The championship fight is still open as Hamilton’s main rival Sebastian Vettel finished in the second place, after starting from P2 on the grid. Vettel made a brave move at the start, taking the lead from pole-sitter Hamilton in Turn 1.

Vettel’s lead lasted for six laps when Hamilton returned in front. After that, Hamilton was unchallenged until checkered flag on lap 56, crossing the finish line 10.143 seconds ahead of Vettel. 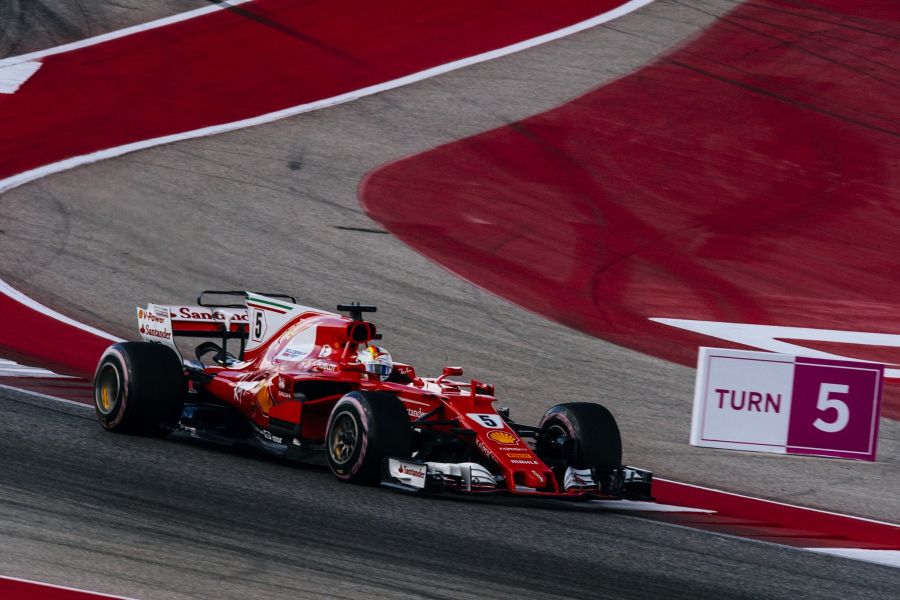 Kimi Raikkonen make it a double podium for Scuderia Ferrari. He lost P3 in the last lap to Red Bull’s Max Verstappen, but the young Dutchman received 5-sec time penalty because of leaving a track and gaining an advantage when passing Raikkonen.

Verstappen made a greatest progress of all drivers, after starting 16th on the grid. His teammate Daniel Ricciardo retired early, on lap 16, due to engine problem.

Valtter Bottas was fifth at the end. Esteban Ocon (Force India) was sixth, ahead of Carlos Sainz Jr (Renault), who was the last driver in leading lap. Sergio Perez (Force India) finished 8th, ahead of Felipa Massa (Williams) and Daniil Kvyat (Toro Rosso).

Check the full results of the United States Grand Prix

With three more races on a schedule (Mexico, Brazil, Abu Dhabi), the championship fight is still open, at least mathematically. Hamilton has 66 points more than Vettel, with 75 points as maximum to score. On the other side, Mercedes AMG F1 Team clinched Manufacturers’ title today.