Rink, Brink and Leisen are VLN champions for 2018

The 43rd DMV Münsterlandpokal was the last round of the 2018 VLN Langstreckenmeisterschaft Nürburgring. Christopher Rink, Danny Brink and Phillipp Leisen, a trio in the #490 BMW 325i of Pixum Team Adrenalin Motorsport became the champions after they scored the sixth win of the season in the V4 class for production cars over 2.500 ccm. 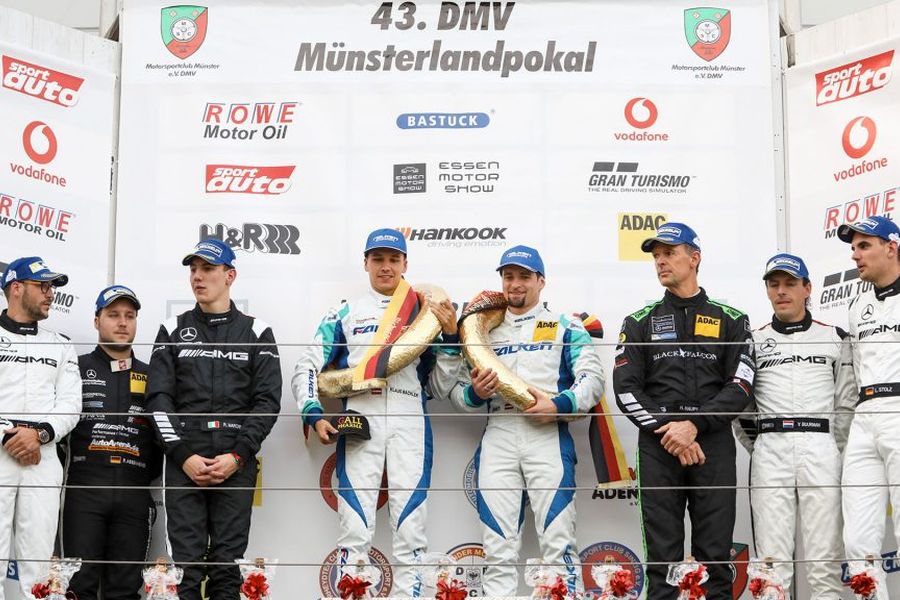 Podium of the 43rd DMV Münsterlandpokal

With two victories in the season and two third-place finishes, Falken Motorsports has won the VLN Speed Trophy, the special classification for the top vehicles of the series.

Check the full results of the 43. DMV Münsterlandpokal