Denny Hamlin (Joe Gibbs Racing) wins the 61st running of Daytona 500, the greatest North American stock car and the opening round of the Monster Energy NASCAR Cup Series. For the 38-year-old driver of the #11 Toyota Camry, it’s the second triumph at Daytona 500, three years after his first win in 2016.

It was the very emotional victory for all at Joe Gibbs Racing team, just five weeks after the death of JGR president J.D. Gibbs. Two other JGR drivers Kyle Busch and Erik Jones made it even better, finishing in the second and third place respectively.

Hamlin won the race after a restart on Lap 206, crossing the finish line 0.138 seconds ahead of Kyle Busch. Five late cautions left 14 cars on the lead lap at the finish. It’s Hamlin’s 32nd victory in the NASCAR Cup Series, and it broke a 47-race drought. He made it with new crew chief Chris Gabehart. 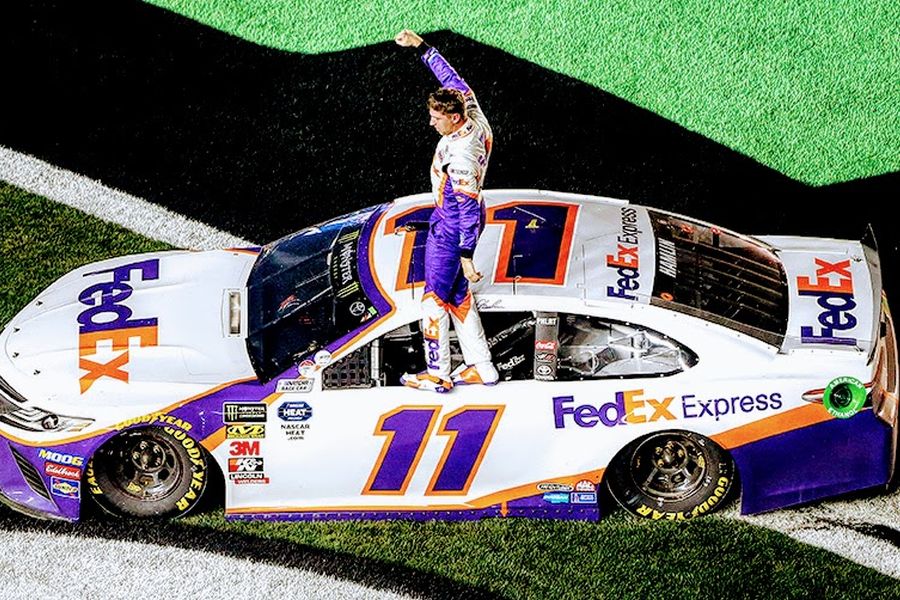 Denny Hamlin is celebrating his second win at Daytona 500

“It was just one of those days where I felt like it was meant to be. Hats off to Kyle as well. I know he was eagerly wanting his first victory in the Daytona 500, but today we just weren’t going to be denied. The whole Gibbs family — they did so much for me over the course of my career. This one is for J.D. We’re desperately going to miss him the rest of our lives. His legacy still lives on through Joe Gibbs Racing and I’m proud to do this for them,” said Hamlin.

“J.D.’s name is on that car. That’s his number. J.D. found him. What happened here is really unreal. I just thank the Lord for letting us be a part of this,” team owner Joe Gibbs said. 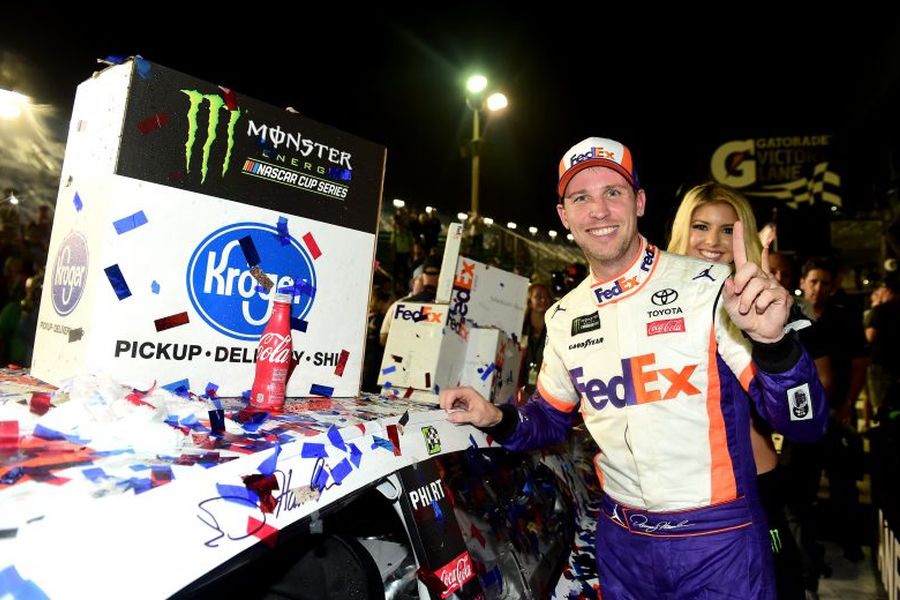 Denny Hamlin in a Victory Lane

Check the full results of the 61st Daytona 500