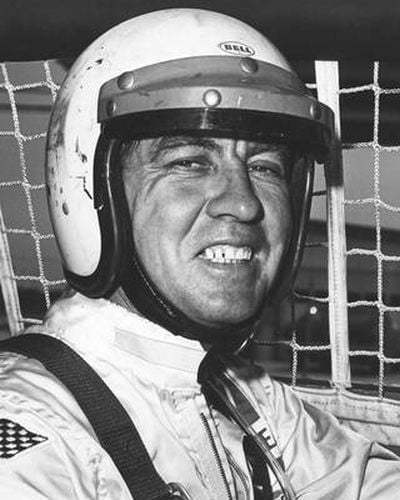 Bobby Isaac was an American stock car racing driver who was the NASCAR Grand National Series champion in 1970. Isaac participated in more than 300 NASCAR races between 1961 and 1976, scoring 37 victories. He died at the age of 45, in the August of 1977, from a heart attack caused by heat exhaustion during the race at Hickory Motor Speedway.

Farmer's son started racing at the age of 17

Robert Vance 'Bobby' Isaac was born on August 1, 1932, in Catawba, North Carolina. Growing up at the farm as one of nine children, he started racing at Hickory Speedway in weekly events at the age of 17. Year by year, he progressed in various racing competitions, reaching the NASCAR Grand National Series in 1961, debuting in the Rex Lovette's Pontiac at Charlotte Motor Speedway.

Two years later, Bobby participated in 27 races of the Grand National Series, driving Bondy Long's Plymouth and Ford. He reached three Top 5 finishes, including a third place at Columbia Speedway, to finish 20th in the points.

Isaac's first victory came in 1964 at the Daytona 500 Qualifying race. He was driving the #26 Dodge for Nichels Engineering. At Daytona 500, Isaac finished 15th. Later in the season, he scored three more second-place finishes, to end the season 18th in the points. In the following three seasons, he collected 25 participations in NASCAR races.

Second place for Bobby in the first full NASCAR season

The season of 1968 was Bobby's first full NASCAR season. He competed in all 49 races of the Grand National Series, driving for Nord Krauskopf's K & K Insurance Racing. He drove six races in the #37 Dodge, and for the rest of the season his car was the #71 Dodge. He scored three wins (Columbia Speedway, Augusta Speedway and Beltsville Speedway) to finish second in the final standings, behind David Pearson and ahead of Richard Petty.

The season of 1969 was even longer, featuring 54 races. Bobby participated in 50 of them, winning 17 times! He also set an all-time record with 20 pole positions. It was enough for 6th place in points. In 1970, Bobby won 11 times, still driving the #71 K & K Insurance Dodge. He took his first and only championship title, winning ahead of Bobby Allison. In 1971, Isaac competed for just half of the season (25 of 48 races), winning four times.

After the incredibly successful period of his career with 32 wins in three seasons, Bobby Isaac scored his last victory in the 1972 Winston Cup Series, which was the inaugural season of the renamed championship. It was also his last season with K & K Insurance Racing. His last victory was in the Carolina 500 race at North Carolina Motor Speedway in Rockingham.

In 1973, Isaac joined Bud Moore Engineering to drive the #15 Ford. He finished second at Daytona 500, which was his best result in the biggest NASCAR race. He had a few good results before August 12 and the Talladega 500 race, which marked the whole season as well as his career. In the middle of the 188-lap race, he made an impulsive decision to withdraw from the race, surprising his pit crew and the team owner Bud Moore. In the remainder of the race, Coo Coo Marlin drove Isaac's car to the 13th place.

'I decided to quit and that was that'

Racing in NASCAR until 1976

After such unusual retirement from the race, Bobby Isaac didn't drive any more in the 1973 season. Everybody thought he would leave racing, but he returned to the race track in February 1974 at Daytona 500, driving the #27 Chevrolet for Matthews Racing and finishing 8th. In the rest of the season, he competed in ten more races with five different cars, with second place at Bristol as his best result.

Bobby competed occasionally in the NASCAR for two more seasons, with six races in 1975 and two races in 1976. His last race was the World 600 at Charlotte Motor Speedway in May 1976. After that, he officially quit racing, competing only in minor series.

Bobby withdrew from the race and died from a heart attack

Unfortunately, one of those races was fatal. On August 13, 1977, he raced at Hickory Motor Speedway in the Winston 200 race of the late model stock cars. With 40 laps to go, Bobby called for a relief driver, collapsing on the pit road due to heat exhaustion. He later died in the hospital from a heart attack.

Except for his NASCAR career, Bobby Isaac was also known as the record holder of 28 speed records, which he set in 1971 at the Bonneville Salt Flats in Utah. He was driving his NASCAR car, the sharp-nosed rear-winged Dodge.