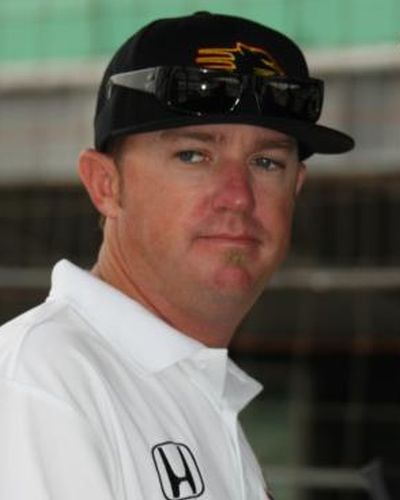 Buddy Rice is an American former racing driver who won two of three greatest American races -  Indianapolis 500 in 2004 and Daytona 24 Hours in 2009.

Early in a career, he was the 2000 Formula Toyota Atlantic champion and then spent most of a career in the IndyCar before retirement in 2011. He reactivated himself in 2017 for half a season in the IMSA SportsCar Championship. 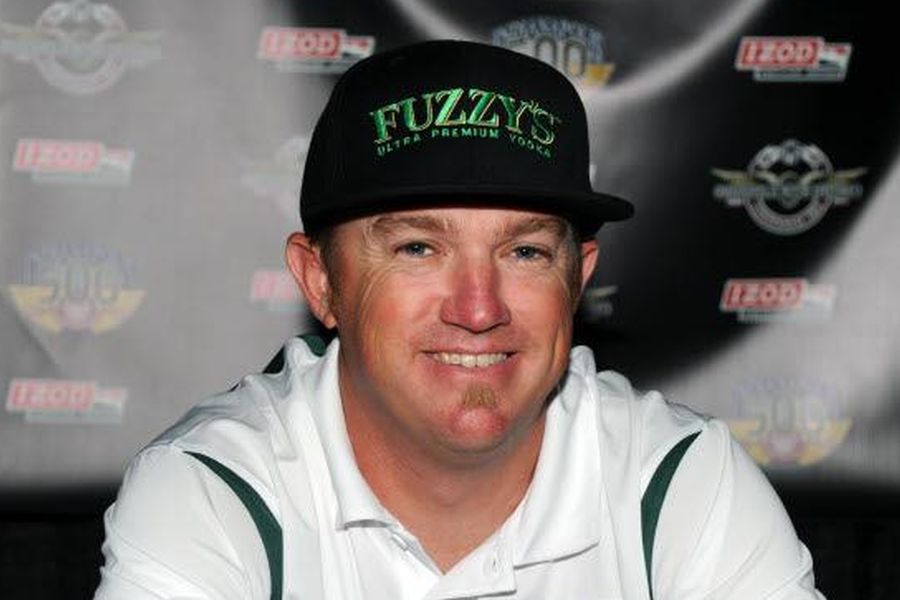 Buddy inherited an interest in racing from grandfather and father

Born in January 1974 in Phoenix, Arizona, Buddy Rice inherited an interest in racing from his Indianapolis-born grandfather and drag racer father. Buddy started his racing career at the age 11 in go-kart competitions.

His professional career started in 1996 when he entered one event of the USF2000 Championship and then participated full season with Lynx Racing in 1997, finishing fourth in the points. In 1997, he also won the Valvoline Team USA Scholarship, representing the US in the Formula Opel Lotus Nations Cup at Donington Park in England. 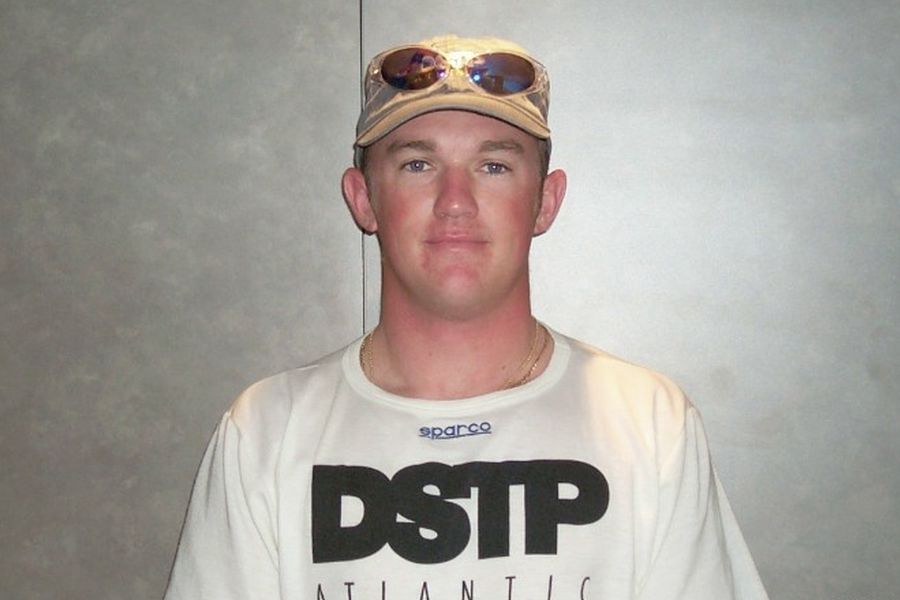 Winning the Toyota Atlantic Championship in 2000

In 1998, Rice entered the Formula Toyota Atlantic Championship with DSTP/Lynx Racing, winning one race to finish seventh in the points. In 1999, he finished fifth in the final classification with four podiums.

And then, in 2000, Buddy became a champion after winning five out of twelve races driving a Swift-Toyota for DSTP Motorsports.

In 2000, Rice also made a debut in sports car racing, joining TRP Racing at Watkins Glen 6 Hours, the last race of the inaugural Rolex Sports Car Series. He was driving Lola B2K/40 prototype.

In 2001, Rice made a step forward to Indy Racing League, joining Red Bull Cheever Racing. He spent a year out of racing, just testing cars, making an IRL debut in July 2002 at Michigan, in the 11th round of the season.

Driving the #53 Dallara-Infiniti, Rice sensationally reached a podium in his Indy Car debut, finishing in the second place, behind teammate Tomas Scheckter. Until the end of the season, he participated in four more races, scoring three top 10 results.

Besides his IRL commitments, Rice returned to Toyota Atlantic Championship in five races and made three starts in the Rolex Sports Car Series with Miracle Motorsports' Riley & Scott MkIII prototype.

In 2003 IRL season, Rice stayed with Red Bull Cheever Racing, making thirteen starts before he was replaced by the more experienced Alex Barron. Rice's best result was 9th place in three races. In his Indianapolis 500 debut, Rice was 11th.

In November 2003, Rice made his only NASCAR start in a career, participating in season's finale of the Craftman Truck Series at Homestead-Miami. Driving the #20 Chevrolet for SealMaster Racing, he finished in 20th place.

For the 2004 IRL season, Rice joined Rahal Letterman Racing and it turned to be his career-best season. He won the Indianapolis 500 in the #15 G-Force (Honda), starting from pole position and leading the most laps (91). The race was shortened to 450 miles due to rain.

Later in the season, Rice added two more wins on his account (Kansas and Michigan) to finish third in the final classification, behind Tony Kanaan and Dan Wheldon.

In 2005, Rice stayed with Rahal Letterman Racing. He finished third in Japanese round at Motegi before having a crash during a practice for Indianapolis 500 so he was forced to sit out the race. Later in the season, he was on a podium one more time at Sonoma, finishing 15th in the championship points.

The season 2006 started tragically when his teammate Paul Dana had been killed in the practice session for the season-opening race at Homestead-Miami, so the team withdrew from the race. Rice retired at Indianapolis 500 and scored no wins or podiums during the season, finishing best in the fourth place at Watkins Glen. He was 15th in the championship standings. 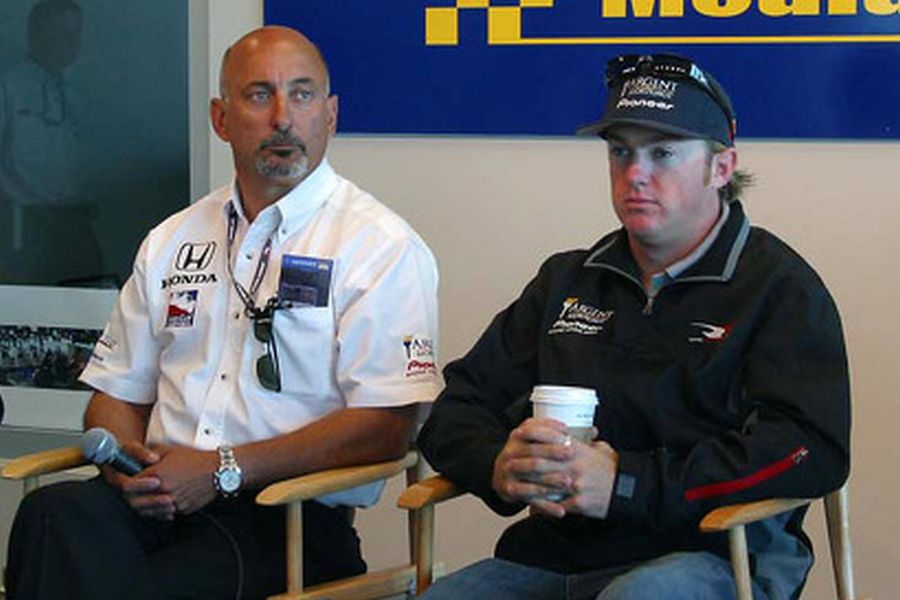 During his Indy Car stint with Rahal Letterman Racing, Rice occasionally participated in sports car races. In February 2005, he made a debut at Daytona 24 Hours, driving the #67 Riley-Pontiac for Krohn Racing/TRG. He didn't finish the race. In 2005, he also participated in International Race of Champions (IROC), finishing in the fourth place after four events.

In 2006, Rice returned to Daytona 24h with Finlay Motorsports, finishing the race in the 11th place with Crawford DP03 prototype. Later in the season, he made one more start in the Rolex Sports Car Series, driving a Riley-Porsche for Brumos Racing at Miller 9 Hours.

In 2007, Buddy Rice represented the Team USA in the A1 Grand Prix Series

In 2007, Rice started a year at Daytona 24 Hours in the #58 Red Bull Brumos Riley-Porsche, finishing far from the top, in 40th place. For the 2007 IndyCar Series season, he joined Dreyer & Reinbold Racing as a teammate to Sarah Fisher. Rice's best result was the fourth place at Iowa and he finished ninth in the points.

In January 2008, Rice returned to Daytona 24h with Brumos Racing, finishing 27th in a Riley-Porsche. In the IndyCar Series, he stayed with Dreyer & Reinbold Racing in 2008. The fourth-place finish at Watkins Glen was his best result and he was 16th in the championship. Between seasons 2007 and 2008, Rice participated in two rounds of the A1 Grand Prix Series, representing the Team USA, but without notable results.

Rice had been released from Dreyer & Reinbold Racing at the end of 2008. He switched his focus to sports car racing in 2009. In January, he won Daytona 24 Hours in the #58 Brumos Racing Riley-Porsche. He was sharing a car with Darren Law, David Donohue and Antonio Garcia.

He joined Brumos Racing in one more race (Watkins Glen) and then moved to Spirit to Daytona Racing to drive their Coyote-Porsche prototype alongside Antonio Garcia. Their best result was the fourth place Barber 250 Miles.

In 2010, he spent a full season in the Rolex Sports Car Series with Spirit of Daytona Racing, sharing the #90 Coyote-Porsche with Antonio Garcia. Their best result was the third place at Watkins Glen 6 Hours.

In 2011, Rice participated in just one sports car race, driving the #5 Riley-Porsche for Action Express Racing at Daytona 24 Hours. Sharing a car with Darren Law, David Donohue and Burt Frisselle, he finished in the ninth place.

Rice ended his professional career in 2011 but he was not out from racing for a long time. In 2013, he decided to try something new, appearing in rallycross events.

After serving as a driver coach in Dreyer & Reinbold Racing's rallycross team, Rice reactivated himself as a driver. He participated at X Games and one round of the Global Rallycross Championship, driving a Volkswagen Polo Supercar for Swedish team Marklund Motorsport.

Buddy Rice had one more return from retirement in 2017, participating in six rounds of the IMSA WeatherTech SportsCar Championship with BAR1 Motorsports. He was a member of the #20 crew in an Oreca FLM09 prototype, competing in the Prototype Challenge class.

Just five cars participated in PC class during the season so Rice was often on a podium, five times in six races. At the end of the season, he finished third in PC class final standings.