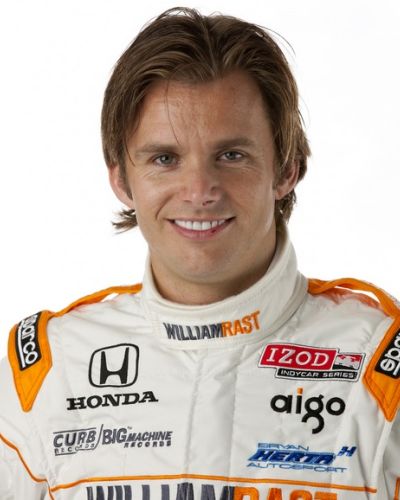 Dan Wheldon was a British racing driver, two-time Indianapolis 500 winner and 2005 Indy Car champion, who died after an accident at Las Vegas Motor Speedway in October 2011, at the age 33. In total, he recorded 128 starts in the Indy Racing League and IndyCar Series, winning 16 times.

Outside open-wheel racing, his greatest success was a victory at 24 hours of Daytona in 2006, together with Scott Dixon and Memo Rojas in Chip Ganassi Racing's Riley-Lexus.

Baby Wheldon started racing at the age of 4

Daniel Clive Wheldon was born on June 22, 1978, in Emberton, Buckinghamshire. His father put him in the go-kart very early, at the age of 4. Dan spent his childhood competing in the British and international karting championships. His first season in the car racing was 1996 when he entered the Formula Vauxhall Junior. In his debut year, Dan finished second in the championship.

Formula Ford was Wheldon's next competition in 1997 and 1998. He finished third, both in the British and European classification, behind Jenson Button. Wheldon's budget was too short for racing in the UK and he decided to move his career to the United States.

Champion in the US F2000 debut season

In 1999, Dan entered the US F2000 National Championship and became the champion in his rookie season. He was driving for Jayhard/Primus Racing and won six of 14 races to dominantly take the title.

Runner-up in the CART Atlantic and Indy Lights championships

In 2000, Wheldon joined PPI Motorsports to drive in the CART Atlantic Championship. Dan has won in first races of the season, at Homestead-Miami. Later in the season, Wheldon won one more time, at Laguna Seca, to finish second in the points, behind Buddy Rice.

In 2001, Wheldon moved to Indy Lights Championship to drive for PacWest Lights team. He won at Gateway International Speedway and Road Atlanta, added five more podiums and finished as runner-up in the points, behind Townsend Bell.

In 2002, Dan debuted in the IndyCar with Panther Racing

IndyCar debut in 2002 with Panther Racing

In his three years in the States, Wheldon showed great winning potential and he stepped up to the Indy Racing League for the last two events of the 2002 season, joining Panther Racing. Wheldon debuted in the IndyCar racing at Chicagoland with a 10th place finish. In the next race, at Texas Motor Speedway, he finished 15th.

For the 2003 season, Wheldon joined Andretti Green Racing as a replacement for Michael Andretti who retired from racing. Wheldon's best result was third place at the season-closing race at Texas Motor Speedway. At his first Indianapolis 500, Wheldon started fifth and crashed after 186 laps, to be classified as 19th. Wheldon took the Rookie of the Year award and finished 13th overall in the 2003 IRL standings.

In 2004, the season started with two podiums at Homestead-Miami and Phoenix International Raceway. On March 21, Wheldon was the dominant driver at Twin Ring Motegi in Japan, grabbing the win from pole and setting the fastest lap. Except his maiden IndyCar win at Motegi, Wheldon scored two more wins at Richmond International Raceway and Nazareth Speedway.

At the 2004 Indianapolis 500, the race was stopped after 180 laps due to a severe thunderstorm. Buddy Rice won the race, and Dan Wheldon finished third behind his teammate Tony Kanaan. Kanaan eventually won the championship, while Wheldon was second.

IndyCar champion and Indy 500 winner in the same year

Wheldon's career-best season followed in 2005 because he won both the Indianapolis 500 race and the IndyCar championship title. Before the start of the IndyCar season, Wheldon participated for the first time at 24 hours of Daytona, partnering Milka Duno, Dario Franchitti and Marino Franchitti in the #2 Howard-Boss Motorsports' Crawford-Pontiac. They didn't finish the race.

At the start of the 2005 IndyCar season, Wheldon had won three of four races, at Homestead-Miami, St. Petersburg and Twin Ring Motegi. At the 2005 Indianapolis 500, Tony Kanaan took the pole and set the fastest lap; Sam Hornish Jr led for the most of the race, but Dan Wheldon took the victory. The race ended under the yellow flag. Wheldon became the first British-born winner of the Indy 500 since Graham Hill in 1966. Later in the season, Wheldon won at Pikes Peak International Raceway and Chicagoland. With record number of six wins and nine podiums, Wheldon became the IndyCar champion.

After three seasons with Andretti's team, Wheldon joined Chip Ganassi Racing for the 2006 season. In January, Wheldon partnered Scott Dixon and Casey Mears at 24 hours of Daytona. The #02 Riley-Lexus prototype won the race.

Wheldon was also victorious in the opening race of the 2006 IndyCar season at Homestead-Miami, beating Helio Castroneves by 0.0147 seconds. At Indianapolis 500, Wheldon started third and finished fourth.

Tied up with Hornish in the championship standings

After five podiums during the season, Wheldon won the last race of the season at Chicagoland to collect 475 points, same as Sam Hornish Jr. As Wheldon had only two wins against Hornish's four wins, Hornish was declared the 2006 IndyCar champion.

During the 2006 season, Wheldon was close to a deal with BMW Sauber Formula One team, but he refused to sign the contract. He said that team didn't guarantee him a secure seat. Instead of moving to Formula One, Wheldon stayed two more seasons with Chip Ganassi Racing.

The season of 2007 started with a retirement at 24 hours of Daytona and with a victory at Homestead-Miami. It was Dan's third consecutive win in Miami. Later in the season, he won at Kansas and added four more podiums to finish fourth in the championship points.

A similar results followed in 2008, which started with one more retirement at Daytona 24-hour race. Wheldon again scored two IndyCar wins, at Kansas and Iowa, and he again finished fourth in the points.

For 2009, Wheldon returned to Panther Racing

Wheldon was released from Chip Ganassi Racing before the end of the season, so he joined Panther Racing at the non-championship race at Australia's Surfers Paradise in October. In the 2009 season, Wheldon finished second at Indianapolis 500 behind Helio Castroneves. In the rest of the season, Wheldon had only two Top 5 results and he finished 10th in the points.

Wheldon left Panther after being 2nd at Indy 500

In 2010, Wheldon repeated the second place at Indianapolis 500. It was the third straight runner-up finish for Panther Racing at Indy 500. With two more podiums at Chicago and Kentucky, but without wins, Dan finished ninth in the final classification. Panther Racing management wasn't satisfied with Wheldon's results and he was fired at the end of the season.

At the start of the 2011 season, the former champion and Indy 500 winner Dan Wheldon was without a ride. He joined Bryan Herta Autosport in the one-off entry at Indianapolis 500. Wheldon sensationally won the race, ahead of rookie JR Hildebrand, who was his replacement in Panther Racing. Hildebrand was in the lead until the last turn of the last lap, but then he hit the outside wall. As his wrecked car was slowly going down the frontstretch, Dan Wheldon passed by him and took the victory. What a sweet revenge it was for Dan Wheldon towards Panther Racing bosses.

Champion without a team was helping Dallara

In the rest of the season, as a driver without a team, Wheldon helped IndyCar and Dallara to test the new IndyCar chassis, developed for the 2012 season. In October 2011, Wheldon joined Sam Schmidt Motorsports for the last two races of the season. At Kentucky Indy 300, he finished 14th.

And then the October 16th came. Wheldon was driving the #77 car for Sam Schmidt Motorsports at Las Vegas. He qualified 29th but agreed to start from the last place (34th) as a part of the organizer's five million dollar challenge. He could win the prize if he had won the race starting from the last place.

Unfortunately, the race lasted just eleven laps. On lap 11, the 15-car wreck happened, with a few drivers suffering severe injuries (Will Power, JR Hildebrand, Pippa Mann). Dan Wheldon's injuries were fatal and he was pronounced dead two hours after he came to the hospital. The cause of death was a blunt force trauma to his head.

The race wasn't restarted; instead, the drivers decided to pay tribute to Wheldon with a five-lap salute. Wheldon's death was the first in IndyCar since Paul Dana was killed at Homestead-Miami in 2006. Unfortunately, it wasn't the last, because Justin Wilson died after an accident at Pocono Raceway in October 2015.

Dan Wheldon's life prematurely ended after 128 IndyCar starts and 16 victories, including two wins at Indianapolis 500. By some, Wheldon was one the best single-seater racers ever who never competed in Formula One.

Wheldon was married to Susie Behm since 2008. He was the father of Sebastian (born in 2009) and Oliver (born in 2011). After Dan's death, many acts of honor gave us memories to his life. From the 2012 IndyCar season, the new Dallara chassis was named DW12.

At St. Petersburg, where Wheldon lived, the street was named Dan Wheldon Way. The Robo-Pong endurance karting event, in which Wheldon won in 2005, was renamed after Dan Wheldon. That race also established the Sue Wheldon Fund in the Alzheimer's Association.