Ninian Sanderson (1925-1985) was a Scottish racing driver who was active during the 1950s and early 1960s. His greatest success in a career is a victory at 24 Hours of Le Mans in 1956. He won together with Ron Flockhart in a Jaguar D-Type. A year later,  Sanderson finished second at Le Mans, sharing a Jaguar D-Type with Jock Lawrence. 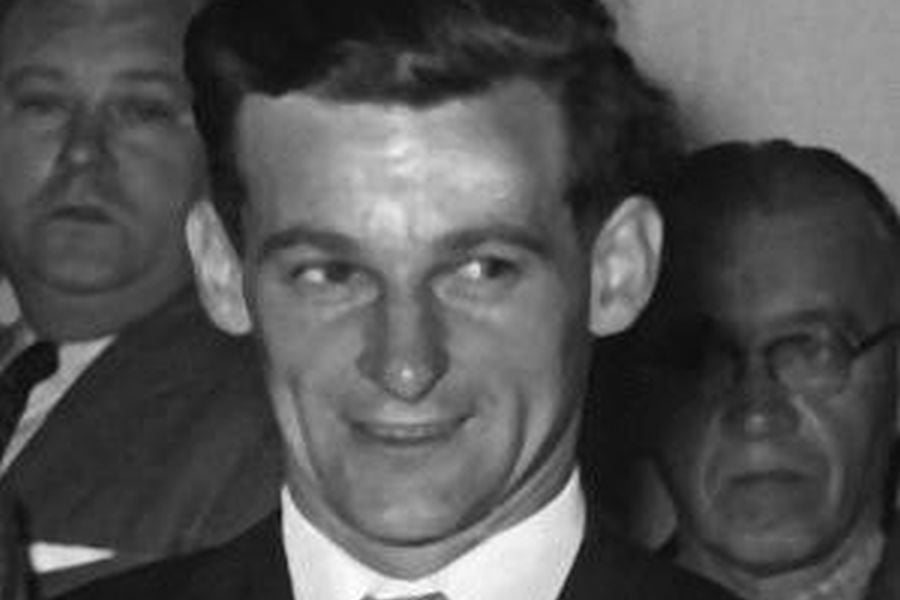 Starting a career in the Formula 3

Born in Glasgow in May 1925, Ninian Sanderson started his career in the early 1950s, competing in the 500cc Formula 3 races. In sports car races, he was driving a Cooper-Bristol or Jaguar C-Type, mostly in national events.

In July 1953, he recorded his first international race, driving a Jaguar C-Type for Ecurie Ecosse at Reims 12 Hours. He and James Scott Douglas finished in the fourth place. Later that year, they also competed at Nurburgring 1000 Km, finishing in the tenth place.

In 1954, Sanderson continued to drive Jaguars for Ecurie Ecosse in national events and occasionally outside the UK. In August 1954, he won Zandvoort International in a Jaguar C-Type.

Le Mans debut in 1955 with Triumph

Sanderson made a debut at 24 Hours of Le Mans in June 1955, not with Jaguar but with Triumph TR2. He was sharing the #28 car with Bob Dickson, finishing 14th overall and fifth in S2.0 class in a race marked by the greatest tragedy in the history of motorsport.

Later that year he raced with Ecurie Ecosse Jaguars, scoring several notable results, such was 2nd place at Goodwood 9 Hours or victory at Aintree International.

In May 1956, Sanderson was the winner at Spa Grand Prix in a Jaguar D-Type.  Then, in June, he partnered Ron Flockhart at Reims 12 Hours to finish fourth.

In 1957, Sanderson started a season with fourth place at Buenos Aires 1000 Km, together with Roberto Mieres in a Jaguar D-Type. In the following months, he raced at Spa and Nurburgring and then, in June, he returned to Circuit de la Sarthe.

As a defending winner, he was sharing the #15 Jaguar D-Type with Jock Lawrence. In a race dominated by Jaguars, with five cars among top 6, Sanderson/Lawrence finished second behind teammates Ron Flockhart and Ivor Bueb in the #3 car.

In March 1958, Sanderson made a debut at Sebring 12 Hours. He was sharing the #8 Jaguar D-Type with Ivor Bueb, not finishing the race. A few months later, Sanderson and Jock Lawrence were partners again at Le Mans but their race lasted just two laps because of a broken engine.

In 1961, Sanderson rejoined Ecurie Ecosse at Le Mans, driving the #45 Austin-Healey Sebring Sprite together with William MacKay. They retired because of an accident after 40 laps. In 1962, Sanderson and Peter Bolton came together to Le Mans in a TVR Grantura, retiring after just three laps.

After all those unsuccessful attempts at Le Mans, Sanderson finally scored a great result in 1963, in his last appearance at the world's greatest endurance race.

He and Peter Bolton was driving the #3 AC Cobra Daytona Coupe, finishing seventh overall and the first in GT+3.0 class.