Sebastien Philippe is a former French racing driver who spent the most of his career in Japan, participating first in Japanese Formula 3 and then from 2001 to 2009 in the Japanese GT Championship (Super GT Series). He was the Japanese F3 champion in 2000 and Super GT vice-champion in 2006. Earlier in a career, he was a champion in the French Formula Renault Campus series. 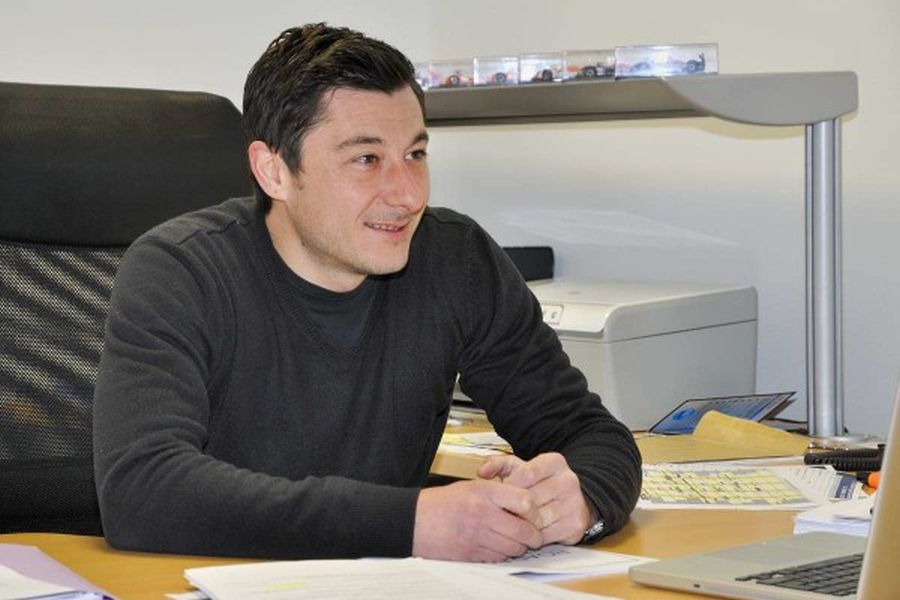 Born in February 1975, Sebastien Philippe spent his teenage years in karting competitions, winning the Junior World Cup in 1991. After participating in World Karting Championship in 1991 and 1992, it was a time to progress to bigger racing machines.

In 1993, his first season of car racing, Philippe became the French Formula Renault Campus champion. He spent two more years in the Formula Renault Championship, finishing in the eighth place both in 1994 and 1995.

Three seasons in the French Formula 3

The next step in Philippe's career was the French Formula 3 in 1996. In his first season, he was driving a Dallara-Fiat for ASM, scoring two podiums to finish tenth in the points. In 1997, he switched to Dallara-Opel and scored his maiden F3 victory, finishing sixth in the final classification. Outside championship, he was fifth at Monaco Grand Prix and second at Masters of Formula 3.

In 1998, Philippe was driving an Elise 396-Renault in the French Formula 3 Championship, not scoring wins or podiums to finish 13th in the points. In 1998, Philippe also made a one-off appearance in the French GT Championship, driving a Venturi 400 Trophy at Charade Circuit. In July 1998, he joined David Terrien and Steeve Hiesse at Spa 24 Hours, finishing 10th overall and first in Spa2.0 class in the #36 Peugeot 306 GTi 16.

In 1999, Sebastien Philippe started his Japanese career, joining Team Inging in the Japanese Formula 3 Championship. He was driving a Dallara-Toyota in his first Japanese season, finishing third in the points behind Darren Manning and Toshihiro Kaneishi.

For the 2000 Formula 3 season, Philippe joined Mugen Dome Project to drive the #10 Dallara-Honda. He won three races and took the championship title ahead of his teammate Yuji Ide. In 2000, Philippe also made a debut in the Japanese GT Championship, joining First Racing to drive a Ferrari 550 Maranello at Suzuka 1000 Kilometers. Sharing a car with Fabien Giroix and Masahiro Kimoto, he didn't finish the race. 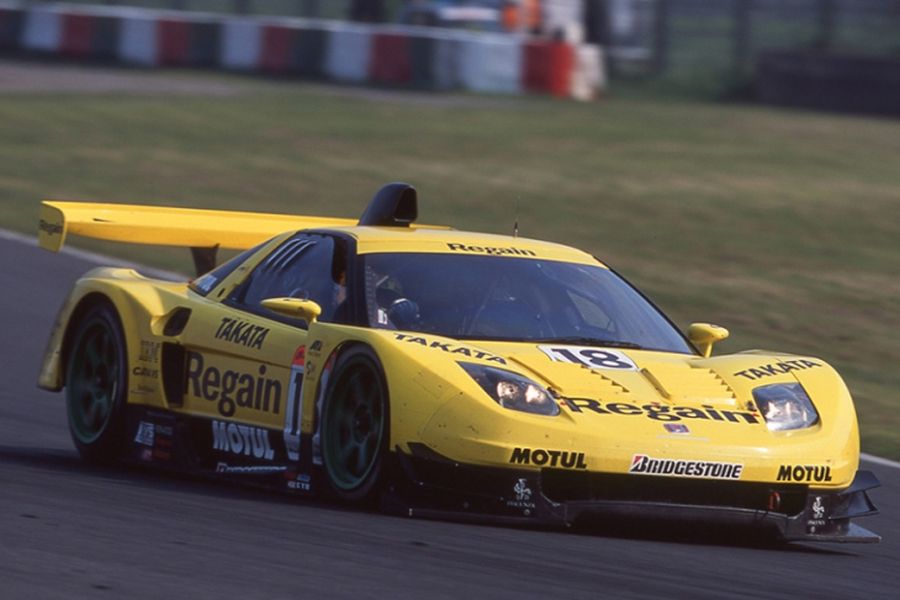 In 2001, Japanese GT Championship became Philippe's main and only competition. He was driving the #18 Honda NSX for Dome Project in the premier GT500 class, sharing a car with Hiroki Katoh (four rounds) and Benoit Treluyer (three rounds). Third place in the season's last race at Mine Circut was his best result and he finished 16th in the points.

In 2002, Philippe stayed in the #18 Honda NSX but his new co-driver was Richard Lyons. They won a race at Twin Ring Motegi to finish ninth in the final classification of GT500 class. In 2003, Ryo Michigami joined him in the #18 Honda. They were race winners at Fuji Speedway, finishing seventh in the final classification. In 2004, Sebastien Philippe and Ryo Michigami continued to share Dome Racing's #18 Honda NSX. Not scoring wins or podiums, they finished a season 14th in the points. 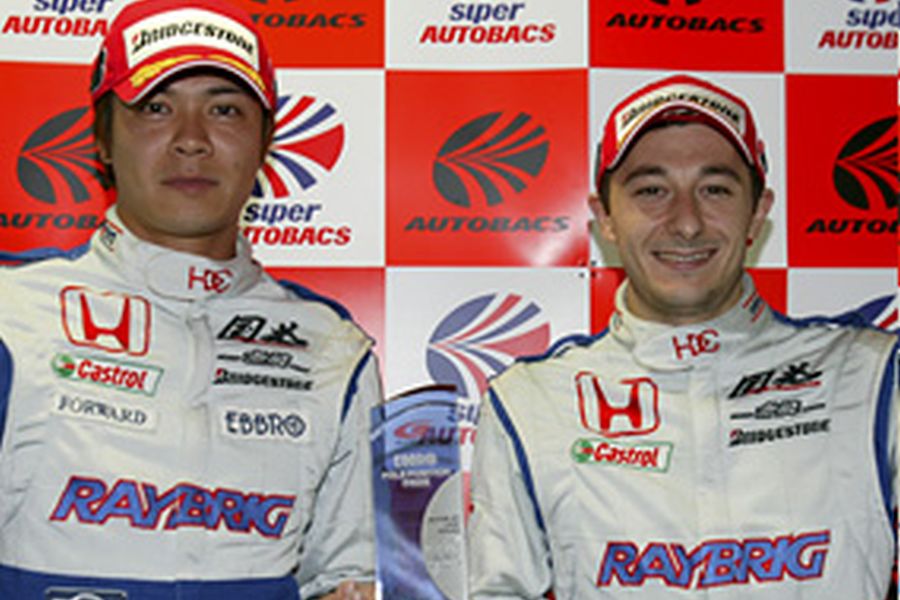 For the 2005 season, the first under Super GT Series name, Philippe joined Raybrig Team Kunimitsu to drive the #100 Honda NSX alongside Jeremie Dufour. They were winners at Motegi, finishing 14th in the final points.

The season 2006, Philippe's last in a Honda NSX, turned to be his most successful year in Japanese GT competition. He and Shinya Hosokawa scored one victory (Motegi) and two more podiums to finish second in the championship, just one point behind Andre Lotterer and Juichi Wakisaka. 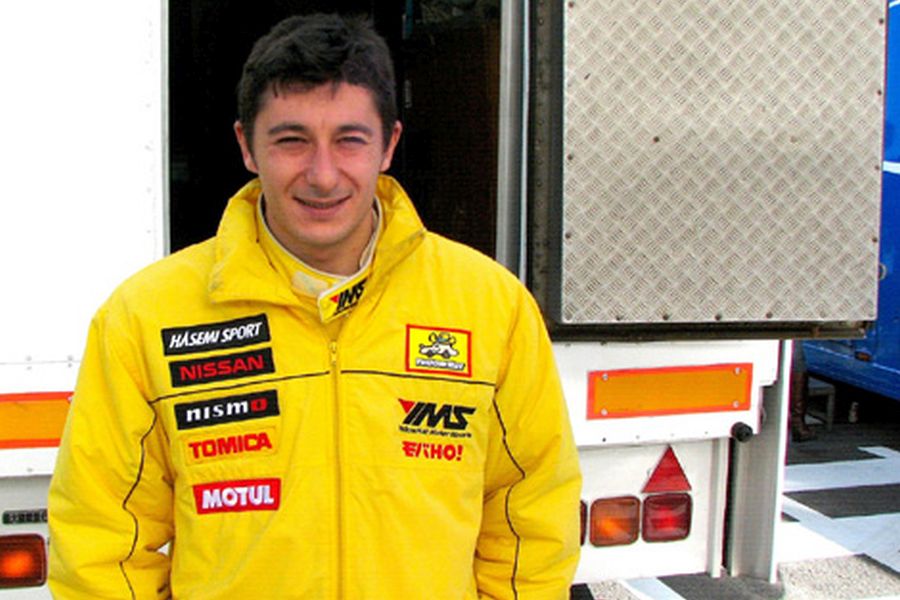 Sebastien Philippe was driving for Hasemi Motorsport in 2007

After six seasons with Honda, Philippe switched to Nissan in 2007, driving the #3 Nissan Fairlady Z for Hasemi Motorsport and sharing a car with Masataka Yanagida. Without wins or podiums, they finished 12th in GT500 standings.

In 2008, Sebastien Philippe joined another Nissan team, moving to Calsonic Team Impul to drive the #12 Nissan GT-R. His co-driver was Tsugio Matsuda in eight rounds and Dominik Schwager in one round. Philippe and Matsuda won Suzuka 1000 Kilometers and season's finale at Fuji, finishing fourth in the points. The season 2009 was Philippe's last in a career. He spent it in the #12 Nissan GT-R, sharing a car with Tsugio Matsuda and ending a year 11th in the final classification.