Goodwood Circuit is a historic racing venue located next to the Goodwood House near Chichester, West Sussex, that currently hosts some unique motorsport events such as the Festival of Speed or Goodwood Revival.

Goodwood Circuit was opened in September 1948 by Freddie March, the 9th Duke of Richmond. Over the next decades, the circuit hosted many open-wheel and sports car races, among the most known were Glover Trophy, RAC Tourist Trophy and Goodwood 9 Hours. The circuit closed its gates in August 1966.

In 1993, the Goodwood Festival of Speed was established by Lord March, the 11th Duke of Richmond, on the old hillclimb track next to the Goodwood House. Then, in 1998, fifty years after an original opening, the Goodwood Circuit re-opened its doors again for the inaugural Goodwood Revival, a three-day festival for cars and motorcycles that races on the original circuit. 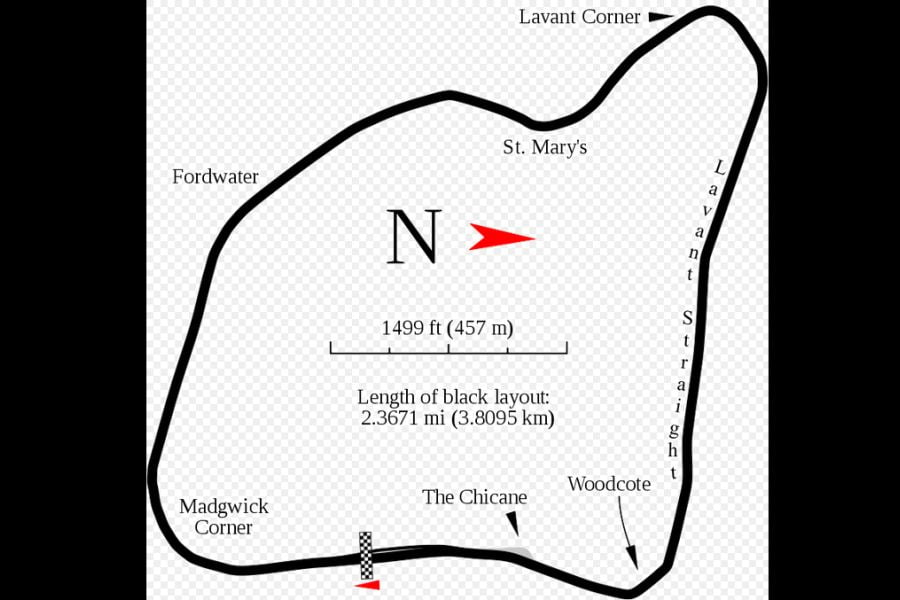 The race track was built on the site of RAF airfield

The 9th Duke of Richmond (1904-1989), better known as Freddie March, was a racing enthusiast and he opened a hillclimb track next to the Goodwood House in 1936. During World War II, the RAF Westhampnett airbase was located on Duke’s land.

After the war, the Australian fighter pilot Tony Gaze suggested Freddie March that the roads around the airfield would be a good location for a race track. Freddie turned that idea into a reality and opened the Goodwood Circuit on September 18, 1948, driving his Bristol 400 around the 7-turn 3.862 km (2.4-mile) circle in front of 15,000 spectators. 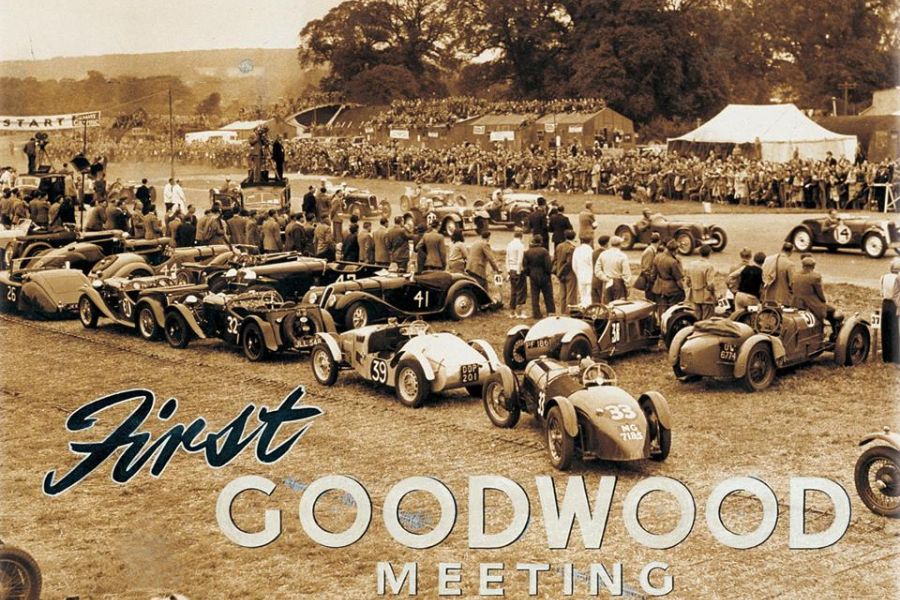 Pycroft, Parnell and Moss as the first winners at Goodwood

That day, several races took place at a new circuit with 85 drivers participating. The first race was organised by the Junior Car Club and the winner was Paul de Ferranti Pycroft in a Pycroft-Jaguar.

The winner of the Goodwood Trophy was Reg Parnell in a Maserati 4CLT while Stirling Moss took the 500cc class victory in a Cooper. Moss won the British F3 Championship in that car in 1948.

Next year, in the spring, the inaugural Richmond Trophy took place at Goodwood Circuit, later known as the Glover Trophy.

From 1949 to 1965, it was a regular non-championship Formula 1 event, together with some other races on the same track, such were Goodwood Trophy, Lavant Trophy, Madgwick Cup, Sussex Trophy or BARC F1 Race. In that period, the British F1 Grand Prix was taking place at Silverstone, Aintree and Brands Hatch. 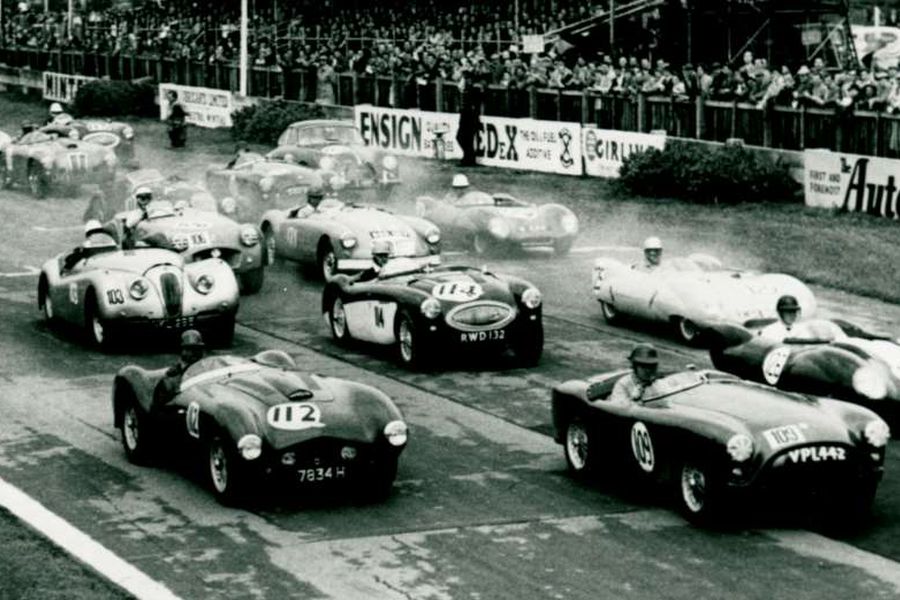 A picture from early days of Goodwood Circuit

Reg Parnell dominated in the early days of Goodwood

The 1962 Glover Trophy was remembered as the last race for Sir Stirling Moss. After starting from pole in a Lotus-Climax, he crashed on Lap 37 and sustained injuries which ended his career. 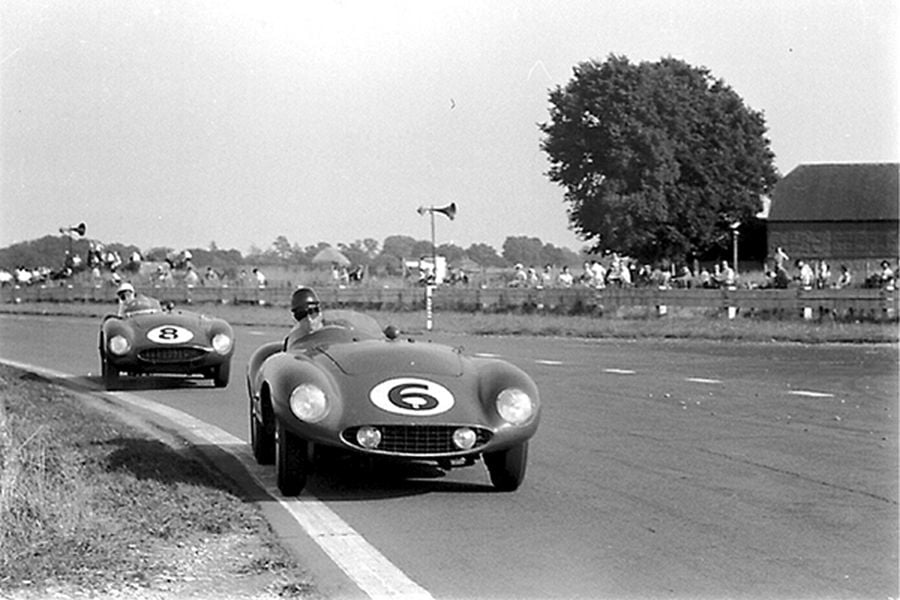 In August 1953, Reg Parnell and Eric Thompson triumphed in the #4 Aston Martin DB3S, defeating previous winners Collins and Griffith. The third consecutive win for Aston Martin at Goodwood 9 Hours followed in August 1955. The drivers of the #3 Aston Martin DB3S were Peter Walker and Roger Dennis Poore. 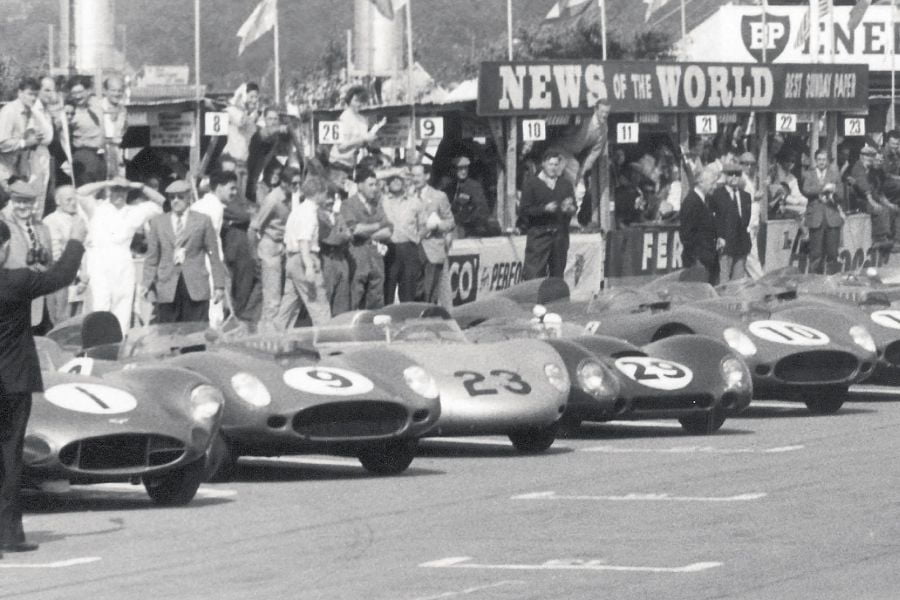 Cars before the start of the 1959 RAC Tourist Trophy

From 1958 to 1964, Goodwood hosted the RAC Tourist Trophy. The race was the last round of the World Sportscar Championship in 1958 and 1959. The first winners of the 4-hour race were Stirling Moss and Tony Brooks in an Aston Martin DBR1/300. The same car was victorious in 1959, driven by Stirling Moss, Jack Fairman and Carroll Shelby, bringing the World Championship title to Aston Martin.

In 1960, the Tourist Trophy was a part of the FIA GT Cup. Stirling Moss clinched his third consecutive victory. This time, he was driving a Ferrari 250 GT SWB. In 1961, the race had the same status and Stirling Moss took his fourth consecutive wins, again in a Ferrari. 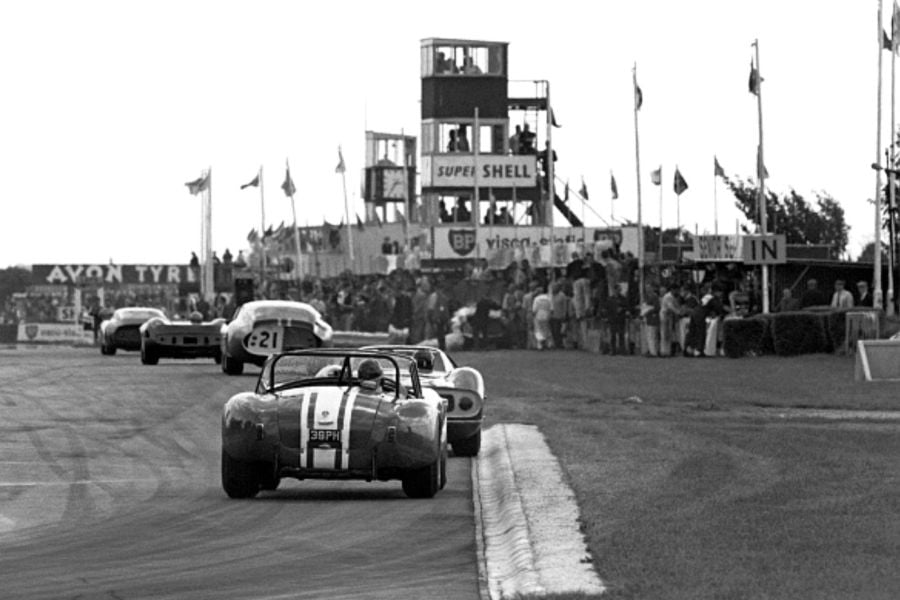 Closing a circuit for racing in 1966

The World Sportscar Championship didn’t return to Goodwood in 1965 and the circuit hosted one F1 non-championship race plus several sports car events. In 1966, the racers gathered at Goodwood over four racing weekends and then, in August, the circuit closed its gates.

The owners didn’t want to modify the track by adding chicanes to reduce speeds, what was a request from motorsport sanctioning bodies.

The record holders with the fastest lap of 1 minute 20.4 seconds are Jim Clark and Jackie Stewart.

The Goodwood Circuit was closed for racing after 1966 but it was opened for testing purposes. Unfortunately, one of those tests resulted in a fatal accident in which Bruce McLaren lost a life.

On June 2, 1970, he was testing a McLaren M8D Can-Am car when a rear bodywork failure caused a spin at Lavant Straight. The car hit a bunker near the track and Bruce McLaren was killed instantly. 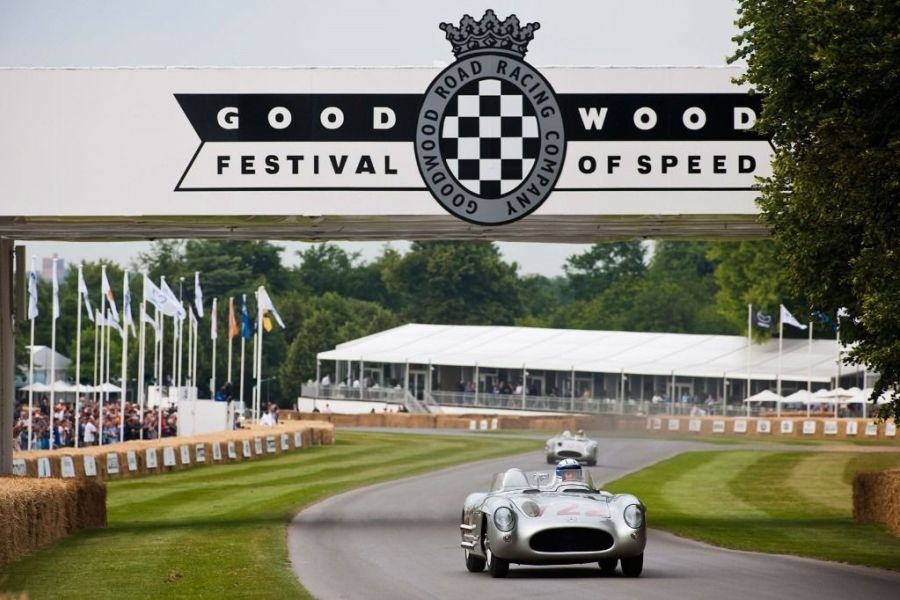 The first Goodwood Festival of Speed was organised in 1993

For many years Goodwood Circuit was a historic racing site without racing events and then, in summer 1993, the modern history begun with the inaugural Goodwood Festival of Speed. Lord March initially wanted to bring back racing to Goodwood Circuit but he didn’t have necessary permits so he organised the event at the hillclimb track. 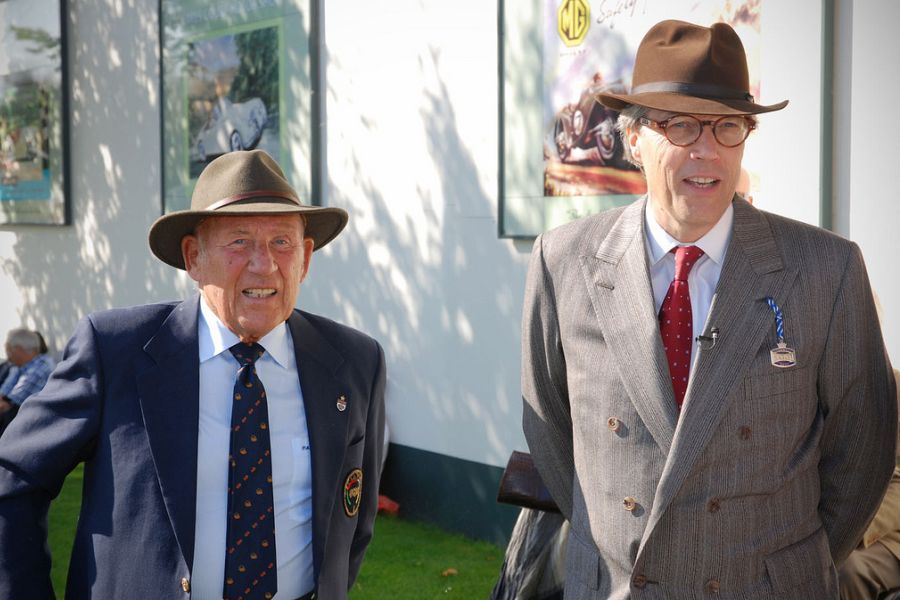