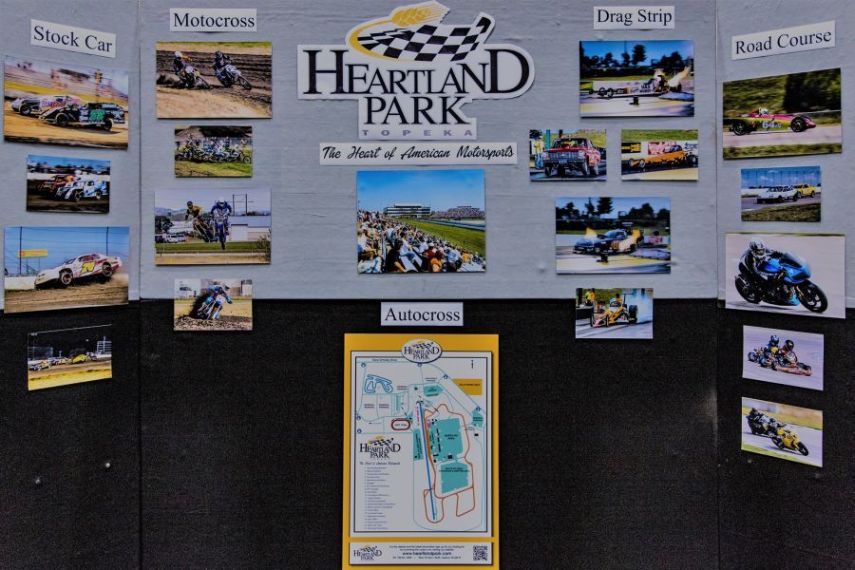 Heartland Park was opened in 1989 and it served as the venue for different national and local racing competitions since then, including NHRA (National Hot Road Association), SCCA, IMSA, ARCA and NASCAR Truck Series races. After surviving financial crisis few times, a new chapter of the Heartland Park’s story was opened in 2016 with a complete repavement of the 2.5-mile road course, so it’s ready to host many new competitions in the future.

Geoff Brabham was the first race winner at Topeka

The first plans for the new racing facility near Topeka were introduced in 1987, the construction began in 1988 and the 2.5-mile road course was opened in August 1989. The major first race was the IMSA Camel Grand Prix. In front of 25,000 spectators, Geoff Brabham became the first winner in the Nissan GTP ZX-Turbo.

The IMSA Championship returned to Topeka two more times. In 1990, Juan Manuel Fangio II won the race, followed by Chip Robinson a year later. During the 1990s, the drag strip became the busiest part of the facility hosting the NHRA tour and it’s still today the main national championship in Topeka.

In 1995, another major competition came to Topeka – the NASCAR Craftsman Truck Series in its inaugural season. It was the first road course on the Truck Series’ schedule. Ron Hornaday Jr won the inaugural race at Topeka. Mike Skinner, Joe Ruttman, Stacy Compton and Mike Bliss were the winners in the next four season. NASCAR left Topeka after 1999 and never returned.

In 1999, a temporary dirt track was constructed on top of the drag strip. It was so successful that a permanent clay/dirt track was built and opened in April 2001. 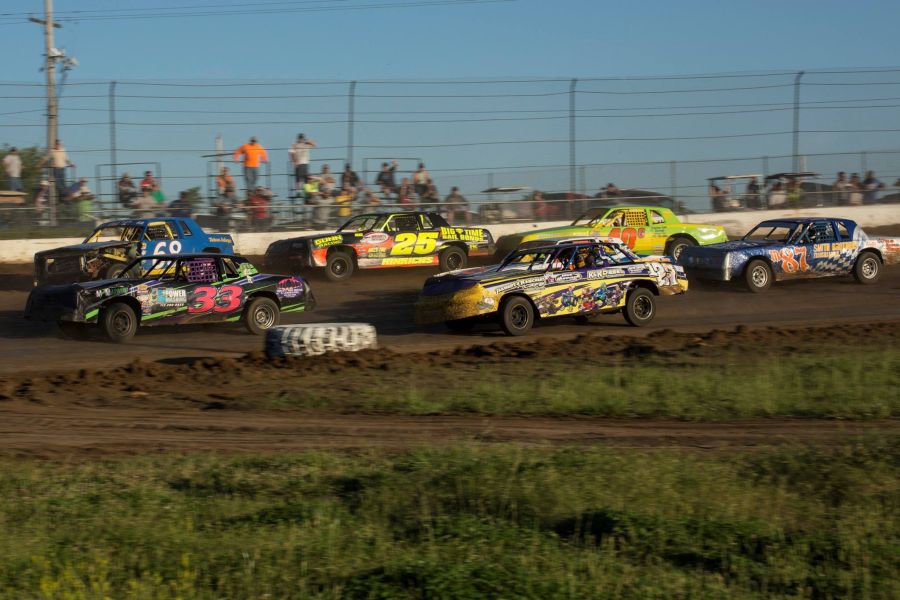 The permanent dirt track was built in 2001

Parallel to occasional major races on the different tracks, the facility was struggling with financial difficulties, not making enough money to fund improvements. While the drag strip was easier to maintain, a road course was decaying and finally lost all major series.There was a serious risk of closure but Ray Irwin, the owner of  Blackhawk Farms Raceway and a committed road-racer, saved the circuit. He purchased the Heartland Park in 2003, immediately starting improvements in all segments.

The road course and the drag strip were separated in 2004

For the 2004 season, the road course and drag strip were fully separated. The start/finish straight was re-routed along the line of the original pit lane. The new Turn 0 was created before the circuit rejoined the old layout. A new pit lane was constructed alongside the straight. 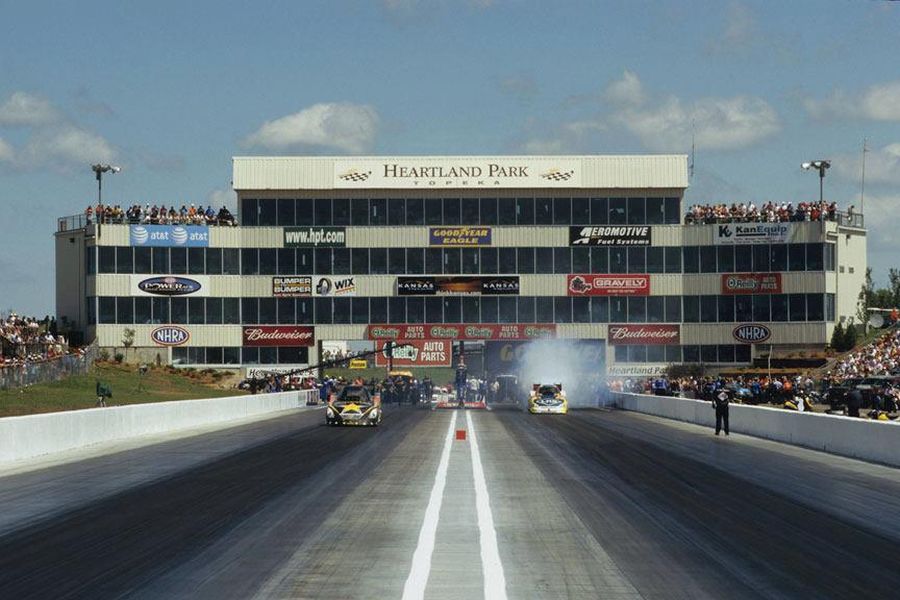 The improvements resulted in a new contract which brought the SCCA National Runoffs to Heartland Park in 2006. The event took place there two more times in 2007 and 2008.

The SCCA National Championship Runoffs is the end-of-year race meeting for SCCA (Sports Car Club of America) competitors from 116 regions. The best racers from across the USA come together to fight for wins in their respective classes.

Many improvements were made for SCCA Runoffs events

In preparation for the first SCCA Runoffs event, Irwin secured funding from Topeka City Council. The $15 million renovations included a new south paddock, 33 permanent garages, several new buildings, a two-story time and scoring tower and revision of some turns. In 2008, further track modifications were made following feedback from the drivers, creating a faster and more flowing circuit. 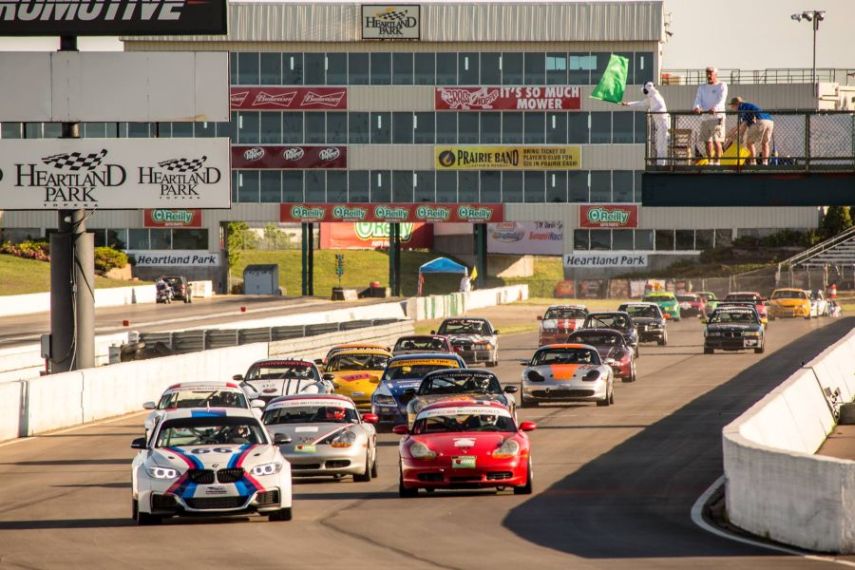 The road course underwent reconstruction in 2016

Following the conclusion of the SCCA contract, the Heartland Park remained a venue for SCCA regional and club racing. The drag strip was popular and had a schedule full of races, but it wasn’t enough to avoid new financial losses. By 2014 the situation had become critical and the circuit was at risk of foreclosure by its bank. In 2014, Topeka City Council purchased the site, intending to lease the facility. In January 2016, the track was purchased by Chris Payne and Todd Crossley of Shelby Development.

In the meantime, the circuit continues to operate with the NHRA Kansas Nationals drag event as the major competition. The road course was in a bad condition until reconstruction in 2016, when the full 2.5-mile layout was completely repaved to be ready for new racing events from 2017 onwards. 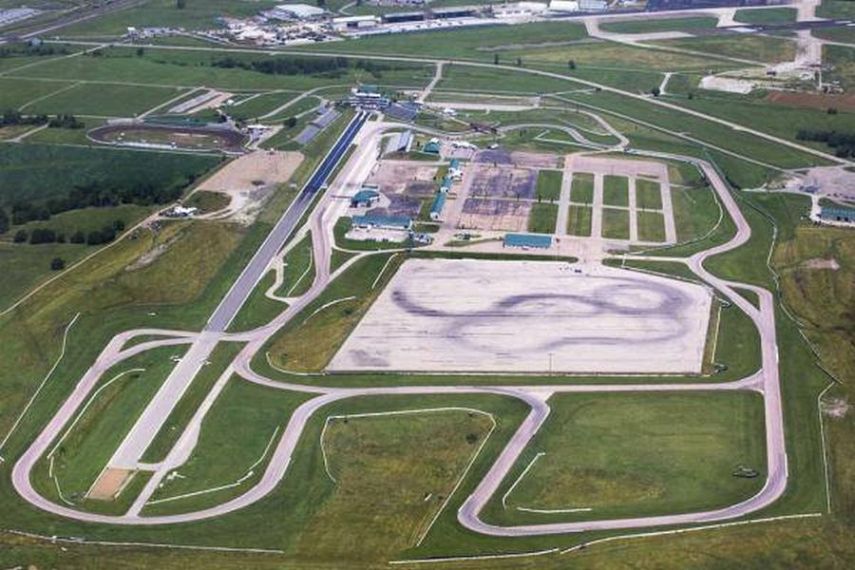