Peugeot 905 is a sports prototype racing car which was in use between 1990 and 1993 by Peugeot Talbot Sport team.  The car achieved two overall victories at 24 hours of Le Mans, in 1992 and 1993, being the first ever Peugeot car to win at the famous endurance race. The car was also the championship-winning entry in the 1992 World Sportscar Championship. 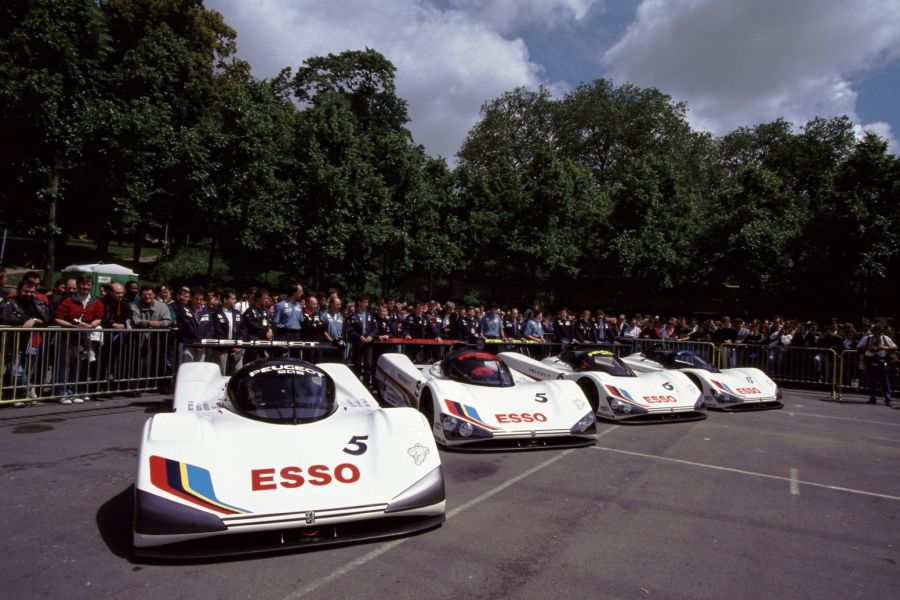 Presentation of Peugeot 905 ahead of 1991 Le Mans race

Jean Todt was leading a development of Group C prototype

After dominating in the final years of the Group B rally cars in the World Rally Championship, the Peugeot Talbot Sport withdrew from rallying to announce its switch to the sports car racing. Under the guidance of Jean Todt, the team started the 905 project in November 1988. It took almost two years until the first competitive appearance of the Peugeot 905 in last two races of the 1990 World Sportscar Championship.

The official launch took place at Circuit de Nevers Magny-Cours in July 1990. The car was built to meet the Group C regulations. The engine of choice was the 3.5L naturally aspirated V10 that was similar to F1 engines of the time. The closed-cockpit 905 was using a carbon fiber chassis engineered by Dassault. 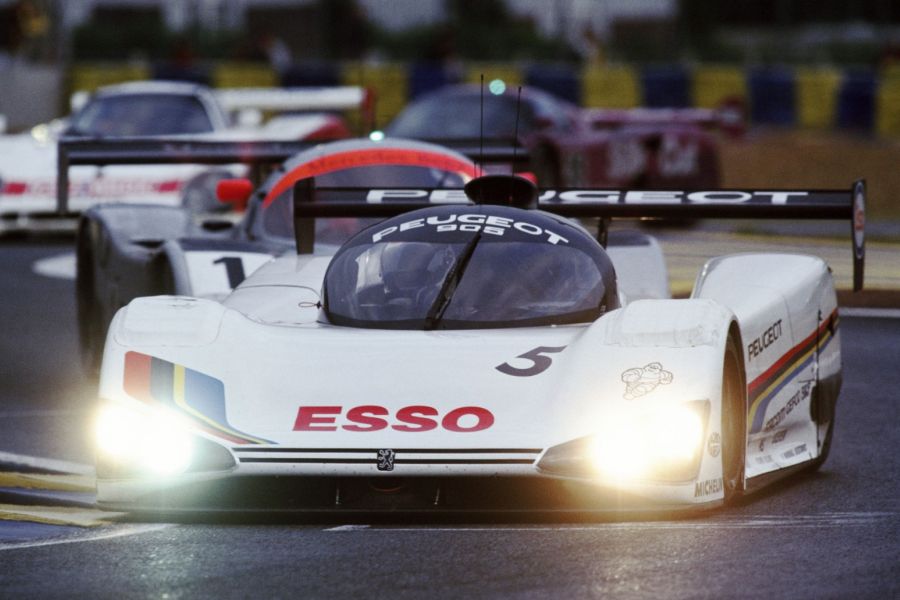 After Jean-Pierre Jabouille was driving a car at the official launch at Magny-Cours, the competitive debut followed at Montreal round of the 1990 World Sportscar Championship in September. Jabouille and Keke Rosberg were driving the #44 car, not finishing the race.

In the next race, at Mexico’s Autodromo Hermanos Rodriguez, they crossed the finish line in 13th place. In that time, the strong rivals in the C1 class were Mercedes-Benz C11, Jaguar XJR-11, Nissan R90CK, Porsche 962C, Toyota 90C-V or Spice SE90C-Ford. 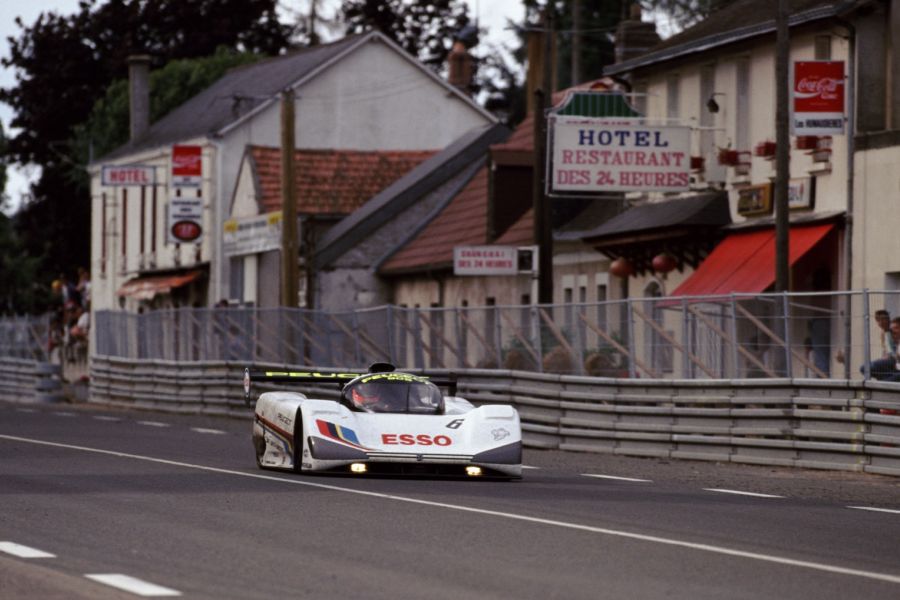 The season 1991 started with a lucky win at Suzuka Circuit, in the first round of the World Sportscar Championship. Mauro Baldi and Philippe Alliot were driving the victorious #5 Peugeot. The other #6 car, driven by Keke Rosberg and Yannick Dalmas, didn’t finish the race.

In the next two rounds, at Monza and Silverstone, the Silk Cut Jaguar XJR-14 took the wins. Peugeot 905 was suffering from some performance and reliability problems which resulted with both cars retiring at 1990 24h Le Mans. Being the only factory team running the 3.5L engines, the French marque had the honor of starting 1st and 2nd, even though they had only set the 3rd and 8th fastest qualifying times. Both cars retired early, the #6 after 68 laps and the #5 after just 22 laps.

Following disappointing results at Le Mans, Peugeot decided to upgrade the 905, so the 905 Evo 1B  was created for the rest of the season. A new car has the more powerful engine and revised aerodynamic package. The team recorded double DNF at Nurburgring and then two consecutive 1-2 wins at Magny-Cours and Mexico.

Keke Rosberg and Yannick Dalmas were the winners in both races, with Mauro Baldi and Philippe Alliot behind them. At the end of the season, Peugeot Talbot Sport was second, behind Silk Cut Jaguar and in front of Team Sauber Mercedes. 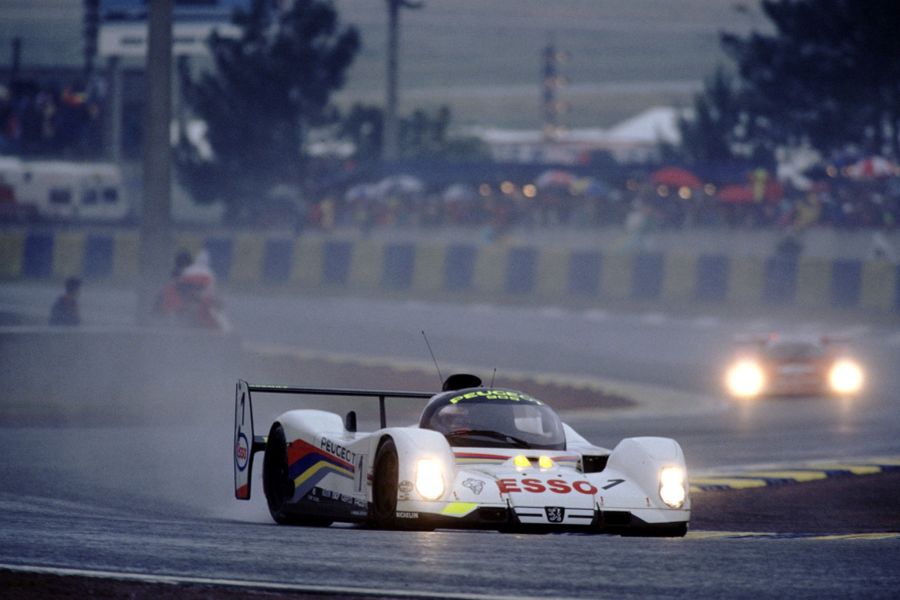 The first ever win for Peugeot at Le Mans

For the 1992 WSC season, Peugeot had slightly revised drivers’ line-up, with Derek Warwick in the #1 car alongside Yannick Dalmas. Phillipe Alliot and Mauro Baldi stayed together in another car. The first win of the season for Dalmas/Warwick came at Silverstone and then the first ever victory for Peugeot at 24 hours of Le Mans.

At Le Mans, Derek Warwick and Yannick Dalmas were joined by Mark Blundell in the #1 car. They won with a 6-lap advantage over factory-entered Toyota TS010. The #2 Peugeot, which started from pole, finished in the third place, driven by Mauro Baldi, Philippe Alliot and Jean-Pierre Jabouille. Peugeot fielded one more car, the #31, which retired after 208 laps. The drivers were Karl Wendlinger, Eric van de Poele and Alain Ferte. 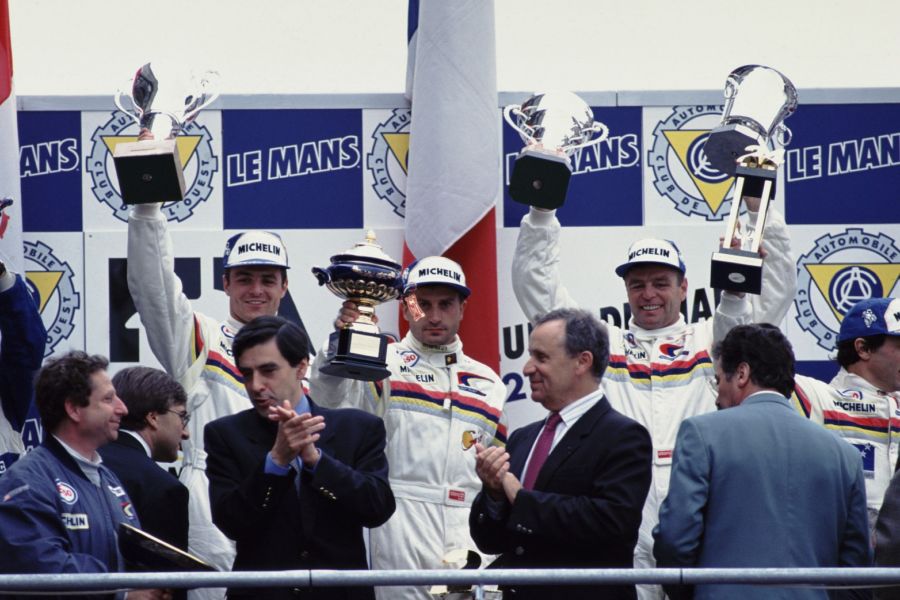 Until the end of the season, Peugeot won all three races, dominantly taking the championship title both in Teams’ and Drivers’ classification. The championship-winning drivers were Dalmas and Warwick.

The 1992 season was the last year of the World Sportscar Championship. Peugeot started a development of the 905 Evo 2, testing a car at the last round of the 1992 championship at Magny-Cours. After the WSC was ceased for 1993, Peugeot concentrated on preparations for the 1993 Le Mans race with 905 Evo 1B. 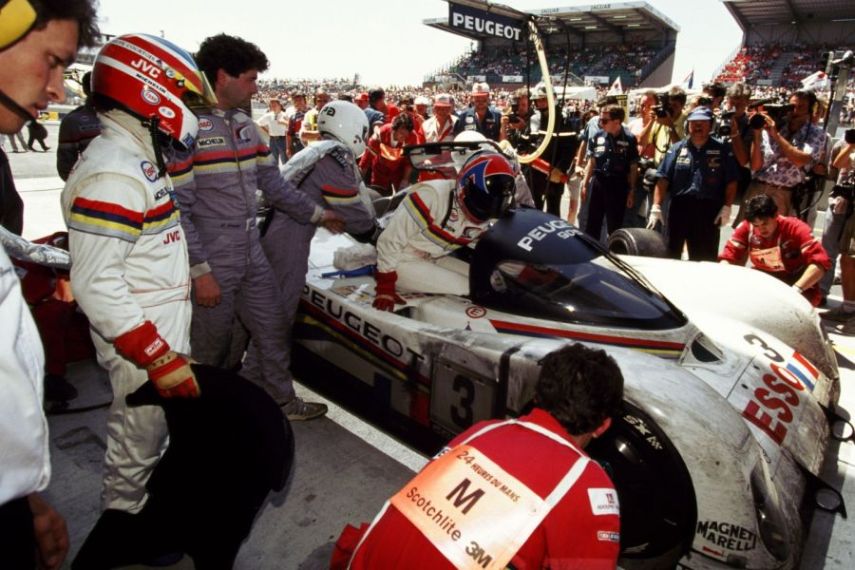 The race was a complete success, with a glorious 1-2-3 victory for the French manufacturer. Eric Helary, Christophe Bouchut and Geoff Brabham were the winners in the #3 car, covering a distance of 5100 kilometers (375 laps). The second-placed car was the #1 Peugeot driven by Thierry Boutsen, Yannick Dalmas and Teo Fabi. Philippe Alliot, Mauro Baldi and Jean-Pierre Jabouille finished in the third place for the second year in a row.

Following this victory, Peugeot pulled out of sportscar racing, switching to Formula One, using the same 3.5L V10 engine that was easily adjusted to F1 regulations.