Pocono Raceway is the only triangle racing track in the NASCAR series, and is considered to be one of the trickiest, but still very popular among drivers.

This track is one of the few in NASCAR that is not owned by the dominant track owners – International Speedway Corporation or Speedway Motorsports Inc. It is run by the Igdalsky family that also owns South Boston Speedway in Virginia. The beginning was very hard for the track owners, but in the 1990s, Pocono raceway was quietly and slowly developed to become what it is now. 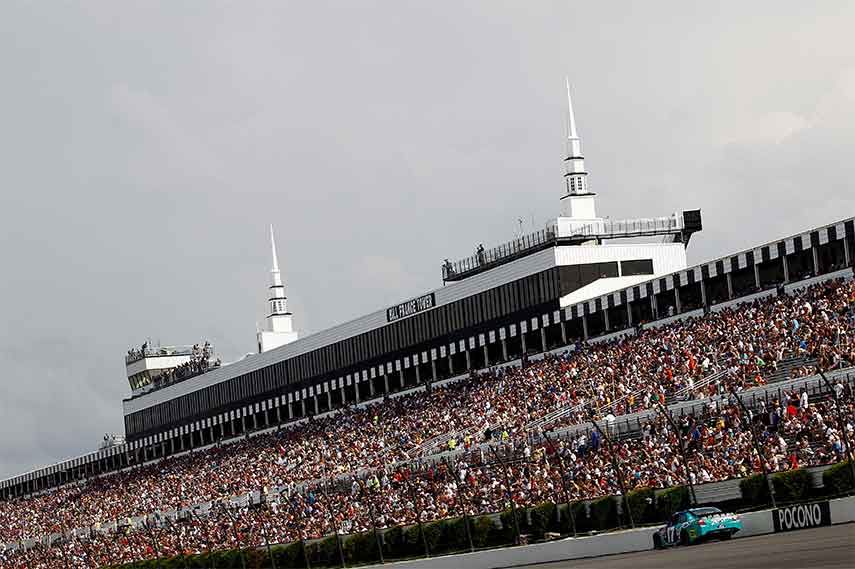 The design is definitely what makes this track so famous and unique. Each turn on this 4 km long track is modeled after turns at three different tracks. Turn 1 was modeled after the old Trenton Speedway that was closed in 1980. Turn 2, which is also known as ‘The Tunnel turn’, was made after a turn at Indianapolis Motor Speedway, while Turn 3 is similar to Milwaukee Mile. The capacity of the stands is about 78.000.

One of the things that also makes Pocono Raceway so interesting is that it is the largest solar-powered sports facility in the world. Energy made of almost 40.000 solar modules is enough for the entire racing complex and helps supply the energy for around 1000 nearby homes. 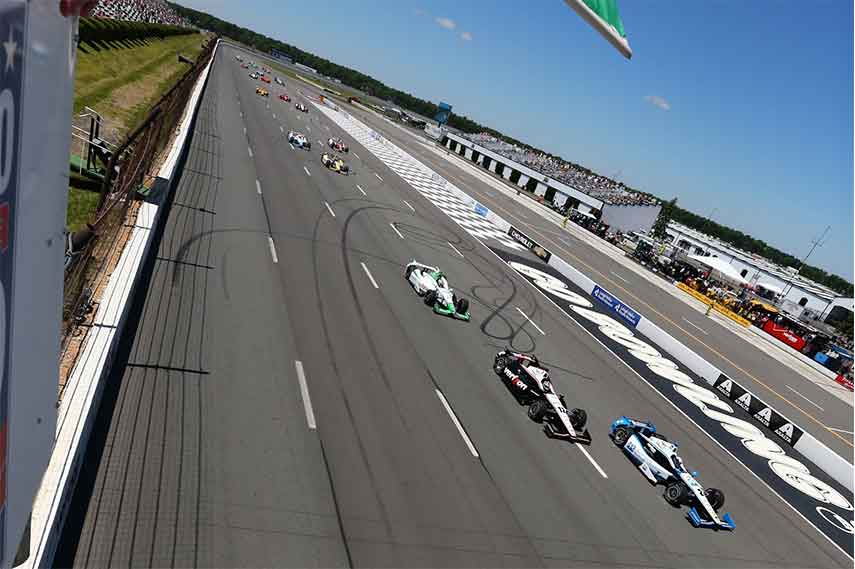 The fact that these turns are different makes this track very tricky for the drivers. The average speed is much lower in comparison to other NASCAR tracks, so the restrictor plates are not needed. Chassis adjustment is playing a much bigger role than it does with other tracks, and it usually has an impact on the final result. The opinions of the drivers about Pocono Raceway are divided and largely depend on their driving style. 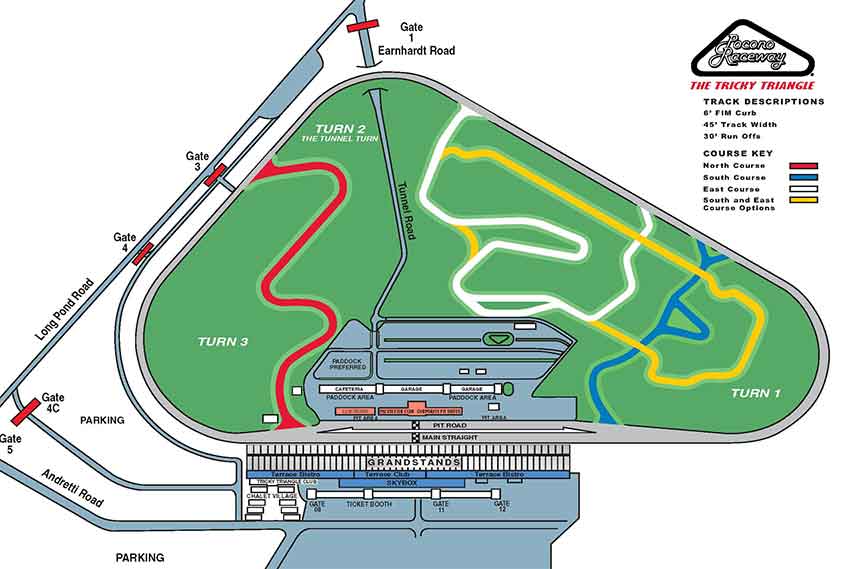 NASCAR Series and IndyCar races are the main events at Pocono

NASCAR Sprint Cup, Xfinity Series, and Camping World Truck Series are regular at Pocono Raceway, with Axalta 400 in June and Pennsylvania 400 In July as the most notable races. IndyCar Series’ 500-mile races were also regular at this track from 1971 to 1989, but they were removed from the calendar after failing to meet the required standards. IndyCar racing resumed at Pocono in 2013, which was a good decision since this track definitely has a special place in the history of the series. Sadly, during the 2015 ABC Supply 500 race, the unlucky Justin Wilson was struck in the head with a part of another car and succumbed to his injuries a day later in the hospital in Allentown.

ARCA Racing Series events are also regular at Pocono Raceway, while CART and USAC races were also held there, just as the IMSA GT championship races.

Video : A lap around Pocono Raceway

Gordon and Foyt are the most successful at Pocono Raceway 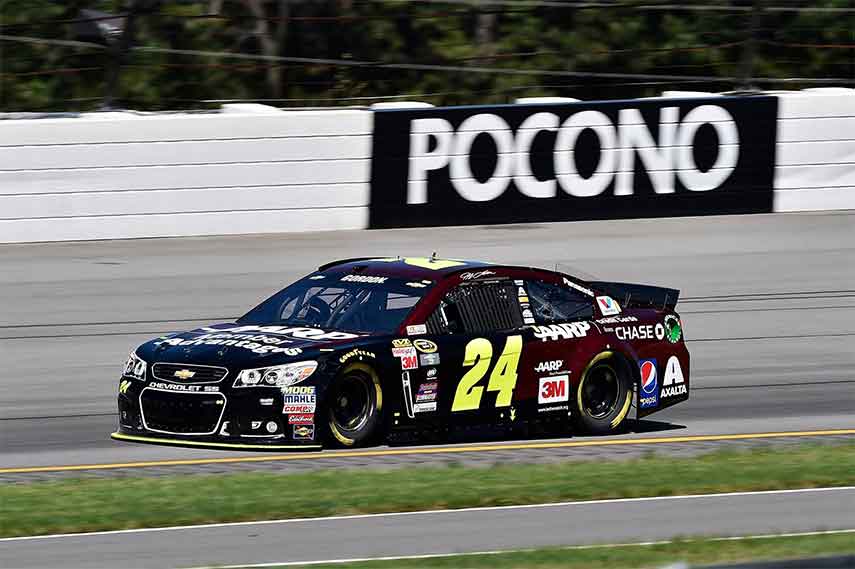 Jeff Gordon is the most successful NASCAR driver at Pocono Raceway

A.J. Foyt leads the IndyCar record with four wins at Pocono. He is also first in most laps led – 142. Johnny Rutherford has seven Top 5 finishes and the same driver shares most Top 10 finishes with Mario Andretti – nine.

Owners have a goal to continue to develop the facility and, as they said, to build something that will be the prettiest, friendliest and cleanest facility in the world. 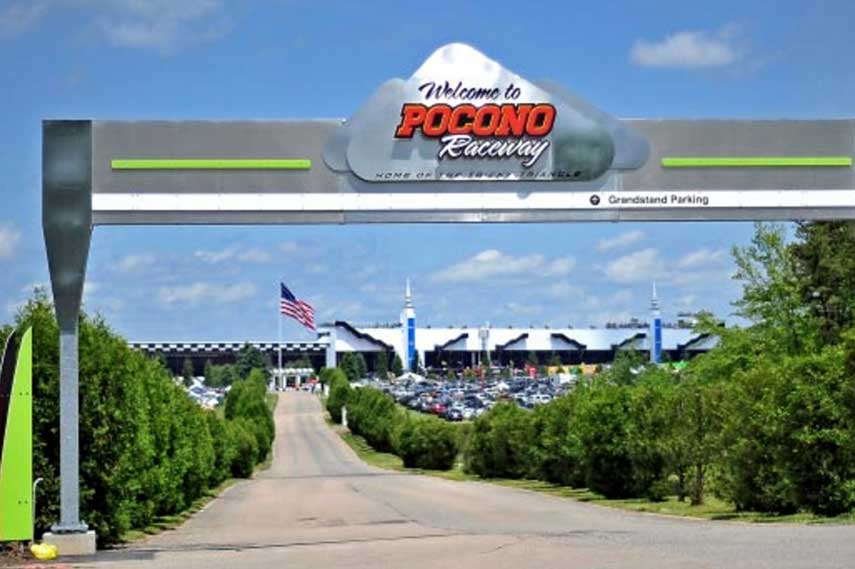