The Hyundai brand will appear in the Kwik Fit British Touring Car Championship for the first time next year, as independent team Excelr8 Motorsport confirms it will design and build two race versions of the Hyundai i30 Fastback N Performance.

The Suffolk-based Excelr8 Motorsport made a debut in the BTCC in 2019 by running two old MG6s that was introduced back in 2012. Now, the team is ready to build its machine under the Next Generation Touring Car (NGTC) regulations. Their car of choice is Hyundai i30 Fastback N Performance, launched in early 2019. The road-legal car features 271bhp powertrain and front-wheel drive.

Excelr8 Motorsport is no stranger to developing new cars, having been responsible for the development, build and global distribution of over 70 Mini Challenge cars, which compete in the John Cooper Works class not only in the UK but also in Japan and China.

The design process for the race version of the i30 Fastback N Performance began in late September. The programme also has the support of key players in Hyundai’s UK Dealer Network. Additionally, with hybrid technology set to be introduced to the BTCC in 2022, Excelr8 is also in consultation with Cosworth Electronics, which will be responsible for the BTCC Hybrid System. 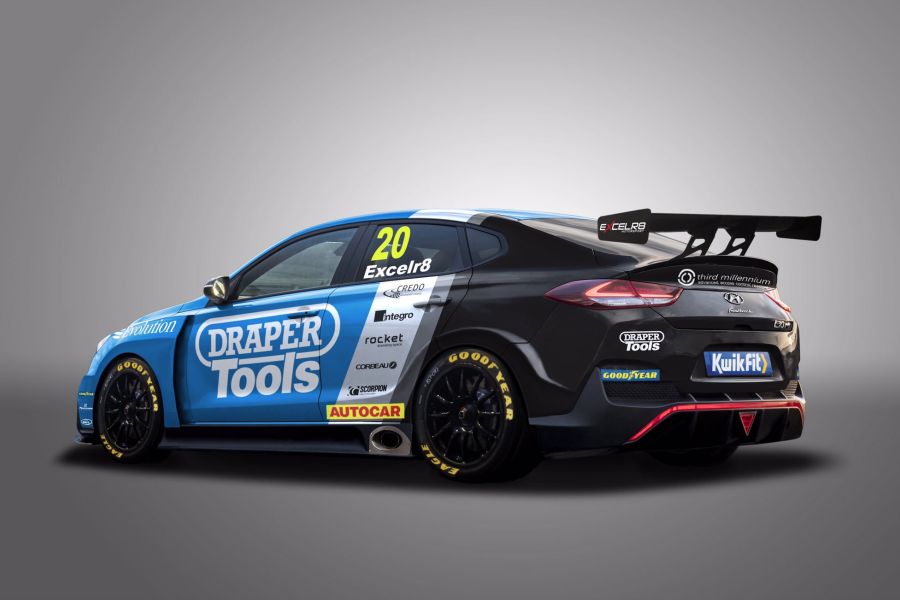 “The build of the Hyundais marks the next stage in our multi-year plan to become a title contender in the British Touring Car Championship. The i30 Fastback N Performance offers a very favourable combination of wheelbase, track width, drag coefficient and torsional stiffness, so we are extremely excited about the prospects of this project. It’s going to be an extremely busy winter, but the whole team is extremely motivated to get the cars out on track as soon as possible,” said Excelr8 Team Principal Oliver Sheperd.

“The 2019 season has been a real success for the team having achieved all the goals we set for ourselves at the start of the season. On track we scored points with both drivers in our first season, and from operational, commercial and presentation points of view we were able to compete with the established frontrunners. With the development of these new cars we should not only be achieving better results, but also deliver increased value for our Brand Partners, especially as we are first out of the blocks with the introduction of hybrid technology,” said Justina Williams, the Team Owner.

“It’s fantastic to see another new marque join the BTCC, this time with Excelr8 Motorsport. When we set the NGTC regulations it was for precisely this purpose, to allow this sort of diversity between teams and drivers. Hyundai is a globally recognised brand, which has made a big impact in other forms of motorsport already. This new project from Excelr8 should make a great addition to the grid. It’s been fascinating to see how the team has grown across its maiden season in the BTCC, and the attitude and work ethic the team has shown while it gets up to speed. It’s no secret that the MGs were one of the oldest chassis on the grid, and the job the team had done to refresh them was very impressive. I look forward to seeing how much of a step forward Excelr8 Motorsport can make with the new-generation Hyundais,” said Alan Gow, BTCC Chief Executive.