Pure ETCR Introduced, Cupra is the First Brand to Enter 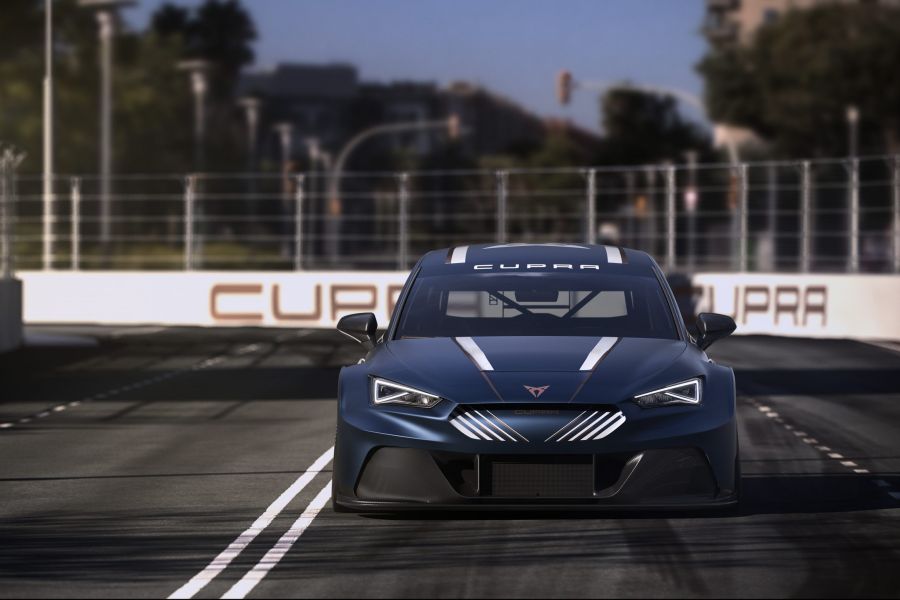 Not only are the cars brand new; so is the event format. To highlight the ultra-high-performance capabilities of the 500kw Pure ETCR vehicles, every car will be put through its paces in a number of short, sharp, wheel-to-wheel battles; each driver pushing their car to its limits with no need for energy-saving tactics.

A live draw will split the PURE ETCR field into Battle groups with drivers from the same manufacturer deliberately kept apart for Battle 1. Cars start side-by-side with the first-drawn driver having first choice on where they line up. Winners progress to the top groups of Battle 2 with runners-up squaring-up against each other and the remaining drivers doing the same. All Battle 2 winners progress to the Grand Final with runners-up in the B Final and the remaining drivers in the C Final.

An increasing number of points are awarded at every stage except Battle 3; a single-car, all-or-nothing blast over one lap to determine who gets first choice of starting position in each final. The Grand Final winner is the event King or Queen and will automatically be the top points-scorer for the round. 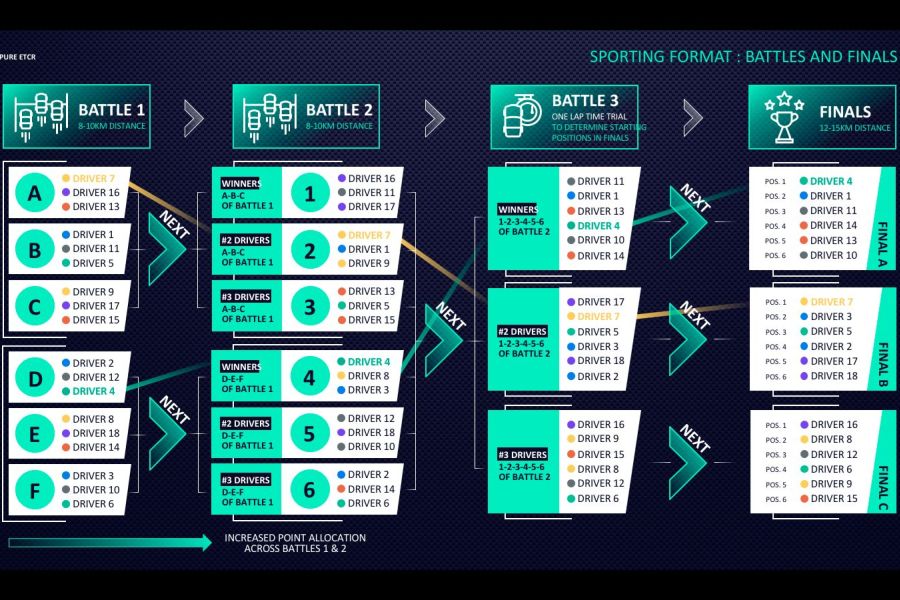 Uniquely among circuit-racing championships, cars will line-up side-by-side for each Battle, inside a giant starting gate, which will become one of the centrepieces of the series. When the lights go out, the gate will open and it’s time for full-throttle action. Once released, every driver will have one use of a ‘push-to-pass’ facility, unleashing extra energy and power to give them a chance to overtake the car ahead. A ‘fightback’ mode – an additional, smaller, power boost – will give the overtaken rival an opportunity to regain the initiative.

Drivers and teams will prepare for Battle in the ‘Hot Zone’ – a connected area where they can watch the action unfold on the track as their team-mates battle for brand honours. Then they head straight to their cars in the starting gates, ensuring an ultra-fast turnover between Battles. After crossing the finish line, cars are taken to the Energy Station; the centre of an interactive zone in the middle of the paddock, where fans can watch the vehicles re-energising up-close in safe and engaging environment. 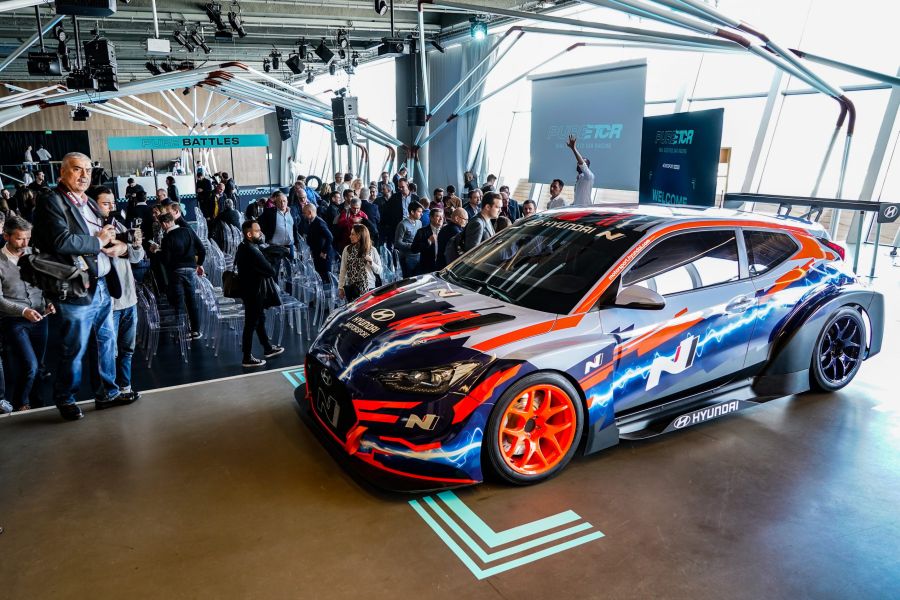 During 2020, showcase events and non-championship racing events will promote the series, the first full championship season with eight rounds will start in 2021. After a promotional event at Goodwood Festival of Speed on July 9-12, the first battles will follow at Salzburgring on July 24-26, as part of a double-header event with the WTCR – FIA World Touring Car Cup. A week later (August 1-2), the series will move to the Copenhagen Historic Grand Prix.

After a summer break, competition will resume at Inje Speedium in South Korea, again with WTCR, on October 16-18.  The final event will be held in Guangdong, China, in November. 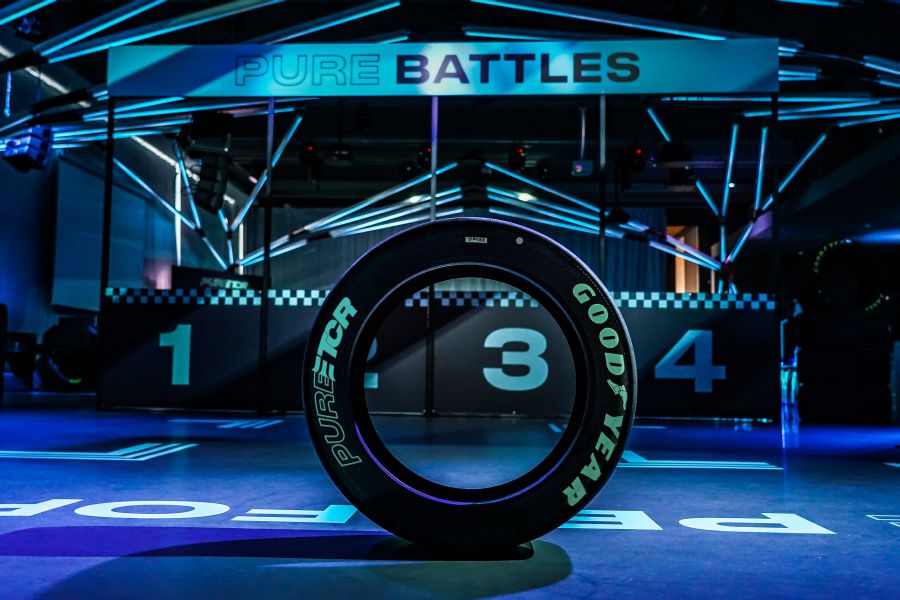 Goodyear has been named as the official tyre supplier of the Pure ETCR, but is also a founding partner of the series. The company will produce a bespoke all-weather product for the series ensuring fewer tyres need to be manufactured than for a traditional race series.

CUPRA is the first brand to confirm entry into Pure ETCR, unveiling of the new e-Racer on Thursday night at their headquarters at Martorell, near Barcelona. Mattias Ekström and Jordi Gené; both winners of major championships during their touring car careers, will be the drivers for the 2020 season.