Formula 1 in the 1970s became very popular, the real show on and off the track. In the following decade, F1 has definitely established as the most popular racing series thanks to the new drivers and powerful cars.

The ’70s were extremely dangerous, with many fatal accidents but the situation has improved in the 1980s. Many drivers were rightfully considered as the superstars, even though they’ve never become World champions, like Gilles Villeneuve. Some drivers like Ayrton Senna or Nigel Mansell were a true force but their best was in the 1990s. On the other side, some heroes from the 1970s, like Niki Lauda, were still successful in the ’80s. The Austrian even managed to take his third championship title in 1984.

However, we will try to concentrate on some of the drivers and great rivals who have reached their peak, in the period 1980-1989, without any special desire to rank them.

The Argentinian started his F1 career in the early 1970s when he was 30-year-old. He won many races and finished third in the championship twice in 1975 and 1978 but his best years were with Williams. 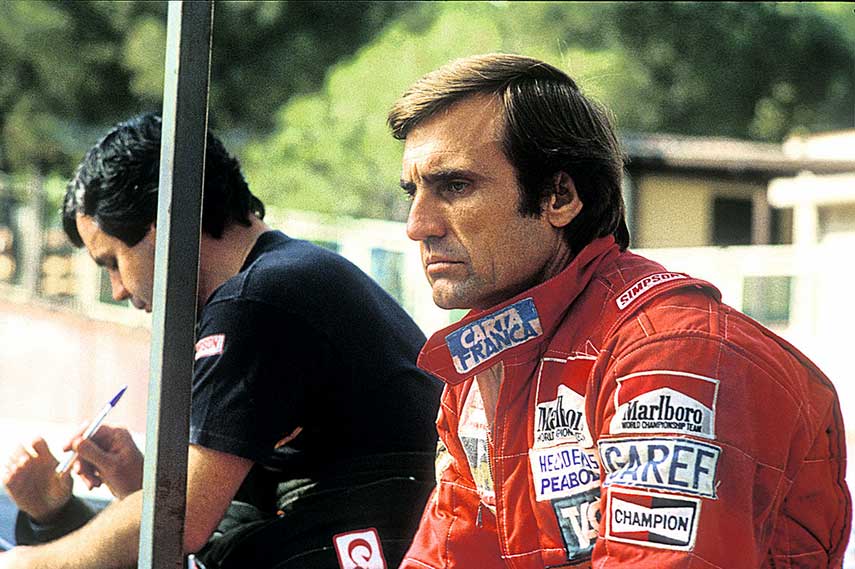 In 1980, Carlos Reutemann was considered as one of the title contenders but he lost the battle with his teammate Alan Jones. Carlos finished third that year scoring one win and other seven podiums. In 1981, he was even closer to the title. With two wins and other five podiums, Reutemann collected 49 points to finish as a vice-champion, losing to Nelson Piquet by a single point. He blew it in the final two events of the season when he failed to score.

He started the season of 1982 with Williams but after the second race of the year retired from the sports. Later he became a very popular and successful politician in Argentina. During his Formula 1 career, Reutemann entered 146 races, scored 12 wins and 45 podiums, scoring 298 points.

Keijo Erik Rosberg, or simply Keke Rosberg, was lucky enough to win F1 crown during his relatively short career which has started with minor teams in the late 1970s. 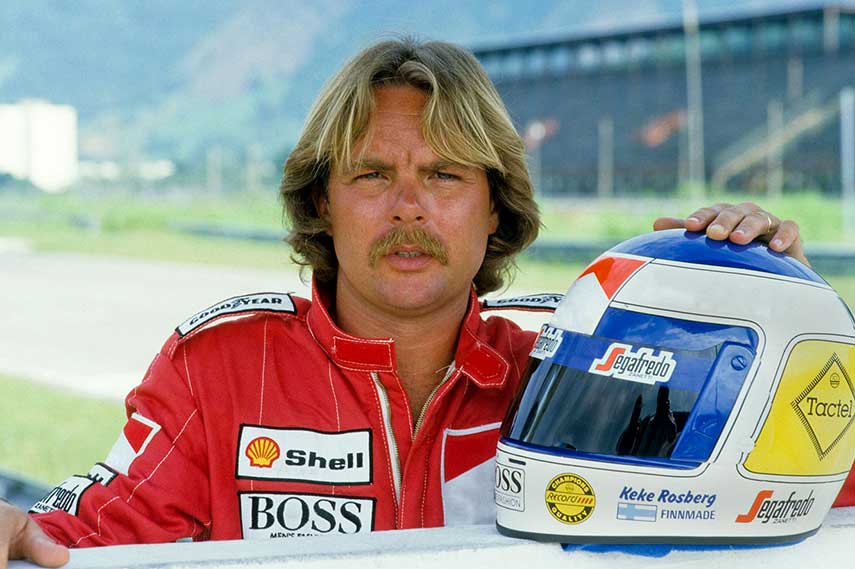 Interestingly, the first F1 driver from Finland scored his maiden race win in the series in 1982, the season in which he won the title as a Williams driver. He triumphed in the Swiss Grand Prix which was held in Dijon, France, and that was his sole win that year which shows how extremely competitive Formula 1 was.

Until 1986, when Rosberg retired from Formula 1, he has scored another four race wins and was third in the Drivers’ championship in 1985. Keke Rosberg, who is the father of F1 driver Nico Rosberg, raced in 114 GP events and scored five wins, 17 podiums, and 159.5 points.

The rise of Williams team started with a championship title won by Alan Jones in 1980. The Australian was a well-experienced driver when he was his only title. Before moving to Williams in 1978, he drove for some minor teams and achieved some success. 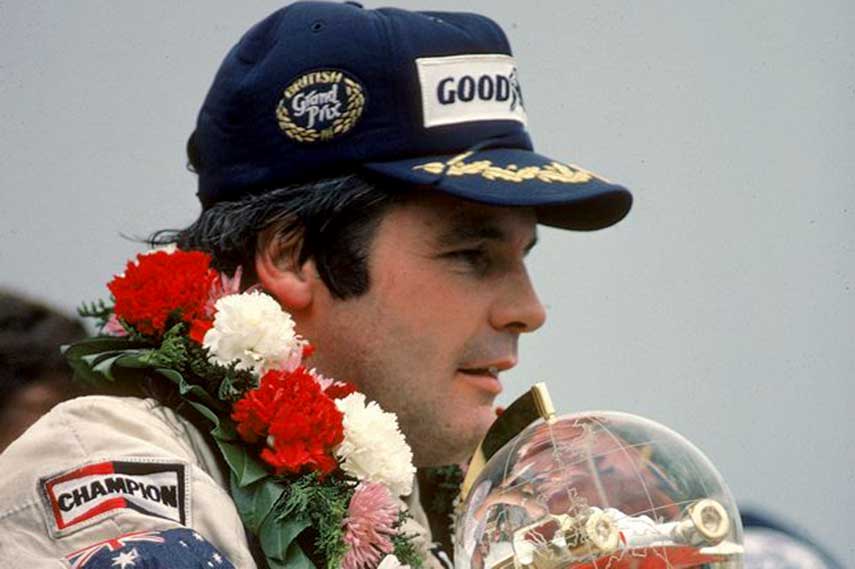 Jones won five out of 14 races in 1980 and finished a season well ahead of Nelson Piquet. The following year, Alan Jones again was among the title contenders, won thrice before finishing third in the final standings, four points behind Piquet and three behind Reutemann.

That was his last full-time season in his Formula 1 career during which Jones competed in 116 races, scored 12 wins and 24 podiums, picking a total of 199 points.

Little Frenchman is not only one of the best Formula 1 drivers in the 1980s but in the history of the sport. Alain Prost won three titles during the 80s, all the time driving for McLaren. 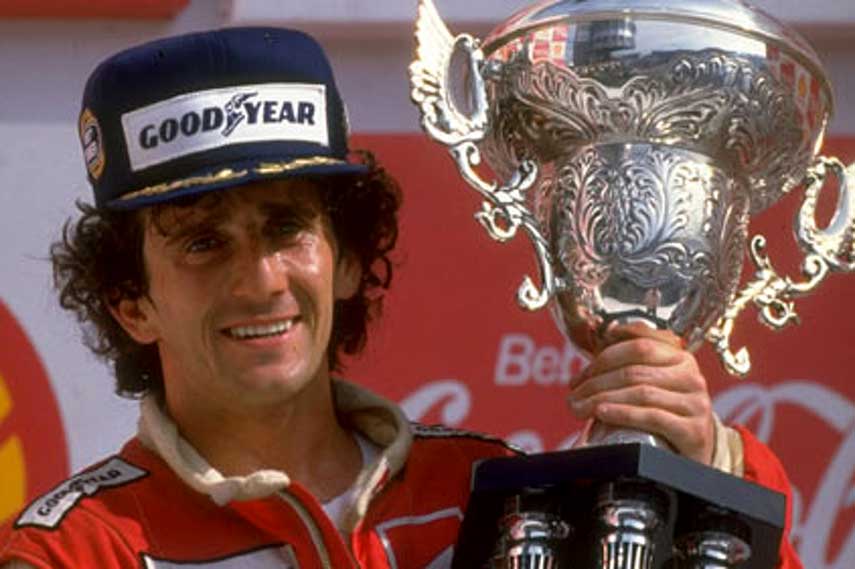 Prost debuted in the most popular racing series in 1980 as a driver of McLaren but soon moved to Renault with whom he finished as a runner-up in 1983. The following year he returned to McLaren but again was a vice-champion, losing to Niki Lauda by only 0.5 points! In 1985 Prost climbed to the throne for the first time and stayed there for another year after he defended a title in 1986.

In 1988, Prost finished second, behind Ayrton Senna, but fought back in 1989 when he has won his third title. Later Prost scored another title, reinforcing his place in the history of the sports in which he started in 199 races. He won 51 Grand Prix, had a total of 106 podiums and scored 768.5 points.

Although Emerson Fittipaldi was one of the best F1 drivers in the 1970s, another Brazilian earned the status of immortals in 1980s. Nelson Piquet won three titles, two with Brabham and one with Williams team.

Piquet is celebrating his first F1 title in 1981

In 1980, his only the second full-time season in Formula 1, Piquet finished as a vice-champion but in the next attempt in 1981, he won the title, being the fastest in three races that year. In 1983, the Brazilian scored his second title, mostly because of his excellent form in the last three rounds of the year, which allowed him to overtake Prost. In 1986 the Brazilian finished the season at third place while in 1987 Nelson Piquet was crowned for the third time, after the great battle with his teammate Nigel Mansell.

Despite the fact that he was one of the veterans, Piquet remained in Formula 1 until 1991 and did pretty well. At the end, Piquet had 23 race wins on his account, from 204 starts, 60 podiums, and 481.5 points scored during 14 years.