He founded NASCAR in 1948 and led the organization until 1972 when he handed a job to his son Bill France Jr. The NASCAR is today still a ‘family business’ because the CEO is Big Bill’s second son Jim France. 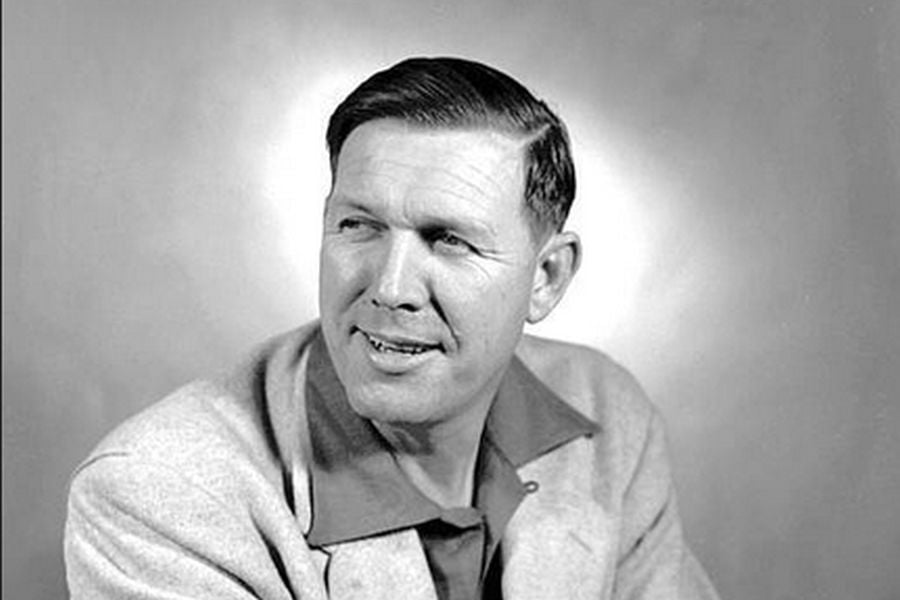 The young Bill was loving cars more than a school

William Henry Getty France was born on September 26, 1909 in Washington, D. C., as a son of Irish immigrant Emma Graham and William Henry France. As a kid, Bill was more in love with driving father’s Ford Model T then attending school. When grew up, he converted his love to cars into the business, operating his own service station.

In spring 1935, Bill France moved his family from to Daytona, Florida, to escape the Great Depression. He was changing jobs before setting his own car repair shop at 316 Main Street Station. That location still exists today. 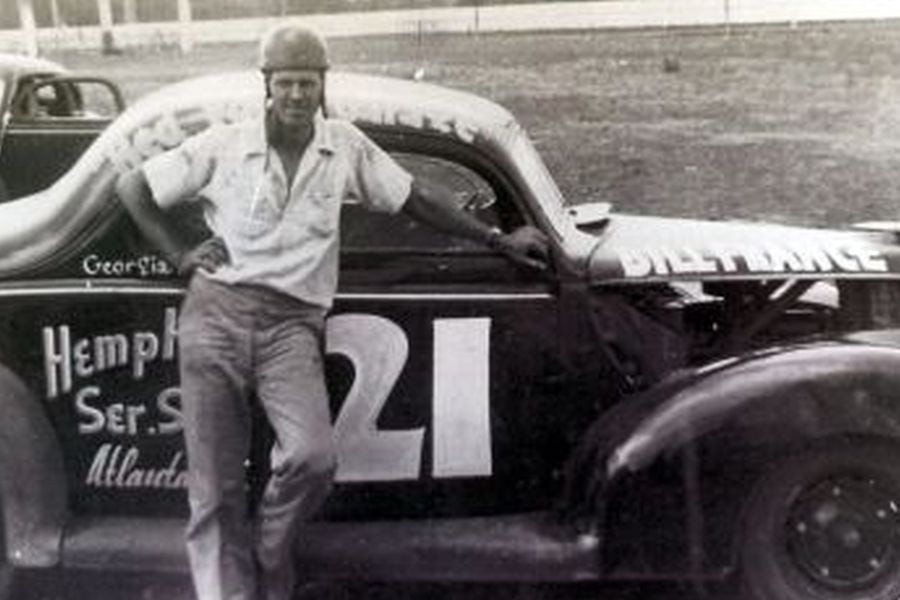 Bill France as a racer

During the 1930s, Daytona Beach was a place for setting land speed records but in 1935 the Bonneville Salt Flats became the more convenient location. Because of that, Daytona city officials wanted to set some other speed related events to keep the city’s tourism busy.

In March 1936, the first stock car race was held on the Daytona Beach Road Course, promoted by local racer Sig Haugdahl. Bill France participated in the 78-lap 250-mile race sanctioned by the American Automobile Association (AAA) and finished in the fifth place. The race was marred by a huge financial loss to the city.

Next year, Sig Haugdahl united forces with Bill France and they organized another racing event on Labor Day weekend in September 1937. The event was more successful but they still lost some money. After that, Haugdahl pulled out and Bill France took over the job of running Daytona race track.

He started to organize several races every year, increasing the number of events to four in 1941. Parallel to organizing commitments, France regularly competed in those races. In 1942, the major racing activities were stopped when the USA entered the World War II. 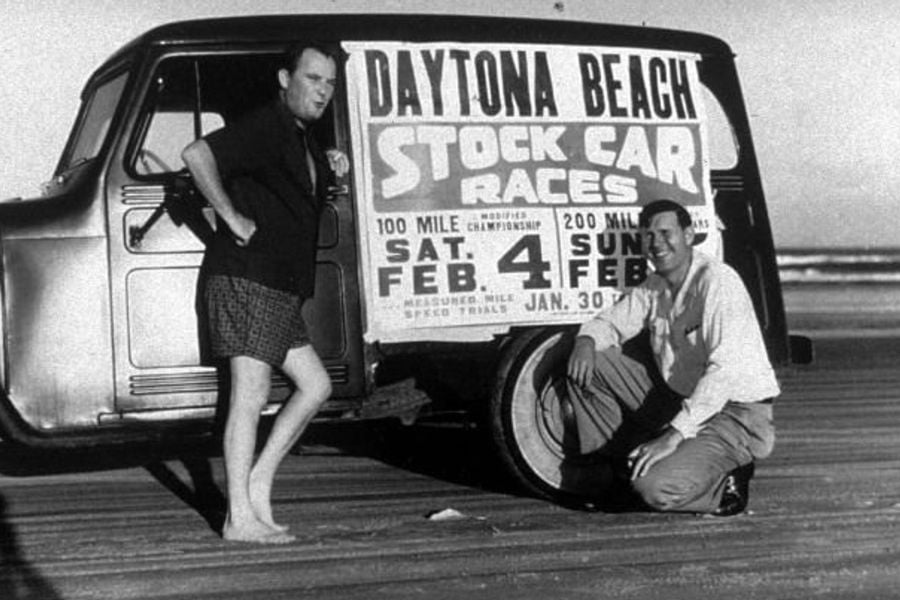 After a short racing career, Bill France realized that organizing races is business for him

Concentrating on promoting instead of driving

After the war, Bill France decided to concentrate his efforts on promoting racing events instead of driving although he raced occasionally. In 1946, he organized sixteen race events at Daytona Beach. He was also promoting events at Seminole Speedway’s dirt oval and then in September 1947, he opened the Occoneechee Speedway near Hillsborough, North Carolina.

The NCSCC was a predecessor to NASCAR

Led by an idea of the unified racing series, Bill France announced the foundation of the National Championship Stock Car Circuit (NCSCC) early in 1947. He asked AAA (American Automobile Association) for help but they refused.

However, he set the stock car competition with 24 events and promised a big award to the best driver. Fonty Flock was declared the season champion after winning seven races. 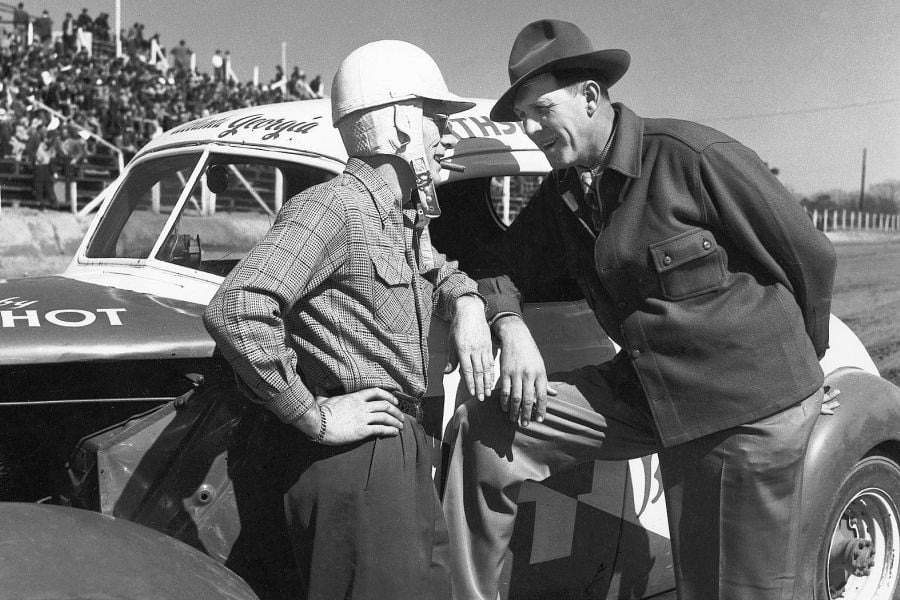 Bill France with the first NASCAR champion Red Byron in 1948

When the NCSCC season went good, Bill France made the next step in December 1947, starting talks with drivers, mechanics and car owners with a plan to set a new organization for stock car races. The historic place of those talks was the Ebony Bar at the Streamline Hotel at Daytona Beach.

On February 21, 1948, the NASCAR was founded there. The name originally chosen for the series was National Stock Car Racing Association but that that name was already in use by a rival sanctioning body, so the NASCAR (National Association for Stock Car Auto Racing) had been chosen.

The 1948 NASCAR schedule featured 52 Modified dirt track races. Red Byron won the season-opening race at Daytona Beach and also won the championship. In 1949, the Strictly Stock division became the main competition. In 1950, it was renamed to Grand National division. 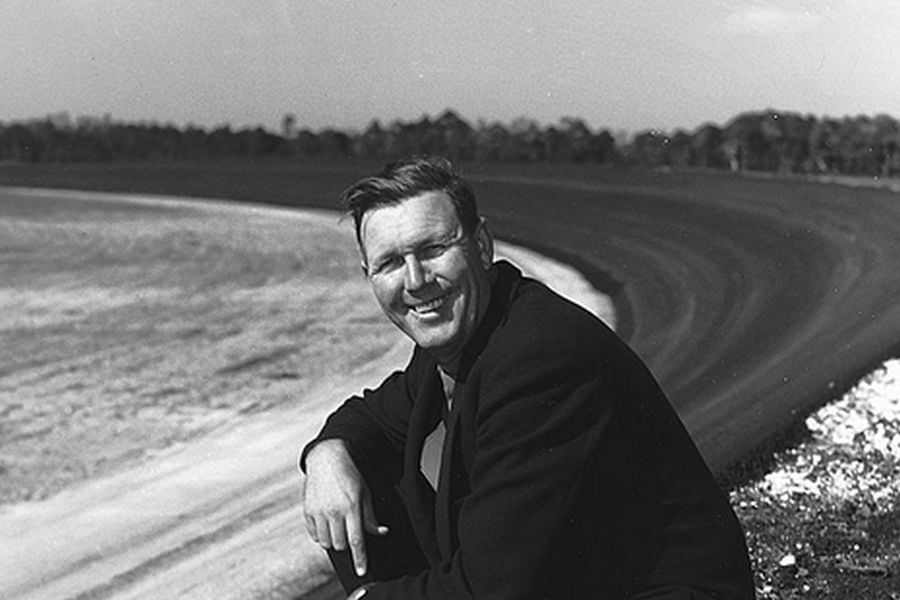 Bill France on the construcion site of the Daytona International Speedway

After putting NASCAR on strong feet, Bill France was planning what to do next. He knew that it was a time for a new permanent track and in 1953 he proposed a new superspeedway in Daytona, founding the International Speedway Corporation which would convert his idea into a reality.

The construction began in 1956 and in 1959 the Daytona International Speedway was opened. The inaugural race on the 2.5-mile oval was the Daytona 500, becoming the premiere event of NASCAR’s major division. Ten years later, in 1969, one more superspeedway was built and opened in Talladega. 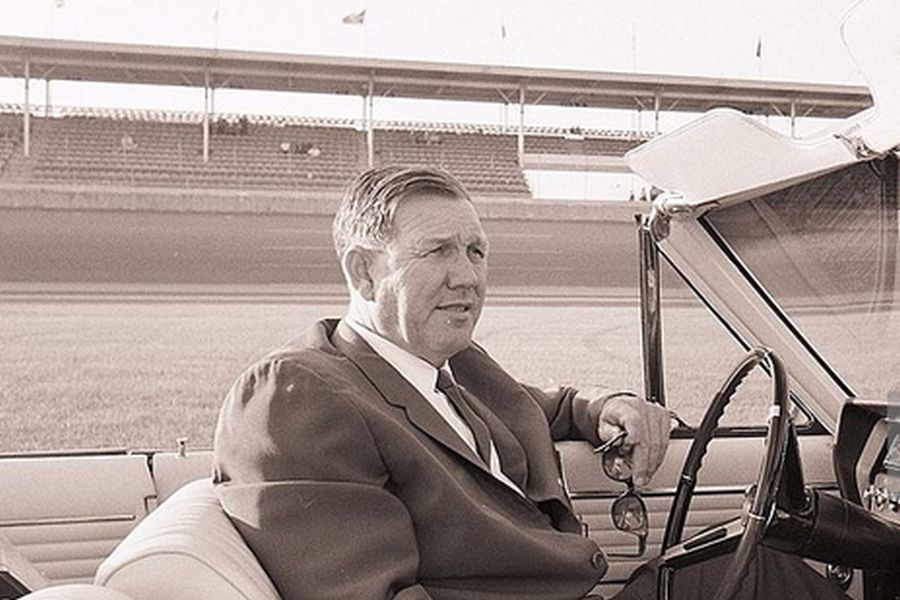 Leading the NASCAR until the start of the modern era

Parallel to leading the NASCAR, Bill France was involved into the foundation of IMSA (International Motor Sport Association) together with John Bishop in 1969. France was financing the majority of the organization but he gave Bishop the control. France later brought new investors to take over his stake.

Bill France served as a Chairman and CEO of NASCAR until 1972, when he gave a leading role to his son Bill France Jr. Prior to that, Bigg Bill made a deal with R. J. Reynolds Tobacco Company as a new title sponsor of NASCAR’s premier division, renaming it from Grand National to Winston Cup.

The most significant change in the new championship was reduced schedule of races for 1972 season, cutting off all dirt tracks and short races under 100 miles. That change defined the start of NASCAR’s modern era. 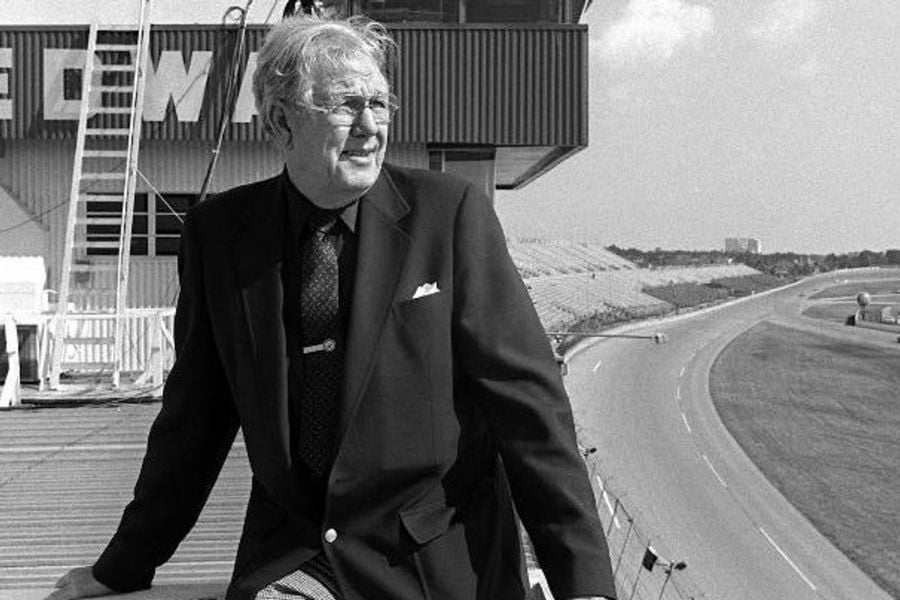 Establishing the International Motorsports Hall of Fame in 1990

Bill France Sr. kept an office at the NASCAR headquarters until the late 1980s. In 1990, he participated in a foundation of the International Motorsports Hall of Fame, which was built in Lincoln, Alabama, next to the Talladega Superspeedway.

France died in June 1992 at his home in Ormond Beach, Florida, after suffering from Alzheimer’s disease.