Zhuhai International Circuit is not the most known race track in China but it would always have a place in the motorsport history as the first permanent racing facility in the world’s most populated country. The 2.684-mile (4.319-km) circuit, located near Zhuhai city in Guandong province, was opened in 1996.

The main goal of the new circuit was to host a Formula One but the world’s premier single-seater competition never came to Zhuhai. It was or still is a venue of many other international, regional and national competitions, some of them are BPR Global GT Series, FIA GT Championship, A1 Grand Prix, Intercontinental Le Mans Cup or Asian Le Mans Series. 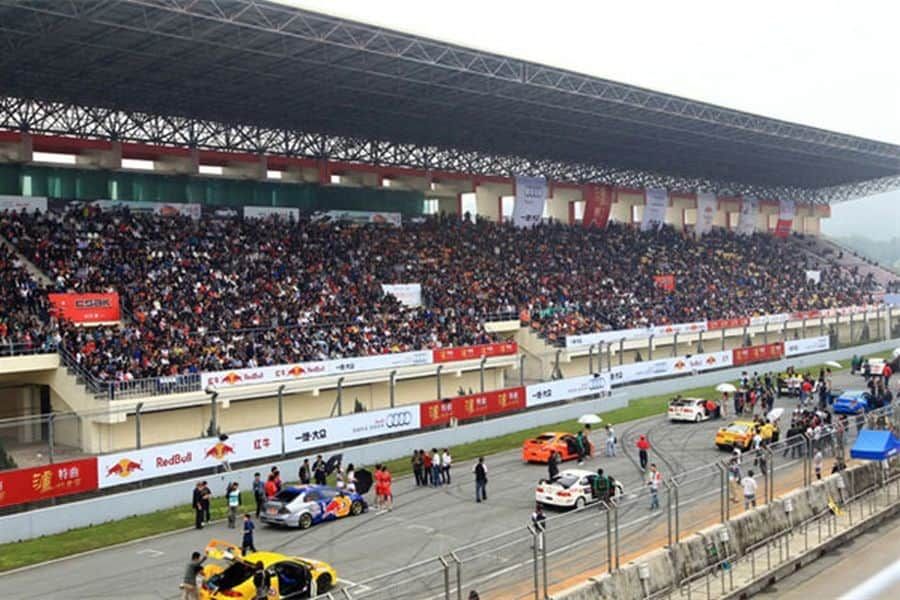 The grandstands can accomodate 20,000 spectators

Racing in Zhuhai started on the street circuit

The origins of the Zhuhai International Circuit lie in the Zhuhai street circuit which was hosting international and regional racing events from 1993 to 1995, attracting sometimes more than 200,000 spectators. The potential was recognized for the permanent race track and the first plans were introduced in 1993.

The land in the Jin Ding Town was chosen and the construction ended in November 1996. The circuit was designed and created by the Australian company Kinhill Engineers Pty Ltd, the same group which created the Formula One circuit in Adelaide. 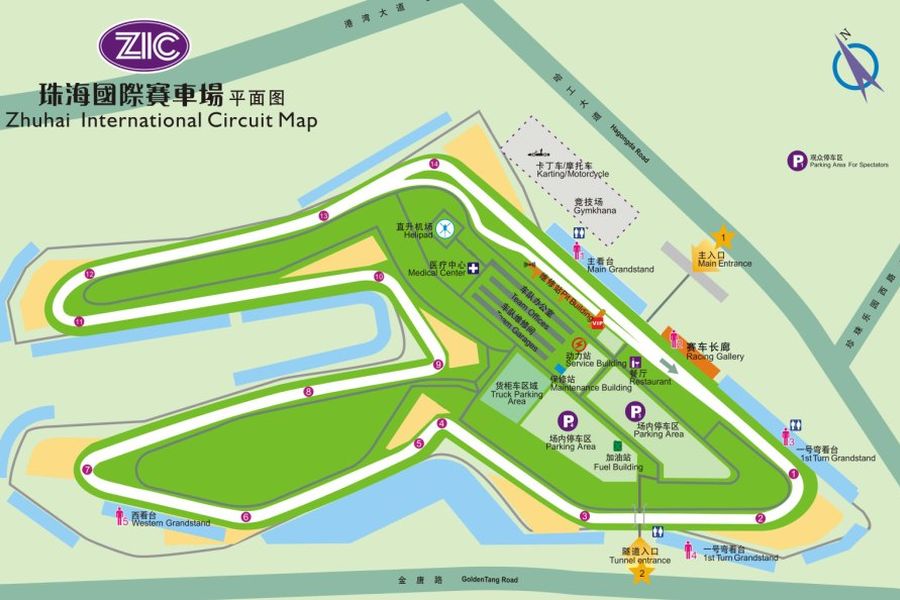 Map of the ZIC race track

The FIA Grade II circuit is 4.319 kilometers long and has 14 turns (nine right turns and five left turns) in the clockwise direction. The longest straight is the start/finish straight which is 900 meters long and 14 meters wide. There is one more 500-meters-long straight. Drivers love the layout of Zhuhai race track because it offers a demanding combination of high-speed straights, hard breaking at hairpins and tight corners.

BPR Global GT Series was the first competition at ZIC

The BPR Global GT Series, which was visiting Zhuhai street circuit in the previous years, was the first competition on the newly opened permanent race track. Ralf Kelleners and Emmanuel Collard won the race in a Porsche 911 GT1. In 1997, the series was converted into FIA GT Championship but didn’t return to Zhuhai. 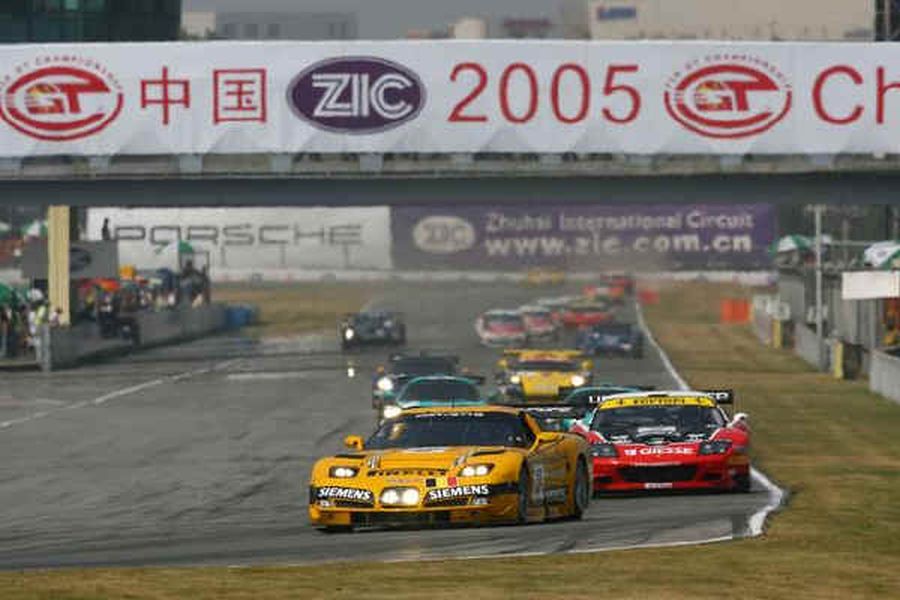 Besides hosting international events occasionally, the circuit became a base for many teams from nearby Hong Kong or Macau, which were setting their equipment and cars inside the circuit garages. Both Hong Kong and Macau Touring Car Championships visited Zhuhai regularly.

A1 Grand Prix Series instead of F1 and Champ Car

What about Formula 1? Zhuhai was included into the provisional F1 calendar for 1999 season but it subsequently lost its place after failing to meet standards set by FIA. Eight years later, in December 2007, another global single-seater series came to Zhuhai. It was the A1 Grand Prix series in its third season of existence. The race at Zhuhai International Circuit was the fourth round of the championship. Team Germany’s Michael Ammermuller was the winner of the Sprint race, Team India’s Narain Karthikeyan won the Feature race.

One more single-seater competition almost came to Zhuhai. In 2006, the multi-year deal was announced for Champ Car races in China. In November 2006, Roberto Moreno drove the Panoz DP01 car in a demonstration run at Zhuhai race track. Unfortunately, due to problems with a promoter, Champ Car series never came to Zhuhai. 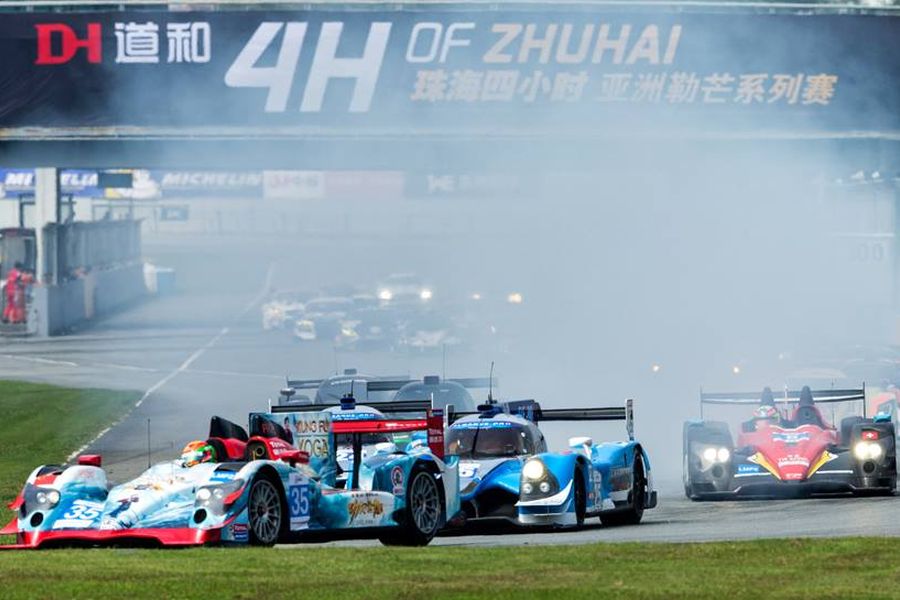 After FIA GT Championship was dismissed at the end of 2009 and A1 Grand Prix series also failed to return to China, the next major event was the Zhuhai 1000 km race in November 2010, as a part of the Intercontinental Le Mans Cup. Franck Montagny and Stephane Sarrazin won the race with Peugeot 908 HDi FAP. In that race, Montagny set the all-time lap record of 1:22.296.

In November 2011, the 6 Hours of Zhuhai was again the finale of the Intercontinental Le Mans Cup. Sebastien Bourdais and Anthony Davidson secured one more wins for Peugeot. In 2012, the FIA World Endurance Championship was revived but Zhuhai wasn’t included into the calendar. Zhuhai hosted the rounds of the Asian Le Mans Series in 2013 and 2016, remaining in a calendar for the 2017 season. 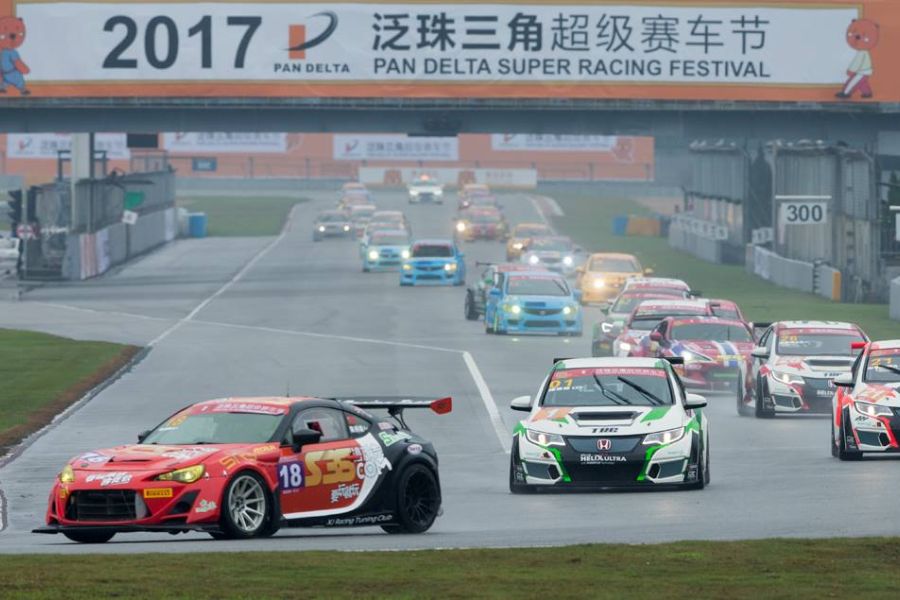 Ownership of the race track has been changed in 2003 when Dragon Hill Corporation purchased ZIC. The main race track has never been changed, only the minor upgrades were made in 2004 by Hermann Tilke. In the same year, a kart circuit was added to ZIC facility. Following the Chinese car market explosion in the mid-2000s, Zhuhai circuit became one of the main venues for car manufacturers and dealers to offer track rides and tests for their customers.