Johan Kristoffersson (PSRX Volkswagen Sweden) wins his home event of the 2017 FIA World Rallycross Championship at Höljes Motorstadion. It’s third win of the season for Kristoffersson, who increased his championship lead as his main rival Mattias Ekstrom missed the Swedish round due to commitments in the DTM. 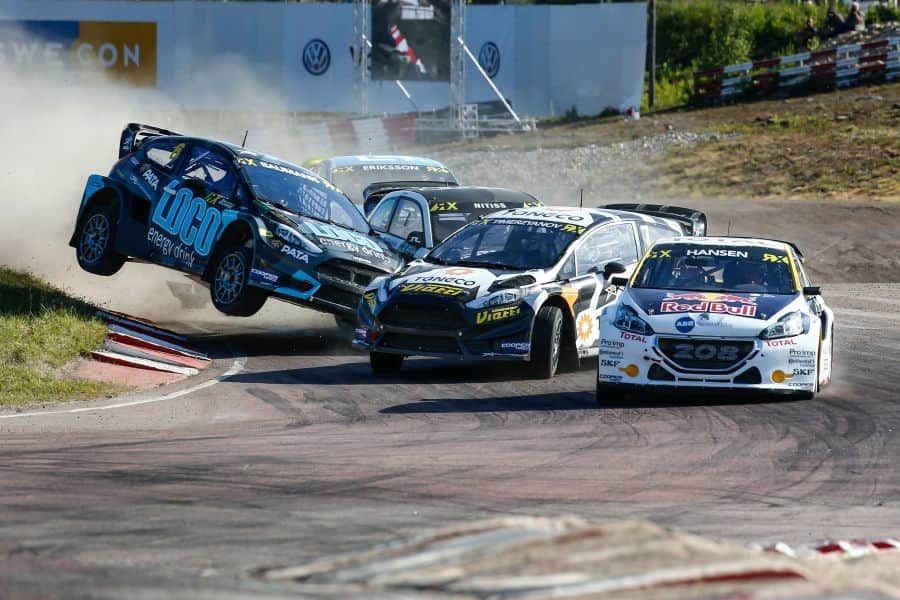 After finishing second in the intermediate classification after four qualifying heats, a double world champion Petter Solberg didn’t manage to pass his Semifinal group. Other drivers who qualified to the Semifinals were Sebastian Eriksson, Timo Scheider, Ken Block, Timur Timerzyanov and Niclas Gronholm. In total, twenty-two Supercar drivers participated in the seventh round of the championship.

After Swedish round, Johan Kristoffersson has 181 points on his championship account. Petter Solberg progressed from P3 to P2, passing Mattias Ekstrom for seven points (150:143). Sebastien Loeb (125 points) and Andreas Bakkerud (124) are fourth and fifth in the points.

Check the full results of the World RX event in Sweden

The next championship round is the World RX of Canada at Circuit Tros-Rivieres on August 5-6.