Lewis Hamilton beats Ferraris for his fifth win at Monza

Lewis Hamilton (Mercedes) wins the Italian Grand Prix at Autodromo Nazionale Monza for the fifth time in a career, equaling the record number of wins in the Italian F1 race which holds Michael Schumacher. It’s Hamilton’s sixth win of the season and the 68th in a career.

Starting from the second row, Hamilton defeated two Ferrari drivers to increase the lead in the championship ahead of Sebastian Vettel, who finished fourth. Hamilton shared a podium with Ferrari’s Kimi Raikkonen and Mercedes teammate Valtteri Bottas. 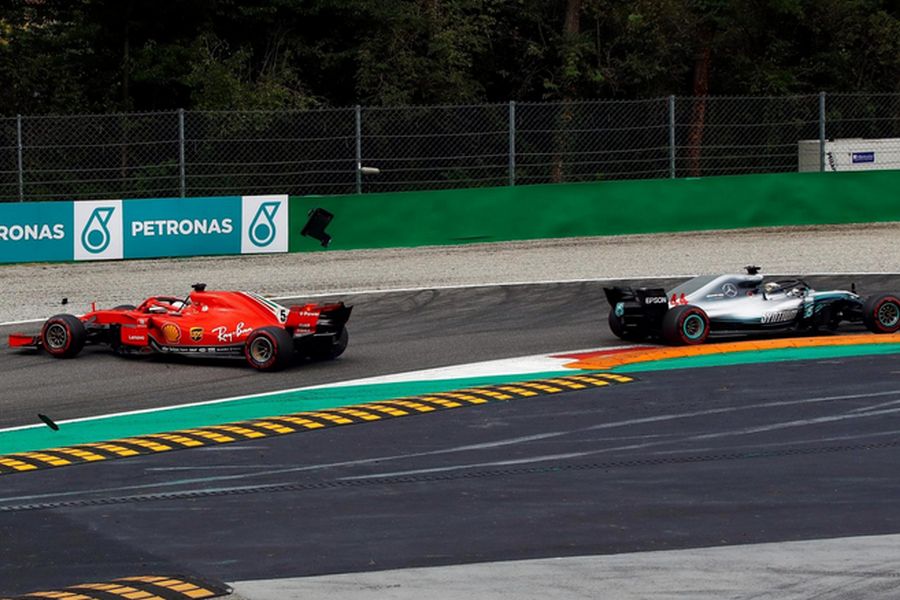 Vettel’s spin on the opening lap

Hamilton and Vettel had a contact on the opening lap which resulted with a damage on Vettel’s car, demoting him to the back of the grid. He later recovered to P4. Kimi Raikkonen started from pole and led for most of the race, losing a lead to Hamilton on lap 45 of 53.

However, the post-race inspection caused a disqualification of Romain Grosjean because a floor of his car was out of regulations. That promoted Sergey Sirotkin (Williams) to P10, giving him the maiden F1 championship point.

After fourteen races in 2018, with seven more on a calendar, Hamilton has 256 points, thirty more than Vettel. The next race is the Singapore Grand Prix on Marina Bay Street Circuit on September 16.

Check the full results of the Italian Grand Prix