Antonio Felix da Costa (DS Techeetah) is the winner of the Marrakesh E-Prix, the fifth round of the 2019-2020 Formula E Championship. The victory for the Portuguese driver came after two consecutive podiums in two previous races. It’s his only third Formula E victory in a career, in which he spent five seasons in the electric single-seater championship and now.

Among the drivers, Da Costa is a new leader as the previous leader Mitch Evans (Jaguar) finished just sixth in Marrakesh. 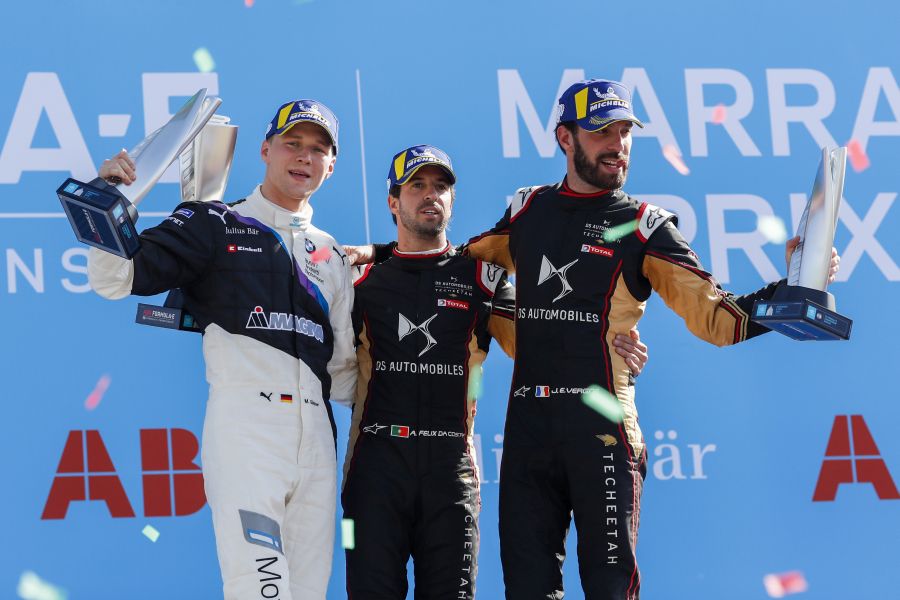 The third man on a podium in Morocco was BMW i Andretti Motorsport’s Max Guenther, putting his team to P2 in the championship, together with the teammate Alexander Sims, who didn’t finish the race in Marrakesh.

Following cancellation of the Sanya E-Prix, Formula E is now moving to Europe with two races in April, first in Rome on April 4 and then in Paris on April 18.

Check the full results of the Marrakesh E-Prix