Mitch Evans (Jaguar Racing) is the winner of the Mexico City ePrix, the fourth race of the 2019-2020 Formula E Championship. It’s his second FE victory in a career that puts him on the top of the championship standings after four races. He collected 47 points so far, one more than Alexander Sims (BMW i Andretti Motorsport), who finished fifth in Mexico. 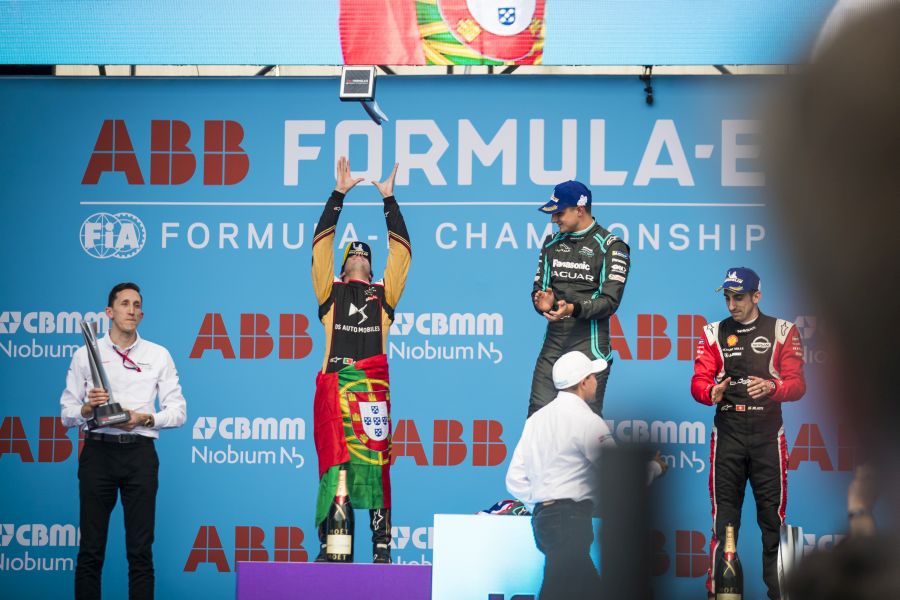 Da Costa, Evans and Buemi on the podium

Porsche’s Andre Lotterer started the race from pole position but he was forced wide through Turn 1, dropping to P4. His race came to worse when he retired with a damaged car after eleven laps. Mitch Evans took the lead from Lotterer on the opening lap and stayed ahead until the end.

Among 24 drivers, eight of them didn’t finish the race. Nico Muller (Dragon) crashed out on Lap 3. After the restart, next to crash was Felipe Massa (Venturi). Nyck de Vries (Mercedes) became the fourth driver to retire from the race with 17 minutes on the clock due to technical problems.

Virgin Racing’s Sam Bird was running second when clipped the wall with five minutes to go. Da Costa and Buemi took the podium positions and stayed there until the end. 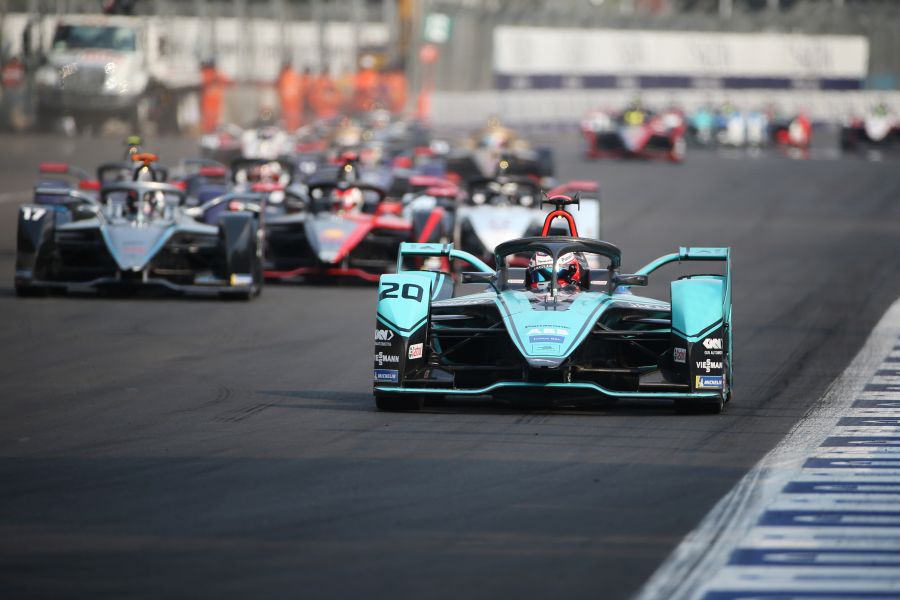 Mitch Evans in the #20 Jaguar

Check the full results of the Mexico City ePrix