DJR Team Penske Racing’s Scott McLaughlin and Triple Eight Engineering’s Shane van Gisbergen are the winners of two races of the Watpac Townsville 400, the eighth round of the 2019 Virgin Australia Supercars Championship.

McLaughlin triumphed in Saturday’s race in the #17 Ford Mustang, claiming his sixth win in a row and 13th victory this year. On Sunday, Shane van Gisbergen brought his #97 Holden Commodore to the victory for the second time this season. 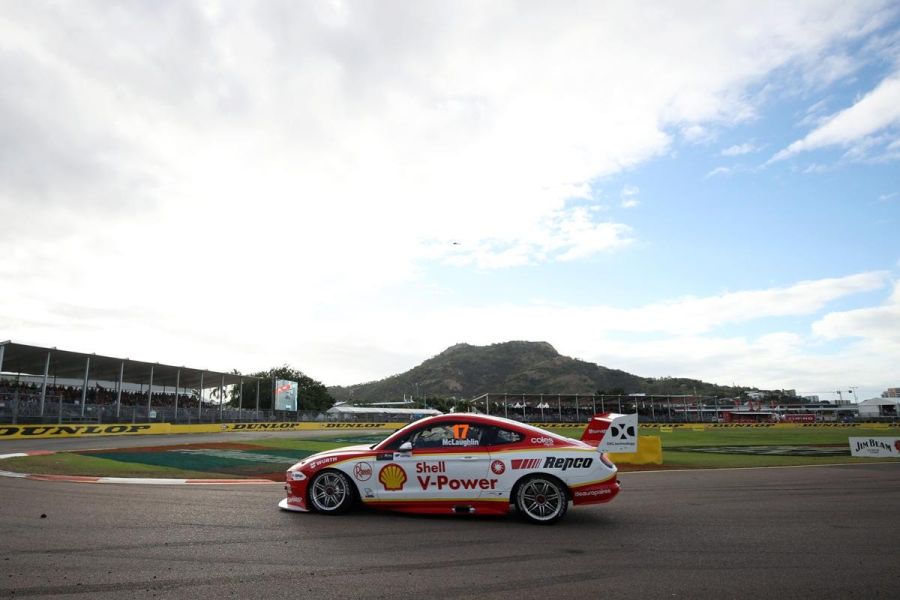 On Saturday, Scott McLaughlin shared a podium with Jamie Whincup (Red Bull Holden) and Chaz Mostert (Tickford Racing). After 70 laps at the 2.85km long Townsville Street Circuit, McLaughlin crossed the finish line with a 4.7025sec gap ahead of Whincup.

The polesitter David Reynolds (Erebus Motorsport) kept the lead through the opening phase of the race. Behind his back, Mostert and McLaughlin were fighting for P2. McLaughlin found a way past Mostert on lap 19, with Shane van Gisbergen also passing Mostert’s Mustang. 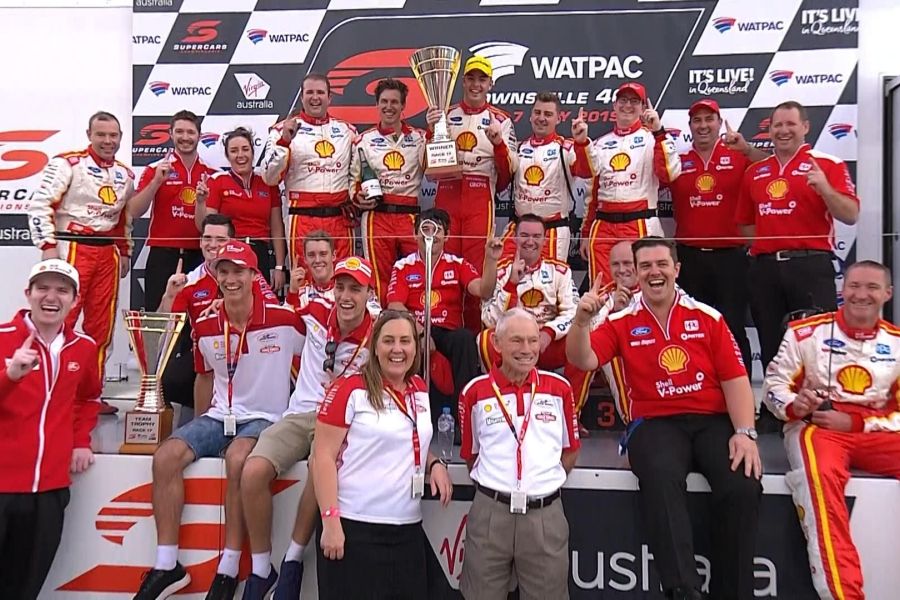 The front-runners who experienced problems were Scott McLaughlin, Jamie Whincup and David Reynolds. Whincup crashed out on lap 19. McLaughlin and Reynolds collided on the opening lap and eventually finished 11th and 20th.

The race started under the light rain with drivers running on slick tyres. The leading pair of David Reynolds and Scott McLaughlin tangled in Turn 2 on the opening lap, dropping back in the order. McLaughlin limped back to a pitlane with a puncture but remained on the lead lap, while Reynolds lost four laps repairing a broken steering arm.

Cameron Waters, who started from pole position, stayed in the lead until he pitted on lap 18, together with second-placed Fabian Coulthard. They came out from pits with Coulthard leading, but the race was stopped because Whincup crashed heavily at Turn 6, bringing out the Safety Car. 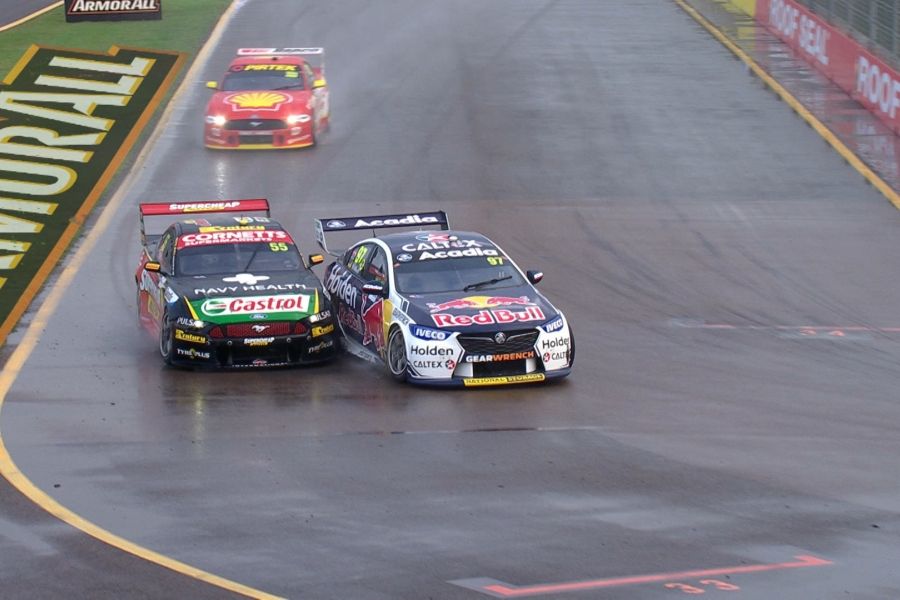 The rain intensified after the restart, and Waters reclaimed the lead on lap 30. Anton de Pasquale had stopped for a tyre change during the Safety Car period and took the lead when others went into pits for wet tyres. Mostert picked his way past Coulthard and van Gisbergen to run second to De Pasquale, before pitting on lap 60 to complete his minimum fuel drop.

Garry Jacobson’s Nissan stopped at the same time to prompt another Safety Car period, as De Pasquale came in to make his extra stop. The race did not restart, with Van Gisbergen picking up first place and leading Coulthard across the line to secure his 33rd career victory. Waters grabbed a fifth podium of the season, edging past De Pasquale as the latter’s Penrite Holden left pitlane.

The second win for Van Gisbergen, that was only the second victory for Holden this year, also ends McLaughlin’s winning streak of six races. He is still in a comfortable championship lead with 2168 points on his account, 292 points more than his teammate Fabian Coulthard. Shane van Gisbergen moves back into third in the championship, 207 points behind Coulthard. 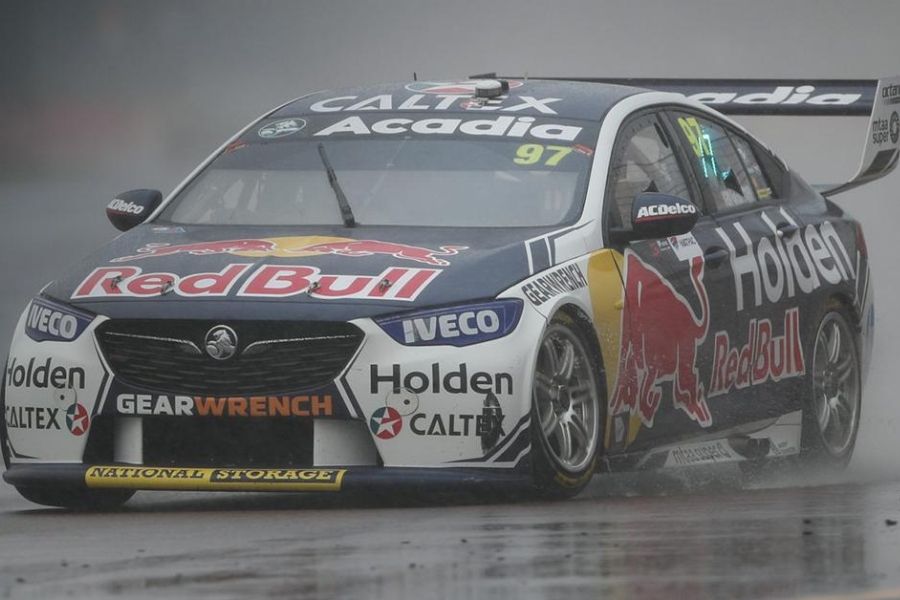