Giniel De Villiers and his navigator Alex Haro Bravo are the winners of Stage 2 (Al Wajh – Neom) at the 2020 Dakar Rally. The pair in the #304 Toyota Gazoo Racing Hilux set the fastest time on the 367km-long stage, about four minutes faster than Orlando Terranova and Bernardo Graue in the #311 Mini JCW Rally.

The Argentineans Terranova/Graue are new overall leaders after two stages, having an advantage of 4min43sec ahead of Carlos Sainz/Lucas Cruz in the #305 Mini JCW Buggy. Sainz was sixth fastest on Stage 2. Defending winners Nasser Al-Attiyah/Matthieu Baumel finished fifth at Stage 2 in the #300 Toyota Hilux and progressed to third place overall after two days. 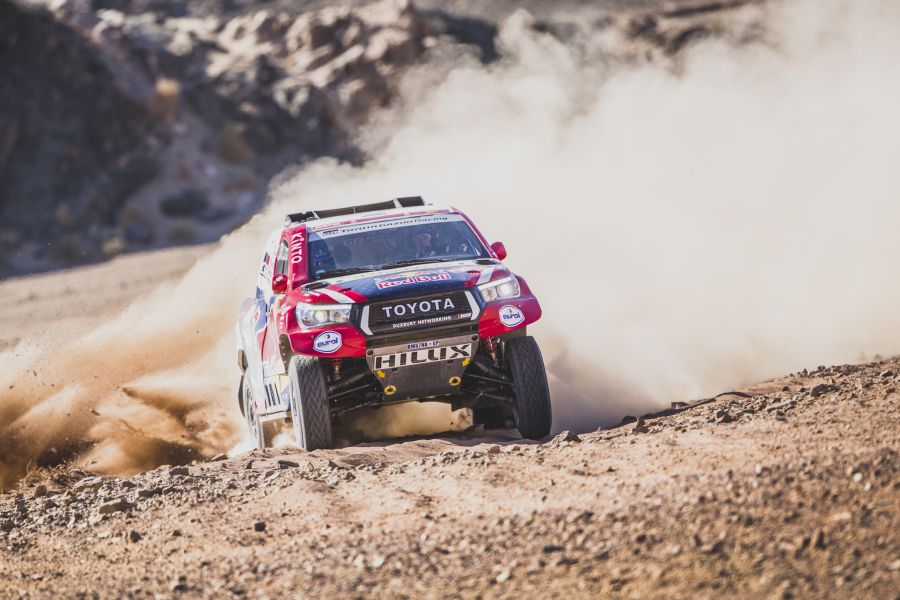 Former Formula 1 champion Fernando Alonso experienced big troubles during Stage 2, including a broken wheel, so he had to wait for assistance and lost more than two and a half hours. ‘Mister Dakar’ Stephane Peterhansel lost more than twenty-two minutes on the second stage to drop to eighth place overall, 13min17sec behind Terranova. 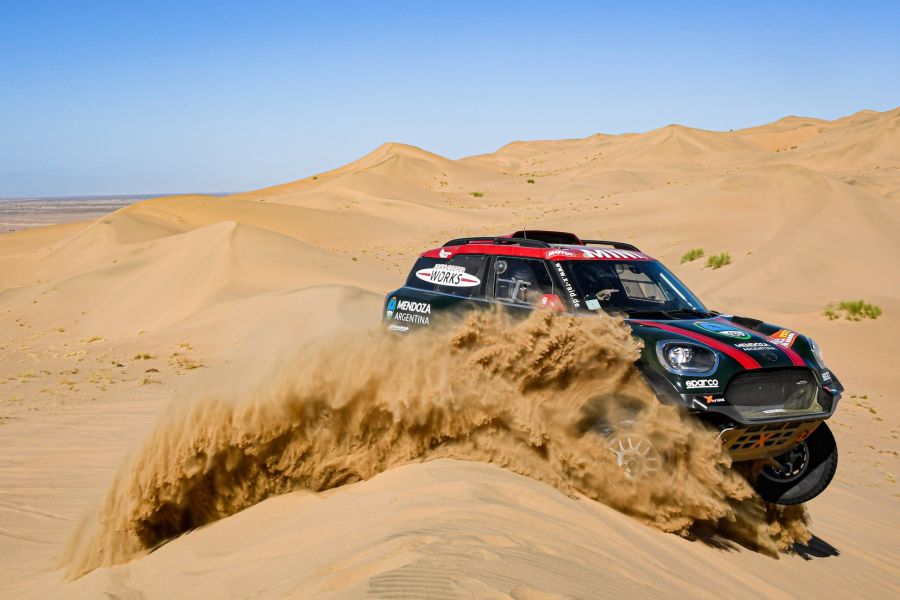 Among the bikers, the fastest rider in Stage 2 was Ross Branch from Botswana, who is driving the #18 KTM for BAS Dakar KTM Racing Team.

Red Bull KTM Factory Team’s Sam Sunderland was the second-fastest and he takes the lead in the overall classification, with an advantage of 1min18sec ahead of Pablo Quintanilla (Husqvarna). 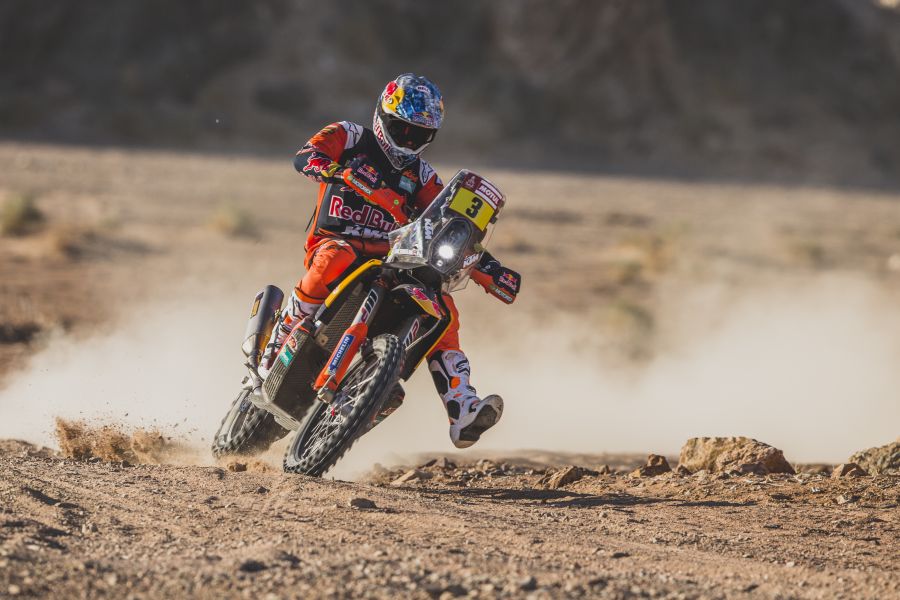