Carlos Sainz and Lucas Cruz have won the 2020 Dakar Rally in the #305 Mini John Cooper Works Buggy operated by X-Raid Team. Two Spanish legends defended their lead in the overall standings and reached the finish line as the winners for the third time. Previously, Sainz and Cruz triumphed in 2010 with Volkswagen and in 2018 with Peugeot.

Al-Attiyah was the fastest on the last stage between Haradh and Qiddiyah, what was his first stage victory this year but it came in the most important moment. He and Peterhansel started the last stage separated by just six seconds. 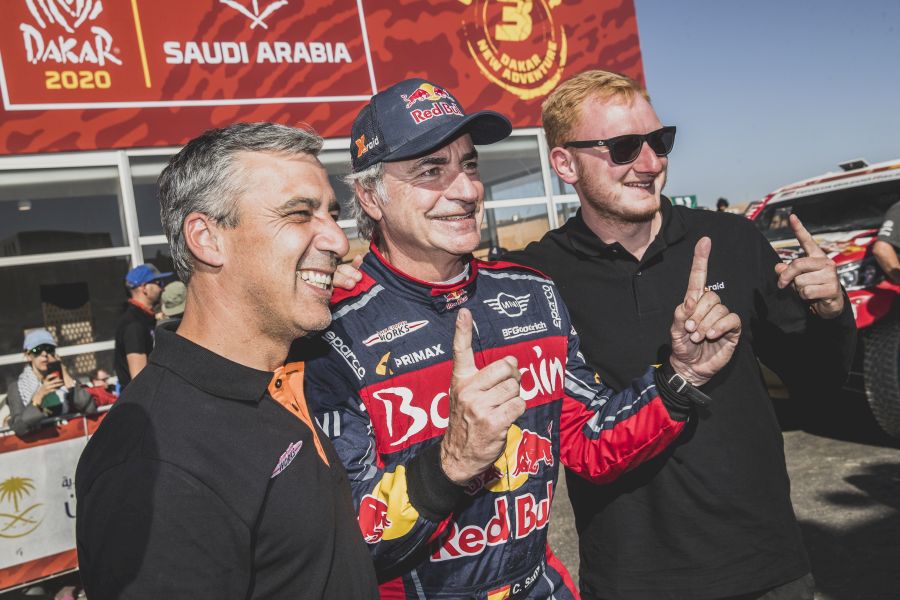 “I am just incredibly happy. Behind this victory lies so much effort, training, working with the team and much more. I am happy for the team, Red Bull, Bahrain and Primax. We have been attacking top three fully since day one, it was a full-throttle rally from the very beginning. The first edition of the Dakar in Saudi Arabia was sensational,” Carlos Sainz said at the finish.

Behind three Dakar legends that have nineteen victories on their accounts, the best of the rest was Saudi driver Yazeed Al Rajhi (Overdrive Toyota) in the fourth place. The top 5 was completed by another former winner Giniel de Villiers (Toyota Gazoo Racing). 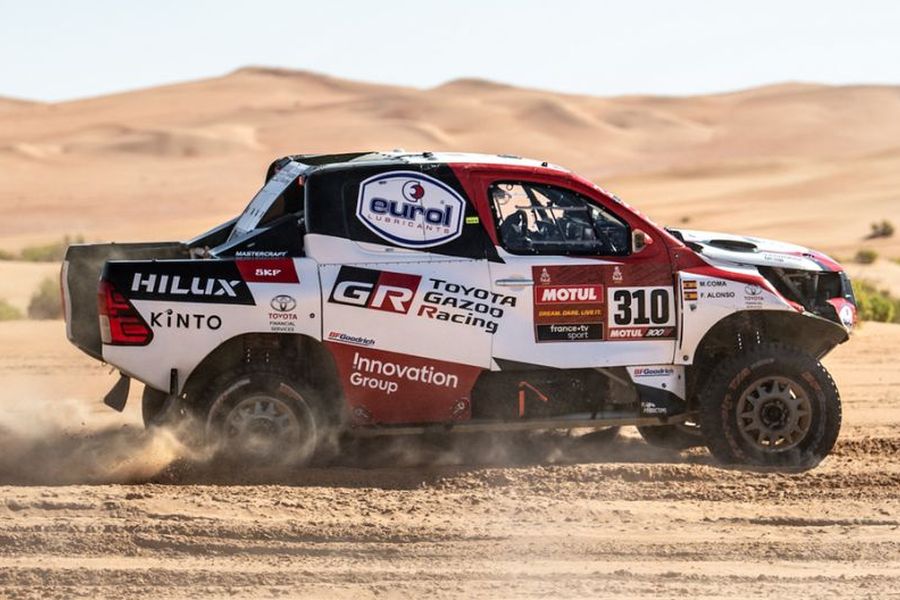 Fernando Alonso in the #310 Toyota Hilux

Former F1 champion Fernando Alonso reached the finish line in his first Dakar, finishing 13th overall and as the best rookie in the #310 Toyota Hilux. Alonso’s navigator was legendary Marc Coma, the five-time winner in the moto category.

Check the results of the Dakar Rally