The title, awarded by WSC, allocates points to the different model cars in all the TCR-sanctioned races of the season. Points are adjusted by coefficients that take into account the level of the series, the number of cars at the start and the number of brands represented.  The Audi RS 3 LMS scored 7213.50 points, beating the Honda Civic Type R (7055.75) and last year’s winner Cupra/Seat Leon (6855.25). Volkswagen Golf GTi and Hyundai i30 N completed the top 5. 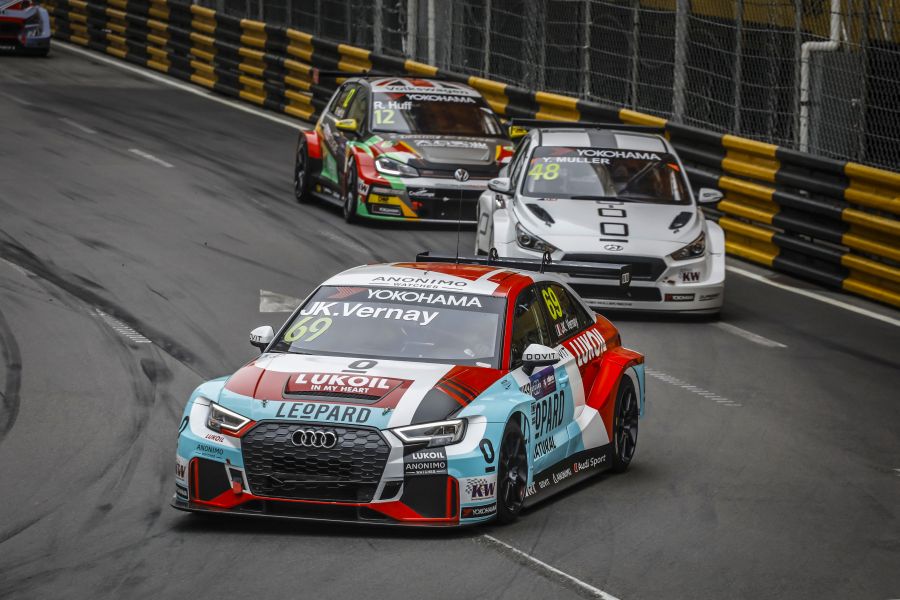 Twelve different car brands were represented in TCR races in 2018

During the 2018 season, the Audi RS 3 LMS cars had a total of 684 race-starts over 17 TCR series, claiming 43 wins. In total, twelve different brands of car manufacturers were represented during the season and nine of them won races. The most winning car was the Cupra/Seat Leon with 53 victories from  915 race starts, followed by the Honda Civic Type R (49) and the Volkswagen Golf GTI (46).

689 drivers from  49 countries took part in at least one race. Jean-Karl Vernay was the driver with most appearances, totalling  45 starts between WTCR, TCR Europe and endurance races.