The BMW 3.0 CSL is a racing version of the BMW 3.0 CS (factory code E9) which helped the Bavarian manufacturer to establish itself as a sportscar brand after scoring numerous victories in the races all over the world during the 70s. It was especially successful in the European Touring Car Championship, winning six championship titles between 1973 and 1979.

Because the 3.0 CSL was conceived by BMW’s competition department, which would be formally incorporated in 1972 as BMW Motorsport GmbH (later renamed BMW M GmbH), it is therefore generally considered to be the first M Series model. Though it does not carry an M badge, the 3.0 CSL would eventually be offered with the tri-color stripes that would form the icon of the M division. 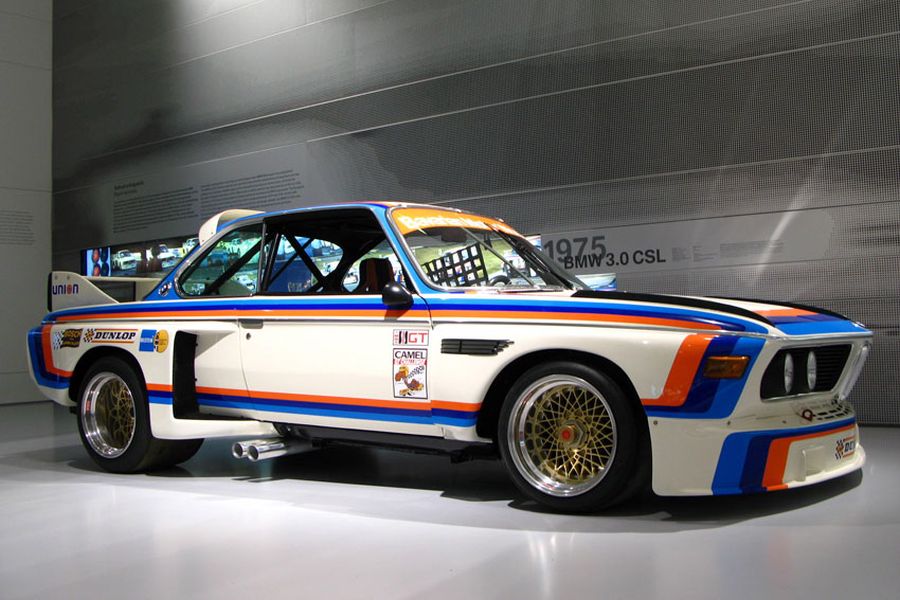 3.0 CSL has a light body built by Karmann

The BMW New Six CS is a two-door coupe built for BMW by Karmann from 1968 as a successor of the BMW 2000 CS. A car was equipped with BMW M30 3.0-litre straight-6 engine. The 3.0 CSL homologation special was introduced in May 1972, to be eligible for the European Touring Car Championship.

3.0 CSLs engine was changing during a time

Initially using the same engine as the 3.0 CS, the 3.0 CSL was given a very small increase in displacement from 2,986cc to 3,003cc by increasing the engine bore by one-quarter of a millimeter. This was done to allow the CSL to be raced in the “over three-litre” racing category.

In 1973, the engine in the 3.0 CSL was given another increase in displacement to 3,153cc. This final version of the 3.0 CSL was homologated in July 1973 along with an aerodynamic package including a large air dam, short fins running along the front fenders, a spoiler above and behind the trailing edge of the roof, and a tall rear wing. The rear wings were not installed at the factory but were left in the boot for installation after purchase. This was done because wings were illegal for use on German roads. The full aero package earned the racing CSLs the nickname “Batmobile”. 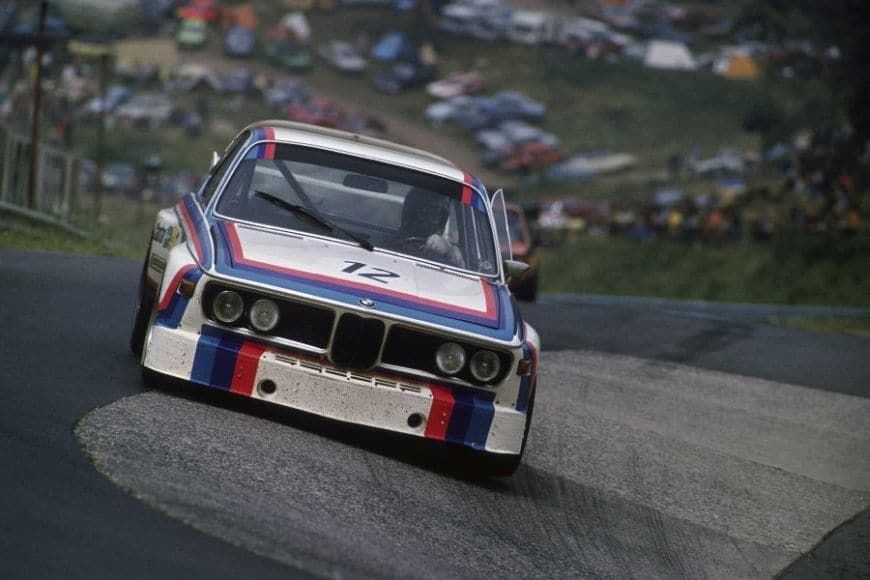 Victory for Lauda and Muir in a debut race

The BMW 3.0 CSL debuted in March 1973 in the first round of the European Touring Car Championship at Monza. The first race was a victory, Niki Lauda and Brian Muir won the 4-hour race in the #6 car, beating four Ford Capri RS 2600s.

Championship title in the first year of racing

In its debut year, the 3.0 CSL was the championship-winning car. Toine Hezemans became the 1973 ETCC champion with three wins, including a victory at 24 hours of Spa together with Dieter Quester.

Toine’s another co-driver during a year was Brian Muir. During a year, James Hunt and Jacky Ickx also had guest appearances in the BMW 3.0 CSL. 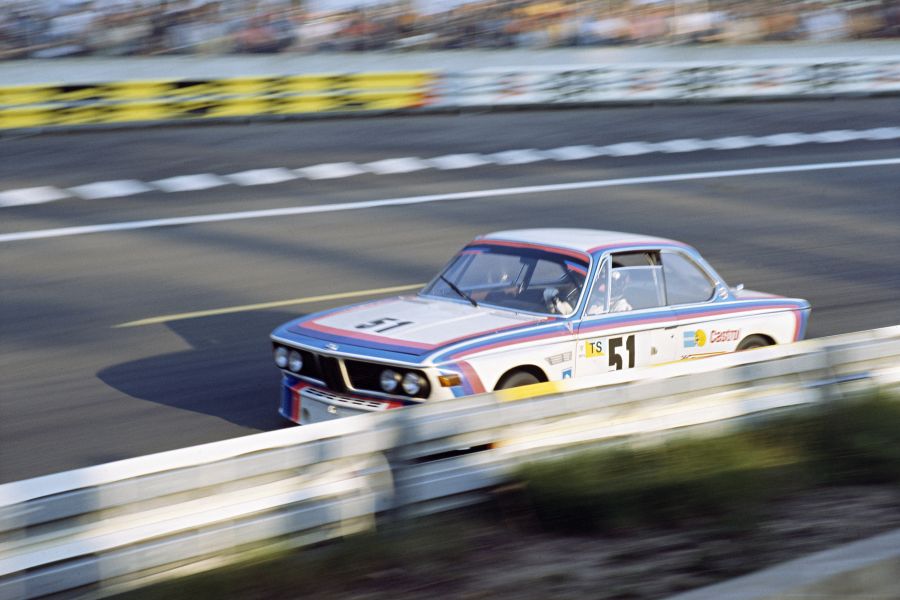 At 6 hours of Nürburgring, or German Touring Grand Prix, which was eligible both for ETCC and the  German Racing Championship (DRM), BMW scored 1-2-3 victory, with Amon/Stuck as the winners and Hezemans/Quester behind them. Niki Lauda and Hans-Peter Joisten were third. In the 1973 German Racing Championship, the best-placed BMW driver at the end of the season was Harald Menzel in the 4th place.

Second place in the 1974 ETCC season

In the 1974 European Touring Car Championship, the season started same as the year before, with a victory at 4 hours of Monza. The winners in the #1 BMW were Alain Peltier and Jean-Louis Lafosse. The BMW 3.0 CSL captured first four places in that race.

Later in the season, Peltier/Lafosse won again at Vallelunga, but they missed to win a title. Alain Peltier finished second in the championship, behind Ford’s Hans Heyer.

One more notable result in 1974 was a victory at 4h Salzburgring for Hans-Joachim Stuck and Jacky Ickx. At 1974 Le Mans 24h, the #86 BMW of Jean-Claude Aubriet and Jean-Claude Depince was one of three cars in Touring class, finishing 15th overall and taking the class win. In 1974, the car was also in use over the Atlantic, in the IMSA championship, but without notable results. 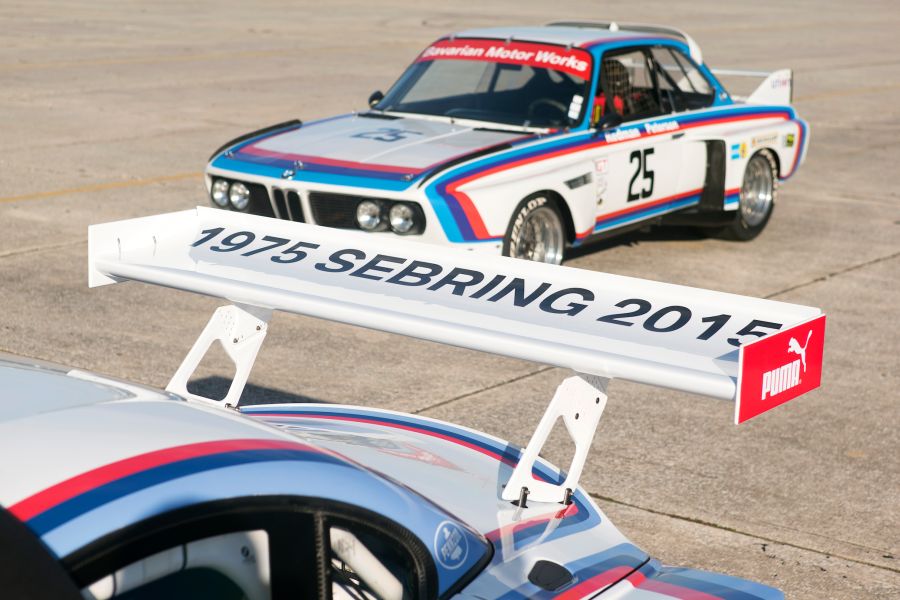 In January 1975, the BMW 3.0 CSL debuted at 24 hours of Daytona. BMW of America entered a race with two cars, driven by Sam Posey/Hans-Joachim Stuck (#24) and Ronnie Peterson/Brian Redman (#25). Both cars retired due to engine failure.

Two months later, at Sebring 12 hours, the #25 car won a race, not only in the GTO class but taking an outright win. The drivers were Redman, Posey, Stuck and Allan Moffat. The #25 was a winning car again at Riverside in May, driven by Stuck and Dieter Quester. Stuck alone scored two more wins at Daytona 250 Miles and Talladega.

1975 ETCC title for Peltier and Muller

In the 1975 European Touring Car Championship, Alain Peltier and Siegfried Muller started a season with a victory at Monza in the #6 Fatz-Alpina Essen car. They were winners one more time later in the season, at Grand Prix Brno, taking the second ETCC title for BMW 3.0 CSL.

A car scored five ETCC wins during a season, starting a period of domination which lasted until 1969, with six consecutive ETCC titles for BMW 3.0 CSL. 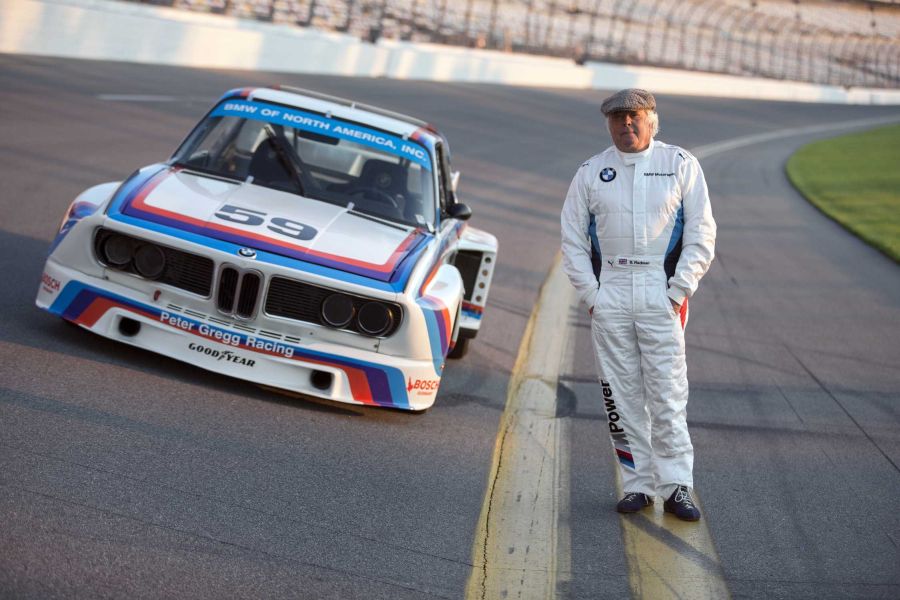 It remained BMW’s only win at Daytona as a manufacturer. Later they won two more times as engine suppliers.

Domination in the ETCC until 1979

In the 1976 European Touring Car Championship, BMW again won the season-opening race at Monza. Belgian drivers Jean Xhenceval and Pierre Dieudonne were the winners in the #1 Luigi Team BMW. They were the most successful in the remainder of the season, winning the third ETCC title for BMW 3.0 CSL.

The fourth title came in 1977 when Dieter Quester was the most successful driver. It was is third ETCC title, the first two he won in the BMW 2002. In 1978, the Italian Umberto Grano was a champion. The sixth ETCC title for BMW 3.0 CSL came in 1979 when Martino Finotto and Carlo Facetti topped the final standings. 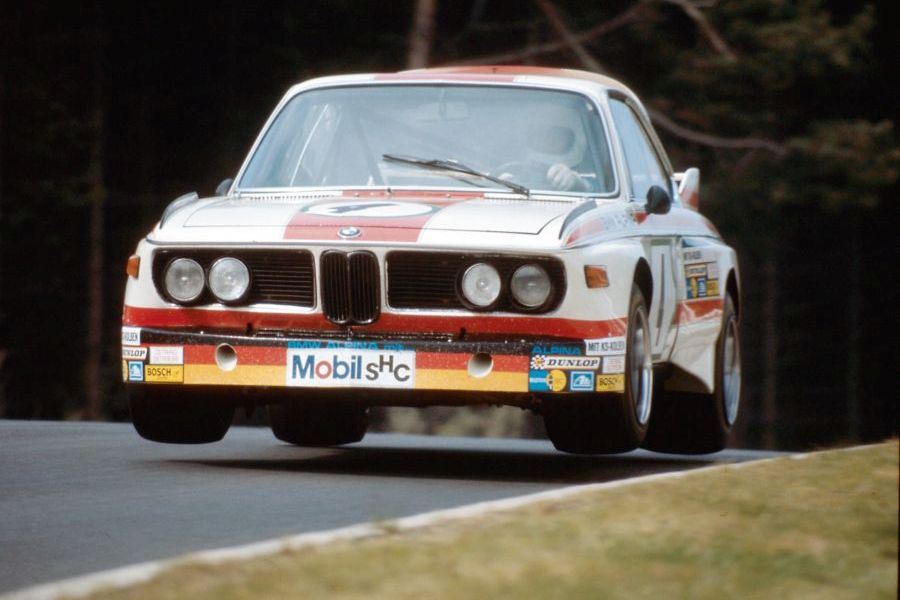 During 1976, the BMW 3.5 CSL was introduced, developed to meet Group 5 regulations for the World Championship for Makes and 24h Le Mans. At Le Mans, both 3.5 CSL and 3.0 CSL appeared on the starting grid.

At 1977 Le Mans 24 hours, several private BMW 3.0 CSLs competed in the IMSA class. The #71 car of Luigi Racing, driven by Jean Xhenceval, Pierre Dieudonne and Spartaco Dini, finished 8th overall and the best in class, ahead of few more BMWs, Porsches and Ferraris.

It was the last Le Mans participation for BMW 3.0 CSL. Few cars appeared at Daytona and Sebring in the following years, but without notable results.

The BMW 3.0 CSL appeared in few more races in the IMSA championship between 1981 and 1985, not scoring any notable result. 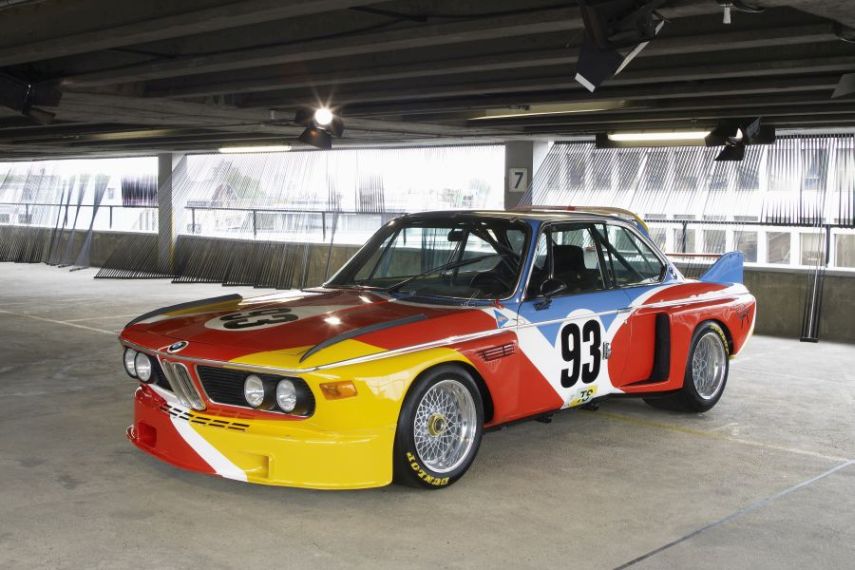 Besides racing, the BMW 3.0 CSL became famous as one of the cars in the BMW Art Car project. The first ever BMW Art Car was the BMW 3.0 CSL which Herve Poulain was using at 1975 Le Mans race. Poulain hired American artist and his friend Alexander Calder to paint his #93 car and started a story which later became one of the greatest automotive-artistic projects in the world.

In 1976, Frank Stella created the second BMW Art Car, also the 3.0 CSL. That car also had no success in racing but earned its place in the automotive history.