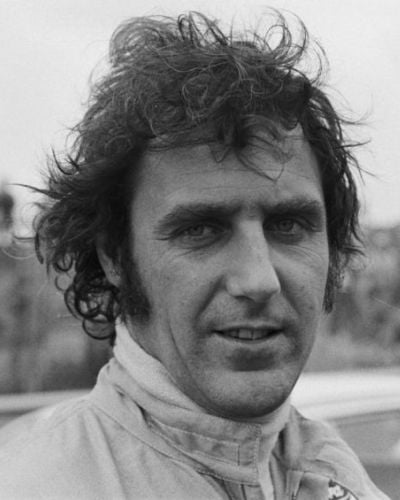 Antoine 'Toine' Hezemans is a Dutch former racing driver who achieved a lot of success in touring car and sports car racing during the 1970s. He won European Touring Car Championship two times (1970, 1973) and European GT Championship once (in 1976).

He won some of the world's greatest endurance races, triumphing at Targa Florio in 1971, at Spa 24 Hours in 1973 and at Daytona 24 Hours in 1978. At 24 Hours of Le Mans, he missed an overall victory but scored two class victories and one class podium. 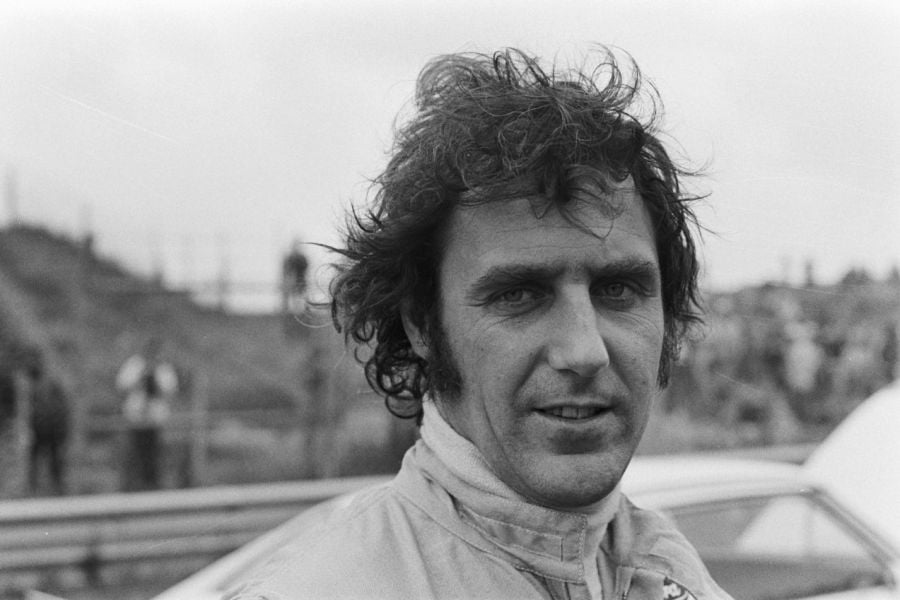 Racing in a variety of cars in the late 1960s

In 1969, Hezemans was driving a Porsche 906, Abarth 3000 and Opel Commodore GS among others. He also entered the Paris 1000 sports car race in a Porsche 908, sharing a car with Gijs van Lennep and finishing in the fourth place.

Hezemans collected many wins on his account during the late 1960s but he clinched his first championship title in 1970, winning the European Touring Car Championship at the wheel of Alfa Romeo 2000 GTAm.

He was a member of factory-supported Autodelta team, scoring four wins in an Alfa and taking the championship title ahead of Johann Abt. Hezemans was a race winner at Monza, Budapest, Brno and Jarama. 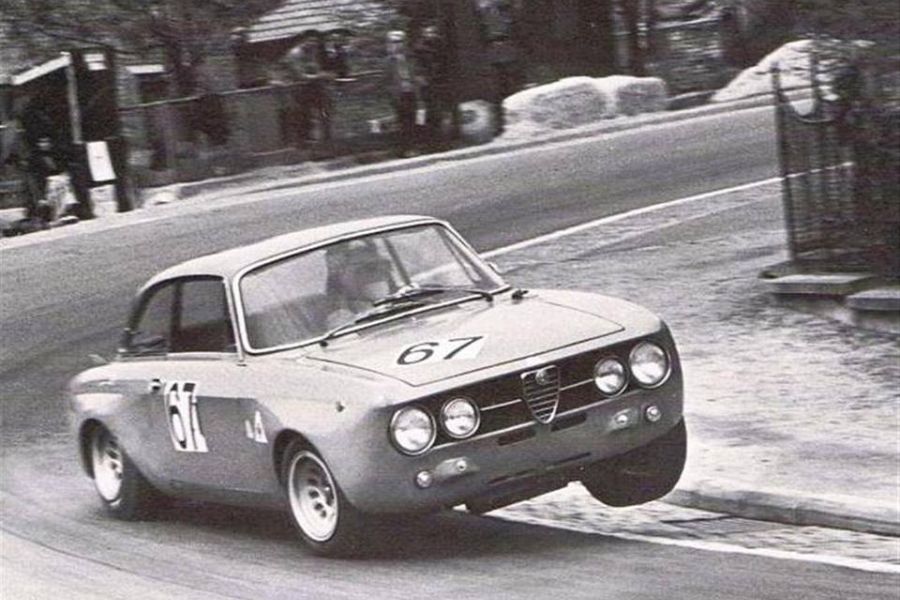 In 1970, Hezemans also raced with Alfa Romeo in sports car races. In March, he reached a podium at Sebring 12 Hours, finishing third in the #33 Alfa Romeo T33/3 which he was sharing with Masten Gregory.

In May, Hezemans and Gregory retired at Targa Florio and then, in June, they recorded one more DNF at Le Mans 24 Hours.

In 1971, Hezemans stayed with Autodelta and Alfa Romeo. His greatest success that year was a victory at Targa Florio, together with Nino Vaccarella in the #5 Alfa Romeo T33/3. In other sports car races, Hezemans recorded DNFs at Sebring and Brands Hatch, finished second at Zeltweg, fourth at Monza and fifth at Nurburgring.

In touring car races, he continued to drive Alfa Romeo 2000 GTAm, winning just at Monza. At Spa 24 Hours, he and Carlo Facetti finished third overall and first in class. At the end of the season, he was third in the final ETCC classification. 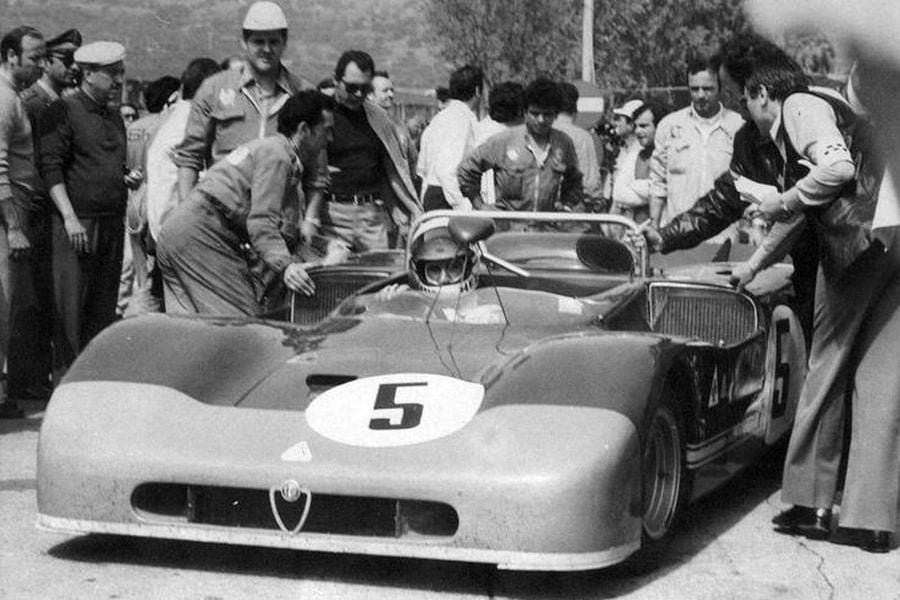 In 1973, Hezemans left Autodelta and became a BMW factory driver. He raced with BMW 3.0 CSL in the European Touring Car Championship, winning his second championship title. One of his ETCC wins was at Spa 24 Hours, where he was sharing the #10 BMW with Dieter Quester.

For the 1974 ETCC season, Hezemans joined Ford to drive a Ford Capri RS 3100 in the European Touring Car Championship and German Racing Championship (DRM). He won only one ETCC race, at Jarama, finishing sixth in the points.

Parallel to his commitments with Ford, Hezemans was driving Porsche 911 Carrera RSR in several races. He won Monza's round of the European GT Championship, together with Rolf Stommelen. In September, he scored GT class victory in World Sportscar Championship race at Brands Hatch, together with John Fitzpatrick and Manfred Schurti.

In 1975, Hezemans spent a season with Gelo Racing in the European GT Championship, finishing third in the points. His car was a Porsche 911 Carrera RSR.

Gelo Racing fielded two cars at Le Mans 24 Hours in June 1975. When his car stopped after an accident, Hezemans and his teammate Manfred Schurti joined colleagues in the second car. They finished fifth overall and first in GT class. Other drivers were John Fitzpatrick, Gijs van Lennep and Georg Loos. 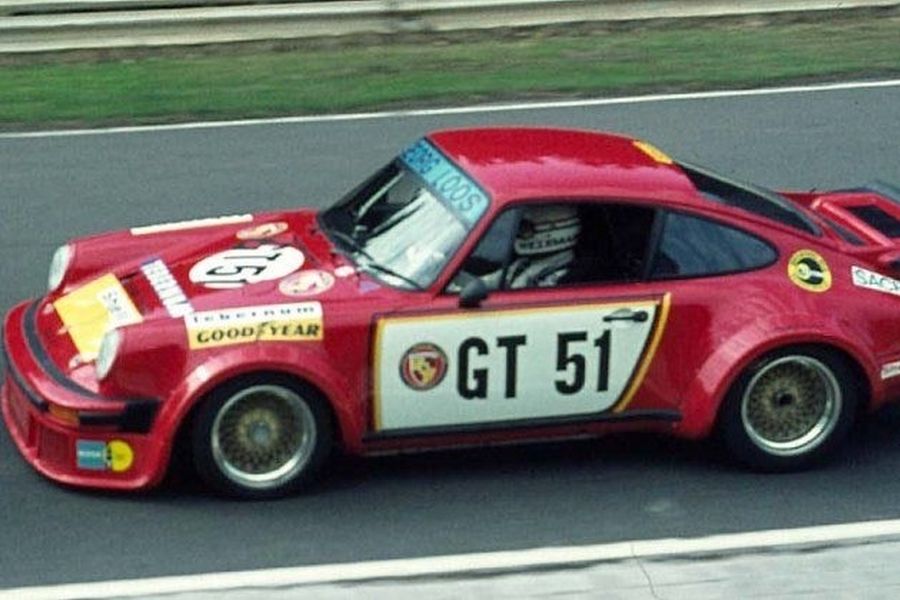 Toine Hezemans in his Porsche 934

In 1976, Hezemans stayed with Gelo Racing team in the European GT Championship and German Racing Championship, driving a Porsche 934. He finished sixth in DRM and became the European champion.

In June, he and Tim Schenken were sharing the #57 Porsche 934 at Le Mans, finishing 16th overall and second in GT class.

In 1977, parallel to part-time schedule with Gelo Racing, Hezemans joined Ford Grab Weisberg to drive a Ford Escort in the DRM but without notable results. At the wheel of Gelo Racing's Porsche 935, he won Nurburgring 1000 Km and retired at Le Mans. He also made one ETCC start in a BMW 3.0 CSL, winning a race at Zandvoort together with Dieter Quester.

In 1978, Hezemans started a season with one of his greatest results in a career. He won Daytona 24 Hours with Brumos Racing, sharing the #99 Porsche 935 with Rolf Stommelen and Peter Gregg.

Later in the season, Hezemans was driving a Porsche 935 for Gelo Racing, finishing second in the final classification of the German Racing Championship. He was a race winner three times, losing a title to Harald Ertl.

In June 1978, Hezemans recorded his last Le Mans attempt, not finishing the race in the #47 Porsche 935. In July, he won Watkins Glen 6 Hours, a part of the World Championship, together with John Fitzpatrick and Peter Gregg.

Spending the last season in the BMW M1 Procar Series

The season 1979 was the last for Hezemans. He raced in a BMW 320 Turbo at Riverside 6 Hours and in a Ford Capri Turbo at DRM Nürburgring Eifelrennen but his main duty was to race for Alimpo Sport Team Holland in the BMW M1 Procar Series.

In nine races, his best result was the second place at Zolder and he finished fifth in the points, on the grid full of F1 drivers. The champion was Niki Lauda.

After retiring from racing, Hezemans spent some time as a manager of Phoenix Carsport team. One of the drivers was his son Mike Hezemans. 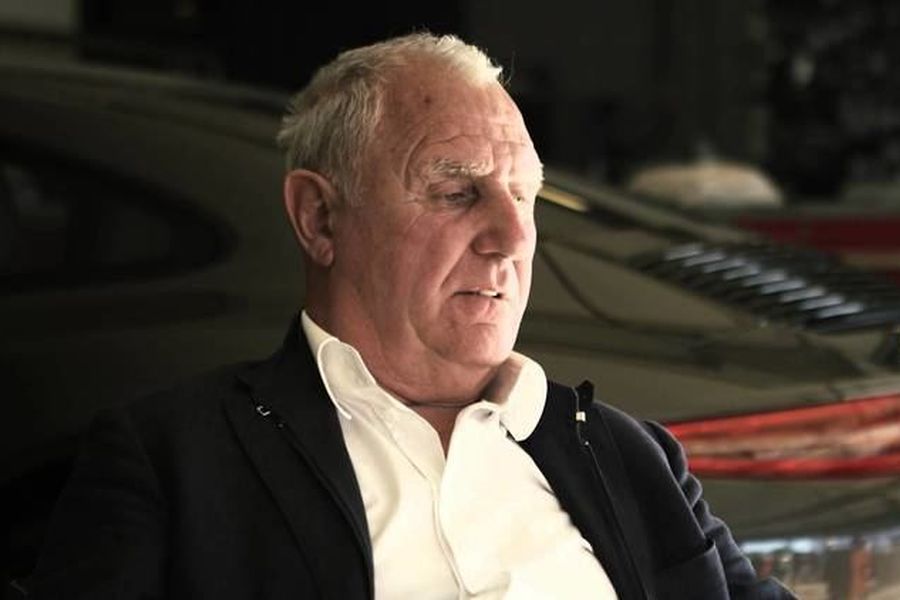