Chicagoland Speedway is a 1.5-mile (2.4-km) tri-oval speedway in Joliet, Illinois, southwest of Chicago, which hosts the races of NASCAR Winston Sprint Cup Series and Busch Series since its opening in 2001. The Truck Series came later, in 2009.

From 2001 to 2011, the speedway was also the venue of IndyCar races. The Chicagoland Speedway is the biggest sporting facility in Illinois, with spectators capacity of 75,000 seats. 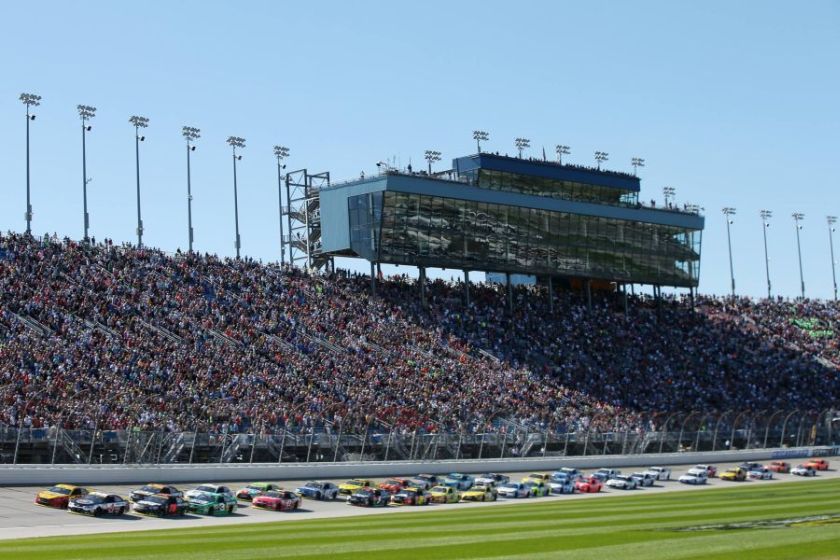 For a long time, Chicago had no proper venue for oval racing, so the idea of building a race track in this area was born in 1995. Two men who started it all were Bill France (International Speedway Corporation’s CEO) and Tony George (Indianapolis Motor Speedway president), who formed The Motorsports Alliance.

While they were looking for the location, the construction of another race track, the Chicago Motor Speedway, started in the nearby Cicero, by a group led by Chip Ganassi. That track was opened in 1999. Joliet was chosen for the location of the new speedway in 1999, after Dale Coyne opened the Route 66 Raceway in the same town in 1998. After that, he convinced Joliet officials to meet the Motorsports Alliance leaders and the deal was made.

Chicagoland Speedway was opened in 2001

In May 1999, the Raceway Associates was formed, with Coyne, George and France as co-presidents. The construction started in August 1999, and it was completed in spring of 2001. The D-shaped tri-oval superspeedway was named Chicagoland Speedway. It has four 18-degree banked turns, with a 11-degree banked frontstretch and 5-degree at the backstretch. Since the opening, there were a few additions to the facility in the following years, with the biggest investment in 2008, when the lights were installed for night racing. 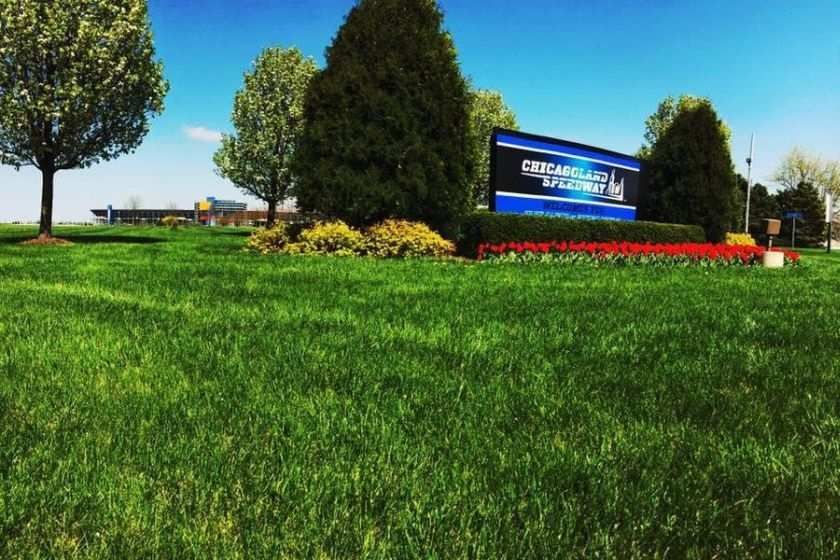 The Chicagoland Speedway opened to public in 2001

Jimmie Johnson was the first winner on the new race track

The Chicagoland Speedway was officially opened on June 23, 2001, in a special ‘meet your seat’ day, attended by around 6,000 fans. The first NASCAR Busch Series race was held on July 14, followed by the Winston Cup race the day later. The first winners were Jimmie Johnson and Kevin Harvick.

In the Busch/Nationwide/Xfinity Series, two drivers with most wins are Kyle Busch (four) and Kevin Harvick (three). In seven races of the Truck Series between 2009 and 2015, Kyle Busch won four times, so he’s an absolute record holder with nine visits to the Chicagoland’s Victory Lane. The record holder with the fastest lap, set in 2013, is Joey Logano.

Between 2011 and 2015, Chicagoland had two Nationwide Series races annually, as a part of the NASCAR Realignment. In 2011, the Sprint Cup Series race was moved from July to September, to be the first race of the Chase for the Cup. 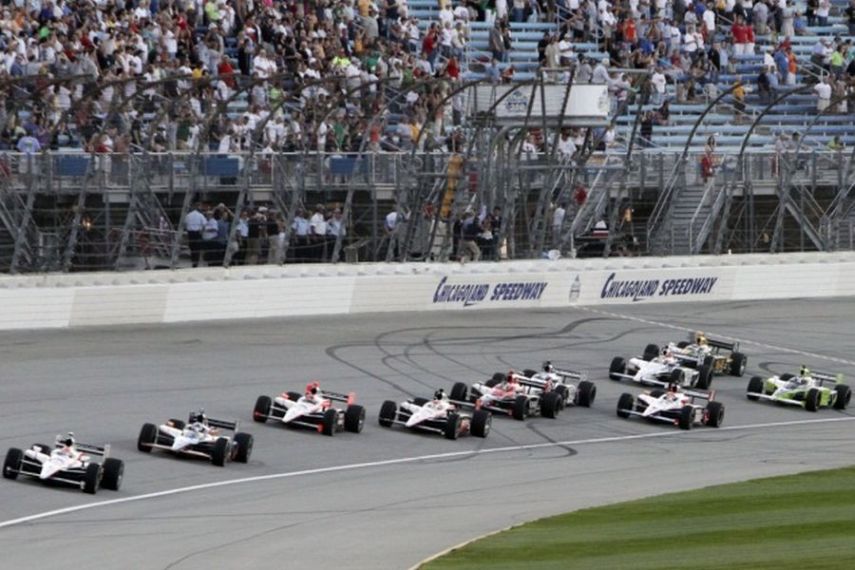 IndyCar drivers visited Joliet between 2001 and 2010

The place of many IndyCar records

The first Indy Racing League event at Chicagoland Speedway was held on September 2, 2001. The winner was Jaques Lazier. Since the first event, the Chicagoland had a reputation as one of the most competitive oval circuits on the IRL calendar and many races saw extremely tight racing and close finishes.

In 2002, the winner was decided for the first time in a photo finish. Sam Hornish Jr. has won by 0.0024 seconds over Al Unser Jr., which was the closest ever finish in the IndyCar history. The 2003 race was also close, with Sam Hornish winning by 0.0099 seconds ahead of Scott Dixon and Bryan Herta in a three-wide finish.

In total, three of five closest IndyCar racing finishes happened in Joliet. In 2008, the race was the last round of the championship and Helio Castroneves fought against Scott Dixon for the title. Castroneves won by 0.0033 seconds, which was the second closest finish ever, but Dixon took the title. 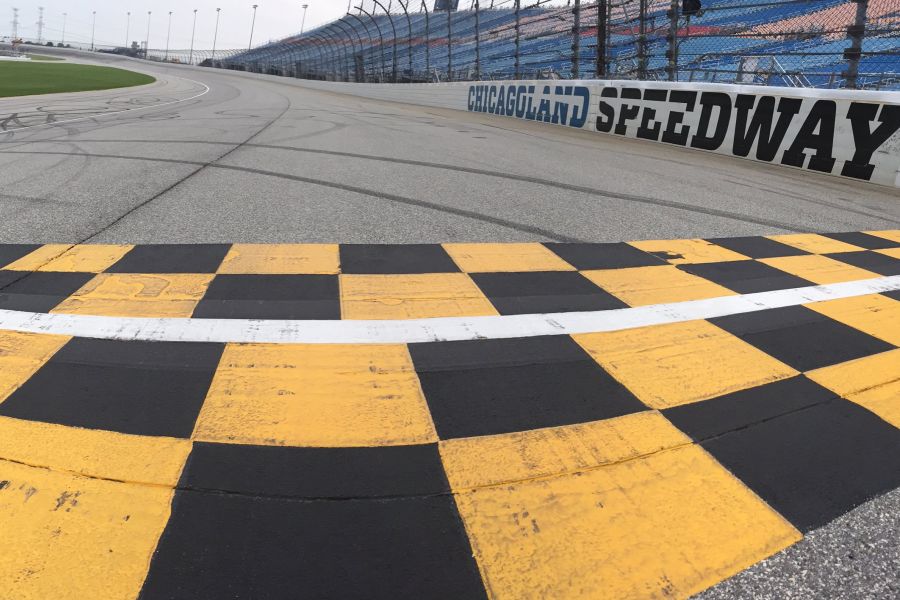 223 mph was an average speed in the fastest lap

For the 2011 season, Chicagoland was dropped out from the IndyCar calendar. Since then, the Joliet’s superspeedway is the venue exclusively for stock car races. In 2016, Nickelodeon takes the sponsorship of the Sprint Cup race and renames it to Teenage Mutant Ninja Turtles 400, which is probably the most awkward name of any race ever.