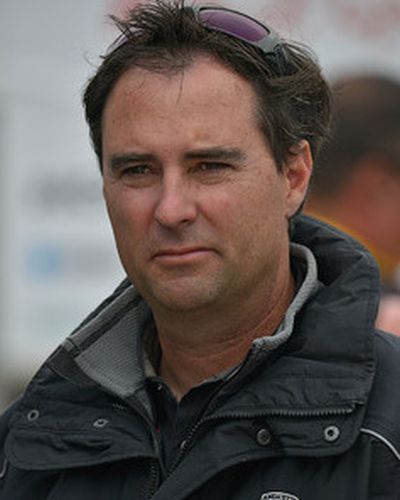 Bryan Herta is an American retired racing driver and current team owner of the team which competes in different racing competitions, most notably in the IndyCar Series.

As a racer, Herta was most active in open-wheel competitions, winning championship titles in the Barber Saab Pro Series and Indy Lights Championship early in a career. Later he competed in major North American championships (CART, Indy Car) from 1994 to 2006, winning four races. He reached the podium at Indianapolis 500 in 2005, finishing in the third place. 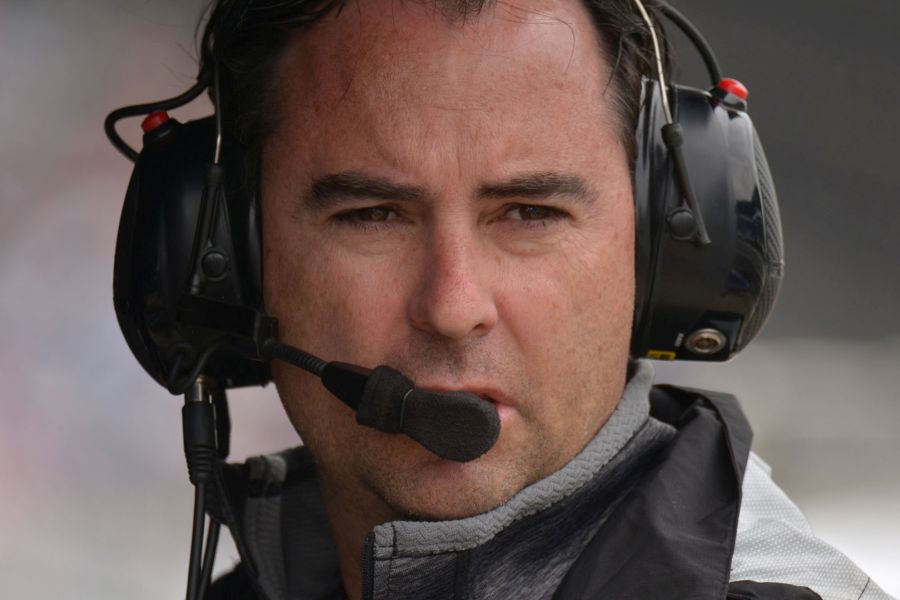 He won two championship titles early in a career, triumphing in the Barber Saab Pro Series in 1991 and in the Firestone Indy Lights Championship in 1993. Driving for Tasman Motorsports, he was absolutely dominant in the 1993 Indy Lights season, winning seven out of twelve races.

CART Championship debut in 1994 with A. J. Foyt

In 1994, Herta made a debut in the CART Indy Car World Series with A.J. Foyt's team. His first race was the Indianapolis 500 where he finished ninth in the #14 Lola-Ford.

He participated in four more races before having a crash at Toronto which interrupted his season. Because of injuries, he didn't race until that year anymore.

One season with Chip Ganassi Racing

For the 1994 CART season, Herta joined Chip Ganassi Racing to drive the #4 Reynard-Ford. The highlights of the season were pole position at Phoenix and second place in the race at Cleveland.

He ended a year 20th in the points and lost CGR seat for the next season. However, Herta secured a place in another top team for 1996 – Team Rahal. 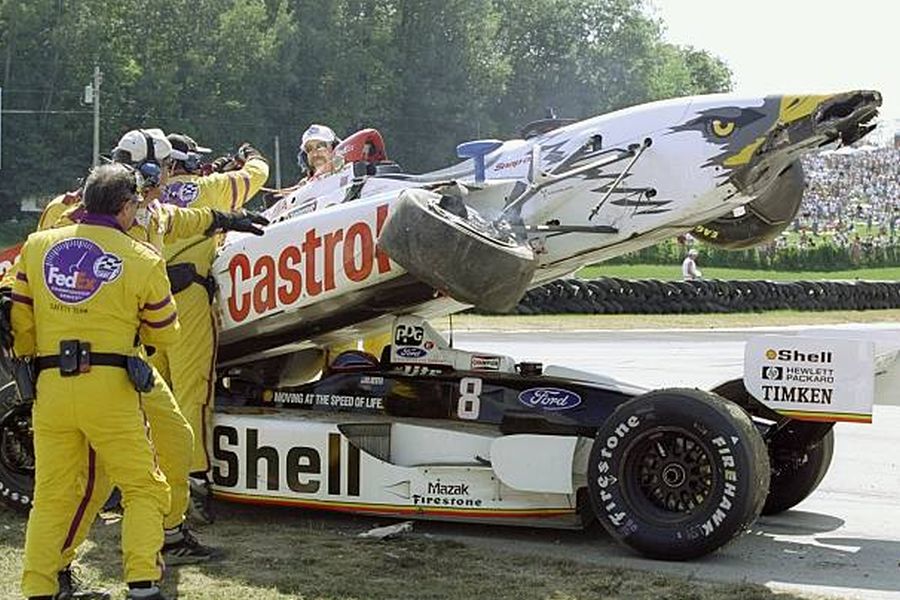 Driving the #28 Reynard-Mercedes for Team Rahal, Herta scored two podiums in 1996 to finish 8thin the points. He was second at Michigan and Laguna Seca. He lost at Laguna Seca after a famous and spectacular move by Alex Zanardi at the Corkscrew chicane.

However, Herta earned a reputation as a specialist for Laguna Seca and other road courses, scoring his maiden CART victory at Laguna Seca in 1998. He added two more podiums on his account that year to finish 8th in the points, what remained his career-best result.

The second win at Laguna Seca followed in 1999, again with Team Rahal, and he finished 12th in the final championship standings. 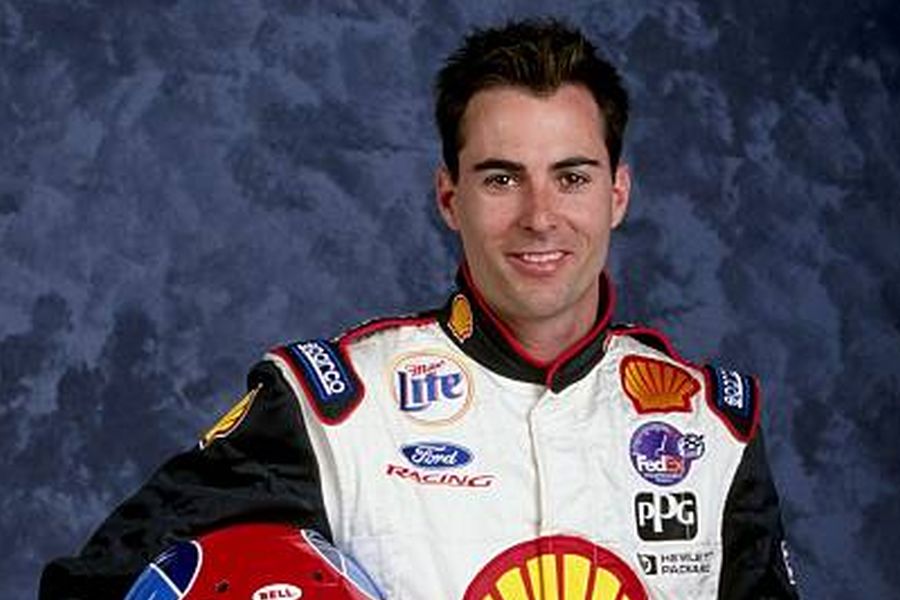 In 2001, he spent a full season with Forsythe Racing, scoring one podium at Cleveland and finishing just 22nd in the points. He was out of CART Championship in 2002 and then returned in 2003 for one race with PK Racing at Laguna Seca. 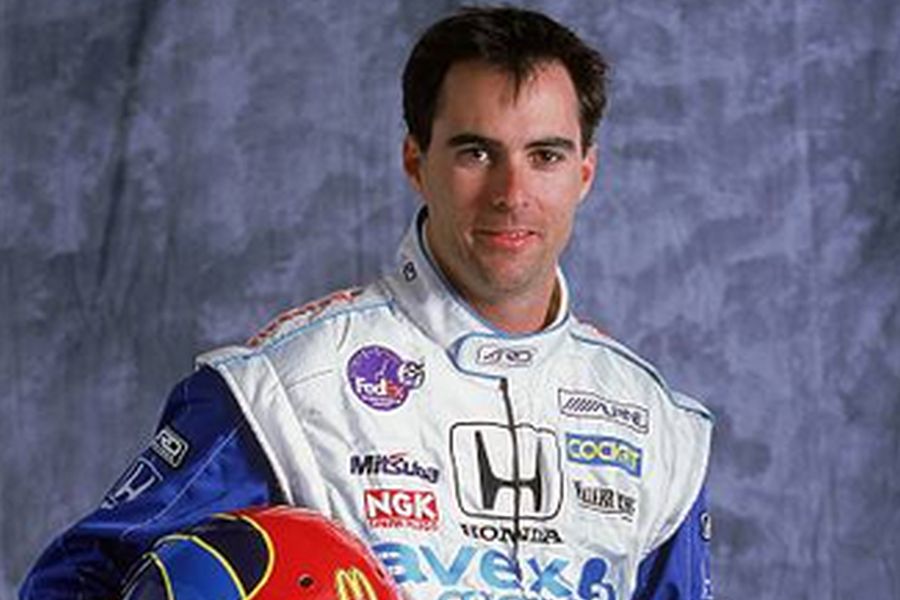 In the meantime, Herta spent a full season in the 2002 American Le Mans Series with Panoz Motorsports, driving the #51 Panoz LMP 01 Evo. His best result was the third place overall at Grand Prix of Sonoma. His full-time partner was Bill Auberlen.

In June 2002, Herta recorded his only attempt at 24 Hours of Le Mans. In his debut at Circuit de la Sarthe, he was sharing the #11 Panoz LMP 01 with Jan Magnussen and David Brabham, not finishing the race because of a broken engine.

In 2003, Herta made one more ALMS start with Team Nasamax at Sebring 12 Hours but he focused on racing in the inaugural IRL IndyCar Series with Andretti Green Racing as a replacement for injured Dario Franchitti. Herta was driving the #27 Dallara-Honda in 11 races, winning at Kansas and taking three more podiums to finish 13th in the points.

The team expanded to four cars in 2004 IRL season and Herta was driving the #7 Honda in all fifteen races. He was on a podium at Chicagoland only, finishing ninth in the points. 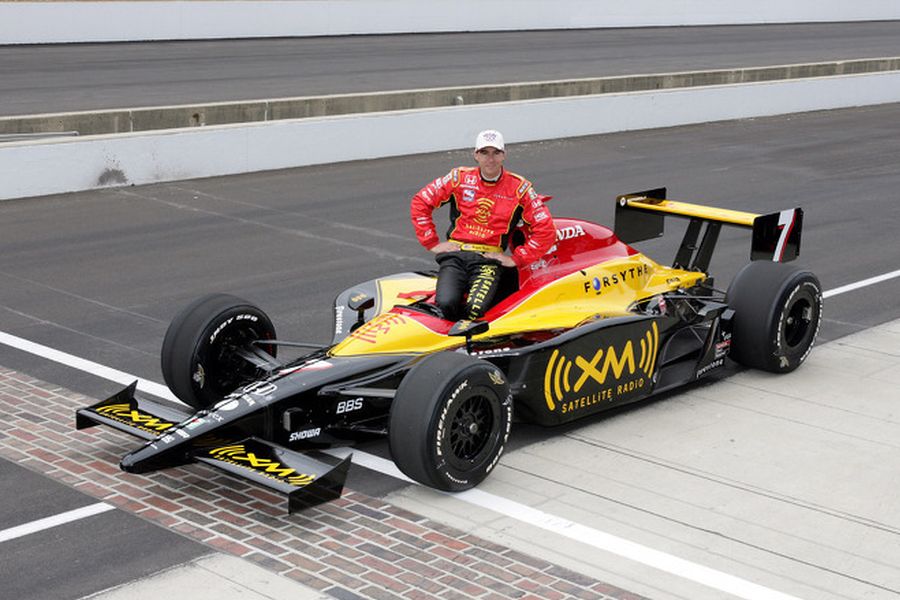 2005 – the podium at Indianapolis, victory at Michigan

In 2005, still at the wheel of the #7 Honda, Herta scored his career-best result at Indianapolis 500, finishing in the third place behind his teammate Dan Wheldon and RLL driver Vitor Meira.

Later in the season, in July at Michigan International Speedway, Herta managed to beat Wheldon for his second IRL victory and the last win in North American open-wheel competitions. He ended a season 8th in the points.

Representing USA in the A1 Grand Prix Series

Between two IndyCar seasons, Herta was representing Team USA in the A1 Grand Prix Series. In November 2005, he raced at Australian and Malaysian rounds. Then, in February and March 2006, he raced in Mexican and US rounds.

Herta then rejoined Andretti Green Racing in the 2006 IRL IndyCar Series season, scoring no wins or podiums in the #7 Honda. He was 11th in the final classification of his final IndyCar season. 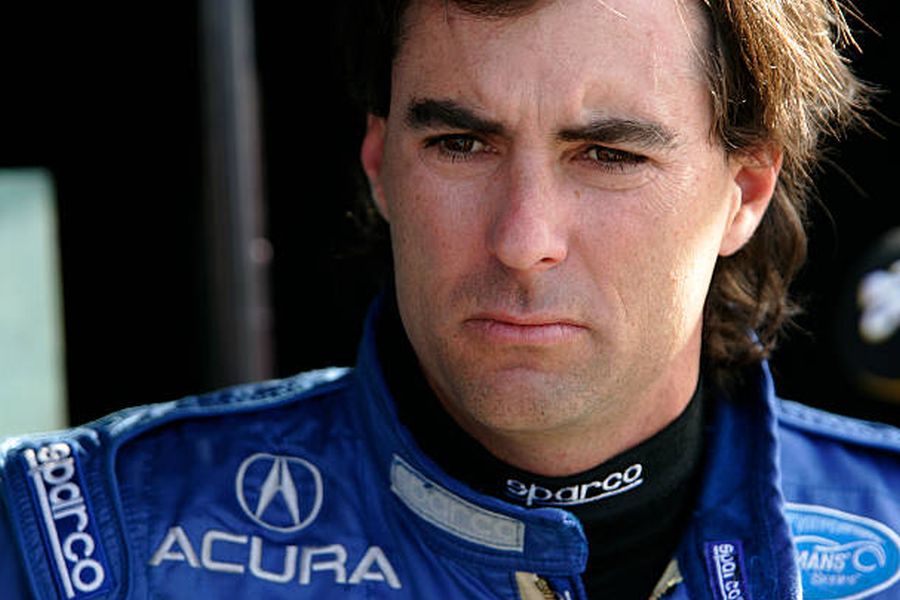 Bryan Herta as Acura driver in 2007

Ending a career with two seasons in the ALMS

In 2007, Herta left IndyCar Series and spent a full season in the American Le Mans Series with Andretti Green Racing, driving the #26 Acura ARX-01a. The highlight of the season was the second place overall and LMP2 class victory at Sebring 12 Hours, together with Marino Franchitti and Tony Kanaan. Herta finished the season seventh in the points.

Herta stayed with Andretti Green Racing in the American Le Mans Series in 2008, driving an Acura ARX-01B in four races, without wins or podiums.

After retiring from racing in 2008, at the age of 38, Herta served as a driver coach for Vision Racing and then started a new adventure as a team owner in 2009. He founded Bryan Herta Autosport, entering the Firestone Indy Lights Series in a cooperation with Vision Racing, running a car for Daniel Herrington.

In 2010, the team ran full-time Indy Lights programme for Sebastian Saavedra and Stefan Wilson, also making a debut with Saavedra in the IndyCar Series, finishing 23rd at Indianapolis 500. 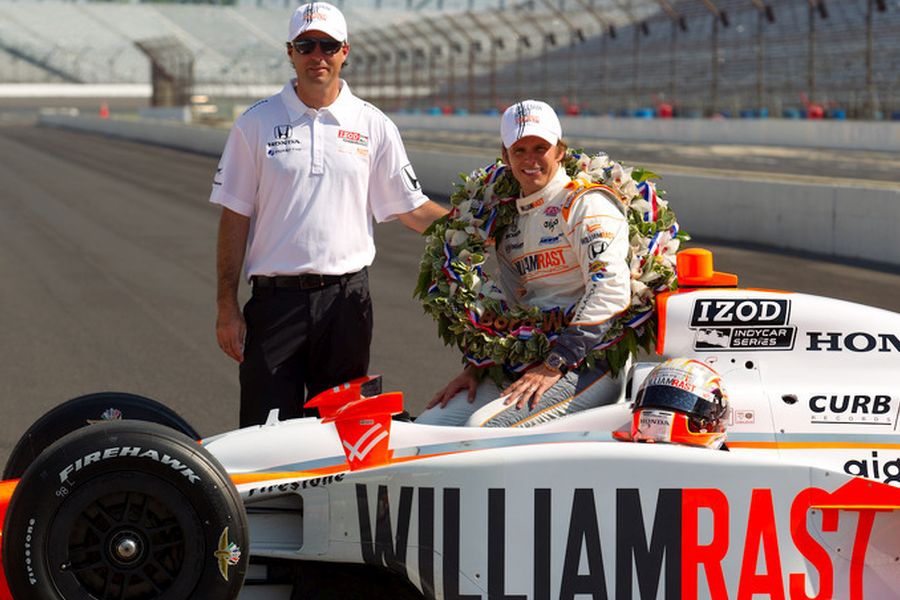 Bryan Herta and Dan Wheldon in 2011

In 2011, the team continued to run two cars in the Indy Lights Series but the highlight of the season was a victory at Indianapolis 500 for Dan Wheldon in Bryan Herta Autosport's #98 Dallara-Honda.

For the 2016 IndyCar season, Herta partnered with Michael Andretti as a co-owner of the #98 Honda, forming the Andretti Herta Autosport. Alexander Rossi gave them a victory at Indianapolis 500. In 2017, the cooperation has been continued with Rossi in the #98 Honda. For 2018, Rossi and Marco Andretti switched places and Michael's son became a driver of the #98 car. 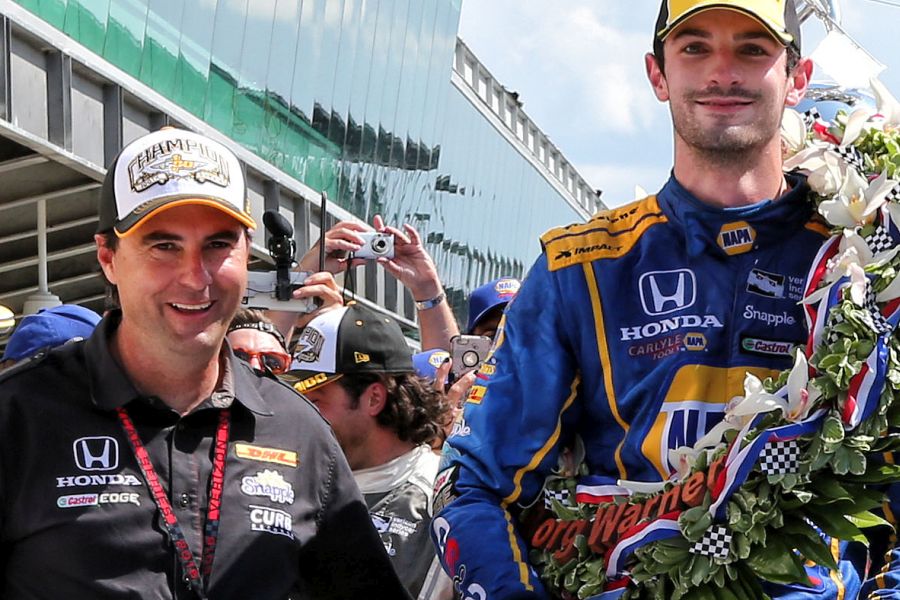 Bryan Herta and Alexander Rossi in 2016

Rallycross adventure in the GRC

From 2015 to 2017, Bryan Herta was also running a team (Bryan Herta Rallysport) in the US-based Global Rallycross Championship. In all three season, the team was running Ford Fiesta ST. In the first season, Patrik Sandell and Austin Dyne were drivers. Sandell scored one victory.

In 2016, only Sandell was driving for the team, scoring one more win. In 2017, Cabot Bigham participated in nine races while Austin Cindric was representing the team in a double-header event at Seattle.

In 2018, Bryan Herta Autosport announced a new partnership with Hyundai and Curb Agajanian. They will compete in the new Pirelli World Challenge TCR class. Veteran drivers Michael Lewis and Mark Wilkins will race a pair of Hyundai i30N TCRs.