Citroen Xsara WRC is one of the most successful cars in the history of the World Rally Championship. It was used by the French manufacturer between 2001 and 2007. This car won three Manufacturer’s WRC titles from 2003 to 2005 and three Drivers’ titles with Sebastien Loeb from 2004 to 2006. In total, Xsara WRC recorded 32 WRC victories before it was replaced by C4 WRC in 2007. 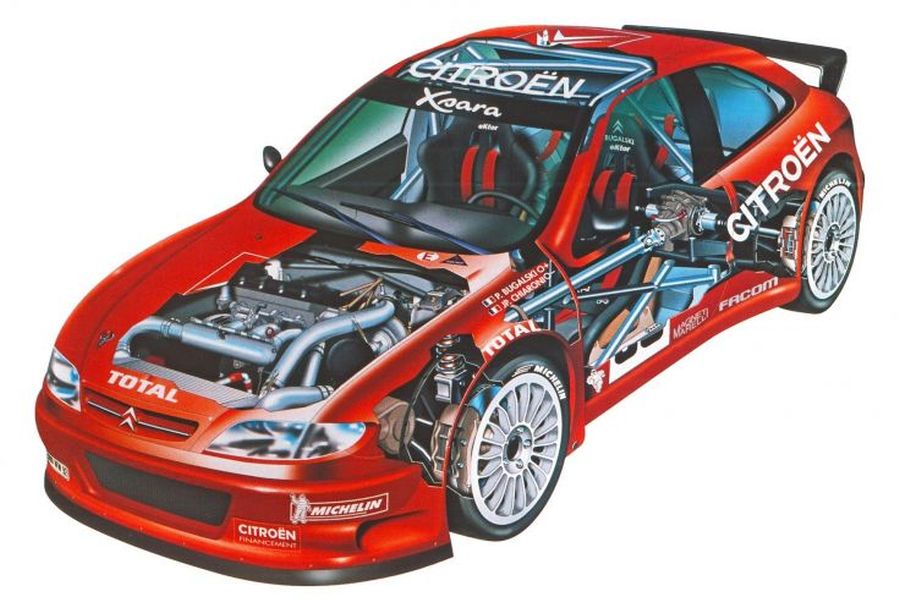 Cutaway of the 2001 Citroen Xsara WRC

The WRC version of Xsara is based on the production version of the compact car which was introduced in 1997 and underwent design changes in 2000. Prior to WRC-spec car, the front-wheel-drive Xsara Kit Car was in use in from 1998 to 2000, being the best car in the class.

The late Philippe Bugalski has won two French rally titles with Xsara Kit Car and even scored two overall wins in the WRC, at 1999 Rallye Catalunya and 1999 Tour de Corse. In 2000, the Citroen Xsara T4 was the predecessor of WRC-spec car, which was introduced for the 2001 WRC season.

The four-wheel-drive was a regular feature, together with electronically controlled front, central and rear active differentials. Xsara had six-speed X-Trac sequential gearbox. 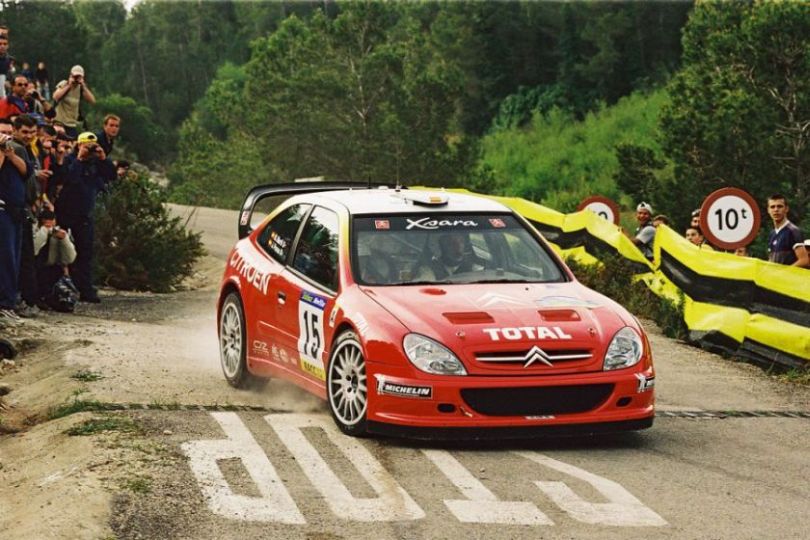 Xsara WRC had the competitive debut in the 2001 World Rally Championship season, starting in the fourth round, in March at Catalunya. The main drivers in debut season were Philippe Bugalski and Jesus Puras, with Thomas Radstrom and Sebastien Loeb participating in one event each. The maiden victory for Xsara was scored by Jesus Puras and his navigator Marc Marti at 2001 Tour de Corse.

Sebastien Loeb debuted with Xsara in October 2001 at Rallye Sanremo and he finished second overall, behind Peugeot’s Gilles Panizzi. In 2001, Loeb became the Junior World Rally Champion and after that, he was transferred to the Citroen’s main team for the 2002 WRC season. In the opening event of the 2002 season, at Rallye Monte-Carlo, Loeb was supposed to win but he was penalized due to an illegal tire change and dropped to the second place. 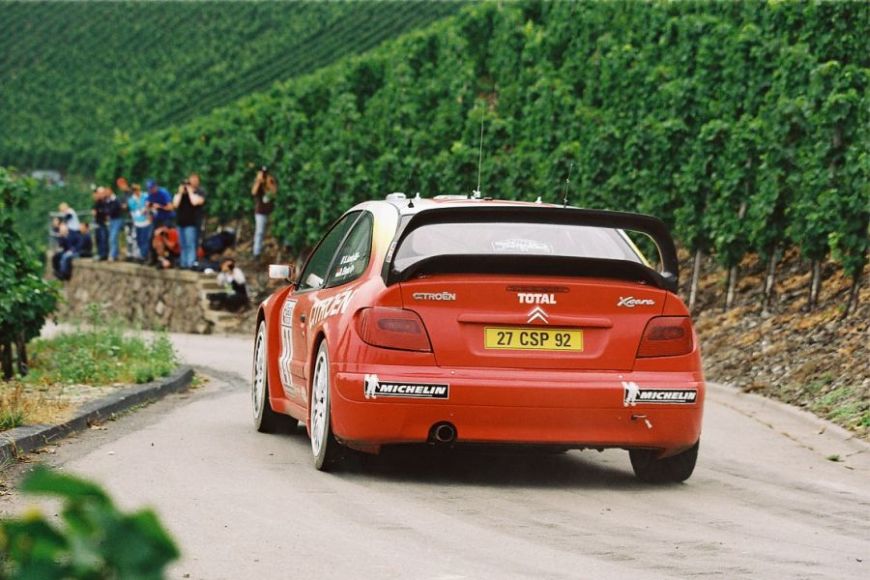 Loeb scored his first win with Xsara in Germany

Loeb’s first victory with Xsara WRC came in August, at 2002 ADAC Rallye Deutschland. It was Loeb’s maiden WRC win and the beginning of the stellar career. In general, he won nine world titles and had incredible 78 WRC wins. Loeb scored twenty-eight wins with Xsara WRC.

In 2003, Loeb became the championship contender and lost the title by one point to Petter Solberg. Loeb has won three events (Monte-Carlo, Germany and Italy), Carlos Sainz added one victory (Turkey) and Citroen took its first Manufacturer’s title, ahead of Peugeot and Subaru. Besides Loeb and Sainz, the third full-time driver was Colin McRae. 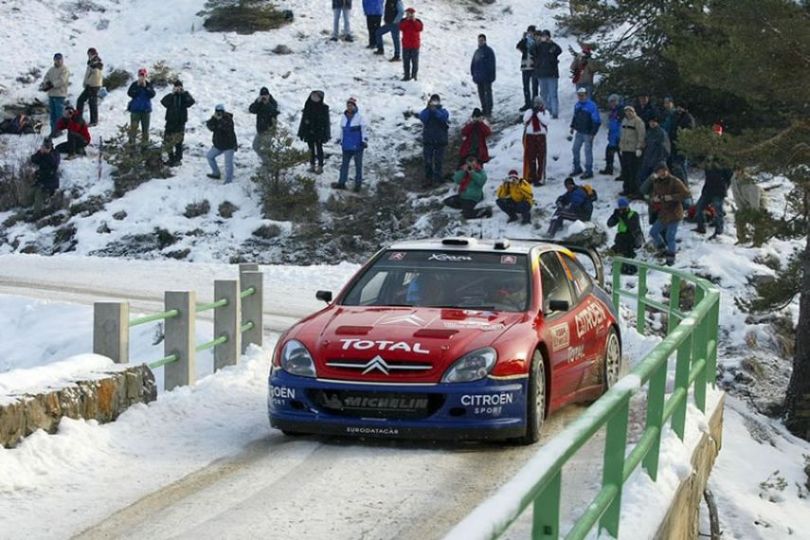 Francois Duval became the fourth driver who won with Xsara WRC and took the victory at 2005 Rally Australia. In both seasons, Citroen was the best manufacturer while Sebastien Loeb earned his first two titles. 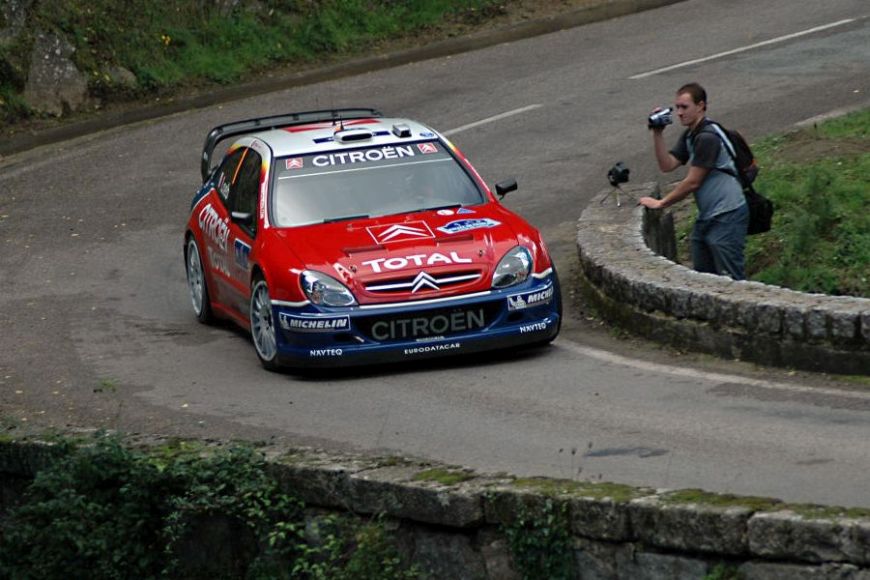 Evolution of Xsara for 2006 WRC season

For the 2006 WRC season, Xsara WRC was changed according to the new regulations which required mechanical front and rear differentials, while the central differential remained active. Active suspension and water injections were also prohibited.

Cars entered by a manufacturer had to be equipped with the same engine for two ralliesSome parts of the car were changed for example steering, turbochargers and gearboxes. 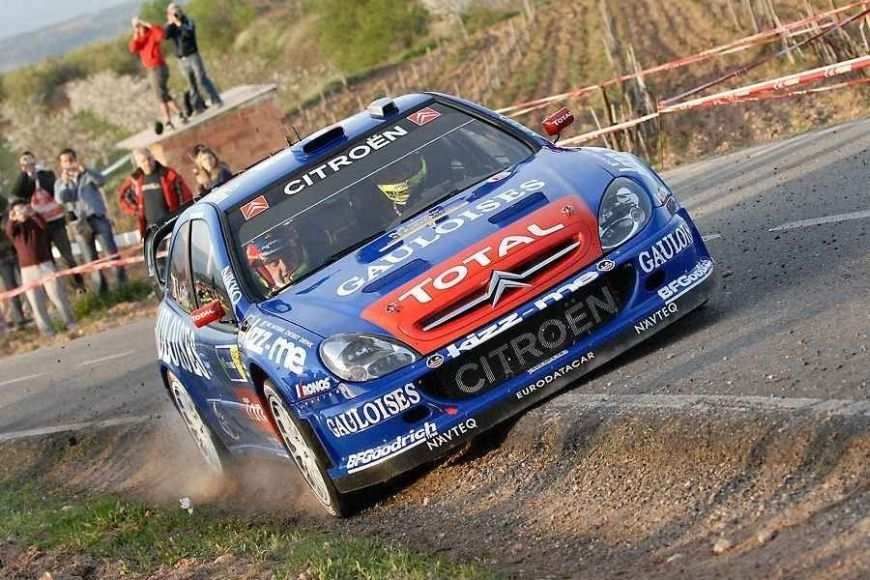 Loeb’s third title with Xsara in 2006

In 2006, Sebastien Loeb and his navigator Daniel Elena earned eight more wins with Xsara, securing the third consecutive title for the French pair. They competed under Kronos Racing banner since Citroen was officially out of the championship while developing a new car for the next season.

Because of a broken arm as a result of a mountain-biking accident, Loeb missed four events at the end of the season, taking the title with a one-point advantage over Marcus Gronholm. In the manufacturers’ classifications, Ford took the title. 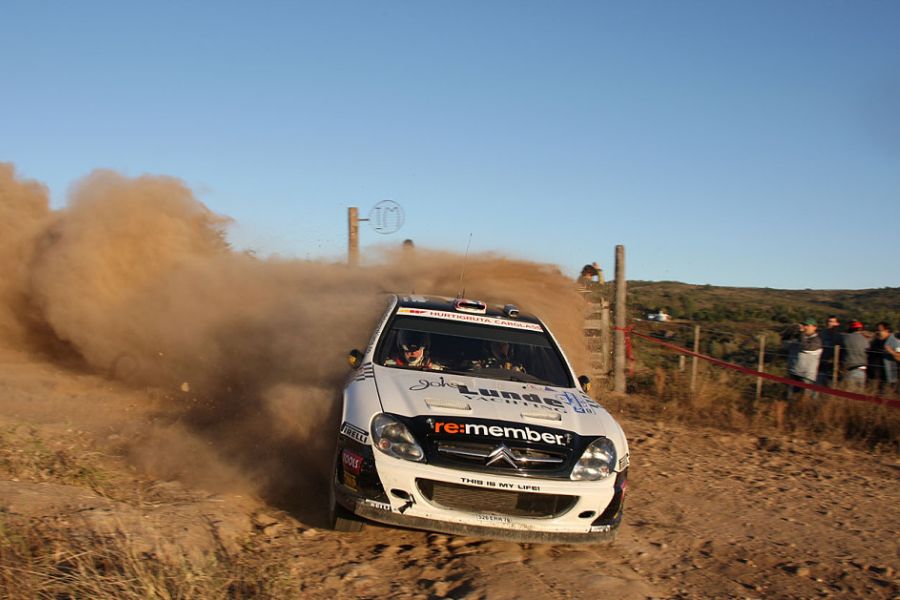 Petter Solberg was the last to use Xsara in the WRC

With 32 wins and six titles, Xsara WRC ended its career in 2007 and was replaced by C4 WRC. However, Xsara WRC remained in use by private teams. In 2007, some of Xsara drivers were Manfred Stohl, Francois Duval, Gigi Galli and Toni Gardemeister. In 2009, Petter Solberg launched his private WRC team with Xsara WRC and he competed almost a full season with that car, switching to C4 WRC in his last event.

Xsara WRC also had a notable career in the rallycross. Between 2000 and 2005, Kenneth Hansen had won six consecutive European Rallycross championship titles with Xsara. The old Xsara was even used in one event of the 2014 World Rallycross Championship.