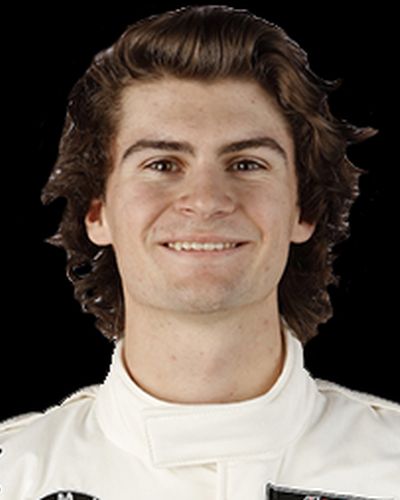 Colton Herta is an American racing driver who currently competes in the IndyCar Series, driving the #88 Dallara-Honda for Andretti Harding Steinbrenner Autosport.

Herta recorded his maiden IndyCar victory in just his third start in the series, in March 2019 at the Circuit of the Americas, becoming the youngest ever IndyCar race winner, aged 18 years, 11 months and 25 days.

Two months earlier, in January 2019, he wrote another great victory to his CV, finishing first in the GT class at 24 Hours of Daytona, as a member of BMW Team RLL.

Earlier in a career, Colton Herta competed in several open-wheel championships and he was among the front-runners in each of those competitions, finishing second in the 2018 Indy Lights, third in the 2017 Indy Lights, second in 2016 Spanish F3 Championship, third in 2015 MSA Formula and first in 2013 Pacific Formula F1600. 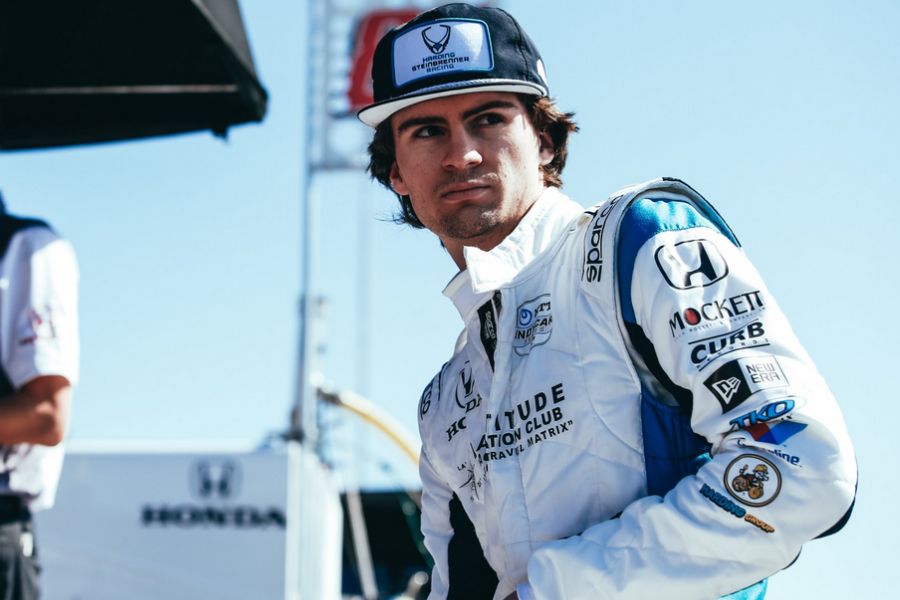 Colton was predestined to become a race car driver

Born in March 2000 in Valencia, California, as a son of Bryan Herta, an experienced IndyCar/Champ Car driver and race winner, Colton was predestined to become a race car driver. Bryan Herta was active in the IndyCar Series until 2006 and then two more years in the American Le Mans Series, having his son always near him.

When Bryan's career ended, Colton's career has begun. He made a debut in karting competitions at the age 10, immediately reaching top results. Between seasons 2012 and 2013, Colton made a debut in formula racing, participating in the SBF2000 Winter Series.

First championship title in the first season of racing

Then, in 2013, Colton spent his first full season as formula driver and he won his first championship title. He was dominant in the Pacific Formula F1600, scoring ten victories in fifteen races at the wheel of Mygale SJ11-Honda.

The next step for Colton was the Cooper Tires USF2000 Championship in 2014. He skipped the first round due to age requirements because he was under 14, but later during the season he was almost regularly among point scorers and he finished 15th in the final standings.

In 2014, Colton also made his international debut in formula racing, participating in one event of the AsiaCup Series at Sepang. He was on a podium in all three races, winning the first race.

The season 2014 was also special because he made a one-off appearance in the Global Rallycross Championship, competing in the GRC Lites category and becoming the youngest driver in the championship. 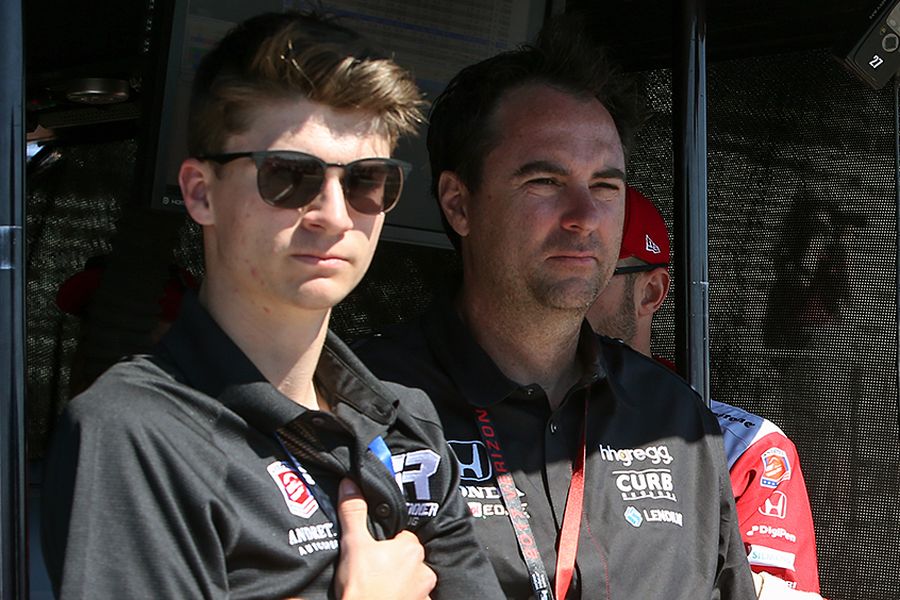 In 2015, Colton continued a career in the UK, driving for Carlin in the MSA Formula Championship, the F4-range competition. At the wheel of the #10 Mygale-Ford, he won two races in the sixth round at Snetterton and then two at Rockingham and Brands Hatch.

In thirty races, he was on a podium twelve times, including four wins, finishing third in the championship points behind Lando Norris and Ricky Collard.

After a year in Formula 4, it was time for Formula 3 in 2016. He was too young to start the season in the BRDC British Formula 3 Championship, so he entered EuroFormula Open  Championship with Carlin. He was a rookie winner five times and overall winner four times, finishing second in the points among rookies and third in the overall standings.

Three rounds of the EuroFormula Open counted for the Spanish F3 Championship and he finished second in the points.

During the season, he also participated in two rounds of the BRDC British F3 Championship. In six races, he performed the best in the third race at Brands Hatch, winning the race. At Oulton Park, he was on a podium two times.

In 2017, Colton Herta moved his career back to the United States and joined the newly formed Andretti-Steinbrenner Racing to drive the #98 in the Indy Lights Series. He had a strong start of the season at the streets of St.Petersburg, finishing second in Saturday's race and winning Sunday's race. One more win came in the next round at Barber Motorsports Park.

There were no more wins until the end of the season, just four podiums, and Herta finished third in the overall standings, behind Kyle Kaiser and Santiago Urrutia, and the best rookie. 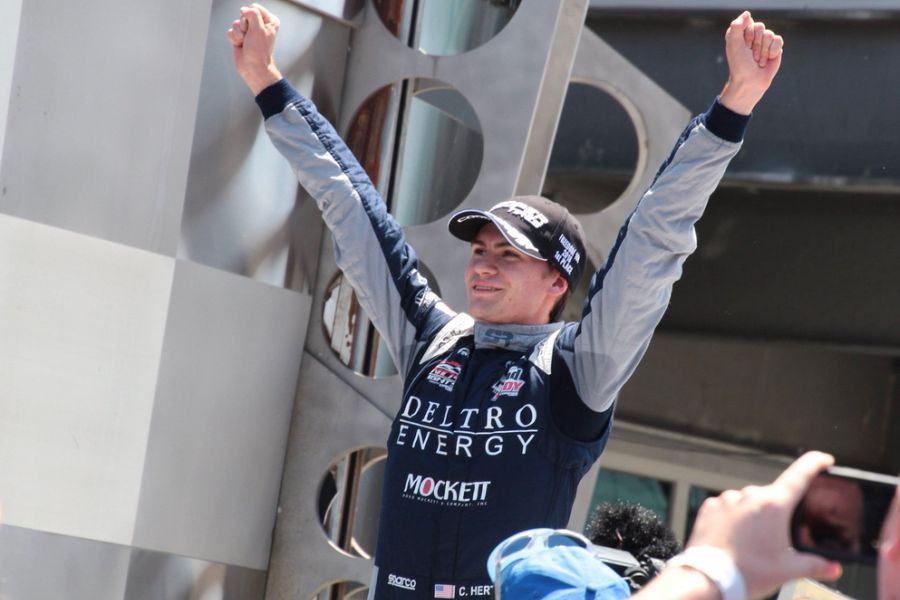 In 2018, Colton Herta remained in Indy Lights, continuing to drive the #98 car for Andretti-Steinbrenner Racing. He won four races, all four in a row, including three races at Indianapolis Motor Speedway.

He added nine more podiums to his account, finishing second in the championship points, behind his Andretti Autosport teammate Patricio O'Ward.

IndyCar Series debut in the last round of 2018 season

In September 2018, Colton Herta made his IndyCar Series debut, driving the #88 Chevrolet for Harding Racing in the season-closing race at Sonoma Raceway. He finished the race in 20th place, in the same lap as race winner Ryan Hunter-Reay.

A one-off deal in 2018 became a full-time agreement for the 2019 IndyCar season and Colton was appointed as a driver of the #88 Honda for newly formed Harding-Steinbrenner Racing. 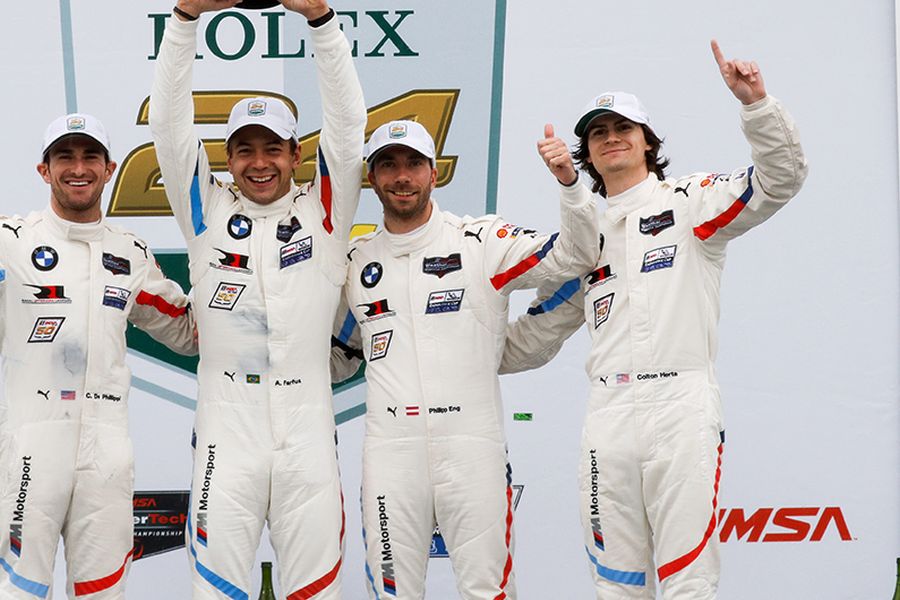 Colton Herta (right) and his teammates at Daytona 24h podium

Before the start of IndyCar season, Colton was invited to join BMW Team RLL at 24 Hours of Daytona in January, to partner Connor De Phillippi, Augusto Farfus and Philipp Eng in the #25 BMW M8 GTE.

The victory at Daytona was just the beginning of a fantastic year. On March 10, at St. Petersburg, Herta started the season as the first driver born in the 2000s but a real milestone moment followed two weeks later at the Circuit of the Americas when he won the IndyCar Classic. With that victory, Colton Herta became the youngest race winner in IndyCar history. The second victory came in the season's finale at Laguna Seca. Despite two wins, he didn't win Rookie of the Year award, losing by five points to Felix Rosenqvist. 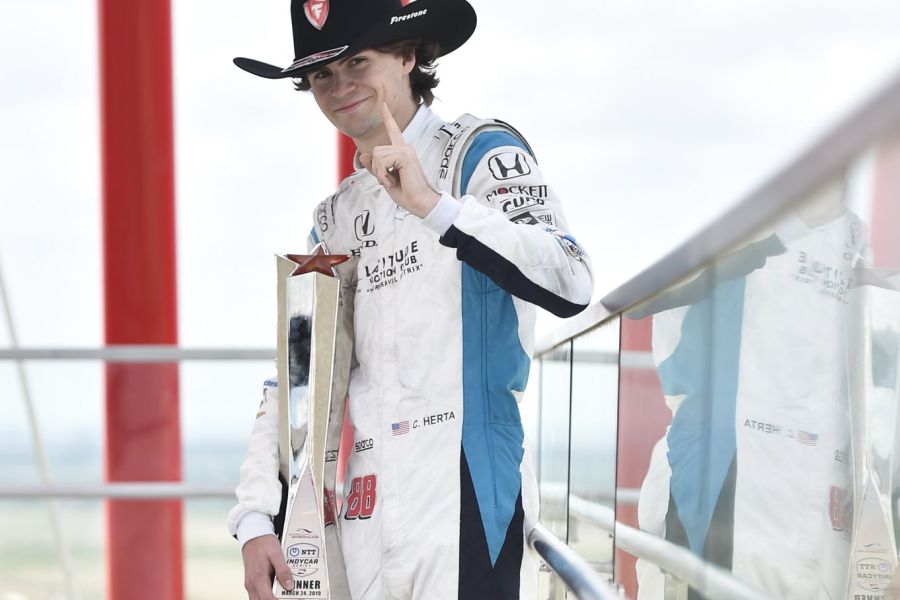