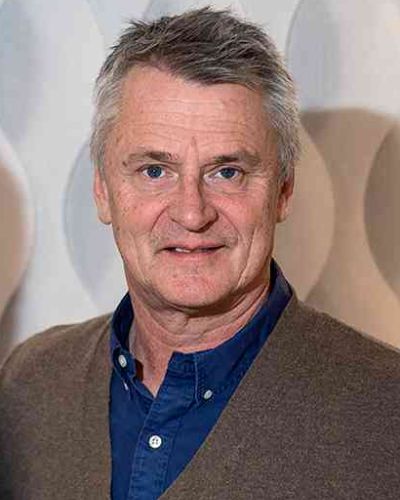 Eje Elgh is a Swedish former racing driver who was active between 1974 and 1993, participating first in different single-seater competitions in Europe and then spending more than ten years in Japan, racing mostly with sports prototypes.

He never won some championship title but he was close few times in open-wheel competitions such as Formula Super Vee, Formula 3 or Formula 2. He participated eleven times at 24 Hours of Le Mans, reaching two podiums in C2 class with Toyota. He was also on a podium at Daytona 24 Hours, finishing third overall in 1992 with Porsche 962. 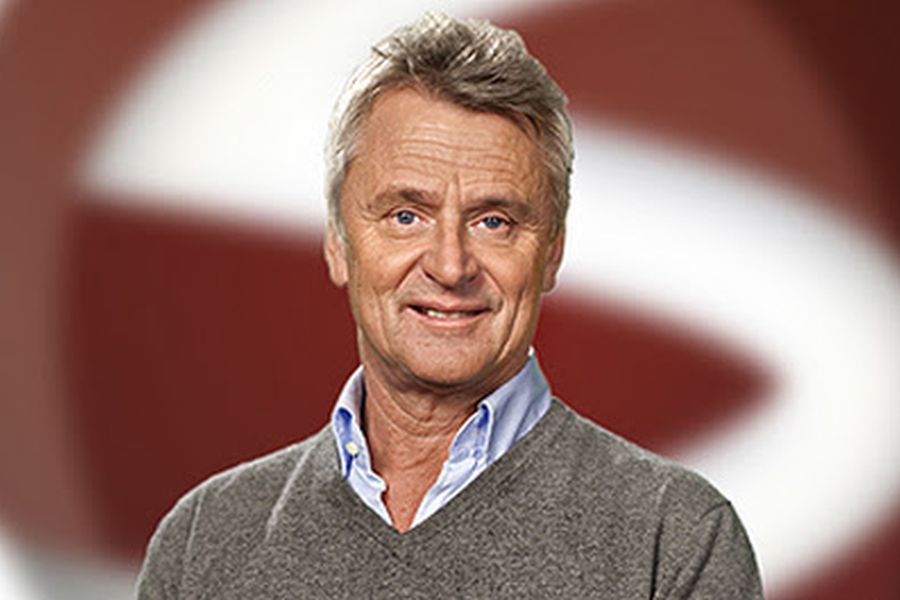 In 1977, he moved to British BARC Formula 3 Championship, immediately gaining a great success and finishing second in the points with Chevron Racing Team. He won three races but the title went to Derek Daly. 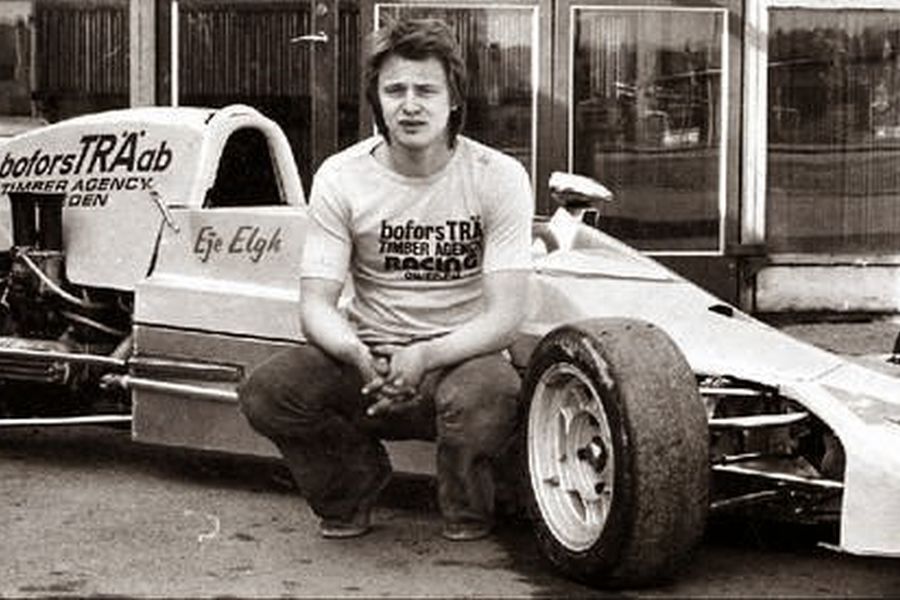 In 1978, Elgh's main competition was the European Formula 2 Championship with Fred Opert Racing's. Driving a Chevron-Hart, he scored one podium to finish 11th in the points. Between seasons 1978 and 1979, Elgh went to New Zealand to race in the Formula Pacific, finishing in the fourth place.

He returned to European Formula 2 in 1979 and spent three more seasons in the championship. In 1979, he was driving March-BMW for Marlboro Team Tiga, winning one race and finishing 9th in the points. In 1980 and 1981, he drove for Willy Maurer's team, reaching a peak in 1981 when he was third in the championship points, behind Geoff Lees and Thierry Boutsen. 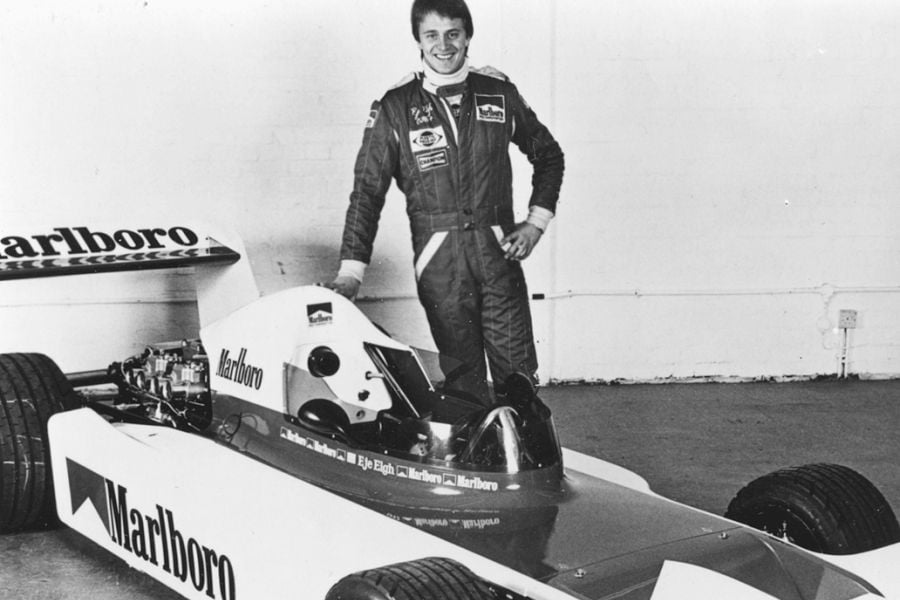 Eje Elgh early in a career

In 1982, Elgh made just two starts in the European Formula 2 but the season was marked by his debut at 24 Hours of Le Mans. He came to the Circuit de la Sarthe with March Racing to drive the #14 March 82G-Chevrolet. Sharing a car with Jeff Wood and Patrick Neve, he retired after 78 laps.

Despite his previous success in Formula 2 and a test with McLaren F1 team, Elgh had no future in Formula One so he decided to try his luck on the other side of the world, in Japan.

Three seasons in the Japanese Formula 2

In 1983, Elgh joined Team LeMans in the Japanese Formula 2 Championship, scoring one podium in a March-BMW to finish ninth in the points. He also raced at F3 Macau Grand Prix, finishing fourth in a Hayashi-Toyota.

In the 1984 Japanese Formula 2, Elgh scored one podium with Autobacs Racing Team's March-BMW, finishing fourth in the points. In 1985, he was driving March-Honda for Speed Star Wheel Racing Team, finishing fifth in the points with two podiums. His last year in Formula 2 was 1986 when he finished sixth with March-Yamaha. 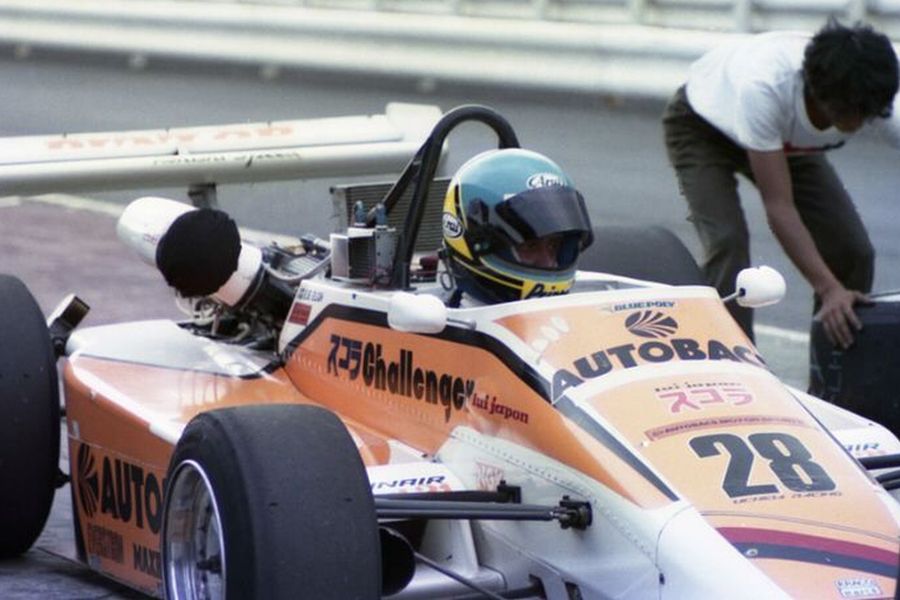 Parallel to his F2 commitments, Eje Elgh was developing a sports car racing career in Japan. In 1983, he started with Dome RC83-Cosworth in several Japanese races, sharing a car with Tiff Needell or Stanley Dickens. In 1984, he raced with Dome-Toyota in Japan and appeared at Le Mans in the #39 Dome RC83-Cosworth, where he and Stanley Dickens didn't start the race because of an accident during practice.

Elgh scored his first sports car victory in Japan in April 1985, winning the Suzuka 500 together with Geoff Lees in the #38 Dome 84C-Toyota. They raced with the same car at Le Mans, retiring after 141 laps. In 1986, Elgh continued to race with Dome in Japan and returned to Le Mans, sharing a car with Beppe Gabbiani and Toshio Suzuki. They completed 296 laps, not being classified in the final standings. 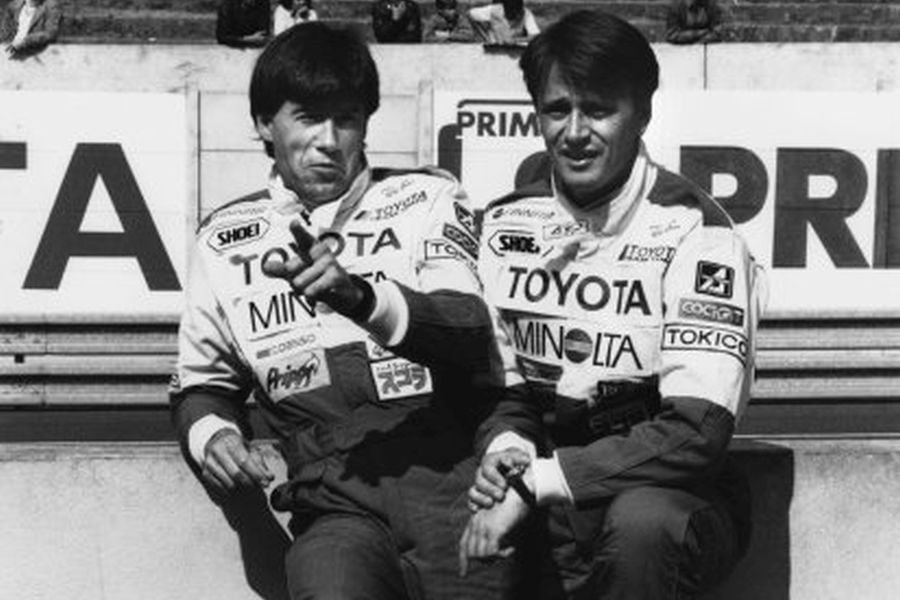 Racing in three championships in 1987

In 1987, Japanese Formula 2 became the Formula 3000 and Elgh raced with Team Kitamura's March-Cosworth, not scoring wins or podiums.

In the Japanese Sports Prototype Championship, he continued to race with Dome but also joined Rothmans Porsche Team Schuppan in the last round, finishing in the second place together with Geoff Brabham in the #99 Porsche 962C. At 1987 Le Mans 24h, he raced with Toyota Team Tom's, sharing the #36 Toyota 87C with Alan Jones and Geoff Lees, not finishing the race.

In 1987, Elgh raced also raced in Japanese Touring Car Championship, finishing in the 8th place after one victory with Toyota Supra Turbo at Sugo, where his co-driver was Australian Alan Jones.

In 1988, Elgh continued to race with Team Schuppan's Porsche 962C in Japanese sports car races, winning a race at Suzuka together with Maurizio Sandro Sala as his co-drivers. At Le Mans 24 Hours, he finally reached the finish, ending the race in 10th place together with Brian Redman and Jean-Pierre Jarier in the #33 Porsche 962C.

Elgh stayed with Team Schuppan for three more years, racing in Japan and recording three more starts at Le Mans 24h with Porsche 962C. At Le Mans, he was 13th in 1989, 15th in 1990 and didn't finish in 1991. In that period, his only victory in the Japanese championship was at 1989 Fuji 1000 race, together with Vern Schuppan and Keiji Matsumoto. 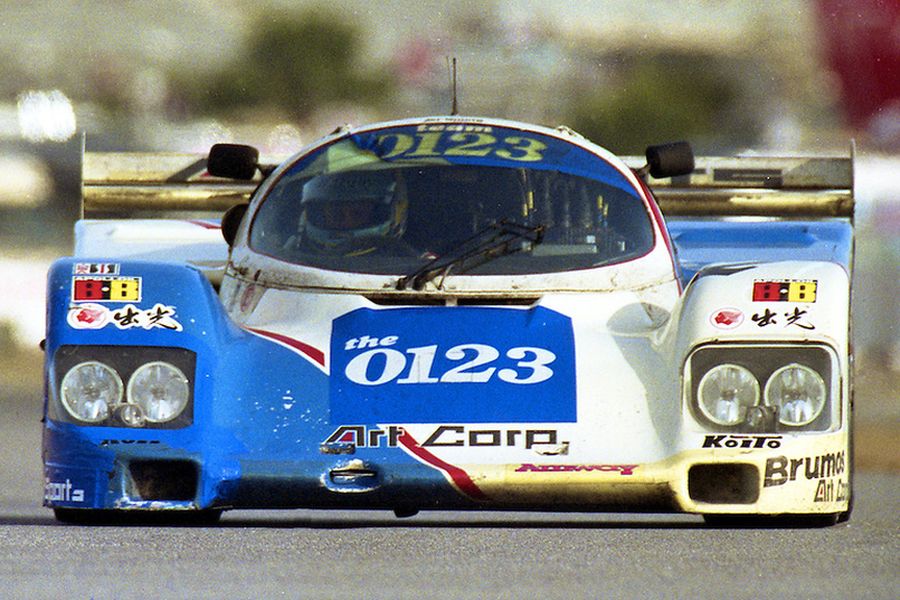 In 1991, parallel to his commitments with Porsche in the World Sportscar Championship, Eje Elgh joined Toyota in the Japanese championship. He was driving the #37 Toyota 91C-V, scoring one victory at Sugo, together with Geoff Lees.

In 1992, Elgh opened a season at Daytona 24 Hours, finishing in the third place with Vern Schuppan's Team 0123, sharing the #52 Porsche 962 with Hurley Haywood, Roland Ratzenberger and Scott Brayton. 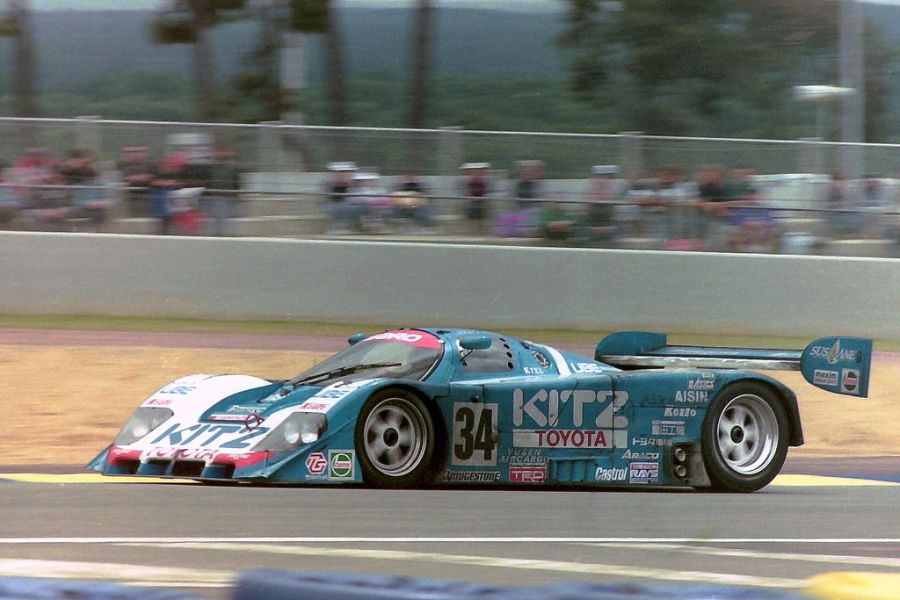 Few months after his Daytona podium, in June 1992, Elgh reached his first podium at Le Mans, finishing ninth overall and second in C2 class in the #34 Toyota 92C-V which he was sharing with Roland Ratzenberger and Eddie Irvine.

A year later, in June 1993, Elgh was already out of racing but he joined Nisso Trust Racing Team at Le Mans 24 Hours, driving the #25 Toyota 93C-V to the sixth place overall and the second place in C2 class. His partners were George Fouche and Steven Andskar. 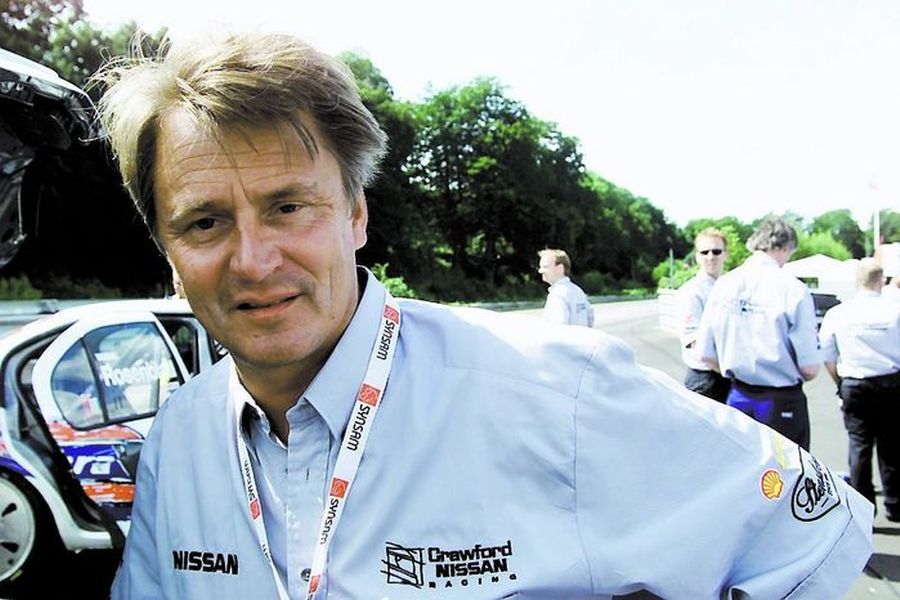 After retiring from racing, Elgh started a new career as TV host and expert commentator. He returned to racing at Dakar Rally twice, first in the Motortecnica MAN 4x4 truck with Paolo Barilla and Matteo Marzotto in 2006 and then in a Nissan Patrol in 2009, again with Barilla, when they survived a horrific fall over a 100-meter cliff.

In recent years, Eje Elgh has been known as a manager of F1 driver Marcus Ericsson. 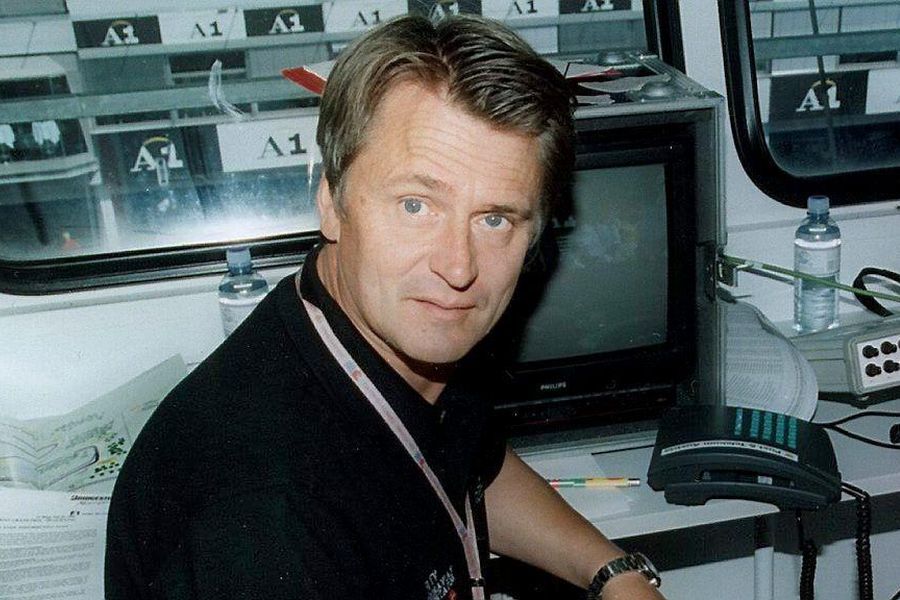