Guillaume Moreau is a French racing driver who achieved the most in sports car racing, taking the championship title in the GT1 class of the 2008 Le Mans Series and scoring LMP2 class podium at 2010 Le Mans 24 Hours.

Unfortunately, Moreau's career has been interrupted by a heavy accident during a test before the 2012 Le Mans race and after that, he didn't return to racing.

Early years in the Formula Renault 2.0 and Formula 3

Born in March 1983 in Limoges, Moreau raced in karting competitions before debuting in the French Formula Renault in 2002. He was progressing year by year, finishing fourth in the series in 2003 and third in 2004.

In 2005, Moreau entered Formula 3 Euro Series with Signature team. He scored one victory with #15 Dallara-Opel, finishing eighth in the overall standings and third among rookies. He spent one more season in the same series, scoring two podiums to finish ninth in the points. 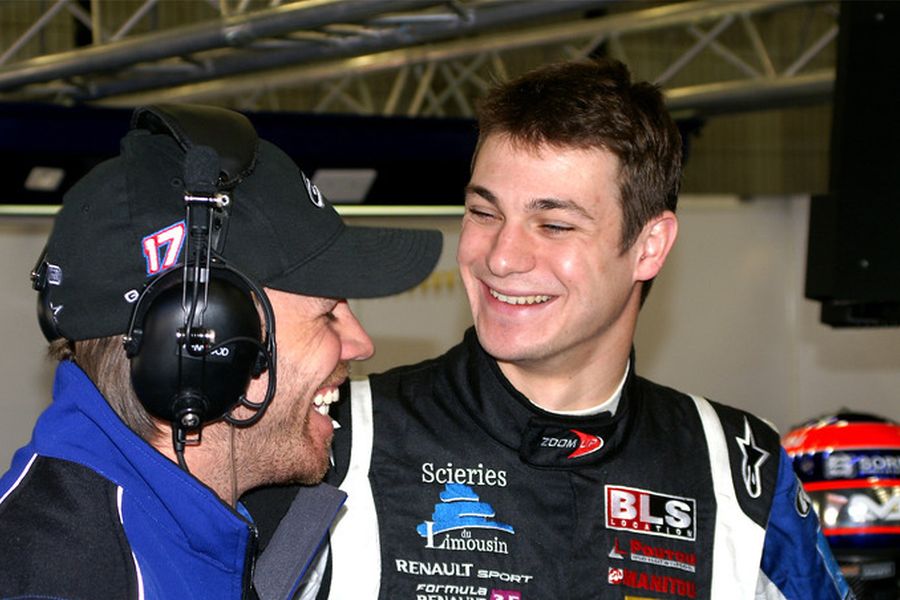 Three seasons and one victory in the Formula Renault 3.5 Series

In 2007, Moreau made a step up in the single-seater hierarchy, entering the Formula Renault 3.5 Series with KTR team. He scored a maiden podium in the sixth round at Donington and then the maiden victory in the next round at Magny-Cours. He finished 14th in the points at the end of the season.

Moreau started the 2008 FR 3.5 Series season with KTR, scoring a podium at Spa, but he was replaced after five rounds. He returned to the series in 2009, joining SG Formula from the fifth round to the end of the season, scoring one podium and finishing 18th in the points.

While racing in the Formula Renault 3.5 Series, Moreau started his sports car racing career, joining Courage Competition in three rounds of the Le Mans Series and at Le Mans 24 Hours.

He was sharing the #13 Courage LC70-AER LMP1 prototype with Jean-Marc Gounon. Stefan Johansson joined them at Circuit de la Sarthe, where they didn't finish the race. 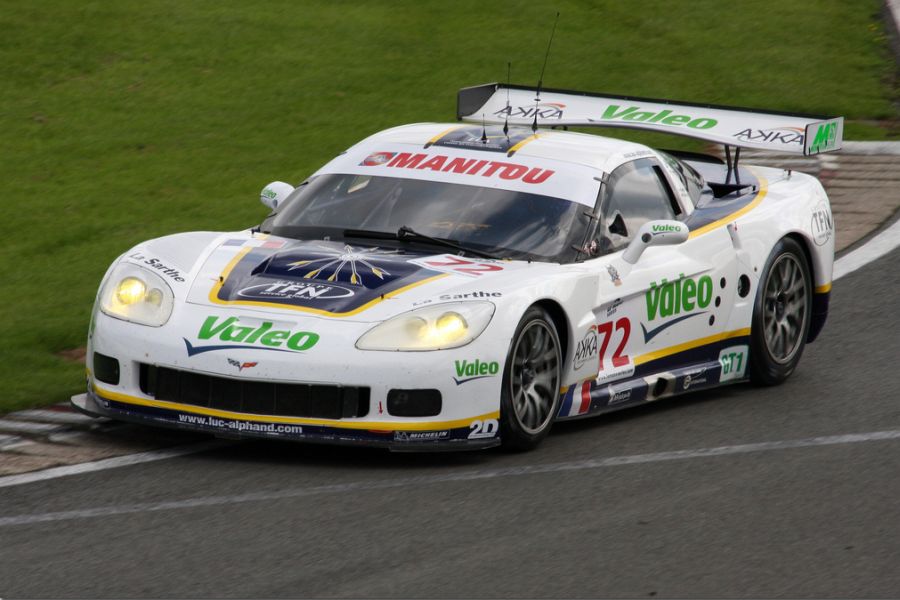 Guillaume Moreau was Le Mans Series champion in the #72 Corvette

For the 2008 Le Mans Series season, Moreau joined Luc Alphand Adventures to drive the #72 Chevrolet Corvette C6.R Z06. Sharing a car with Luc Alphand and Patrice Goueslard, he scored first win at Catalunya and then one more at Spa, taking the GT1 class title at the end of the season.

In his second attempt at Le Mans 24h, Moreau was sharing the #72 Corvette with Luc Alphand and Jerome Policand, finishing 17th overall and fifth in GT1 class.

In 2010, Moreau left open-wheel racing and focused only on sports car racing, joining OAK Racing as a full-time driver in the Le Mans Series. He was driving the #35 Pescarolo 01 Evo-Judd in LMP2 class, sharing a car with Richard Hein. Scoring three podiums, they finished fourth in the points.

The highlight of the season was Moreau's LMP2 podium at 24 Hours of Le Mans. He finished seventh overall and second in class in the #35 Pescarolo prototype, sharing a car with Matthieu Lahaye and Jan Charouz.

In 2011, Moreau stayed with OAK Racing, driving the #15 Pescarolo 01-Judd LMP1 in the Intercontinental Le Mans Cup, Le Mans Series and American Le Mans Series. In the US, he made a debut at Sebring 12 Hours, not finishing the race, and finished seventh at Petit Le Mans. At 24 Hours of Le Mans, he didn't finish the race, sharing a car with Pierre Ragues and Tiago Monteiro.

Besides racing with Pescarolo LMP1 prototype, Moreau went to Spa-Francorchamps to participate in the Spa 24 Hours race with Sofrev ASP team. Sharing the #20 Ferrari 458 Italia GT3 with Franck Morel, Ludovic Badey and Jean-Luc Beaubelique, he finished 6th overall and the first in Pro-Am class.

In 2012, Moreau stayed with OAK Racing in the revived FIA World Endurance Championship. The first race of the season was the Sebring 12 Hours, where he retired in the #15 Pescarolo 01-Judd LMP1 prototype. He then raced at European Le Mans Series round at Circuit Paul Ricard with OAK Racing's Morgan LMP2, finishing sixth. One more DNFs in FIA WEC race followed at Spa in May.

And then, in June, during a test for Le Mans race, Moreau heavy crashed at Circuit de la Sarthe, suffering serious vertebra injuries and compressed spinal cord. After several operations, he recovered but never returned to racing.

Using his difficult personal experience, Guillaume created the RACECARE project to deal with a delicate subject for any racer - the insurance and foresight in the world of motorsport. He was also chosen to act as an ambassador for the ICM - Institute of the Brain and Spinal Cord, helping them to raise funds.

Guillaume Moreau is still hoping he will return to racing