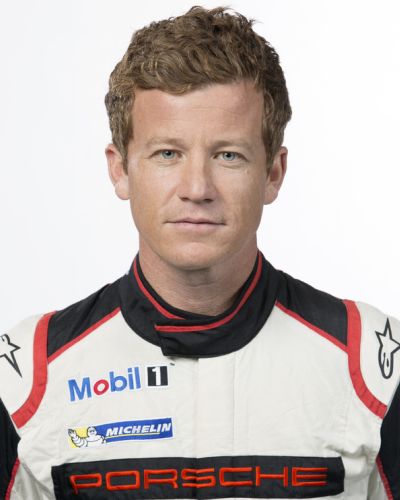 Patrick Long is an American racing driver who serves as Porsche factory driver for many years, since 2003, currently in the IMSA SportsCar Championship and Blancpain GT World Challenge America.

His greatest achievements in a career are three championship titles in the GT2 class of the American Le Mans Series (2005, 2009, 2010) and two class victories at 24 Hours of Le Mans (2004, 2007). He also recorded class victories in other endurance classics: Daytona 24h, Sebring 12h or Petit Le Mans. In recent time, he captured two championship titles in the Pirelli World Challenge in 2011 and 2017.

Born in July 1981 in Thousand Oaks in California, Patrick Long started his career in karting competitions, switching to formula racing in 1999. He finished third in the French Formula Renault Campus, then spent two seasons in the British Formula Ford, finishing as a vice-champion in 2001.

His last season in single-seaters was 2002, which he spent in the Formula Renault UK. He scored one victory to finish 8th in the points. After that, he was included in the inaugural Red Bull F1 Driver Search programme but he became the Porsche Junior driver instead.

Patrick Long early in a career

In 2004, Long's main competition was the American Le Mans Series at the wheel of the #66 Porsche 996 GT3-RSR. He also recorded starts in the Grand American Rolex Series, Le Mans Endurance Series and Porsche Supercup with different teams, but also made a debut at 24 Hours of Le Mans.

In his debut at 24 Hours of Le Mans, Long was driving the #90 Porsche 911 GT3-RS for White Lightning Racing, sharing a car with Germans Jörg Bergmeister and Sascha Maassen. They finished  10th overall and the first in GT class.

Long returned to Le Mans with the same team in 2005, sharing the #90 Porsche with Jörg Bergmeister and Timo Bernhard. This time, they were 11th overall and second in GT class.

In 2005, Long's spent a season in the American Le Mans Series with Petersen Motorsports/White Lightning Racing, driving the #31 Porsche 996 GT3-RSR.

With five wins, he became GT2 class champion, together with Jörg Bergmeister. One of those wins was at Sebring 12 Hours, where the third driver was Lucas Luhr.

He finished third in ALMS GT2 class with three wins but the most valuable result was the overall podium at Daytona 24 Hours in the #23 Crawford DP03-Porsche which he was sharing with Mike Rockenfeller and Lucas Luhr. Later in the season, he and Rockenfeller added two wins in short races at Homestead and Virginia.

At 2006 Le Mans 24 Hours, Long was driving the #80 Porsche 996 GT3-RSR for Flying Lizard Motorsports, sharing a car with Seth Neiman and Johannes van Overbeek. They were 18th overall and 4th in GT2 class.

In 2007, Long's main competition was the Grand American Rolex Series. He spent a season in Alex Job Racing's #23 Crawford-Porsche, scoring one victory (Laguna Seca) to finish seventh in the points of Prototype class.

In the ALMS, he scored three GT2 podiums with Flying Lizard's Porsche. He also raced in an LMP2 car at Petit Le Mans, driving the #7 Porsche RS Spyder for Penske Racing and finishing second overall and first in LMP2 class.

Outside North American competitions, the highlight of the season was Long's second victory at Le Mans 24 Hours. In June 2007, he won GT2 class at Le Mans together with Richard Lietz and Raymond Narac in the #76 Porsche 997 GT3-RSR of the French team IMSA Performance Matmut.

A season in a Porsche RS Spyder

Penske Racing's #6 Porsche RS Spyder was Patrick Long's main car in 2008. He competed in the LMP2 class of the American Le Mans Series, sharing a car with Sascha Maassen and scoring five podiums to finish third in LMP2 standings.

In Europe, Long participated with IMSA Performance Matmut in two 24-hours races, at Le Mans and Spa. He was 12th at Spa and didn't finish the race at Le Mans.

Patrick Long next to Porsche RS Spyder in 2008

In 2009, Long started a season with GT class victory at 24 Hours of Daytona, in TRG's #67 Porsche 997 GT3 Cup. He was sharing a car with Justin Marks, Andy Lally, Richard Valentine and Jorg Bergmeister.

It was Long's only race that year in the Rolex Series, he spent a season in the ALMS and stock car competitions. At Le Mans, he recorded one more DNF with IMSA Performance Matmut.

In the 2009 American Le Mans Series, Long scored six wins in ten races at the wheel of the #45 Porsche 997 GT3 RSR of Flying Lizard Motorsports, taking his second championship title in GT2 class. His victorious partner was Jorg Bergmeister again.

In 2011, Long continued to drive for Flying Lizard Motorsports in the American Le Mans Series, finishing fourth in GT class with one victory, but his main success was the championship title in GT class of the Pirelli World Challenge. He was driving the #45 Porsche 911 GT3 for TruSpeed Motorsports, winning four races in eleven starts.

In that year's Le Mans race, he finished sixth in GTE Pro class with Flying Lizard's Porsche, sharing a car with Jorg Bergmeister and Lucas Luhr.

In 2012, Long stayed with Flying Lizard Motorsports, scored one ALMS GT victory to finish fifth in the points and recorded DNF at Le Mans.

The period between 2009 and 2012 was also marked by Patrick Long's extensive appearance in different stock car competitions, including NASCAR national divisions.

Years 2010 and 2011 were also marked by two visits to Australia, where Long participated in V8 Supercars Championship endurance event at Surfers Paradise street circuit. In 2010, he was sharing Garry Rogers Motorsport's #34 Holden with Michael Caruso finishing  4th in Race 1 and 11th in Race 2.

A year later, in October 2011, Long returned to Gold Coast 600 event to drive the #61 Holden for Walkinshaw Racing, sharing a car with Fabian Coulthard. They were 5th in Race 1 and 15th in Race 2.

After experimenting with other racing disciplines, Long focused on GT racing only in 2013, participating both in the American Le Mans Series and Grand-Am Rolex Series. In the ALMS, he was driving the #06 Porsche 997 GT3 RSR for CORE Autosport while in the Rolex Series he raced in the #73 Porsche 997 GT3 Cup of Park Place Motorsports. He was without wins in both competitions.

Outside the US, he raced with IMSA Performance Matmut in Imola's round of the European Le Mans Series and with Dempsey Del Piero-Proton team at 24 Hours of Le Mans, finishing 4th in GTE Am class. He was sharing a car with Patrick Dempsey and Joe Foster. The same trio raced at Le Mans together again in 2014, finishing fifth in GTE Am class.

In 2014, ALMS and Rolex Series merged into the IMSA United SportsCar Championship and Long was a part of Porsche North America line-up in the GTLM class. He was sharing the #912 Porsche 911 RSR with Michael Christensen. Their endurance co-drivers were Jorg Bergmeister, Patrick Pilet or Earl Bamber.

The highlight of the season was a victory at Sebring 12 Hours for Long, Christensen, Bergmeister. Later in the season, Long added three more podiums to finish sixth in the GTLM standings.

In 2015, Long spent his first full season in the FIA World Endurance Championship, driving the #77 Porsche 911 RSR for Dempsey Proton Racing. He was sharing a car with Patrick Dempsey and Marco Seefried. Christian Ried replaced Dempsey in the last round at Bahrain.

The highlights of the season were the second place in GTE Am class at 24 Hours of Le Mans and then a victory at 6 Hours of Fuji. Long finished fifth in the Endurance Trophy for LMGTE Am drivers.

Outside FIA WEC, he raced with Competition Motorsports at Bathurst 12 Hour and with Team Falken Tire in three rounds of the IMSA SportsCar Championship, finishing best third in GTLM class at Sebring.

Patrick Long was the Pirelli World Challenge champion in 2017

In 2016, Long spent one more season in the FIA WEC, driving the #88 Porsche 911 RSR for Abu Dhabi-Proton Racing in seven races. He won at Mexico City and Bahrain, sharing a car with Khaled Al Qubaisi and David Heinemeier Hansson. In the 2016 IMSA Championship, he joined Black Swan Racing in two races in GTD class, finishing second at Daytona and 13th at Sebring.

In 2016, Long also returned to Pirelli World Challenge for the first time since 2012. He started a season with Effort Racing's #31 Porsche but later moved to Wright Motorsports' #58 Porsche. He won three times, finishing second in GT class standings. In 2017, Long spent full PWC season in the #58 Porsche 911 GT3 R of Wright Motorsports, taking the GT class championship title both in the overall points and sprint races.

Of other results in 2017, the most notable was the second place at Bathurst 12 Hour with McElrea Racing.

Sharing a Porsche with Christina Nielsen in 2018

With PWC championship trophy in his hands, Patrick Long returned to full-time commitments in the IMSA SportsCar Championship, joining Wright Motorsports to share the #58 Porsche 911 GT3 R with defending GTD class champion Christina Nielsen. Their only win was at Road America and they finished seventh in the final classification. Outside the US, he finished fourth overall at Bathurst 12 Hour (with McElrea Racing/Competition Motorsports) and fourth in GTE Am class at Le Mans 24 Hours (with Proton Competition).

In 2019, Long continues to drive Porsches in the IMSA SportsCar Championship (for Park Place Motorsports) and Blancpain GT World Challenge (for Wright Motorsports).