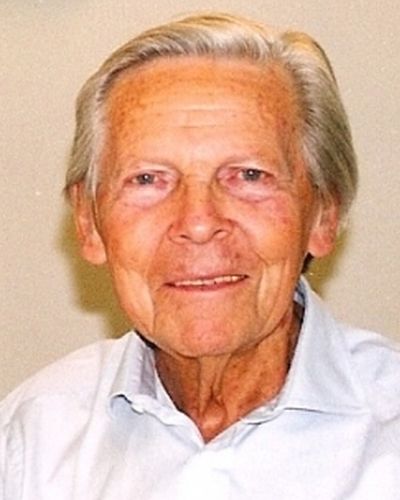 Paul Frere (1917-2008) was a racing driver and automotive journalist from Belgium whose greatest success in a racing career was a victory at 24 Hours of Le Mans in 1960, together with Olivier Gendebien in a Ferrari 250 TR.

Frere made a debut in the Formula 1 World Championship in 1952, recording eleven starts until 1956. He scored one F1 podium, at 1956 Belgian Grand Prix, driving for Scuderia Ferrari.

Born in January 1917 in Le Havre, France, Paul Frere developed a successful career in rowing during the 1940s. He won three Belgian rowing championship titles in 1946 and 1947. With those trophies in his hands, Frere started his car racing career in 1948, making a debut at Spa 24 Hours.

Sharing an MG Midget PB with Jacques Swaters, Frere finished 15th in his Spa debut. Next year, Frere returned to Spa in an Aston Martin Speed Model Spa Special, sharing a car with Jock Horsfall and finishing in the fourth place.

Formula One debut in 1952 with HW Motors

Frere made his Formula One debut in June 1952, driving for HW Motors at the Belgian Grand Prix at Spa-Francorchamps.  At the wheel of the #28 HWM-Alta, Frere finished in the fifth place better than regular HWM drivers Peter Collins (DNF) and Lance Macklin (11th).

In August, Frere joined HWM at Nürburgring Nordschleife to drive the #112 HWM-Alta at the German Grand Prix. He retired early, after just one lap, due to gearbox failure. Frere's third F1 race that season was the Dutch Grand Prix at the Circuit Zandvoort. He was driving Simca-Gordini T15 for Ecurie Belge, retiring after 19 laps due to clutch problems.

Paul Frere was successful both in F1 and sports car racing

In June 1953, Frere had a victorious debut at 24 Hours of Le Mans. Porsche gave him to drive the #45 Porsche 550 Coupe together with journalist/racer Richard von Frankenberg. They finished 15th overall and won S1.5 class, beating Hans Herrmann and Helmut Glöckler in another Porsche 550 Coupe.

During 1953, Frere participated in few more sports car races with different cars but without notable results. He was driving Chrysler Saratoga at Mille Miglia, HWM 108-Jaguar at Reims 12 Hours and Porsche 356 at Spa 24 Hours.

In the 1953 F1 season, Frere recorded two starts with HW Motors.  He was tenth at the Belgian Grand Prix, again the best of all HWM drivers. He also participated at Swiss Grand Prix at Bremgarten Circuit, retiring early with a broken engine.

In 1954, Frere participated in five races, not finishing either one. He joined Equipe Gordini in three Formula One Grand Prix events, driving their Gordini T16 at Spa, Reims and Nürburgring. He was also driving for Gordini at Supercortemaggiore sports car race at Monza, sharing a Gordini T24S with Jean Behra.

At 1954 Le Mans 24 Hours, Frere was a co-driver to Carroll Shelby in David Brown's #22 Aston Martin DB3S. They retired after eleven hours with a broken front axle.

In 1955, Frere joined Scuderia Ferrari in two Formula 1 Grand Prix races. He made a debut in a Ferrari 555 at Monaco Grand Prix in May, sharing a car with Piero Taruffi. Frere was driving for 36 laps, Taruffi was in a car for 50 laps. They finished in the eighth place.

At 1955 Le Mans 24h race, marked by the biggest tragedy in motorsport history with more than 80 killed spectators, Frere competed until the end in the #23 Aston Martin DB3S to share the second place overall and S3.0 class victory with Peter Collins.

Podium in the last Formula One start

In 1956, Frere recorded just one start in Formula One race and it was the race in which he scored the career-best result. Starting 8th from the grid and driving the #6 Lancia Ferrari D50 for Scuderia Ferrari, he finished in the second place at the Belgian Grand Prix behind another Ferrari driver Peter Collins. Cesare Perdisa and Stirling Moss finished together in the third place, sharing a Maserati.

It was Paul Frere's last F1 Grand Prix start but he was far from finishing his career because he intensified his sports car racing activities.

Driving with four different manufacturers in 1956

In 1956, Frere participated in at least eight sports car races with four different manufacturers. He was driving a Renault Dauphine at Mille Miglia and Alfa Romeo Giulietta Veloce at Tour de France. A Ferrari 500 TR was his car at Spa Grand Prix (3rd), Rome Grand Prix (3rd) and Supercortemaggiore (DNF).

He spent most of the time in a Jaguar D-Type, racing at Nurburgring 1000 Kilometers, Reims 12 Hours and Le Mans 24 Hours. He and Mike Hawthorn finished second at Reims. At Le Mans, Frere was sharing a spare car with Desmond Titterington after the main car was destroyed in a practice crash. In the race, Frere had an accident on Lap 3 and retired after that.

In 1957, Frere made his debut at Sebring 12 Hours in a Renault Dauphine, sharing a car with Jean Lucas. They were third in T1.0 class. In May, Frere was driving Renault Dauphine at Mille Miglia, finishing first in TS1.0 class. At Le Mans 24 Hours, Frere was sharing Ecurie Belge #16 Jaguar D-Type with Freddy Rousselle, finishing in the fourth place.

In 1958, Paul Frere scored some notable results in a Porsche 718 RSK. First, he and Harry Schell finished seventh at Nurburgring 1000 Kilometers, a part of the World Sportscar Championship.

Three weeks later, Frere was driving the #31 Porsche 718 RSK at Le Mans 24 Hours. His co-driver was Edgar Barth. They finished fourth overall and the first in S1.5 class.

In 1959, Frere continued to race with Porsche in a couple of races but switched to Aston Martin at Le Mans. He was sharing the #6 Aston Martin DBR1/300 with Maurice Trintignant, finishing in the second place behind teammates Roy Salvadori and Caroll Shelby in the #5 car.

A year later, in June 1960, Frere reached a peak of his career. He and Olivier Gendebien won Le Mans race in the #11 Ferrari 250 TR, beating second-placed crew by four laps.

Working as a journalist, writer and test driver and until the old age

After this success, Paul Frere retired from racing, to resume his regular employment as an automotive and racing journalist but also as a consultant on motor racing regulations. He appeared in a couple of racing events in the following years as a racer (Targa Florio, Nurburgring 1000 km) but his main occupation was to write articles about racing and testing new road and race cars.

He also wrote few books, such are 'Sports Car and Competition Driving' or 'The Porsche 911 Story'. He was testing cars even at the age 86. He died in February 2008, at the age 91. One turn 15 at Circuit de Spa-Francorchamps has been renamed in his honour.