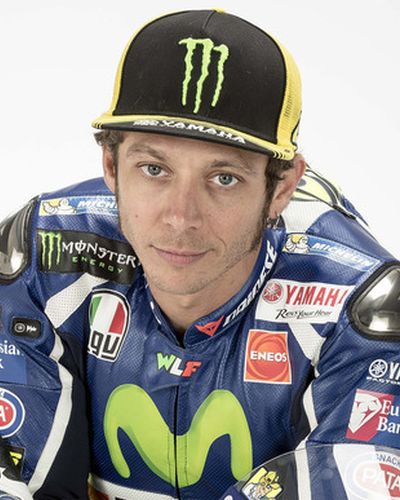 The Italian rider Valentino Rossi is definitely one of the greatest and most successful drivers in a history of motorcycle Grand Prix racing, with nine championship titles and 115 victories on his account, but he also left a significant trail in a racing on four wheels.

This part of his career is lasting for more than twenty years, parallel to his MotoGP achievements, from his first participation at 1997 Rally di Monza to his most recent victory at 2018 Monza Rally Show. This last victory makes Rossi a record-holder with seven overall wins at Monza Rally Show, more than any other driver. During his rallying career, Rossi also recorded three starts in the World Rally Championship.

Valentino Rossi has an impressive results in car racing

Valentino participated in the first rally in 1997

Born in February 1979 in Urbino and moving as a kid to Tavullia, Valentino is a son of former motorcycle racer so it was natural for him to enter motorsport very early. He first competed in karting and then switched to minimoto in 1991. Year by year, Valentino was progressing in motorcycle racing, reaching the top of the world for the first time in 1997 when he was the World Champion in 125cc class.

In 1997, the 18-year-old world champion recorded his first participation in a rally, driving a Renault Megane Maxi at Rally di Monza. His co-driver in a car was an Italian rally ace Piero Longhi. In the following three years, Rossi was a regular competitor at Rally di Monza, driving a Ford Escort WRC (1998), Subaru Impreza S4 WRC (1999) and Subaru Impreza S5 WRC (2000). In 1998, his co-driver was Gianfranco Cunico and then his partner became Carlo Cassina, who is serving as Rossi's navigator still today. 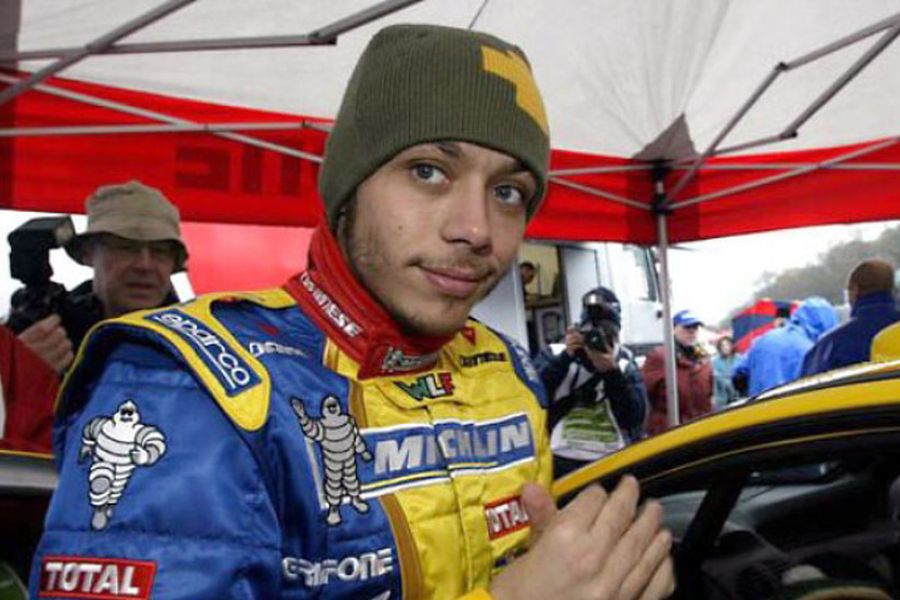 There was no Rally di Monza in 2001 and 2002 but Rossi found a substitution in a Rally of Great Britain, the round of the World Rally Championship. In his WRC debut, Rossi was driving the #46 Michelin Grifone Peugeot 206 WRC, with Carlo Cassina as his navigator. Rossi was 25th in the opening Super Special at Cardiff and then he crashed out in the first proper special stage.

In 2003, Rossi became a regular competitor at Monza Rally Show which has been established as a replacement for Rally di Monza. He was driving a Toyota Corolla WRC, finishing seventh in 2003 and third in 2004. 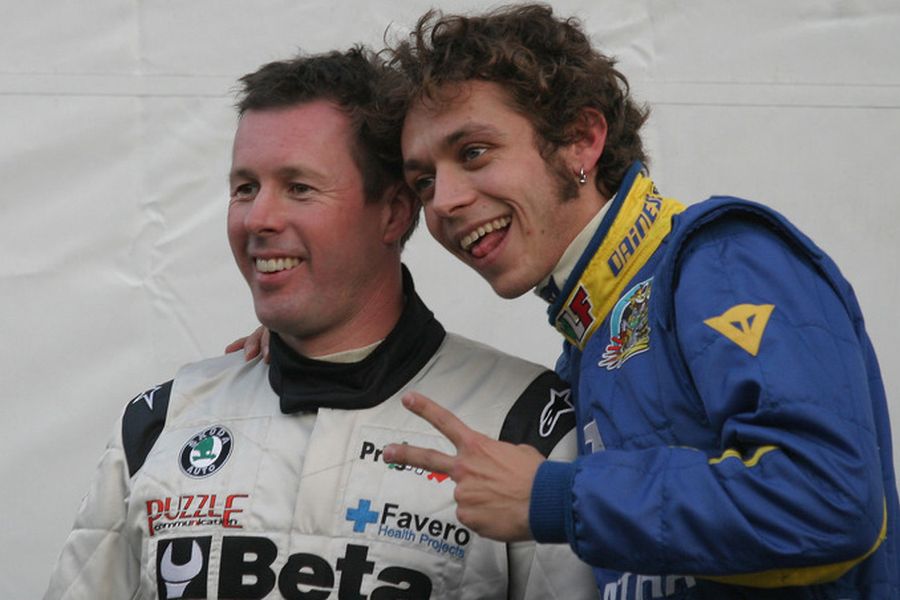 Racing against his hero Colin McRae at 2005 Monza Rally Show

One of Valentino's heroes from youth was Colin McRae. After McRae showed Rossi some basic rally skills, they fought against each other at 2005 Monza Rally Show. Rossi was driving the #46 Subaru Impreza S11 WRC while McRae was driving the #1 Škoda Fabia WRC.

Surprisingly, Rossi beat McRae and finished second in the final standings, behind Rinaldo Capello in another Škoda Fabia WRC. 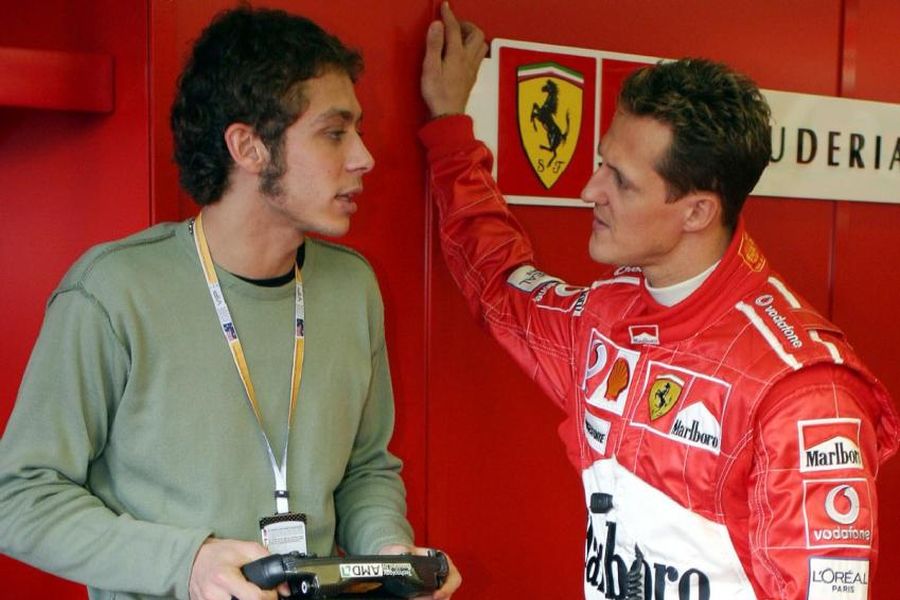 Impressive performance in Formula One test with Ferrari

In January 2006, Rossi fulfilled his dream and drove a Formula 1 car. He participated in an official Formula One test with Scuderia Ferrari at Valencia's Circuit Ricardo Tormo. On the second day of the test, Rossi was the ninth-fastest of fifteen drivers, beating many F1 regulars.

He was one second slower than Ferrari teammate Michael Schumacher. On the third day of the test, Rossi improved his performance, being just a little more than a half second behind Schumacher. Despite many rumors about Rossi's F1 arrangement, he stayed in Moto GP and signed a new contract with Yamaha. 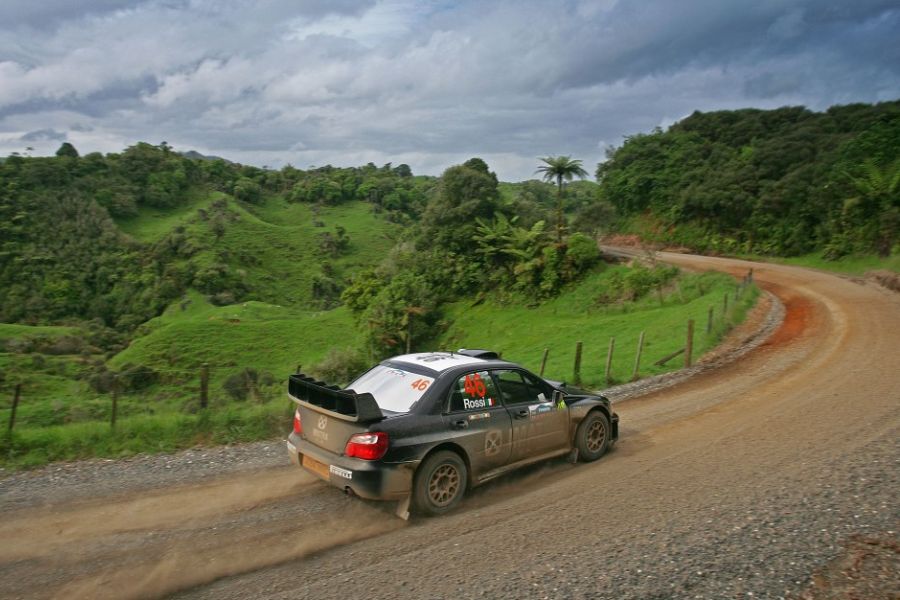 In November 2006, Rossi recorded his second start in the World Rally Championship, driving the #46 Subaru Impreza S11 WRC at Rally New Zealand. He and Carlo Cassina finished in 11th place.

A week later, Rossi became the winner of Monza Rally Show for the first time, at the wheel of the #46 Ford Focus RS WRC 05. He beat famous endurance racer Rinaldo Capello who already had three wins on his tally. In 2007, Rossi returned to Monza Rally Show and defended his victory, beating Piero Longhi. 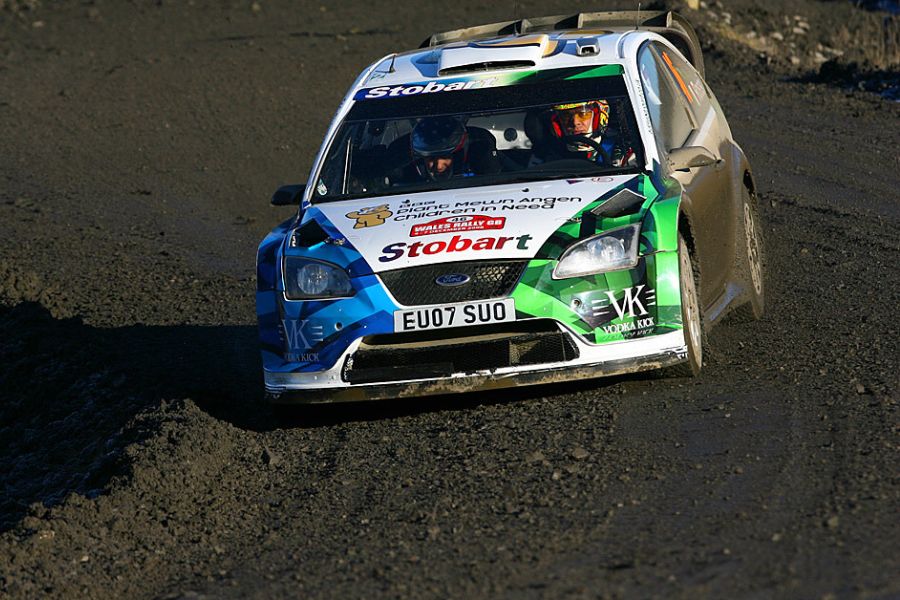 In 2008, Rossi finished second at Monza Rally Show in the #46 Ford Focus RS WRC 08, twenty seconds behind Rinaldo Capello in another Ford Focus.

In December 2008, Rossi recorded his third participation in the World Rally Championship, driving the #46 Stobart Ford Focus RS WRC 07 at Wales Rally GB. At the end of the rally, he was in 12th place.

In the following years, Rossi remained regular entrant at Monza Rally Show. In 2009, he was second behind Rinaldo Capello. In 2011, driving a new Ford Fiesta RS WRC, he finished second behind Sebastien Loeb. In 2012, Rossi finally scored his third victory at Monza Rally Show, driving the #46 Ford Fiesta and beating Rinaldo Capello by just 2.8 seconds.

Rossi was second for two years in a row, losing to Dani Sordo in 2013 and to Robert Kubica in 2014. His fourth win came in 2015 in the VR46 Monster Rally Team Ford Fiesta RS WRC. He beat WRC star Thierry Neuville. Two more wins at Monza Rally Show followed in 2016 and 2017 after close fights against WRC regulars Dani Sordo and Andreas Mikkelsen. The seventh victory came in 2018 in a Ford Fiesta WRC. 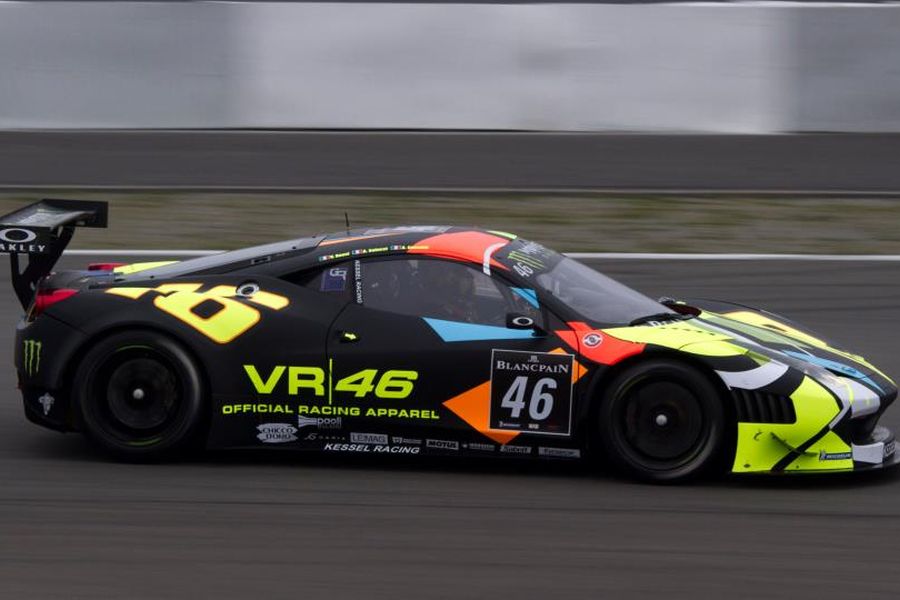 Outside rallying, Rossi had one more opportunity to test Ferrari F1 car in January 2010 but he also raced with Ferrari in three races in 2009 and 2012. In November 2009, he was driving the #46 Ferrari F430 Scuderia GT3 at Vallelunga 6 Hours, finishing in the 11th place together with Alessio Salucci and Andrea Ceccato.

In 2012, the same trio participated in two races of the Blancpain Endurance Series in the #46 Ferrari 458 Italia GT3. They were 18th at Autodromo Nazionale Monza and 19th at Nürburgring.

In 2013, Rossi had an opportunity to try NASCAR stock car which Kyle Busch was driving in the Nationwide Series. Rossi was driving a Toyota during a test at Charlotte Motor Speedway. 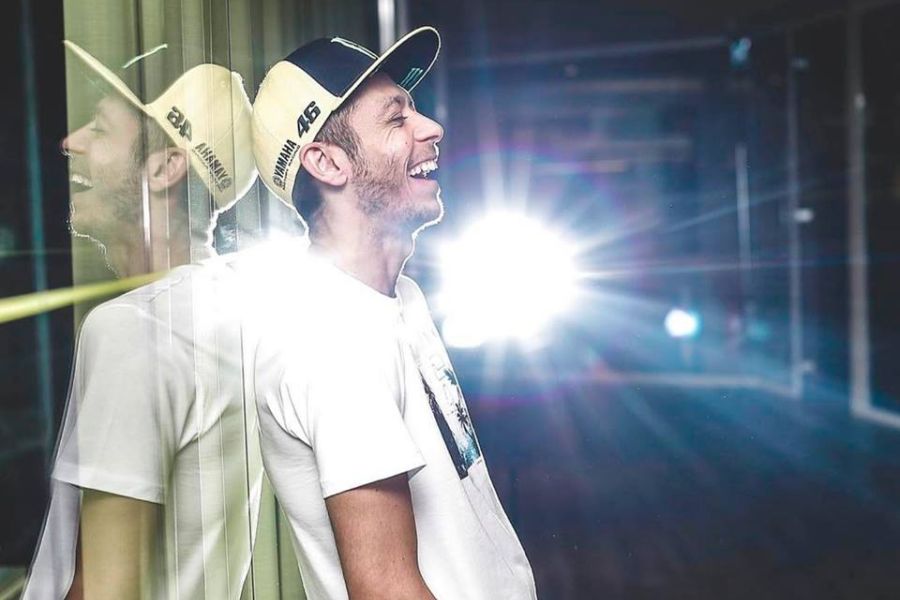