The Nissan NPT-90 is a race car, developed by Nissan Performance Technology Incorporated (NPTI), which debuted in the 1990 IMSA GT Championship as a successor of the championship-winning GTP ZX-Turbo. NPT-90 captured two manufacturers’ championship titles in 1990 and 1991, before being retired by Nissan at the end of the 1992 season. 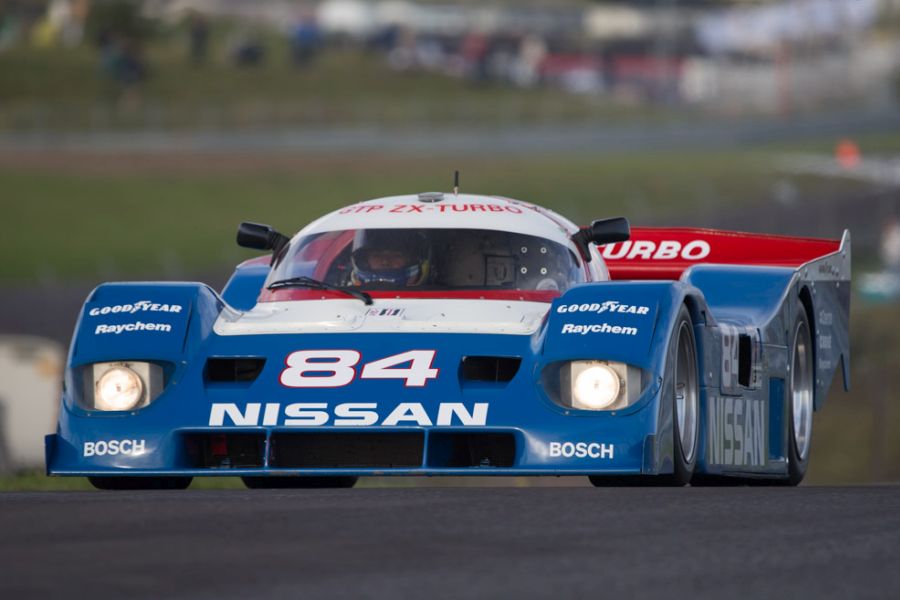 Because of marketing reasons, NPT-90 has GTP ZX-Turbo name on it

Nissan GTP ZX-Turbo started its competitive life in 1986. After five years of racing and development, it was a time for a successor. The new model was simply named NPT-90, with a name derived from manufacturing company and the year of introduction. Because of marketing reasons, as Nissan wanted to boost up a sale of their 300ZX road car, the NPT-90 continued to race with the GTP ZX-Turbo naming painted on it. 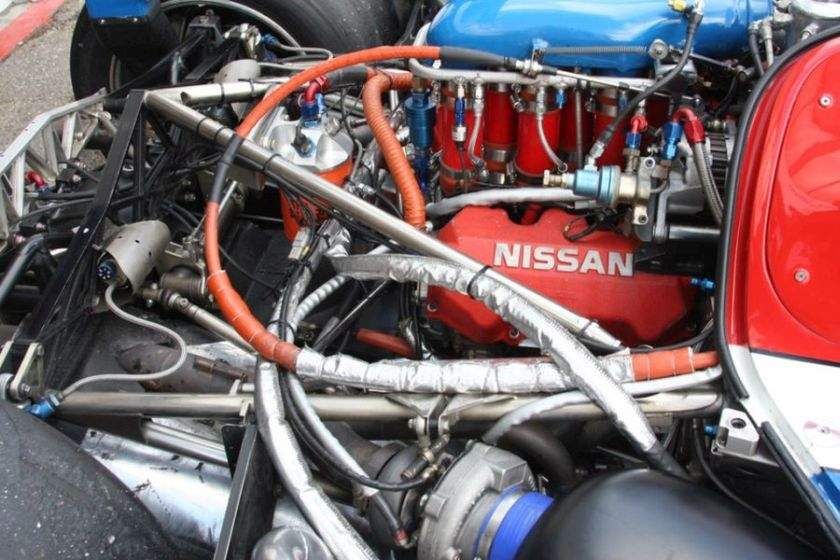 NPT-90 was using the same engine as GTP ZX-Turbo

The NPT-90 had slightly modified design compared to ZX-Turbo, with the cockpit being rounded and narrower. The large intakes at the front of the car were replaced with smaller duct work, while large vertical snorkels for the turbocharger would be placed on the sides of the car.

Nissan continued to use the VG30 3.0-liter turbocharged V6 engine from ZX-Turbo, making some improvements. Eventually, in 1992, the displacement of the VG30 engine was decreased to 2.5 liters.

Nissan Performance Technology, led by double champion Geoff Brabham, started the 1990 IMSA GT Championship season using the GTP ZX-Turbo cars. The first NPT-90 chassis had been completed halfway through the season and debuted in the eighth round of the championship, in May at Heartland Park Topeka. Bob Earl and Derek Daly finished in the 8th place with a new car while Chip Robinson and Geoff Brabham scored a podium with old GTP ZX-Turbo. 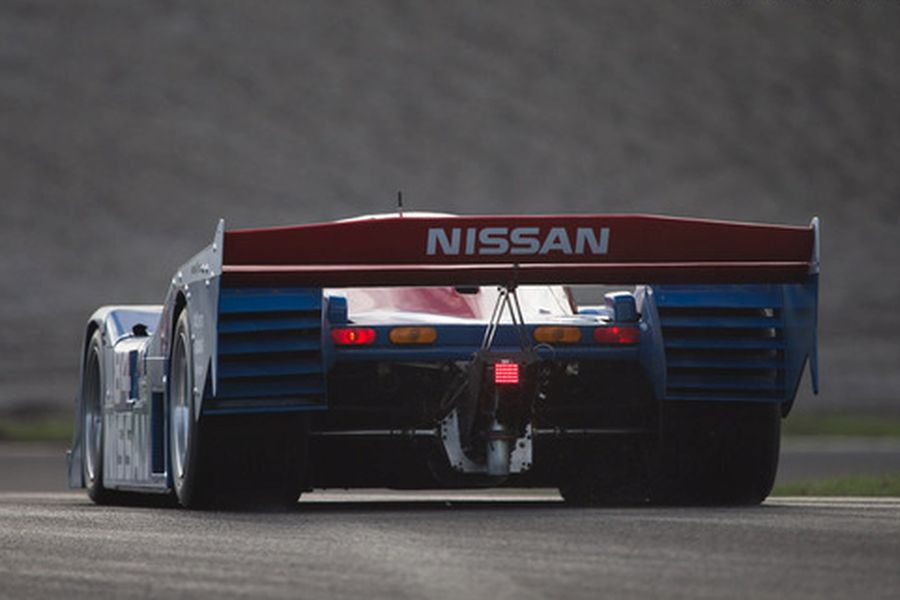 Maiden win for NPT-90 at Mid-Ohio

The second chassis was completed for the thirteenth round at Sears Points and since then the team was using only NPT-90s. Until the end of the season, Geoff Brabham scored one more victory (Road America), taking his third consecutive championship title. Nissan took the constructors’ championship for the second year in a row. 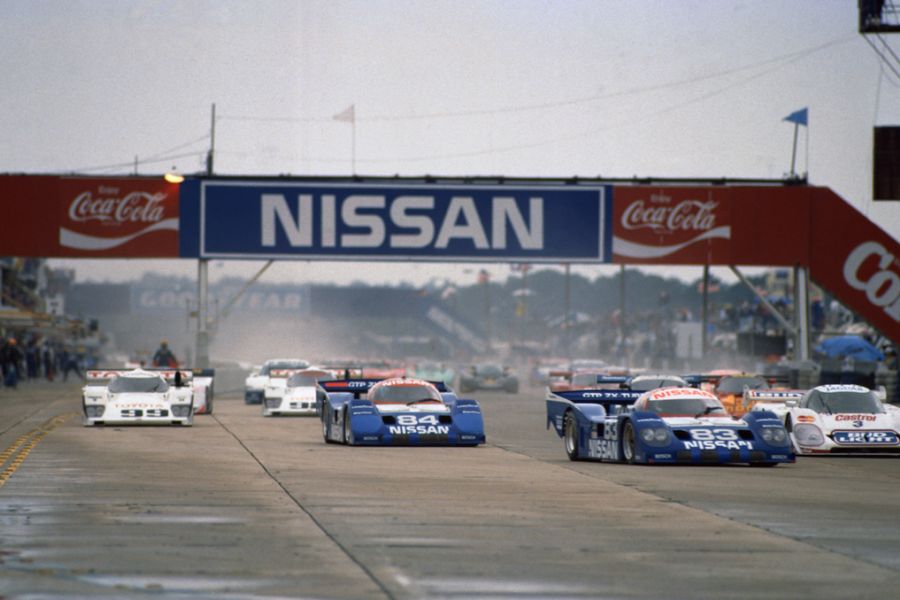 At the start of 1991 IMSA season, Nissan didn’t field NPT-90s at 24 hours of Daytona, bringing R90CK cars from Europe, as more suitable for endurance races. However, the NPT-90s were used for the 12 Hours of Sebring, in which Nissan scored a 1-2 victory. The winners in the #83 car were Geoff Brabham, Gary Brabham and Derek Daly. The drivers in the second-placed #84 car were Chip Robinson, Bob Earl and Julian Bailey.

In the mid-season, NPTI upgraded a car, changing its name to NPT-91. That car scored two more wins at Topeka and Lime Rock Park. At the end of the season, Geoff Brabham was the IMSA GTP champion for the fourth year in a row. Nissan took its third consecutive title among manufacturers.

Further upgrades followed during the 1992 season, with different specifications, so that cars were officially named as NPT-91A through NPT-91D. 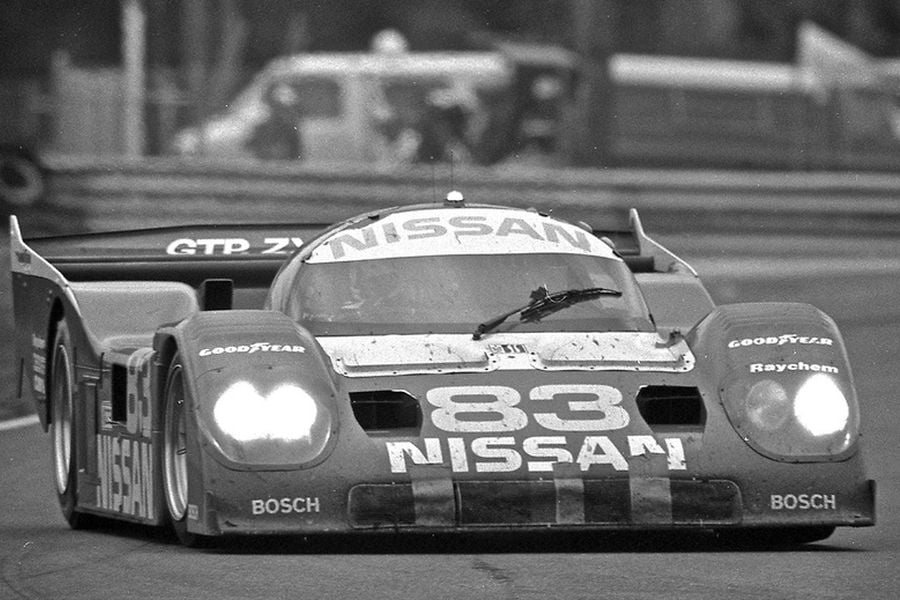 The NPT-91 scored the last victory for NPT-90 Series at Miami’s round of 1992 IMSA GT Championship, with Geoff Brabham driving. Later in the season, the team was suffering from many accidents and mechanical failures.

The worst day was at the Road Atlanta race, where two NPT-91 chassis were destroyed in a massive crash. With only one victory, Nissan lost the championship behind Toyota while Geoff Brabham was the best-placed driver in the third place. 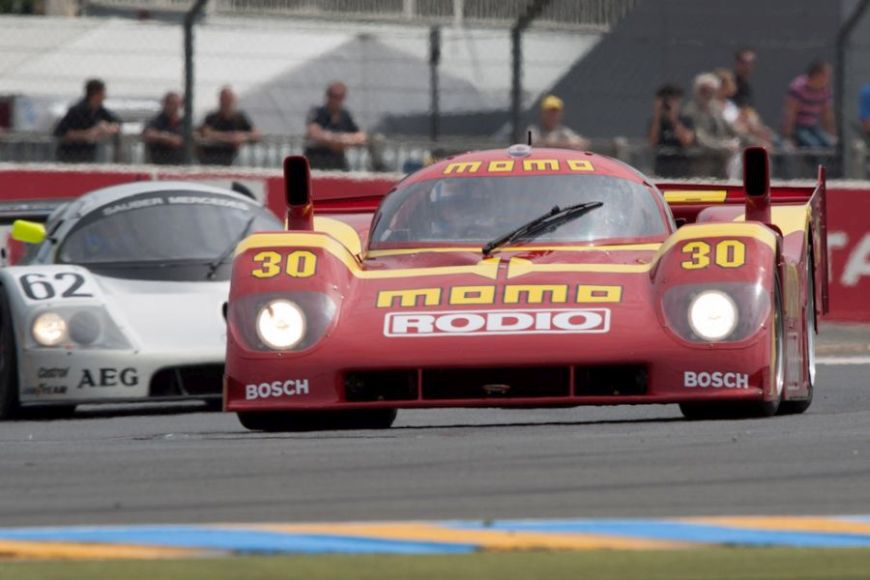 Nissan was developing a new chassis (NPT-93) for the 1993 season but the company changed its plans when it was announced that IMSA will abandon GTP class in 1994. Nissan chose to instead concentrate on their 240SX and 300ZX efforts in the production-based IMSA classes.

But, it wasn’t the end of competitive life for NPT-90. Gianpiero Moretti’s Momo team purchased an original NPT-90 (chassis number 90-03) for use in the 1993 IMSA GT Championship season. The #30 car scored some notable results, finishing second at Sebring and third at Mid-Ohio. The drivers who reached a podium at Sebring were Gianpiero Moretti, Derek Bell and John Paul Jr.

At the end of the season, with the abandonment of the GTP class, the NPT-90s would be retired from racing. The ex-Momo chassis 90-03 appeared one more time at 24 hours of Daytona in 1996, modified to comply with IMSA’s WSC regulations and equipped with BMW V12 engine. The car was entered by Pegasus Racing, retiring after 86 laps due to alternator failure.