Good leadership put Starworks Motorsport on the top of the world

Starworks Motorsport is an American racing team, founded in 2010, which recorded lots of success in different sports car competitions all over the world. Since 2010, the team participated in the Rolex Sports Car Series, Continental Tire Sports Car Challenge, American Le Mans Series and FIA World Endurance Championship, including 24 hours of Le Mans.

Team’s most recent success is the championship title in the PC class of the 2016 IMSA Sports Car Championship for Alex Popow and Renger van der Zande. Prior to that, Starworks Motorsports won the LMP2 title in the 2012 FIA World Endurance Championship. In the American competitions, the best result of some Starworks’ driver was the second place for Ryan Dalziel in Daytona Prototype class of the 2012 Rolex Sports Car Series.

Starworks Motorsport was founded by Peter Baron, an American entrepreneur and former racing driver whose best result in a career was the second place in GT class at 2003 24 hours of Le Mans. The team is based in Fort Lauderdale, Florida. Before forming Starworks Motorsport, Baron was leading SAMAX Motorsport in the Grand-Am Series and IndyCar Series. 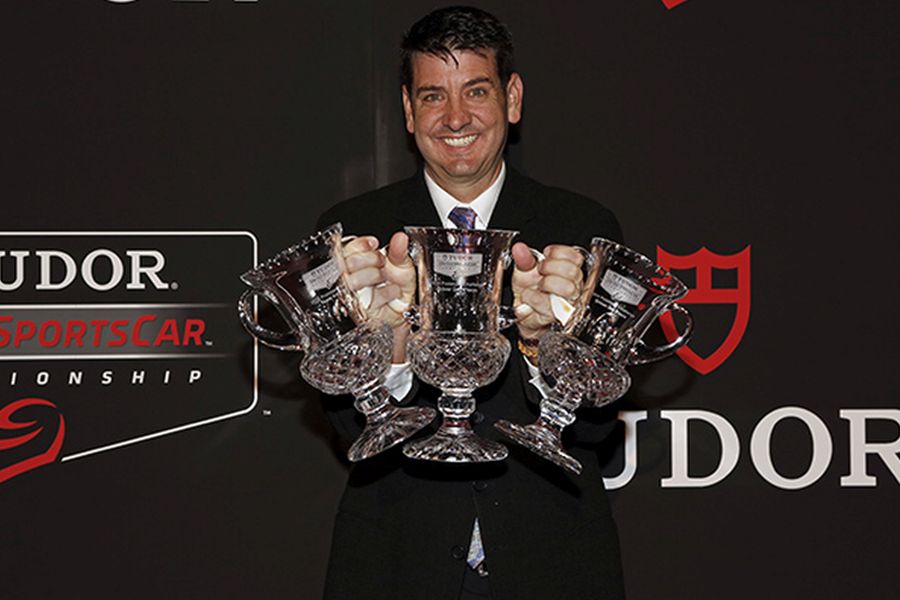 Later in the season, the team had two cars. In total, eleven drivers were driving Starworks Motorsport’s prototypes in a debuting season. The highlight of the season was a pole position for #8 car at Mid-Ohio for Ryan Dalziel and Mike Forest. 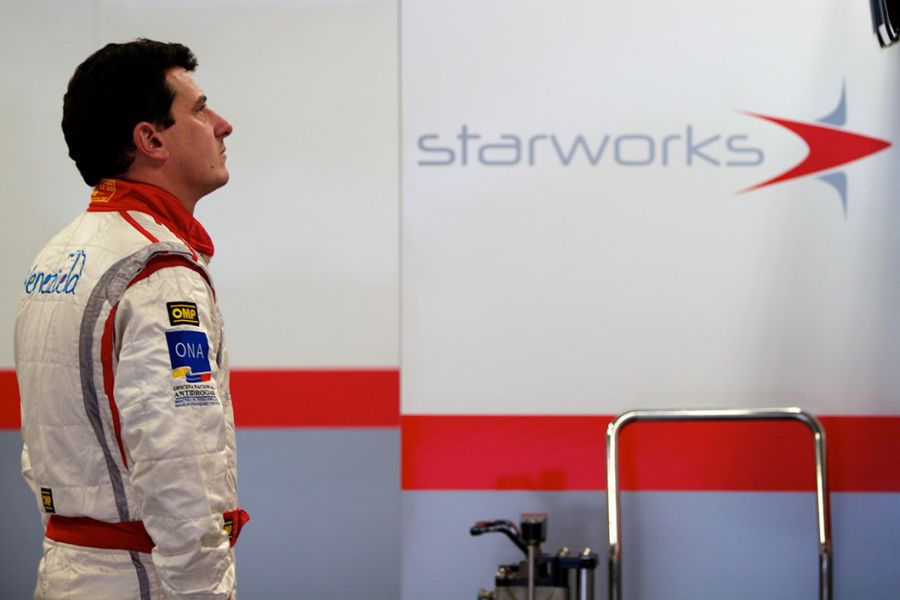 In 2010, Starworks switched to Ford engines for its Riley prototypes, fielding three cars in selected races, including Daytona 24h. At America’s greatest endurance race, the result was disappointing again, with the best car finishing in 31st place.

The maiden victory for the team came in the last round of the championship, at Mid-Ohio Sports Car Course in September 2011. Ryan Dalziel and Enzo Potolicchio won the race with #8 Riley-Ford. At the end of the season, Dalziel finished 11th in the points. 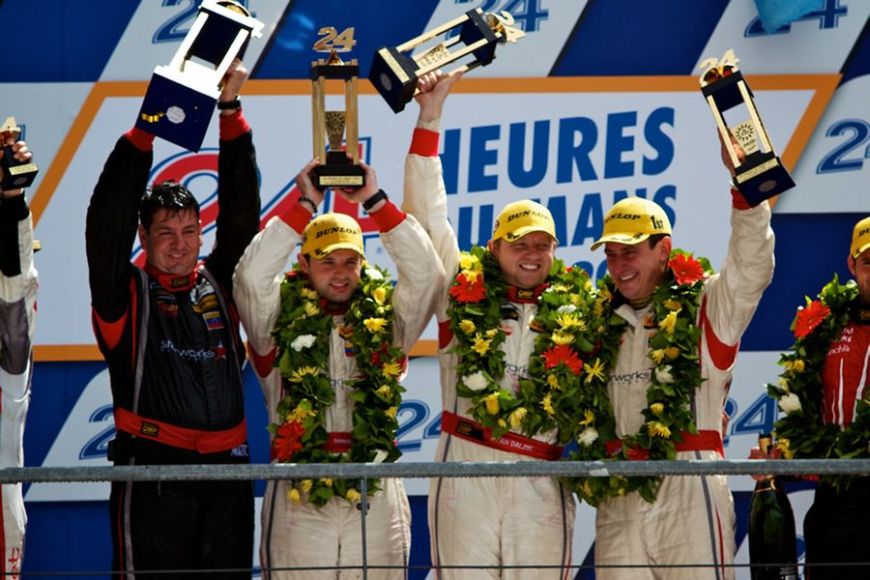 Victories at Sebring and Le Mans

The season 2012 was the most successful in a short history of Starworks Motorsport because American team has won the LMP2 title in the FIA World Endurance Championship. The team entered the championship with #44 HPD ARX-03b LMP2 prototype, powered by 2.8-litre V6 Turbo Honda engine.

Enzo Potolicchio was the only driver to participate in all eight races, other drivers were Ryan Dalziel, Stephane Sarrazin and Tom Kimber-Smith. The season started with a victory at Sebring 12 hours in March. Three months later, Dalziel/Potolicchio/Kimber-Smith won at Le Mans. One more win followed at 6 hours of Sao Paulo. 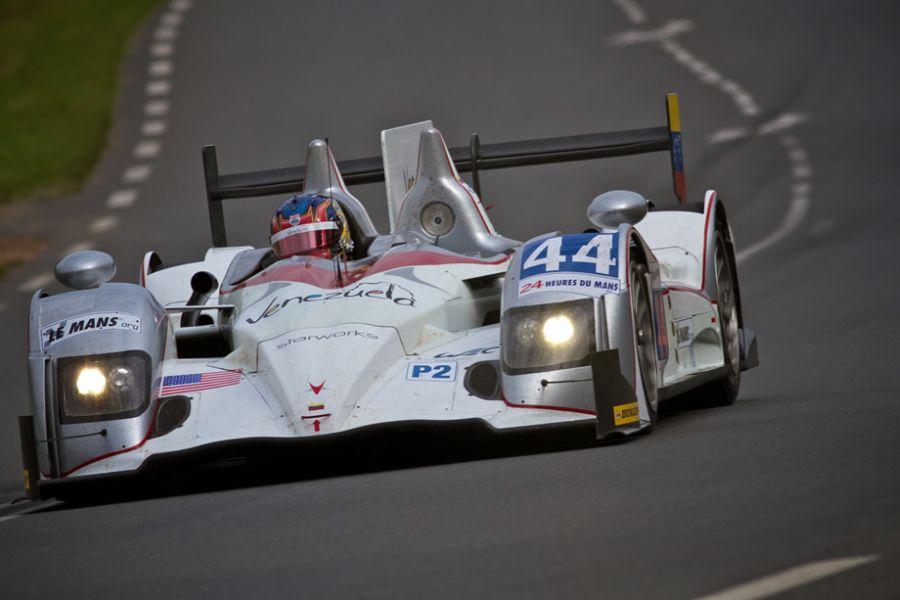 In the 2012 Rolex Sports Car Series, the team made a big progress compared to the previous season, with Ryan Dalziel finishing as the championship runner-up, losing a title to Chip Ganassi Racing’s Scott Pruett and Memo Rojas. Dalziel scored one victory and five podiums that season.

The season started with Rolex 24 at Daytona, where #8 Riley-Ford took the pole position, set the fastest lap time and led the most laps, but the winning car was the #60 Riley-Ford of Michael Shank Racing. Drivers in the #8 car were Ryan Dalziel, Allan McNish, Lucas Luhr, Enzo Potolicchio and Alex Popow. Later during the season, Starworks Motorsport scored two wins, for #2 car at Indianapolis and for #8 car at Watkins Glen. 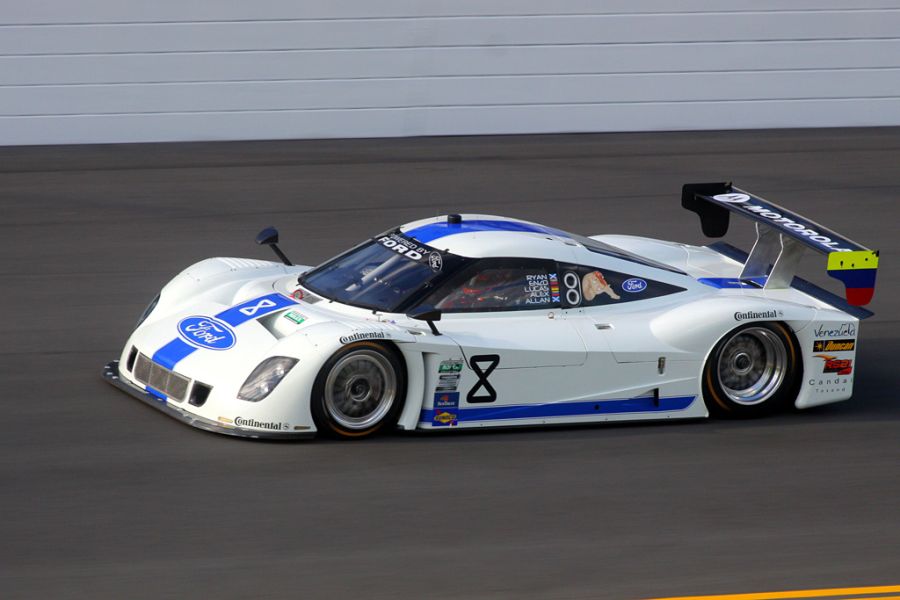 In 2013, Starworks Motorsport withdrew from the FIA WEC due to lack of funding, focusing only on the Rolex Sports Car Series. Ryan Dalziel and Alex Popow was the leading pair of drivers, scoring four podiums and one victory (Indianapolis) with the #2 Riley-BMW to finish fourth in the final standings.

Another car, the #8 Riley-BMW, also scored one victory, at Road America, driven by Brendon Hartley and Scott Mayer. Hartley finished 12th in the points at the end of the season.

Two drivers on the podium of Prototype Challenge class

In the Prototype Challenge class, two cars (#7 and #8) were running for the full season, combining 16 drivers (!) through the season. Mirco Schultis and Renger van der Zande won two races together in the #8 car, closing the season with Petit Le Mans victory, partnered by Alex Popow and John Martin.

At the end of the season, Renger van der Zande was the championship runner-up, behind CORE Autosport’s Jon Bennett and Colin Braun. Mexican driver Martin Fuentes, who competed mostly in the #7 car, finished third in the points. 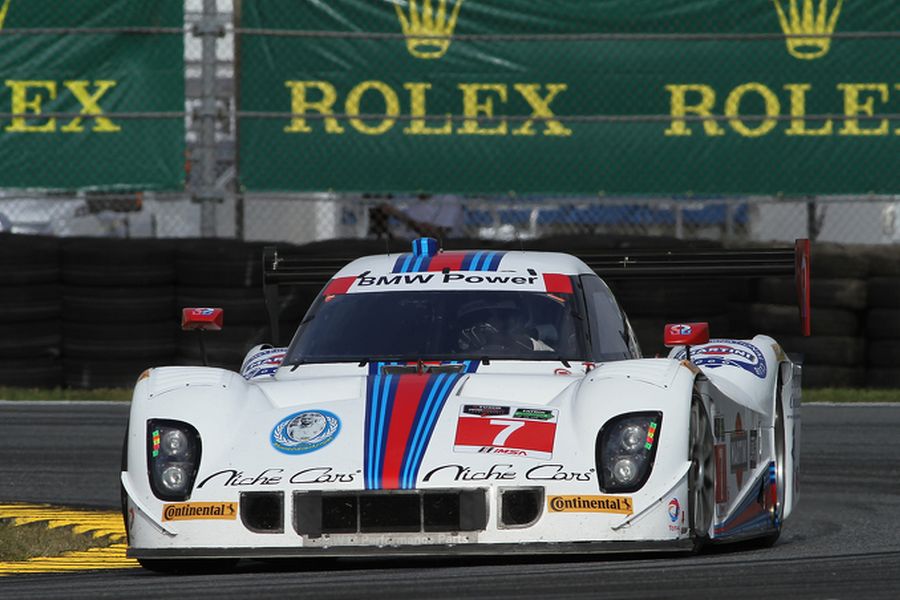 Starworks Motorsport was using the Riley prototype for the last time at 2015 Rolex 24 at Daytona, hiring Rubens Barrichello, Brendon Hartley, Ryan Hunter-Reay, Scott Mayer and Tor Graves to drive #7 car. They finished in the ninth place.

In 2015, the team switched its focus completely to Prototype Challenge class, running the #8 Oreca FLM 09 for the full season and #88 car in two races.  The #8 car won the races at Belle Isle and Watkins Glen, finishing the season in the fourth place of teams’ classification. The best driver was Renger van der Zande in the fifth place. 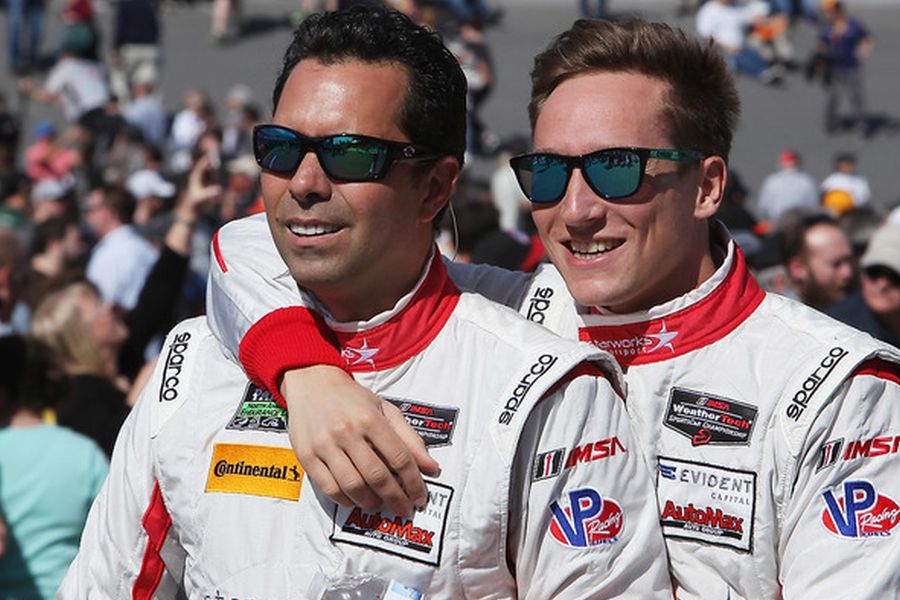 In 2016, Starworks Motorsports had two full-time entries in the PC class (#8 and #88), fielding the third car in four races late in the season. Alex Popow and Renger van de Zande scored their first win at Belle Isle, adding three more wins later in the season (Watkins Glen, Lime Rock Park, Austin) to finish as PC class champions. The #88 car wasn’t so successful, scoring only one podium to finish sixth in the final standings.

Two Oreca prototypes again on the grid in 2017

Starworks Motorsport fielded again two Oreca FLM 09 prototypes at the start of the 2017 IMSA Sports Car Championship season. It was the last season for Oreca FLM 09 cars as that category has been defunct at the end of the year. Both crews in the #8 and #88 cars failed to finish Daytona 24-hour race.