Townsville Street Circuit Quickly Became One of the Most Popular Tracks

Townsville Street Circuit is the youngest venue on the calendar of the Australian V8 Supercars Championship, with the first race taking place in 2009 and quickly becoming one of the favourite events for drivers and teams. The temporary street circuit, which is 2.85 km (1.78 miles) long, is located in Townsville, on the north-eastern coast of Queensland.

At the mid-2000s, the most popular Australian racing series had been looking for new venues in urban population centers. Finally, in 2007, a decision was made to visit Townsville. Two years later, in July 2009, the Townsville 400 was held as the sixth round of the V8 Supercars Championship. It became one of three Queensland’s V8SC events, together with races at Queensland Raceway and Surfers Paradise Street Circuit, but the only event in the northern Queensland.

With the support of the state and local governments, which invested almost AUS $30 million, the permanent pit and paddock facilities were built within Reid Park, similar to Melbourne’s Albert Park facilities. The plan was to use the facilities for many other events when the track not being used for the once-a-year V8 Supercars event. 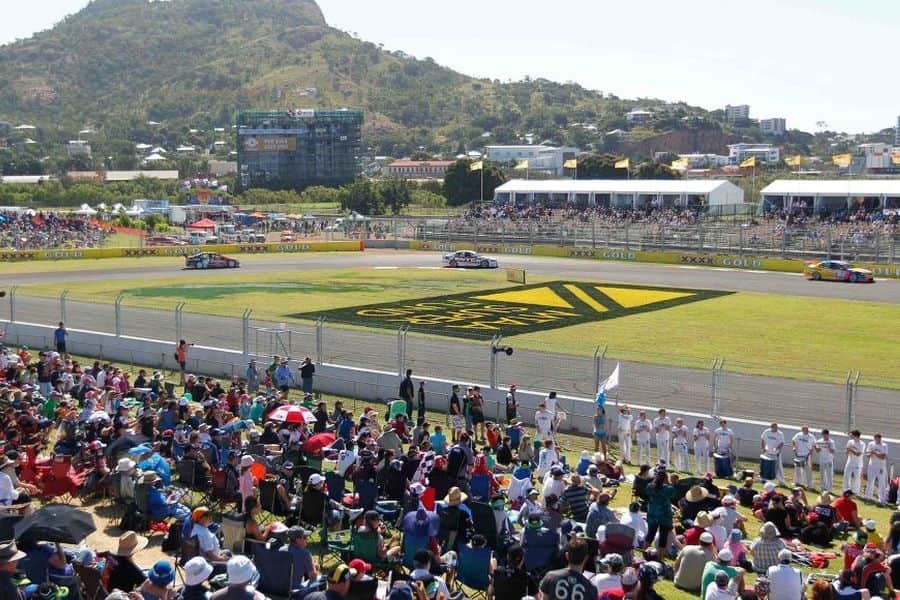 A nice place for watching a race in Reid Park

Five viewing mounds with a capacity of 12,000 spectators were built around the 2.85 long circuit which has 13 turns. The new track incorporated the existing Boundary Street and Charters Towers Road, with the rest being new purpose-built roads. A new bridge was also built across Ross Creek near the Townsville Rail Station. Townsville circuit has proved a tough circuit to tame, offering a mix of wide road course parts and concrete-bordered street sections.

Jamie Whincup was the first ever winner, winning the first 200-km race of the Dunlop Townsville 400 on Saturday, June 11, 2009. James Courtney has won Sunday’s race. The first ever V8 Supercars event in the North Queensland was an absolute success, as around 150,000 spectators visited a track in three days. The Queensland State Government contributed with $2.5 million in expenses of the race and said it would pay the same amount in the following years. With such a high attendance and financial backing, a future of the event was guaranteed. 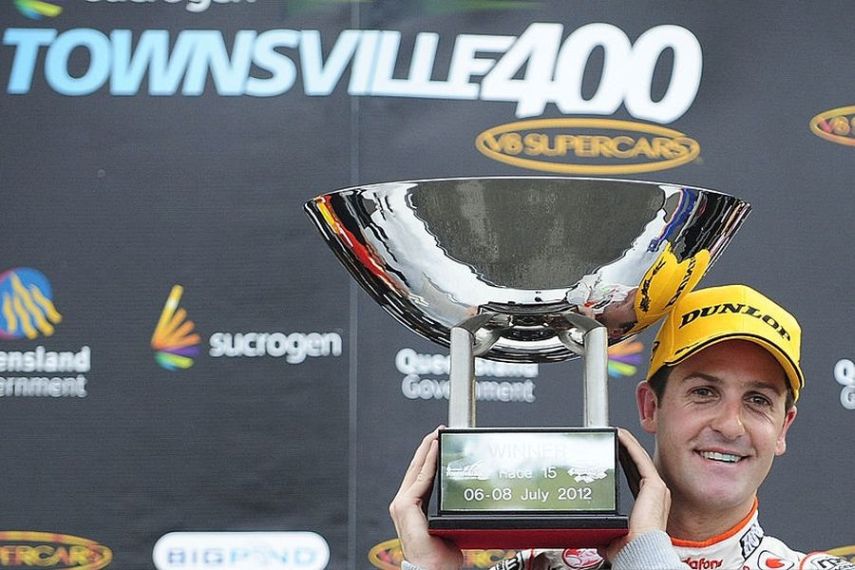 Jamie Whincup celebrates one of his Townsville wins

The format of the race had been changed in 2014, with two 125-km races on Saturday and one 250-km race on Sunday. Castrol was the new naming sponsor. Whincup was a double winner, Garth Tander won the second race. 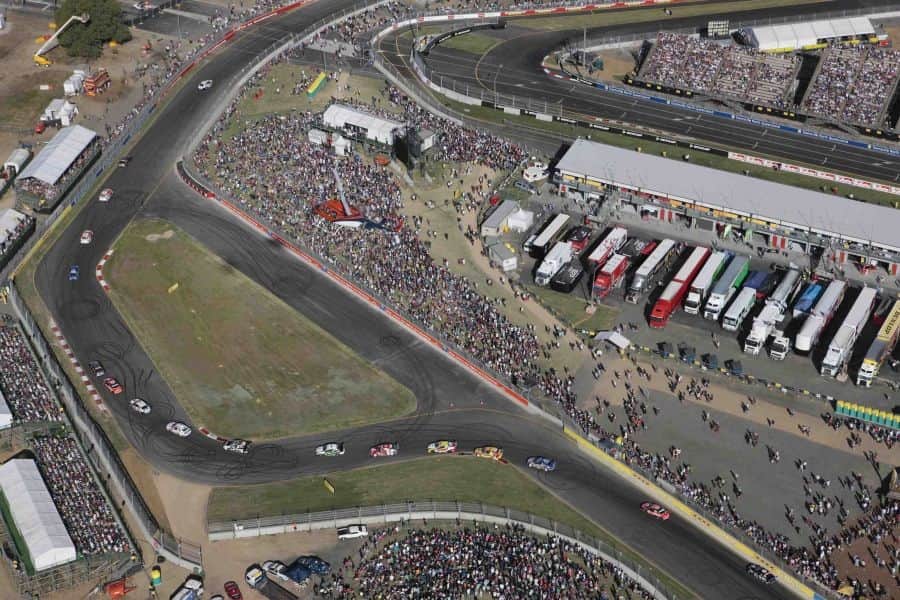 The layout of Townsville Street Circuit is unchanged since 2009

In 2015, the event reverted to the original 400-km format, with two 200-km races. Mark Winterbottom was a double winner. In 2016, Jamie Whincup won the first race of the Castrol Edge Townsville 400, reaching top podium spot for the 8th time. His teammate Shane van Gisbergen was the winner in the second race.

In November 2017, a new street circuit in Newcastle, New South Wales, will become the youngest fixture on the V8 Supercars calendar. 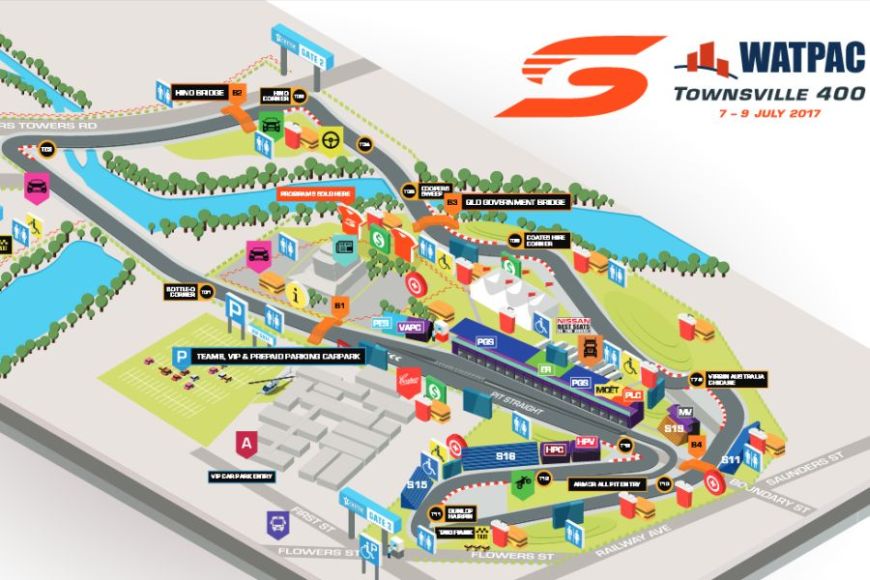 Christopher Mies is a lap-record holder

The outright lap record was set by German driver Christopher Mies during the Australian GT Championship race in July 2016. He was driving an Audi R8 LMS, setting a lap time of 1:11.9875. The fastest ever V8SC driver (until 2016) was Jamie Whincup with Holden VF Commodore, who set the best lap time of 1:12.1443 in 2016.