The Surfers Paradise Street Circuit is a temporary race track located in Surfers Paradise, a suburb of the City of Gold Coast in Queensland, Australia. The circuit, which was opened in 1991, was originally created for the CART Champ Car Series. The American open-wheel racing series was visiting Australia until 2008. Since then, the main race is the Gold Coast 600 endurance event of the V8 Supercars Championship. 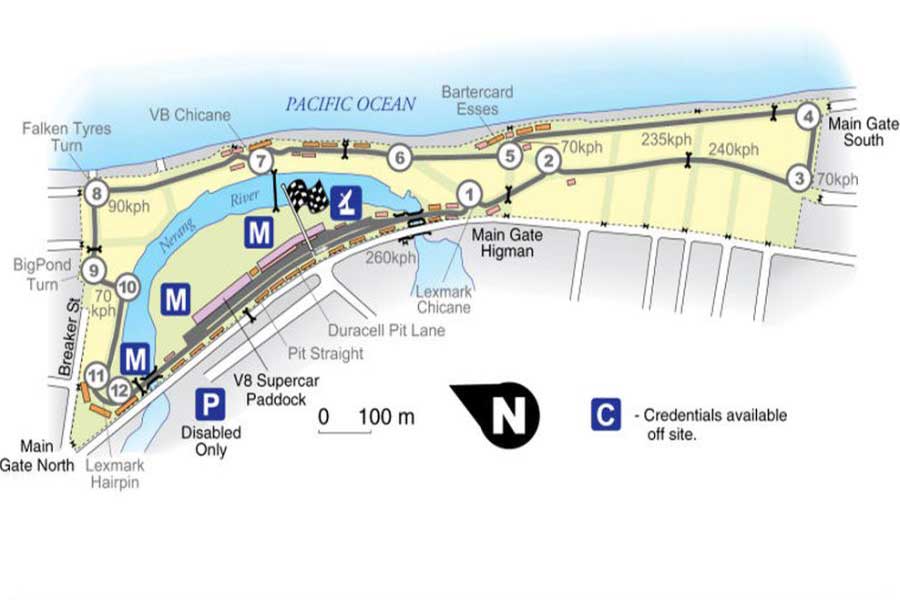 The original 12-turn Surfers Paradise Street Circuit was 2.795 miles (4.498 km) long. The race track is unique because of its near-to-the-sea location. It essentially followed the coast road, featuring a series of 90-degree turns. To create a racing circuit, seven bridges were built, more than 2,500 concrete barriers and 6.2 miles of fence were used. The grandstands had a capacity of 11,500 seats.

History of the street circuit started in 1991

The first race was held on March 17, 1991. The race was the opening round of the 1991 CART PPG Indy Car World Series. The winner was John Andretti in the Hall/VDS Racing’s Lola-Chevrolet. It remained his only Indy Car victory in a career.

From 1991 to 1997, the Gold Coast Indy Grand Prix was held in March or April, serving few times as the season-opener. In 1996, the Formula One Australian Grand Prix was moved from the fall date to the spring. Wishing to avoid the conflict in the calendar, the Indy GrandPrix at Surfers Paradise was moved to October starting in 1998.

The 2008 event was the last Champ Car visit to Australia

The Australian round of the Champ Car Series became the sell-out event and popular among fans, although the split in the American open-wheel racing caused that many teams switched from Champ Car to the Indy Racing League and they didn’t visit Australia.

After a merger of Champ Car and IRL in 2008, the 2008 Nikon Indy 300 was the non-championship event and after that Surfers Paradise dropped out from IndyCar calendar. 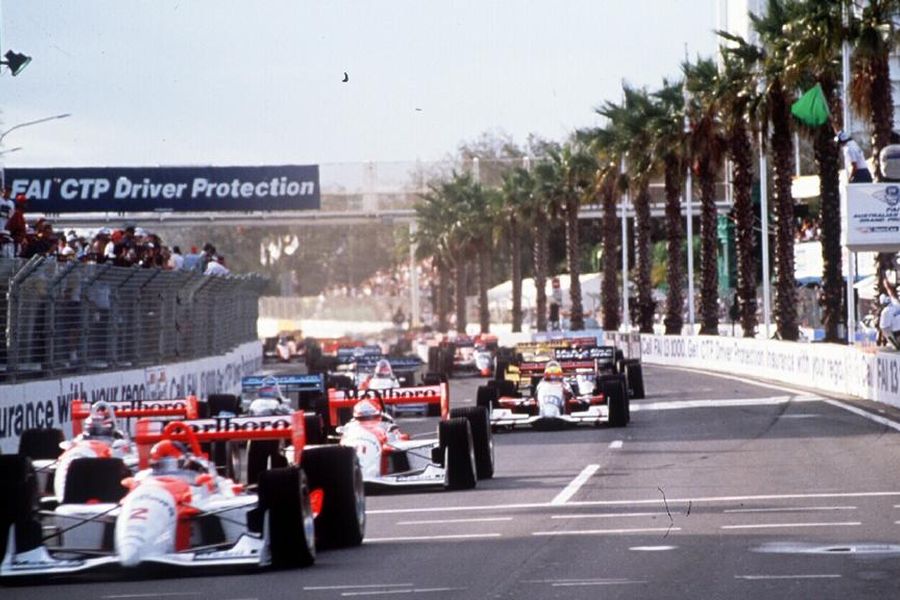 Only Sebastien Bourdais has won twice

In total, eighteen races were held at Surfers Paradise between 1991 and 2008. It’s interesting that only one driver celebrated twice – Sebastien Bourdais in 2005 and 2007.

The A1 Grand Prix never came to Surfers Paradise

After the negotiations for the IndyCar return broke down, the Queensland Government reached a five-year deal with A1 Grand Prix to put Surfers Paradise into ints calendar.

The first A1 GP race was supposed to take place in October 2009, but due to financial issues and the liquidation of the whole series, it never happened. After losing single-seaters, the V8 Supercars race became the main event at Surfers Paradise since 2009. 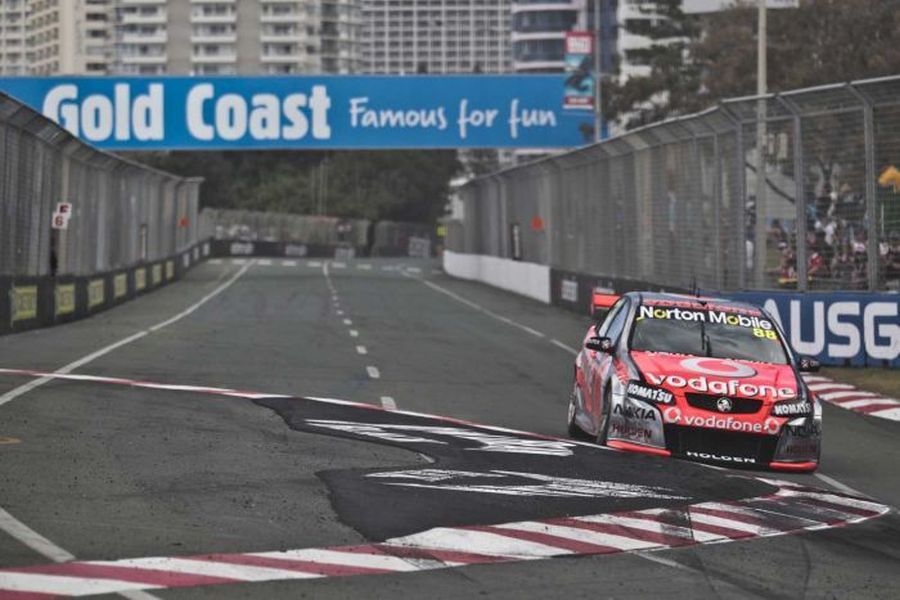 History of V8 Supercars and touring car races at Gold Coast’s street circuit begun in 1994. The touring cars came to the circuit as a part of supporting program for the Indy Grand Prix, without awarding points for the Australian Touring Car Championship. After being a non-championship round for seven years, the Gold Coast race finally became the championship round in 2002. 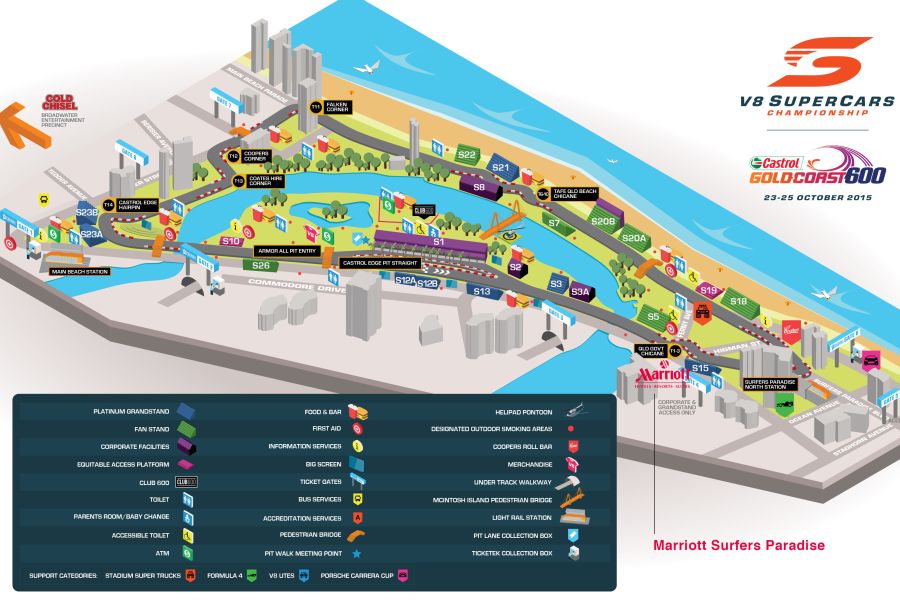 Major changes happened in 2009 and 2010, first in the race format and then in the circuit layout. After the collapse of A1 Grand Prix series, organizers wanted to expand V8 Supercars involvement in the event, so the original program of two 44-lap races was changed to four 34-lap races. The winners were Garth Tander and Mark Winterbottom.

Circuit was shortened to 1.84 miles (2.96 kilometers) in 2010, featuring 15 turns. Between 1991 and 2009, many cosmetic changes were made on the track but this was the first major change. At the turn 2 chicane, circuit enters a hairpin to the left and rejoins the original track at the Esses. The new layout reduced costs and added more laps in each race, so spectators had more to see. The 2010 event was renamed to Gold Coast 600 and it became the endurance event (two 300km races) with two drivers per car. 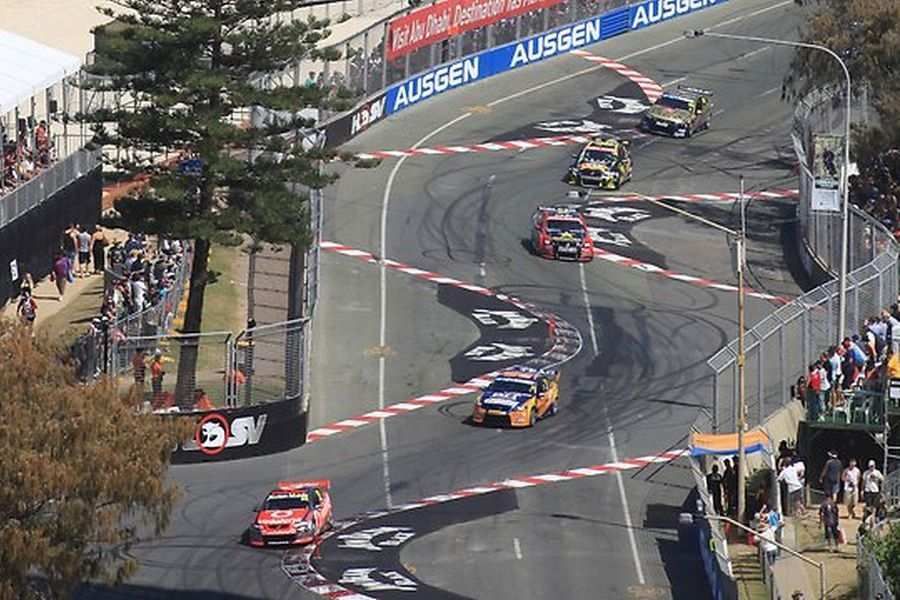 To popularize the event, each team was required to have at least one driver with of the international reputation as a co-driver, so many international stars participated in the race, such were Tiago Monteiro, Mika Salo, Alex Tagliani, Gianni Morbidelli, Alain Menu, Dario Franchitti, Fabrizio Giovanardi, Scott Pruett, Yvan Muller, Andy Priaulx, Helio Castroneves, Jacques Villeneuve, Sebastien Bourdais…

For 2011, it was planned for every car to have an international co-driver, but that rule was abandoned after Dan Wheldon‘s death one week before the race. Wheldon was supposed to participate at Gold Coast 600.

Bourdais and Whincup are record-holding winners

Sebastien Bourdais won the first race in 2011 together with Jamie Whincup, becoming the first and only driver who conquered Surfers Paradise in two different racing disciplines. He repeated his triumph in 2012, increasing a total number of wins to four. Of other drivers, Jamie Whincup is a record holder with five V8 Supercars endurance victories (eight in total) at Surfers Paradise while Garth Tander has two sprint wins and two endurance wins.