The Williams – Honda FW11 was the Formula 1 World Championship winning car in the season of 1986 and one of the best cars constructed by the British team.

Built to overthrow McLaren from the throne

Williams team made a solid base with FW10, a car that won four races in 1985, and the new car was made with an ambition to overthrow McLaren from the throne. The technical director Patrick Head and the chief designer Frank Dernie were at the helm of the team that created this very successful car, while Nigel Mansell and Nelson Piquet had the task to score as many victories as they can with this car. 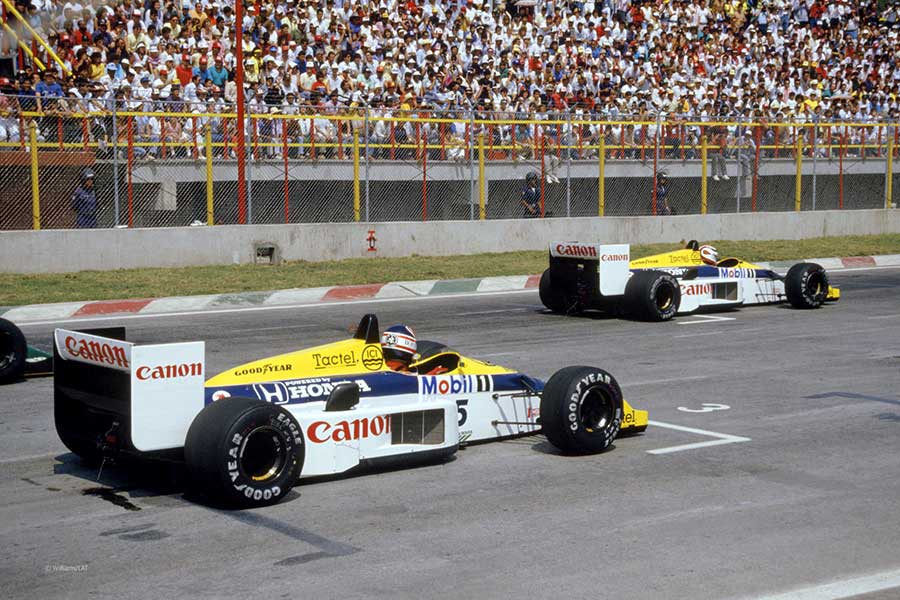 The main advantage of the Williams FW11 was a mighty Honda 1.5 liter V6 turbo engine. Furthermore, the aerodynamics of Williams FW11 was a step forward in comparison to other rival teams. Undoubtedly, this car was one of the most memorable and most successful cars of the Formula 1’s turbo era. 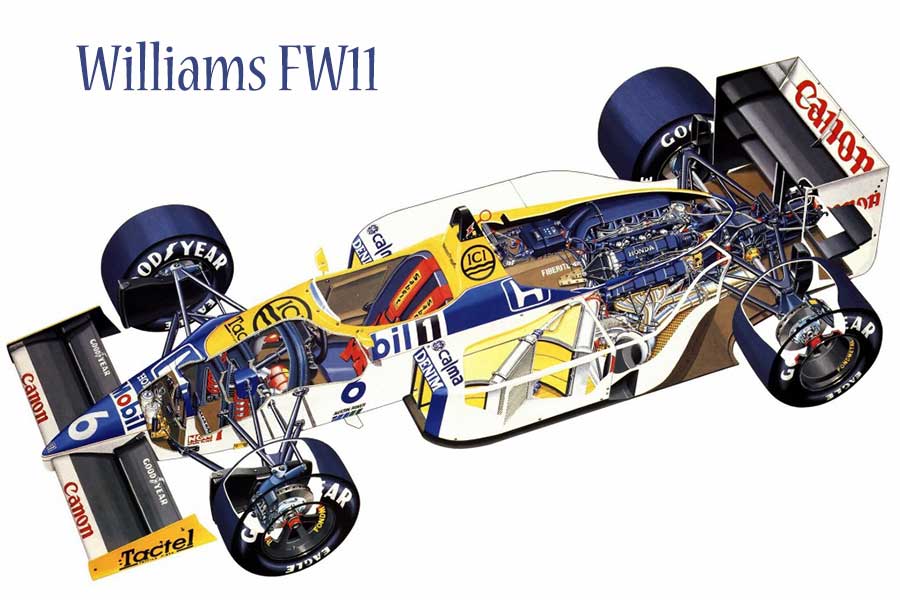 Bad introduction to the season

The season of 1986 was tough for Williams Honda. The team owner Frank Williams in March had a horrible car accident in France. He sustained a spinal cord injury that left him tetraplegic. Patrick Head took the reigns of the team until the boss’ recovery. Head wasn’t able to establish good relations between the two drivers. 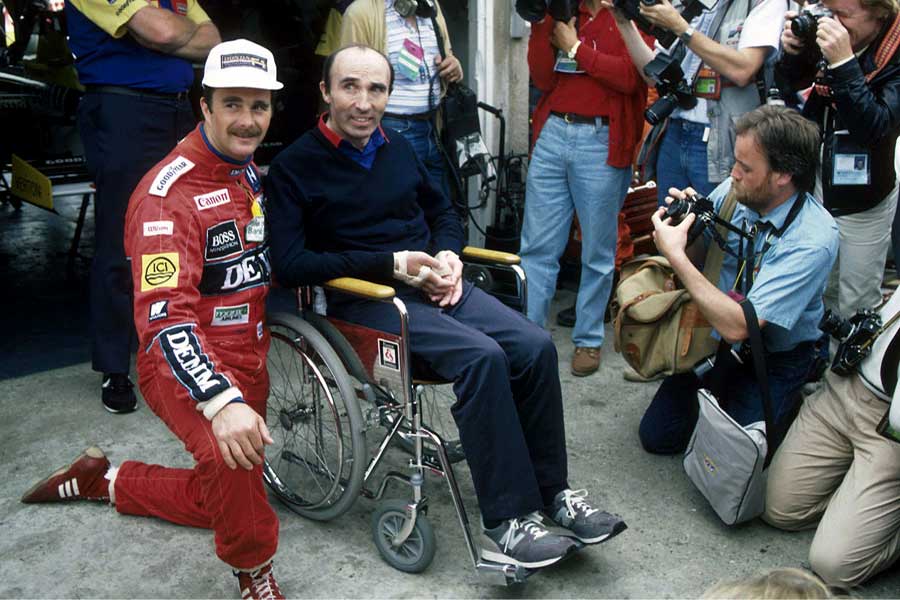 Piquet and Mansell dominated most of the season

Success at the beginning of the season was variable. Piquet won the Brazilian Grand Prix and finished 2nd at Imola after retiring in Spain, while Mansell was 2nd in Spain but retired in Brazil and at Imola. After not so convincing performances in Monaco, the situation started to improve from the Belgian Grand Prix. Mansell won the race at Spa, while Piquet retired. The British driver scored his second win of the season in Canada where the Brazilian was 3rd. 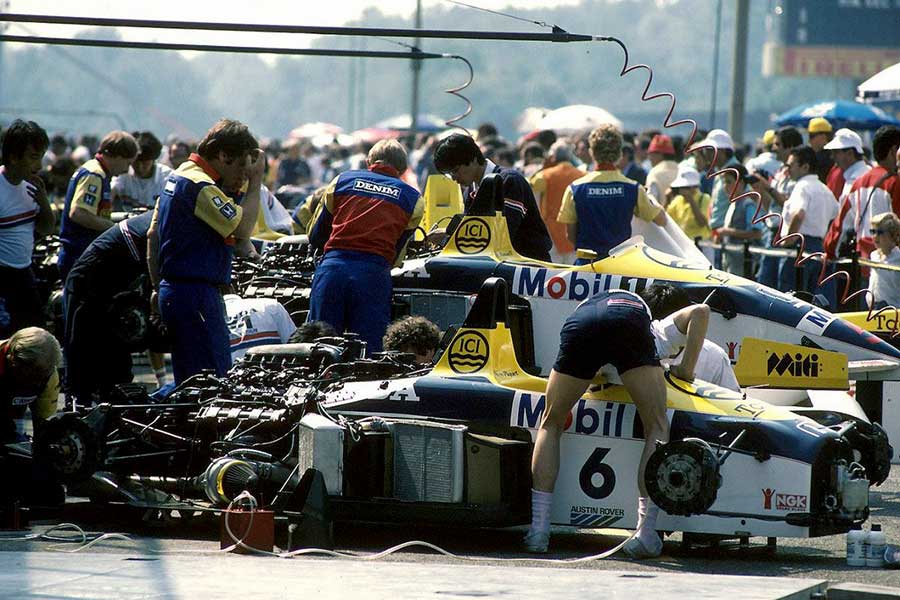 The Detroit Grand Prix wasn’t the glorious one after Mansell took the 4th place, while Piquet retired from the race. Mansell later won both French and British Grand Prix leaving Piquet in the 3rd place at Circuit Paul Ricard and 2nd at Brands Hatch. The Brazilian fought back winning the German and the Hungarian Grand Prix, while Mansell finished 3rd in both races. The Austrian Grand Prix was the worst moment of the season after both Williams – Honda drivers failed to finish the race.

Nigel Mansell was 19 laps from the title

With four races to go, Mansell topped the standings. At the Italian Grand Prix, he finished second, behind Piquet. It was followed by a victory in the European Grand Prix and he was on a good way to win the title. He had a 10 points advantage to Piquet and 11 to Alain Prost. The gap was shortened after the Mexican Grand Prix in which he finished 5th, while Piquet was 4th. 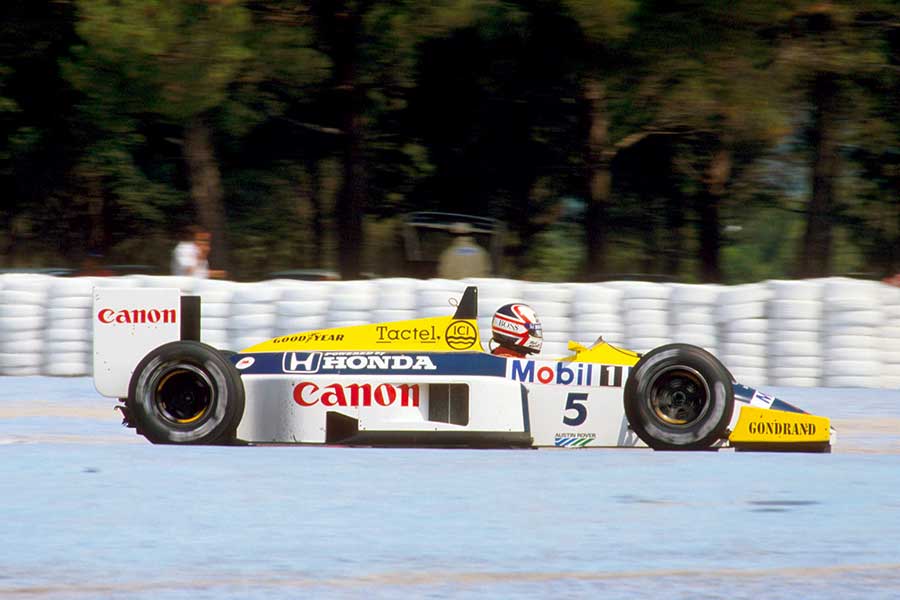 The Australian Grand Prix at Adelaide Street Circuit was the season-closing race and Mansell had to finish at least 3rd to win the title. He won the pole position but he had a poor start of the race and dropped to the 4th place on the first lap. However, on lap 63 Mansell was in the 3rd position but on the following lap left rear tire exploded and the race along with a dream of winning the championship title were ended for the British driver. Prost won his second title while Mansell and Piquet finished second and third respectively. 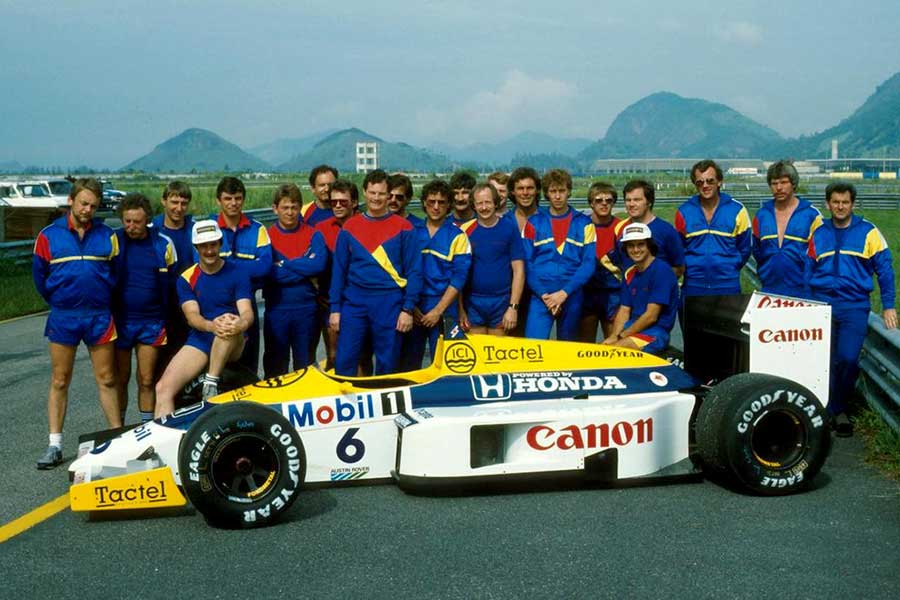