Sir Frank Williams, the founder and principal of the Williams Formula 1 Team, is one of the biggest heroes of the modern era in Formula 1. As a team owner and principal, he participated in Formula 1 until 1969, as part of nine constructors’ and seven drivers’ championshipsundoubtedly a unique and admirable accomplishment.

He was born on 16th of April, 1942, in South Shield (Durham County, England). Williams’ father was an RAF officer and his mother was a teacher, so Frank didn’t have any direct contact with cars and motorsport. But after he tried a friend’s Jaguar XK150, he was hooked onto fast cars for good. 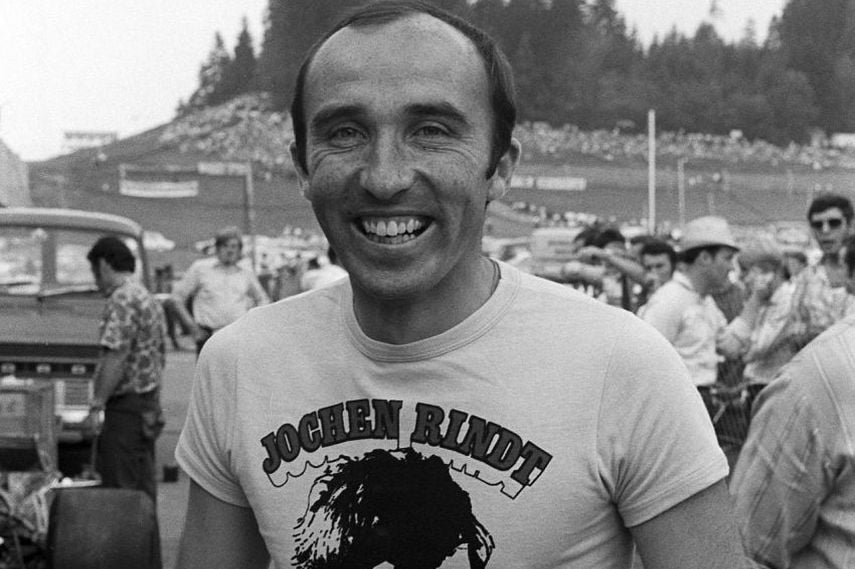 His driving career was short and not so successful. He started with races in his own Austin in 1961, funding his activities from his work as a traveling grocery salesman. During that time, he also worked as a mechanic for some friends, including Jonathan Williams. Frank’s career peaked during a few races in Formula 3, but at the end of 1966, he decided to retire and concentrate on building up a business selling spare parts and old cars.

He established Frank Williams Racing Cars and rented premises in Slough. In October 1967, Williams made his debut as the team owner, with Piers Courage racing a Brabham BT21 at Brands Hatch. In 1968, Williams ran Courage in Formula 2, while running an F3 car for Richard Burton, Tetsu Ikuzawa and Tony Trimmer. In 1969, Williams bought an ex-factory Brabham Formula 1 car and entered it in selected races with Courage driving. They scored two second places that year while also participating in F2 and F3.

After this promising start, Williams went into a partnership with Alessandro de Tomaso in 1970 and ran Courage in a Giampaolo Dallara-designed chassis. Unfortunately, Courage crashed in the Dutch Grand Prix at Zandvoort and was killed in a horrible fire accident.

The relationship with de Tomaso finished at the end of that year and in 1971, Frank bought a customer March F1 chassis for Henri Pescarolo. In 1972, Williams expanded to running a second car for Carlos Pace. In July that year, the first Williams-built F1 car named Politoys FX3 appeared, which was designed by Len Bailey. Pescarolo destroyed the car on its first outing at the British Grand Prix. 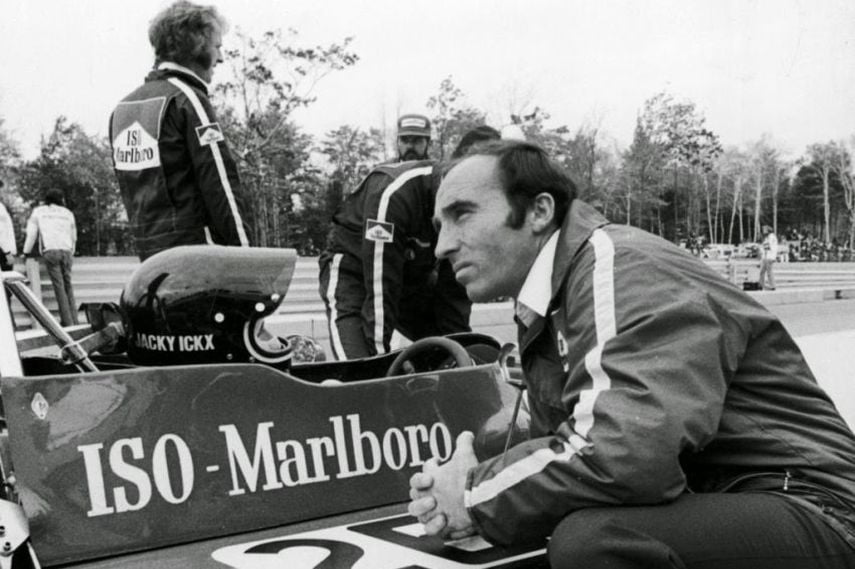 Frank Williams and Jacky Ickx in 1973

New company together with Patrick Head

For 1973, Williams found backing for two years from Marlboro and the Italian car company ISO, but not all the money arrived and he decided to go into partnership with Austro-Canadian oil magnate Walter Wolf in 1976.

It soon became clear that Williams lost control of his old team and in early 1977, Frank and one of his old employees, a young engineer called Patrick Head, left Wolf and established Williams Grand Prix Engineering, operating out of an old carpet warehouse in Didcot (Oxfordshire). This same team still competes in Formula 1 and the partnership still exists, although in another form. 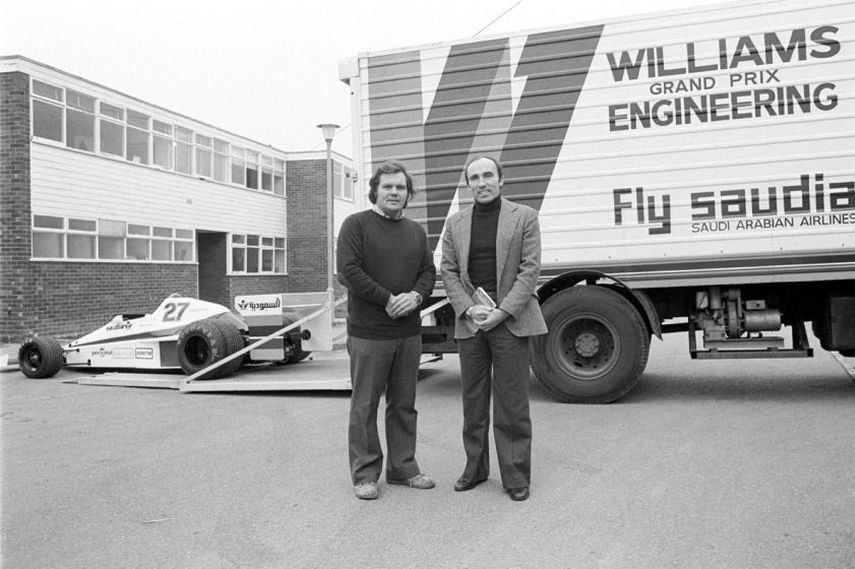 Frank Williams and Patrick Head in 1978

The first car was an old March F1, driven by Patrick Neve. The next year, they were backed by Saudi Airlines and managed to build their own car – the Williams FW06, which was driven by Alan Jones.

In 1979, Patrick Head built a new FW07 and the squad expanded to two cars. In July, Clay Regazzoni won the team’s first GP victory at Silverstone. 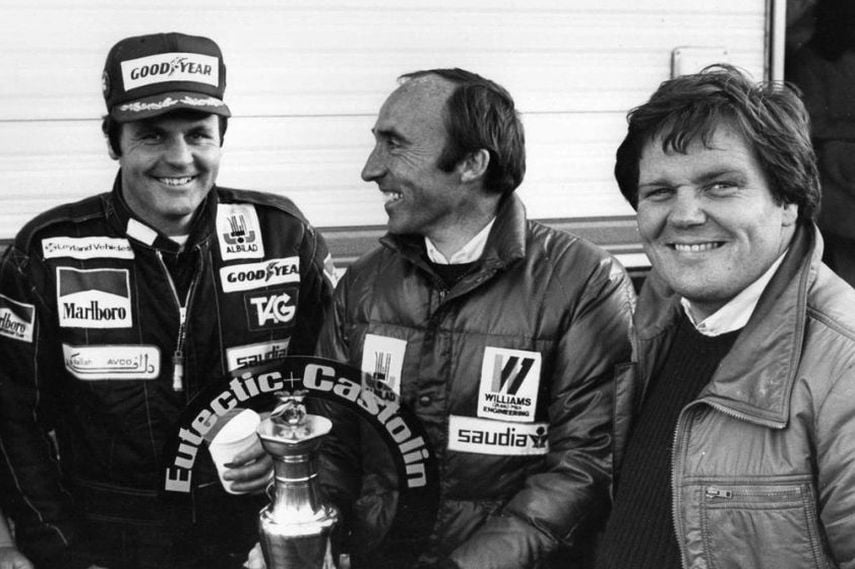 The first championship title in 1980 with Alan Jones

Their first drivers’ and constructors’ championship both came in 1980 with Alan Jones winning the drivers’ title and the team winning the constructors title by an impressive 54 points lead ahead of Ligier.

Alan Jones and Carlos Reutemann won the 1981 constructor’s title for Williams. In 1983, Williams hired Keke Rosberg and Derek Daly. Rosberg, the Finnish driver, managed to win the 1982 World Championship despite winning only one race. 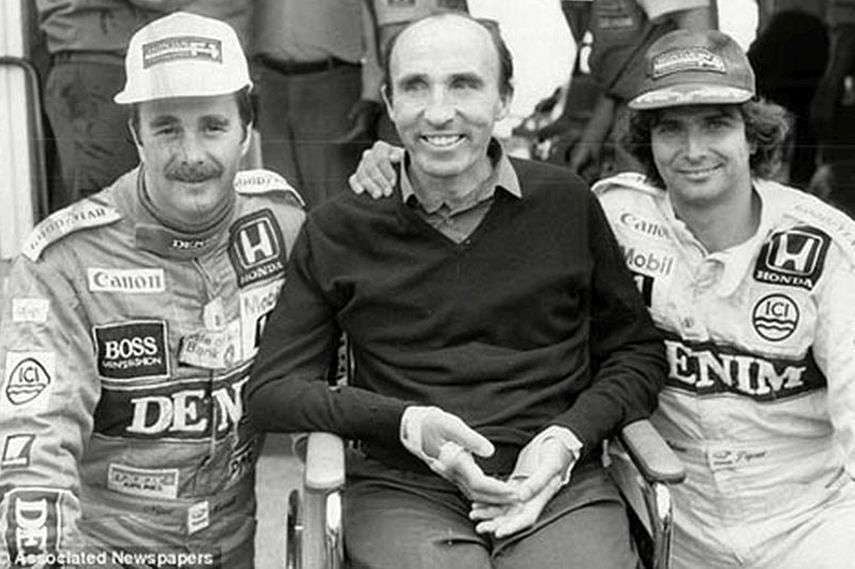 Successful years with Honda and Renault

In 1983, Williams began a new partnership with Honda, which would lead to success in the constructors’ championship in 1986 and 1987. Nelson Piquet took the 1987 drivers’ title. The Williams-Honda dominated in 1986 and 1987 with drivers Nelson Piquet and Nigel Mansell, but in 1988, Honda decided to join McLaren and Williams was left to run Judd engines until a new deal was struck for a supply of Renault V10 engines in 1989.

The Williams-Renault partnership was even more successful than the deal with Honda and the team ended up winning the World Championships five times. The team was also judged as the best in 1992, 1993 and 1994, while the driver champions in 1992 and 1993 were Nigel Mansell and Alain Prost. 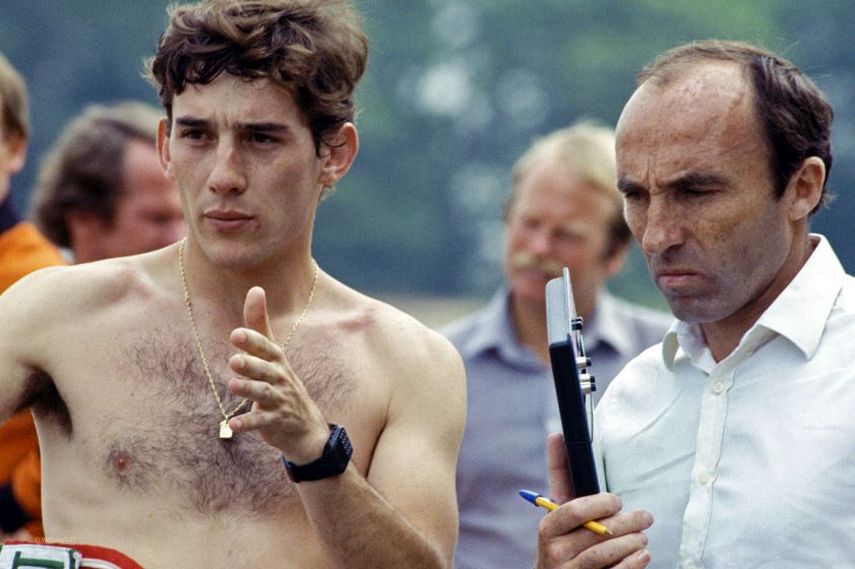 Senna was killed in Williams FW16

The year 1994 will be remembered because Ayrton Senna was killed at Imola. Since Senna’s death, every Williams F1 car has carried a Senna ‘S’ somewhere on its livery in his honour. Williams was back on a winning streak in 1996 with Damon Hill and Jacques Villeneuve, both of whom became World Champions in 1996 and 1997. Williams also won two teams’ titles.

The next few years were without any victories until 2001, when Williams partnered with BMW. The drivers were Ralf Schumacher and JP Montoya, and the team won four races and finished third in the championship. In 2003, the BMW Williams F1 Team reached its peak of success, with four wins and a second place in the championship. In 2004, JP Montoya won the last race of the season in Brazil, and this remained Williams’ last F1 win until 2012. 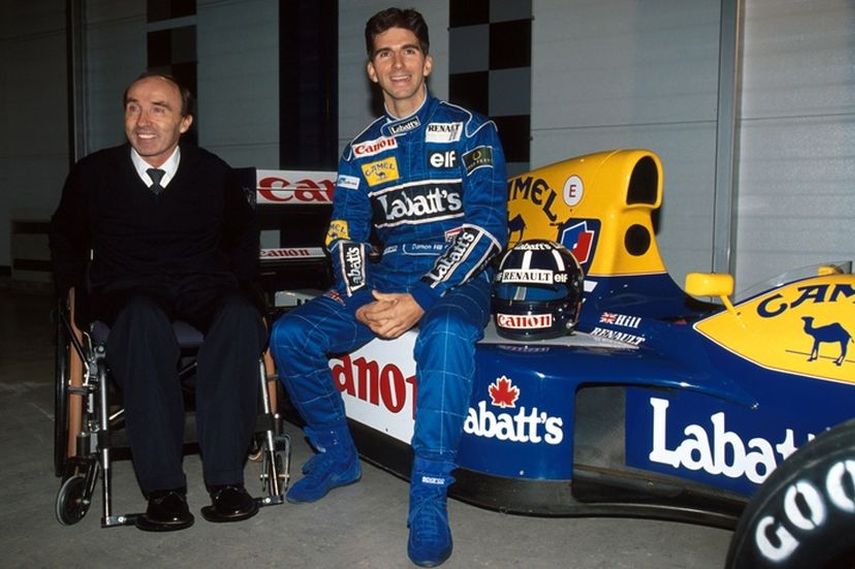 During the course of the 2004 and 2005 F1 seasons, BMW Motorsport chief Mario Theissen increasingly became publicly critical of the Williams F1 team’s inability to create a package capable of winning the races. Frank Williams, on the other hand, blamed BMW for not producing a good enough engine. The only solution was to break-up the partnership. Williams opted for a Cosworth engine for the 2006 season. The results were not as desiredthis was the first time since Williams’ first season in 1977 that the team did not finish on the podium. 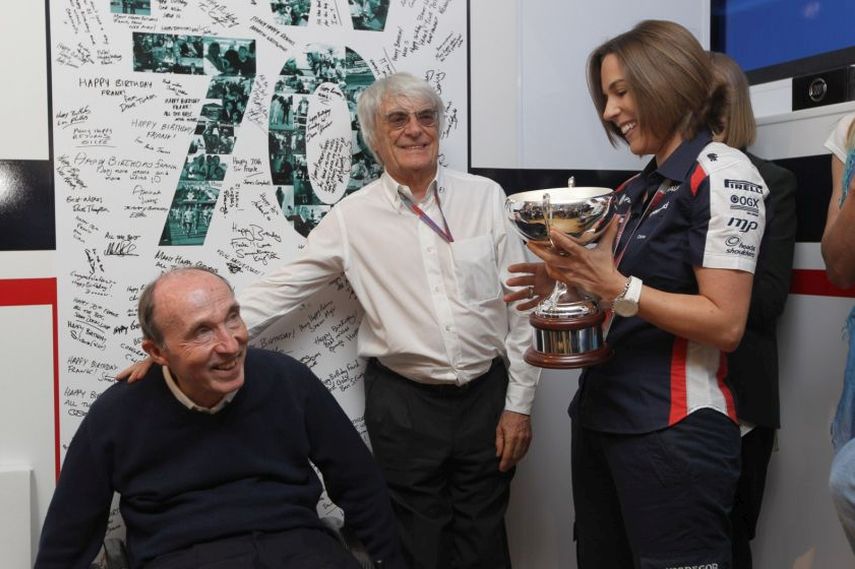 Over the next three seasons, Williams struck a deal with Toyota, then in 2010 and 2011 again with Cosworth, and finally in 2012 Williams reunited with Renault. At the 2012 Spanish Grand Prix, Pastor Maldonado had his first Grand Prix victory, which was also Williams’ first race victory since 2004. After the new 1.6 V6 engines were introduced in 2013, Williams announced a long term contract with Mercedes to supply engines for the team.

Video : Sir Frank Williams talks about the car crash that changed his life in 1986

In the wheelchair since 1986

One of the most important moments of Frank Williams’ life took place on 6th of March, 1986. It was a car accident that took place while he was driving a Ford Sierra from Paul Ricard Circuit to Nice. Williams sustained a spinal cord injury and unfortunately, became a tetraplegic. He has been confined to a wheelchair ever since.

Frank Williams married Virginia Berry in 1974. They have two sons (Jonathan and Jaime) and a daughter Claire. In 2012, Claire became Frank’s successor as a board member of Williams F1 Team, although he remained with the crew in the role of a Team Principal.

Video : Sir Frank Williams and Claire Williams tell the story of the Williams F1 team from 1978