The 2016 NASCAR Sprint Cup Series season would be remembered as the year when Jimmie Johnson captured his seventh Cup championship title, tying Richard Petty and Dale Earnhardt on the top of the all-time winners list. Jimmie did it again in the #48 Chevrolet of Hendrick Motorsports, same as the first six times in 2006, 2007, 2008, 2009, 2010 and 2013. 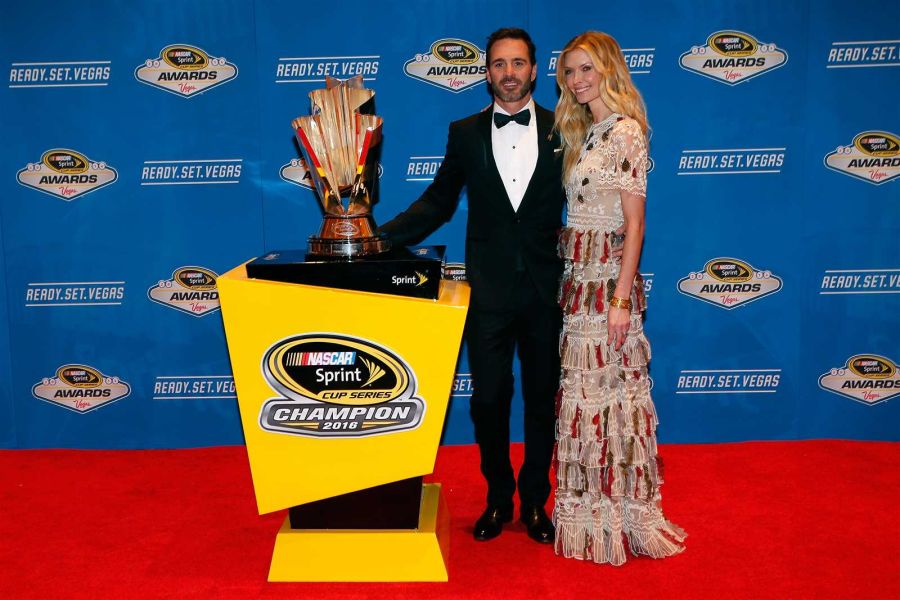 Jimmie Johnson and his wife Chandra

Five wins for Johnson on his way to the seventh title

On the way to his seventh title, Johnson scored five wins through the season. He won two times in a regular part (Atlanta and Fontana), adding three more wins during the Chase (Charlotte, Martinsville and Homestead-Miami). The most important win, of course, was the one in the final Championship 4 round at the Homestead-Miami Speedway. Johnson has won the Ford EcoBoost 400 race holding off Kyle Larson, who led for most laps but had no enough speed to beat Johnson in the overtime finish.

Of other three title contenders in the Championship 4 round, Team Penske’s Joey Logano finished fourth while Joe Gibbs Racing’s teammates Kyle Busch and Carl Edwards were 6th and 34th respectively. Edwards wrecked off on lap 258. 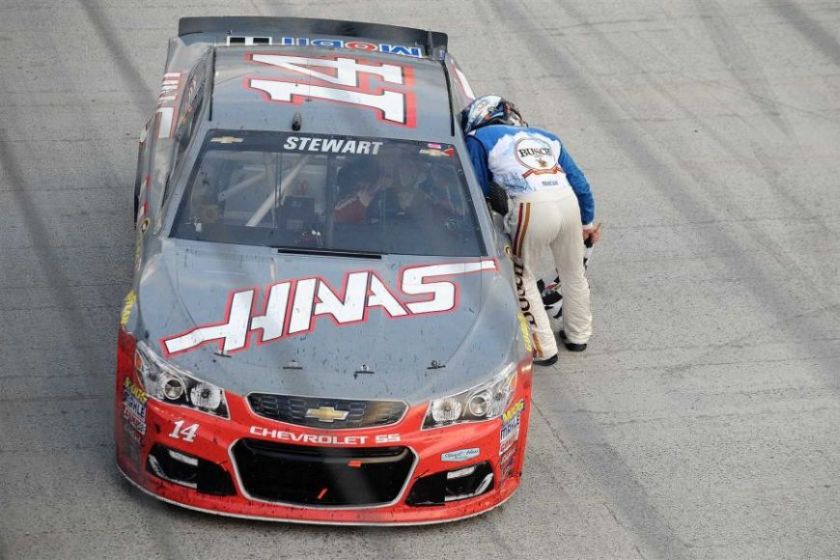 Tony Stewart skipped the beginning of his last season

The season 2016 started without four-time Cup champion Jeff  Gordon, who retired at the end of 2015. He was replaced in the Hendrick Motorsports’ #24 car by 2014 Nationwide Series champion Chase Elliott. Michael Waltrip Racing ceased its operations after 2015. On the other side, Wood Brothers Racing returned to a full-time schedule for the first time since 2008, with Ryan Blaney as a driver.

Tony Stewart, who announced that it would be his last season, missed the first few races of the season because of injuries received in a non-racing incident in a desert. Brian Vickers and Ty Dillon were sharing Stewart’s car until his full-time return at Kansas in May.

Jeff Gordon came out of retirement to replace Dale Jr

Another NASCAR great missed a big part of a season because of injuries. Dale Earnhardt Jr. suffered from concussion following the race at Kentucky Speedway in July. He was replaced by Alex Bowman at New Hampshire and Michigan. After that, Jeff Gordon came out of retirement to replace Dale Jr. at Indianapolis, Pocono, Watkins Glen and Bristol. On August 30, it was announced that Earnhardt would miss the rest of the season and that Bowman and Gordon would share the car for the final 12 races of the season.

The field in the NASCAR Sprint Cup Series races was reduced from 43 to 40 cars. The race calendar, featuring 36 races, was divided into 26 regular season events and ten Chase events. The names of the Chase rounds were changed from the previous Challenger, Contender and Eliminator round to the simpler Round of 16, Round of 12 and Round of 8. 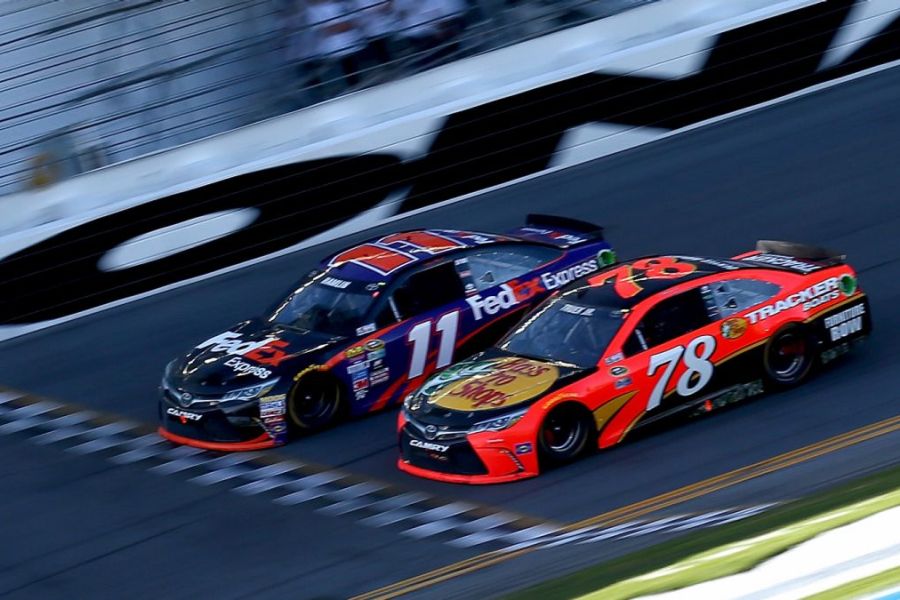 Photo-finish of the Daytona 500

As usual, the season started with the Speedweeks at Daytona International Speedway. Denny Hamlin won his third Sprint Unlimited race. The winners of the Can-Am Duels were Dale Earnhardt Jr and Kyle Busch. The rookie Chase Elliott won the pole position for Daytona 500, becoming the youngest ever Daytona 500 pole winner. Denny Hamlin won the race, beating Martin Truex Jr in the closest ever finish at Daytona 500.

Jimmie Johnson scored his first win of the season, and 76th in a career, in the second round at Atlanta Motor Speedway. Until the end of the season, he scored four more wins, rounding a number of his Cup victories to 80.

Kurt Busch‘s win at Pocono was his 28th in a career. Tony Stewart has won for the last time in the Sprint Cup Series at Sonoma Raceway. It was his 49th win in a career. Two drivers scored their maiden Cup victories – Kyle Larson (Pure Michigan 400) and rookie Chris Buescher (Pennsylvania 400 at Pocono). 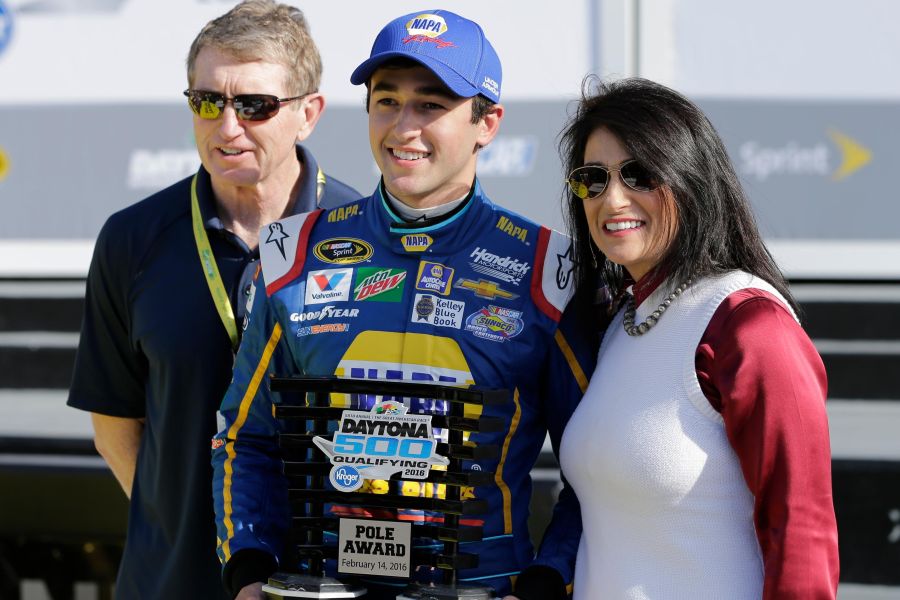 Chase Elliot – Daytona 500 poleman and the Rookie of the Year

Chase Elliott is the Rookie of the Year

Chase Elliott didn’t win, but ten Top 5 results qualified him for the Chase and he finished 10th in the final classification, winning the Rookie of the Year honors. Other full-time rookies in 2016 were Chris Buescher, Ryan Blaney and Brian Scott, whilst Jeffrey Earnhardt had a part-time schedule.

For the 2017 season, some major changes were announced already. Monster Energy would be the entitlement sponsor, replacing the Sprint Corporation, series’ sponsor since 2008. As Tony Stewart retires from NASCAR, Clint Bowyer would take over his #14 car for Stewart-Haas Racing. The team will switch from Chevrolet to Ford. Ty Dillon will replace Casey Mears in the #13 Germain Racing’s Chevrolet, being one of the full-time rookies. One of his rookie rivals would be Erik Jones in the #77 Furniture Row’s Toyota.