Trophee Andros ice racing championship celebrated its 30th anniversary with a spectacular super finale at Stade de France in Paris. The season 2018/2019, that ended with the fourth consecutive championship title for Jean-Baptiste Dubourg, offered a great event to racing fans by gathering best ice racers and their guests for the eighth time at the famous stadium.

The former Formula 1 driver Olivier Panis and his son Aurelien took the victories in two final races, driving a Plastic’Up electric car prepared by Sainteloc Racing. Aurelien has won the first Final ahead of Franck Lagorce and Andrea Dubourg. Nine drivers participated in that race.

In the second Final, Olivier Panis took the victory in the same car as his son. He defeated Sebastien Loeb, who was sharing a car with Lagorce. Jean-Baptiste Dubourg completed the podium. Seven drivers participated in that race. One of them was World RX star Andreas Bakkerud. 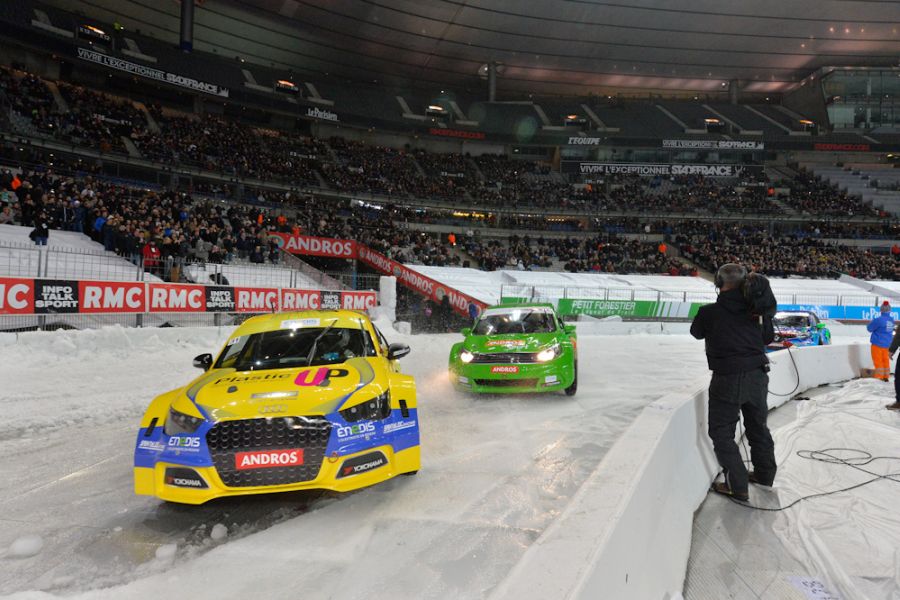