Josef Newgarden opens the IndyCar Series season with a victory

Josef Newgarden (Team Penske) wins the Grand Prix of St. Petersburg, the opening race of the 2019 IndyCar Series season. It’s his eleventh IndyCar victory in a career and the first at the streets of St. Petersburg.

After leading for 60 of 110 laps at the 1.8-mile circuit, the driver of the #2 Chevrolet defeated defending champion Scott Dixon in the #9 Honda of Chip Ganassi Racing by 2.8998sec at the finish line. The pole-sitter Will Power finished third in the #12 Chevrolet of Team Penske.

Josef Newgarden in the #2 Chevrolet of Team Penske

The Swedish driver Felix Rosenqvist is the best rookie after he finished fourth in the #10 CGR Honda. Early in the race, he was in the lead for 31 laps. Alexander Rossi was the best of four Andretti Autosport’s drivers in the fifth place. James Hinchcliffe (Schmidt Peterson Motorsports), Simon Pagenaud (Team Penske), two rookies Colton Herta (Harding Steinbrenner Racing) and Santino Ferrucci (Dale Coyne Racing), and Jack Harvey (Meyer Shank Racing) completed the top 10.

Eleventh-placed Spencer Pigot (Ed Carpenter Racing) was the last driver in the same lap as the winner. Eighteen drivers from twenty-four starters reached the finish line. 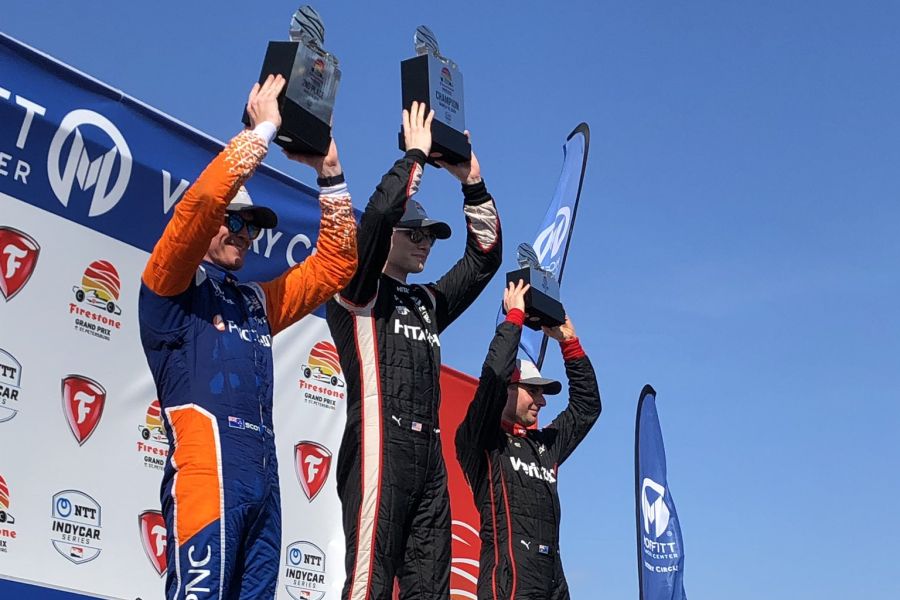 The next race on the IndyCar Series calendar is the IndyCar Classic at the Circuit of the Americas in Austin, Texas, scheduled for March 24.

Check the full results of the Grand Prix of St. Petersburg