Hyundai Motorsport’s Thierry Neuville and Nicolas Gilsoul are the winners of the 88th Rallye Monte-Carlo, the opening round of the 2020 FIA World Rally Championship. It’s their 13th WRC victory in a career and the first-ever win at the world’s famous rally. 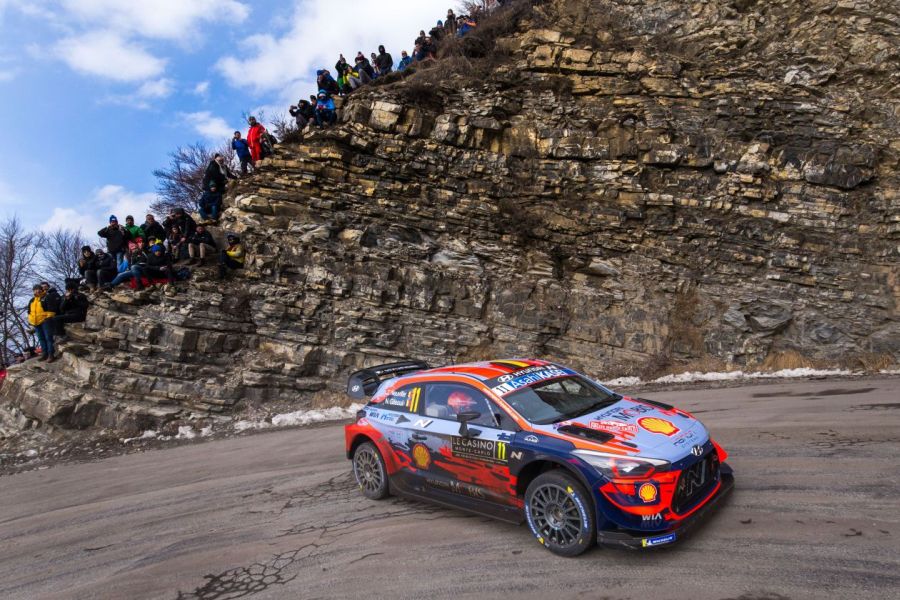 The duo in the #11 Hyundai i20 Coupe WRC collected the maximum amount of 30 points because they were also the fastest on the Power Stage. They shared the fastest time with Sebastien Ogier/Julien Ingrassia (#17 Toyota Yaris WRC), who finished second in the overall classification.

The six-time world champions take the second spot on the podium on the last special stage, demoting Toyota teammates Elfyn Evans/Scott Martin in the #33 Toyota Yaris. Evans started the last day as rally leader but, in the end, he was just third, 1.7sec behind Ogier and 14.3sec behind Neuville. Sebastien Ogier and Julien Ingrassia in the #17 Toyota Yaris WRC

Sebastien Loeb (Hyundai) entered the last day as the fourth-placed driver but a bad tyre choice cost him a lot, so he lost two places and dropped to P6 in the end. Esapekka Lappi (Ford M-Sport) and Kalle Rovanpera (Toyota) take places in the top 5.

Besides Neuville’s first victory in Monte-Carlo, the rally would be remembered mostly by the spectacular crash of the world champion Ott Tanak on the Special Stage 4 on Friday. Tanak and his navigator Martin Jarveoja left the road in the #8 Hyundai i20 Coupe WRC when running about 180 km/h but, luckily, they were unhurt.

The next WRC round is Rally Sweden, scheduled for February 13-16.

Check the results of the 88th Rallye Monte-Carlo