Bernd Mayländer is a German former racing driver who is most known as a driver of the Formula 1 Safety car than after his result is racing.  Mayländer is an official F1 Safety Car driver since 2000, driving different Mercedes-Benz cars during all those years.

His racing career lasted from 1992 to 2004 and he achieved some pretty good results. He won Porsche Carrera Cup Germany in 1994 and finished second in Porsche Supercup in 2000. In 1999, he reached a podium in his only attempt at Le Mans 24 Hours, finishing second in GT class. In 2000, he won another 24-hour race, at Nurburgring Nordschleife, driving a Porsche 911 GT3-R. 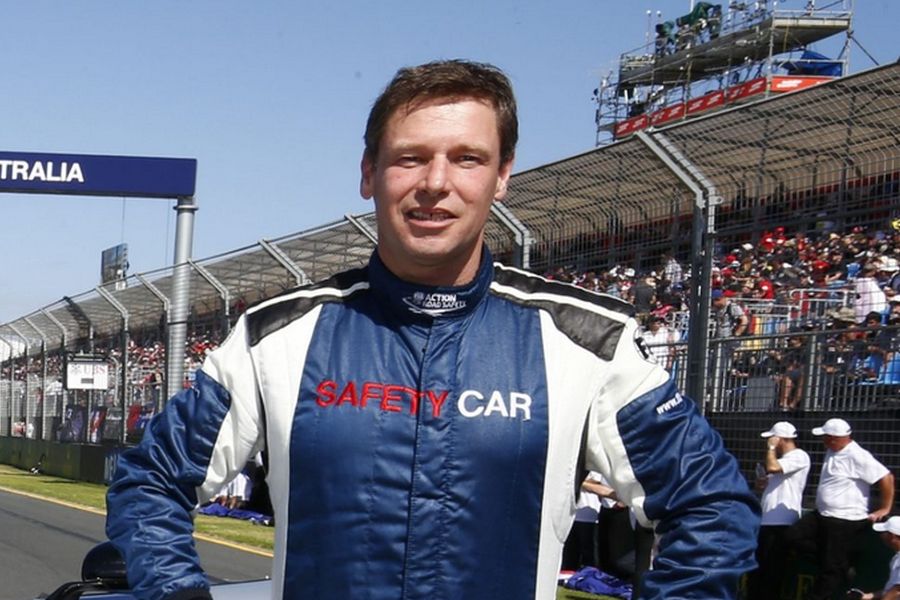 Born in May 1971 in Waiblinger, Bernd Mayländer spent the early years of his racing career in karting competitions, switching to Formula Ford in the early 1990s and then to Porsche Carrera Cup Germany in 1992.

He finished third in Carrera Cup classification in 1993 and then won the championship title in 1994, after scoring three wins in nine races. In 1994, Mayländer also spent his first full season in the Porsche Supercup, scoring three podiums to finish fourth in the points.

Mayländer returned to Daytona a year later with the same team, driving the #01 Porsche 911 GT2 and finishing fourth again. His co-drivers were Hurley Haywood, David Murry and Jochen Rohr.

Switching to touring car races with Mercedes in 1995

He spent one more season with Mercedes in the ITCC, finishing just 24th in the points in 1996. He started a season in the #22 Persson Motorsport's Mercedes and then switched to #4 Warsteiner Mercedes after six rounds.

In 1997, Mayländer stayed with Mercedes but his main competition was the FIA GT Championship. He was driving a Mercedes-Benz CLK GTR in five races, scoring one victory at Zeltweg together with Klaus Ludwig and Bernd Schneider.

Next year, Mayländer participated in nine FIA GT races in a Mercedes-Benz CLK GTR, scoring no wins or podiums. His co-driver over the season was Christophe Bouchut.

In 1999, Mayländer returned to a cockpit of Porsche race cars.The highlight of the season was his debut at 24 Hours of Le Mans with Champion Racing. Sharing the #80 Porsche 996 GT3-R with Dirk Müller and Bob Wollek, he finished 19th overall and second in GT class

In 2000, Mayländer stayed in Porsche Supercup and finished the season second in the points after scoring two wins. The champion was Patrick Huisman.

That year, Mayländer scored one of his greatest wins in a career, triumphing at 24 Hours of Nürburgring at the iconic Nordschleife circuit. His teammates in factory-backed Porsche 911 GT3-R were Michael Bartels, Altfrid Heger and Uwe Alzen. 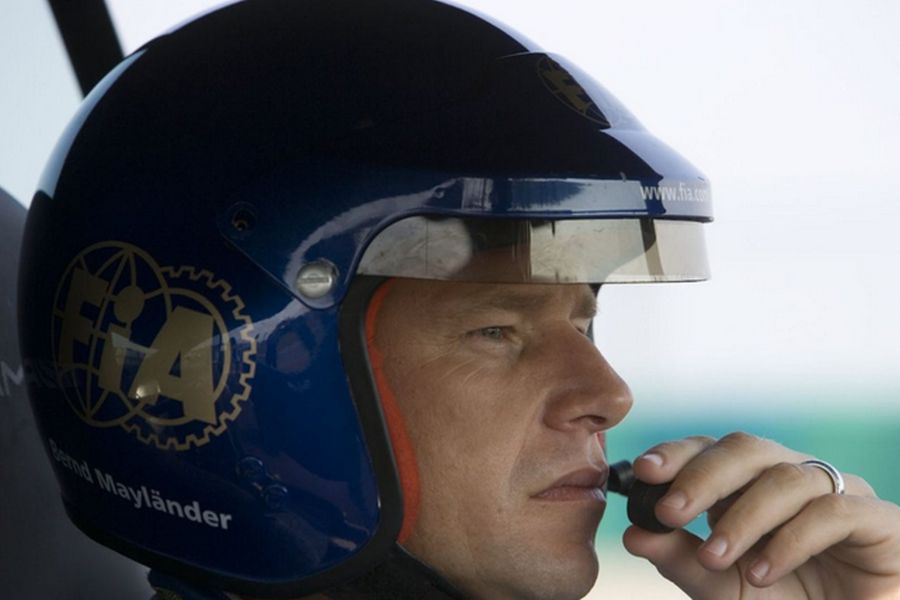 Formula One Safety Car driver since 2000

In 2000, Mayländer became the official driver of the Formula One Safety Car. Mercedes was an exclusive supplier of Safety Car vehicles since 1996 and they invited Mayländer to drive their car in 2000.

Since then, Mayländer spent numerous laps in front of the Formula 1 fastest drivers. He rarely missed races, in a fact just once, at 2001 Canadian Grand Prix, when he was injured and Marcel Fässler replaced him.

One victory in the 2001 DTM season

Mayländer's F1 commitments didn't stop his racing career. A new DTM (Deutsche Tourenwagen Masters) has been established in 2000 and Mayländer joined the series in 2001, driving the #9 AMG-Mercedes CLK-DTM for Manthey Racing.

He missed three out of ten rounds and won the season-closing race at Hockenheimring, finishing the season 11th in the points. 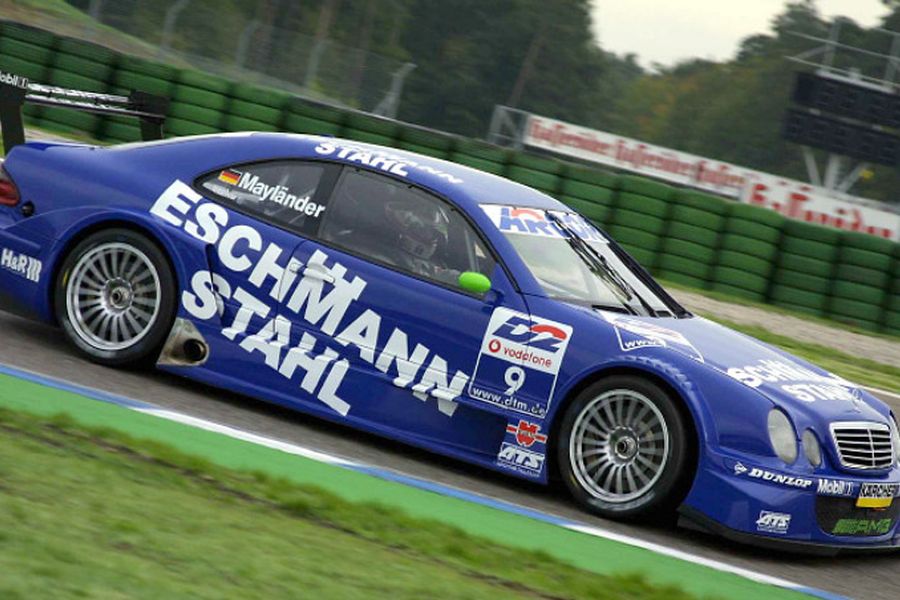 Mayländer stayed in the DTM for three more seasons, driving Mercedes cars for three different teams. In 2002, he spent a year in Manthey Racing's #16 CLK, not scoring points.

In2003, he switched to Persson Motorsport's #12 Mercedes CLK, again failing to score points in ten races. His final DTM season was in 2004 when he was driving the #21 Mercedes CLK for Team Rosberg. For the third year in a row, he ended a season without points on his account.

At the end of that season, Mayländer retired from racing and focused only on his job in the Formula 1. 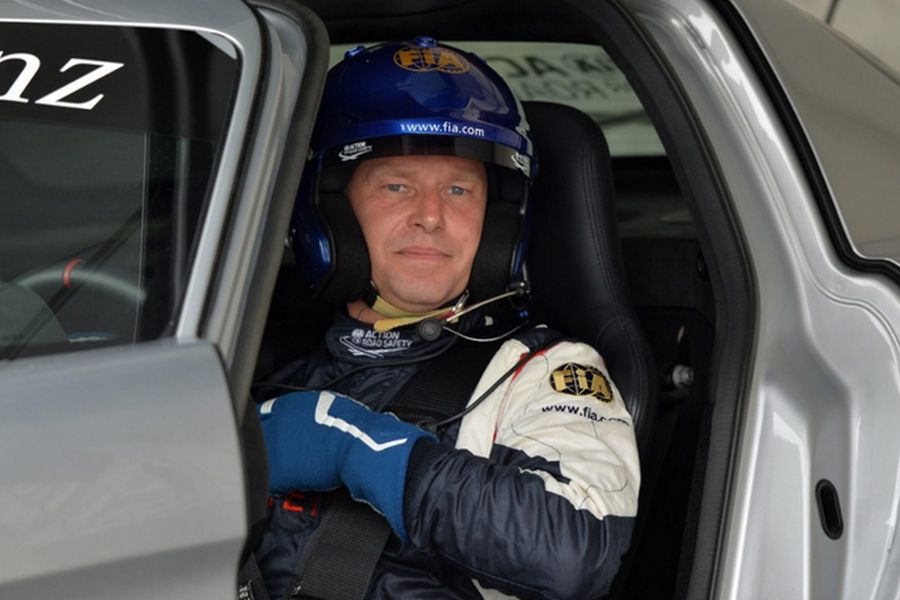 Bernd Mayländer on his working place