Maserati MC12 is a race car which was in use in different sports car competitions all over the world between 2004 and 2010. The car left the greatest trail in the FIA GT Championship, in which Vitaphone Racing Team captured five consecutive teams’ titles from 2005 to 2009. In the same period, Maserati drivers were FIA GT Champions four times. The last two championship titles, both for the team and drivers, came in the 2010 FIA GT1 World Championship.

It’s interesting that Maserati MC12, as one of the most successful race cars of its time, never competed at 24 hours of Le Mans because it wasn’t complying ACO’s GT1 rules. 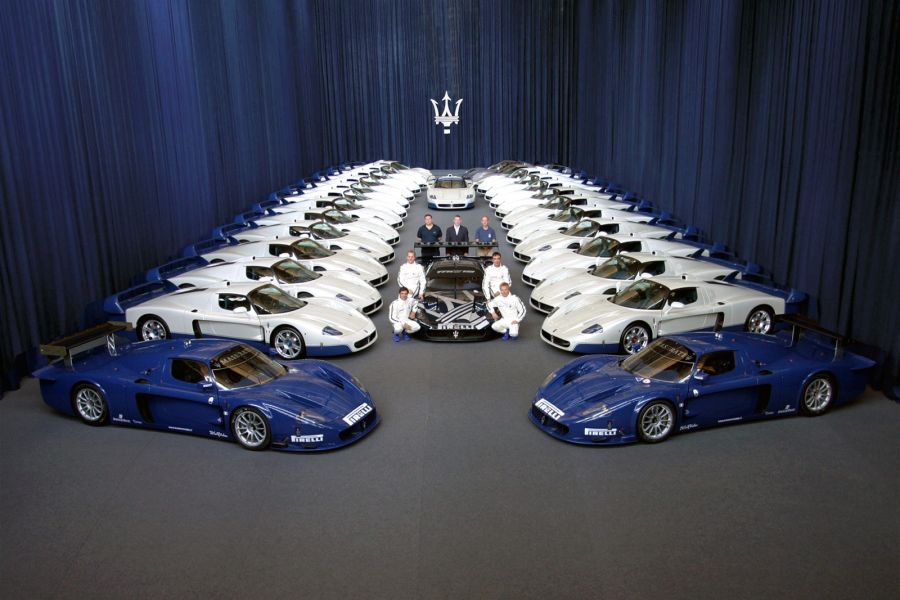 In 2004, Maserati decided to build a limited edition of two-seater sports car, planning to return to racing for the first time in 37 years. The MC 12 was designed and built on the chassis of Ferrari Enzo, which was introduced in 2002, using a rear-mid-engine/rear-wheel-drive platform with the 6.0-litre V12 powertrain. For a homologation purposes, 25 road legal cars were built in 2004.

In the same year, three race cars came out from a factory to enter the GT1 class of the FIA GT Championship. The car debuted at Imola FIA GT weekend in September but it wasn’t eligible to score points. Two AF Corse’s crews finished in the second and third place. 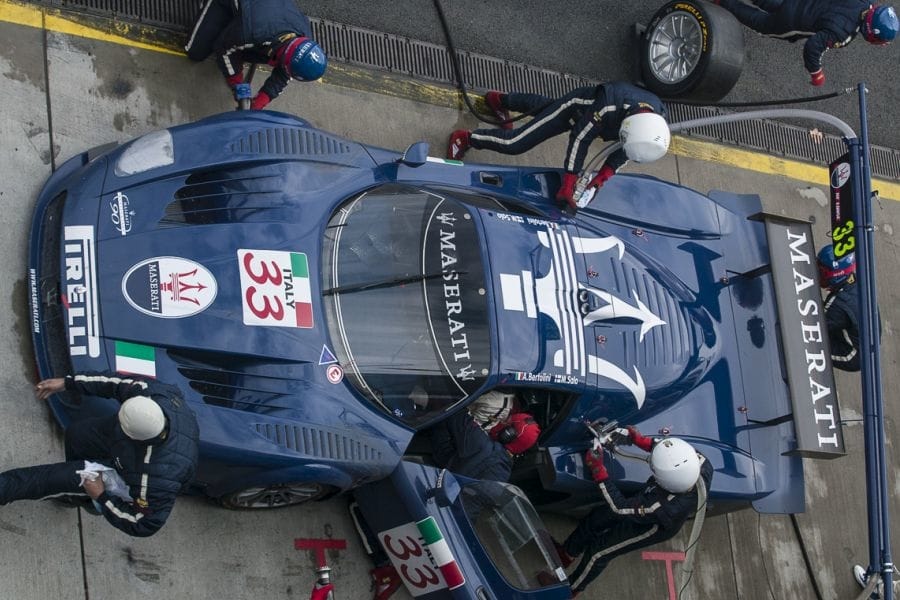 In the next round, two weeks later at Oschersleben, Mika Salo and Andrea Bertolini scored the first victory in the #33 AF Corse Maserati, still not being eligible to collect championship points.

Finally, in the last championship round at Zhuhai International Circuit in November, FIA allowed the homologation and Maserati MC12 scored its first points-paying victory. Mika Salo and Andrea Bertolini were the winners, beating teammates Johnny Herbert and Fabrizio de Simone in another car.

JMB Racing’s duo Andrea Bertolini and Karl Wendlinger were the first who scored a victory for Maserati, in the second championship round at Circuit Nevers de Magny-Cours. The next win was at Spa 24 Hours for Michael Bartels, Timo Scheider and Eric van de Poele in the #9 Vitaphone Maserati. Vitaphone Racing scored two more wins later in the season, at Oschersleben and Istanbul, to take the first FIA GT title. Bartels and Scheider finished second in the drivers’ classification, losing a title to Larbre Competition’s Gabriele Gardel. 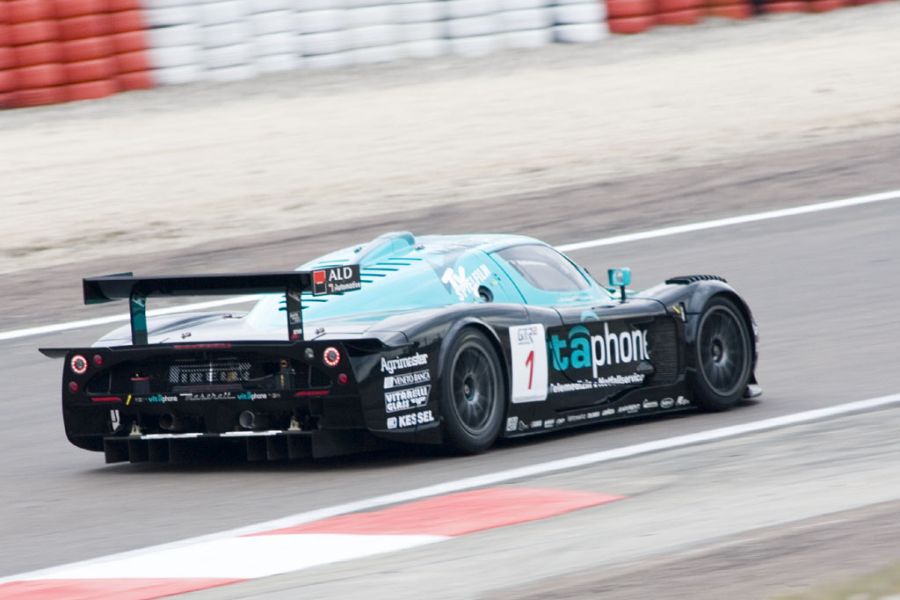 In the 2006 FIA GT Championship, only Michael Bartels’ Vitaphone Racing was running Maserati MC12s. With five wins in ten races, including a victory at Spa 24 Hours, the team defended its championship title.

In the drivers’ standings, Michael Bartels and Andrea Bertolini were the champions. They won three races with #1 car, including 24h Spa, where Eric van de Poele was the third driver. The other victorious crew in the #2 car were Thomas Biagi and Jamie Davies.

Among the drivers, Thomas Biagi was the most successful, taking the championship title after two wins. At Silverstone, his co-driver was Mika Salo. At Oschersleben, Biagi was joined by team owner Michael Bartels. Other race winners with Maserati MC12s were Miguel Ramos, Christian Montanari, Andrea Bertolini and Andrea Piccini.

2008 – Bartels and Bertolini on the top again

In the 2008 FIA GT Championship season, Vitaphone Racing returned with a pair of MC12s. Michael Bartels and Andrea Bertolini were sharing the #1 car, Miguel Ramos and Alexandre Negrao were in the #2 car.

The season ended with another Teams’ championship title and Drivers’ title for Bartels/Bertolini. They win two races, including Spa 24 Hours. At Spa, their teammates were Eric van de Poele and Stephane Sarrazin.

In the 2009 FIA GT Championship season, the Vitaphone Racing won the fifth consecutive Teams’ Championship in the GT1 class, while Andrea Bertolini and Michael Bartels gained their third Drivers’ Championship. They won two races during a season.

The other pair of Vitaphone Maserati drivers were Miguel Ramos and Alex Müller, who ended in the sixth position. Starting from the fourth round, the team entered a third car under the name of Vitaphone Racing Team DHL, driven by Matteo Bobbi and Alessandro Pier Guidi. They win the season-closing race at Zolder. 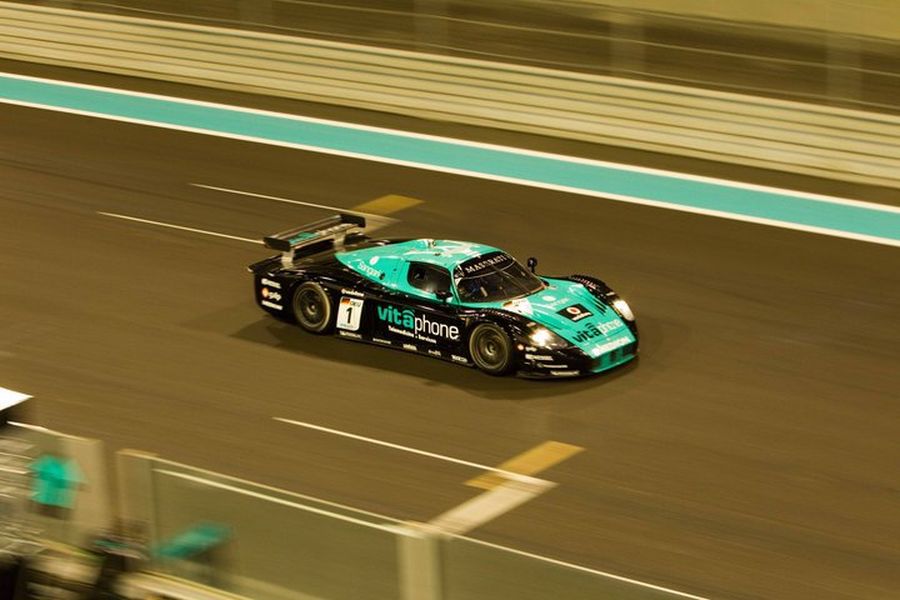 In its last competitive season Maserati MC12 was victorious again

In 2010, the FIA GT Championship was converted to the FIA GT1 World Championship. Vitaphone Racing was the first Maserati squad with Altfrid Heger’s Triple H Team Hegersport as the second team. Michael Bartels and Andrea Bertolini were sharing Vitaphone’s #1 car again, with Miguel Ramos and Enrique Bernoldi in the #2 car. Hegersport also fielded two cars, using services of ten drivers during a season. 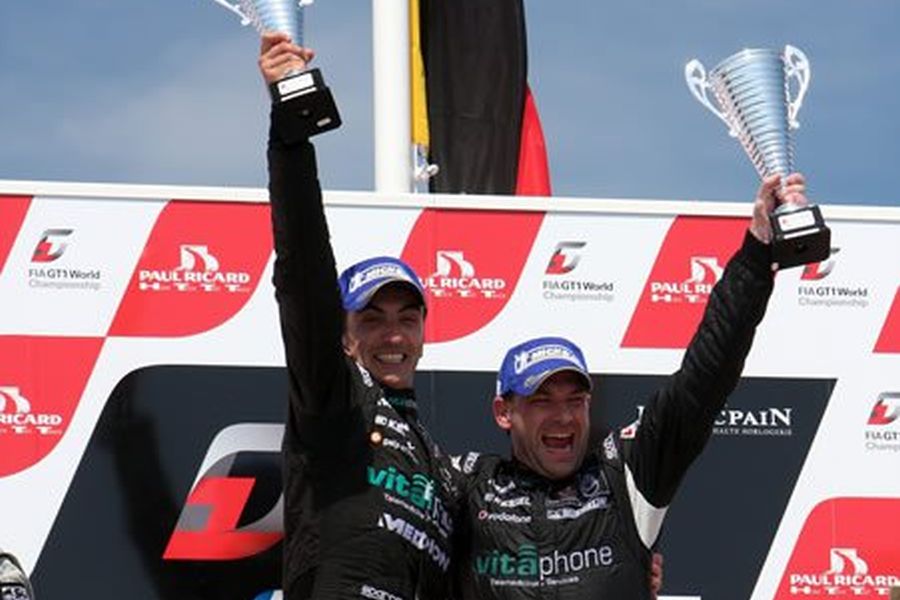 MC12 was a championship-winning car in Italy

Michael Bartels and his Vitaphone Racing Team deserve a special place in Maserati’s motorsport history with their collection of FIA GT/GT1 championship titles but Maserati MC12 also gained some success in other competitions.

In the domestic Italian GT Championship, Scuderia Playteam won the teams’ title in 2005. In 2006, the team repeated the success while Toni Vilander and Gianbattista Giannocaro took the drivers’ title. The other Italian team, Racing Box, scored two consecutive wins at the non-championship race 6 Hours of Vallelunga in 2005 and 2006. 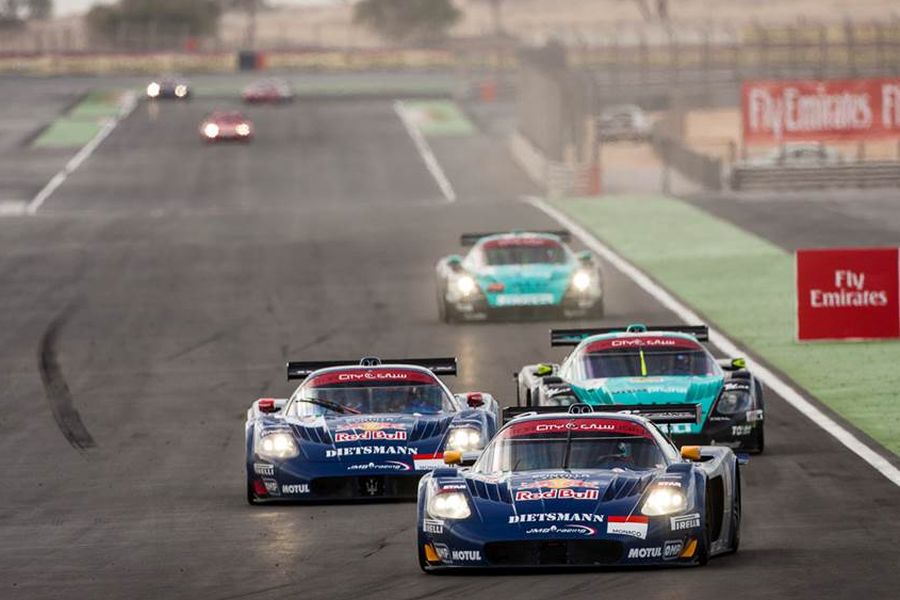 The original Maserati MC12 was too wide and too long to compete under ACO regulations in the Le Mans Endurance Series or the American Le Mans Series. In 2005, IMSA (International Motor Sports Association) allowed the shortened MC12 to compete in the ALMS as a guest entry not eligible to score points. Risi Competizione was running one car under the Maserati Corse banner with Andrea Bertolini, Fabio Babini and Fabrizio de Simone as drivers. Their best result was third place in two races.

In 2007, Doran Racing fielded Maserati MC2 in the American Le Mans Series and the team was allowed to score points in the GT1 class. Didier Theys and Fredy Lienhard finished in the third place at Road America and retired from a race at Road Atlanta’s Petit Le Mans.