Christian Pescatori is an Italian former racing driver who achieved the most in the international sports car racing. His first success was a championship title in the 2000 Sports Racing World Cup. In 2001, he was the NGT class champion in the FIA GT Championship. Driving for Audi, he won Sebring 12 Hours in 2002 and scored two overall podiums at Le Mans 24 Hours in 2001 and 2002. His last big success was GT1 championship title in the 2005 Le Mans Series. 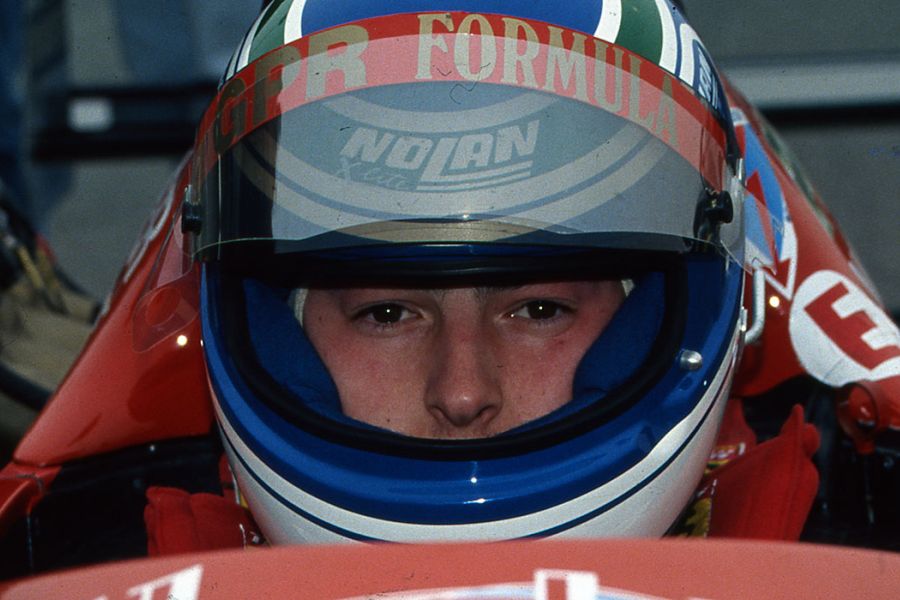 Christian Pescatori was the Italian F3 champion in 1993

Born in December 1971 in Brescia, Christian Pescatori spent few years in karting competitions before making a debut in the Italian Formula 3 in 1991. He stayed in Formula 3 until 1993 when he became the Italian F3 champion, beating Marcello Ventre and Giancarlo Fisichella.

In 1994, he progressed to the International Formula 3000 Championship, driving the #31 Reynard-Cosworth for the Italian Durango team. He was 17th in the points in his first F3000 season. He stayed with Durango for two more seasons in the Formula 3000, finishing ninth in 1995 and tenth in 1996.

At the end of 1996, Pescatori left open-wheel racing and switched to GT racing in 1997. He joined BMS Scuderia Italia to drive a Porsche 911 GT1 in the FIA GT Championship. His partner in the #22 Porsche was Pierluigi Martini. They scored no wins or podiums in the championship.

In July 1997, in his debut at Le Mans 24 Hours, Pescatori nearly missed a podium, finishing fourth in the GT1 class. His co-drivers in the #27 Porsche 911 GT1 were Pierluigi Martini and Brazilian Antonio Hermann de Azevedo.

In 1998, Pescatori stayed with BMS Scuderia Italian but decided to try touring car racing, driving an Alfa Romeo 155 TS in the Italian Super Touring Car Championship.  He wasn't successful, finishing 11th in the points, so he returned to sports car racing in 1999. 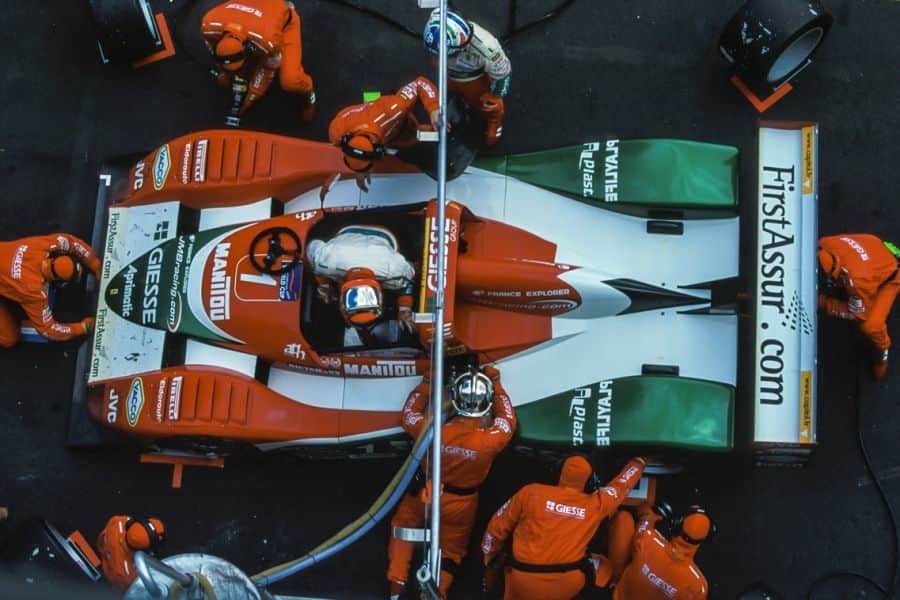 His return was successful, as he was among the front-runners in the 1999 Sports Racing World Cup, driving the #23 Ferrari 333 SP for BMS Scuderia Italia. He finished third in the final standings, sharing a car for most of the season with Emanuele Moncini. At 1999 Le Mans 24h, he Pescatori didn't finish a race in a Ferrari 333 SP he was sharing with Mauro Baldi and Jerome Policand.

In 2001, Pescatori had a double programme with Ferrari, driving for JMB Competition in the NGT class of the FIA GT Championship and for BMS Scuderia Italia in the FIA Sportscar Championship.

He and David Terrien were partners in the #62 JMB Ferrari 360 Modena, winning five races and taking the FIA NGT title. They were also class winners of the non-championship Vallelunga 6 Hours race. In the FIA Sportscar Championship, Pescatori managed to win one race, together with Marco Zadra in the #1 Ferrari 333 SP, finishing 8th in the points. 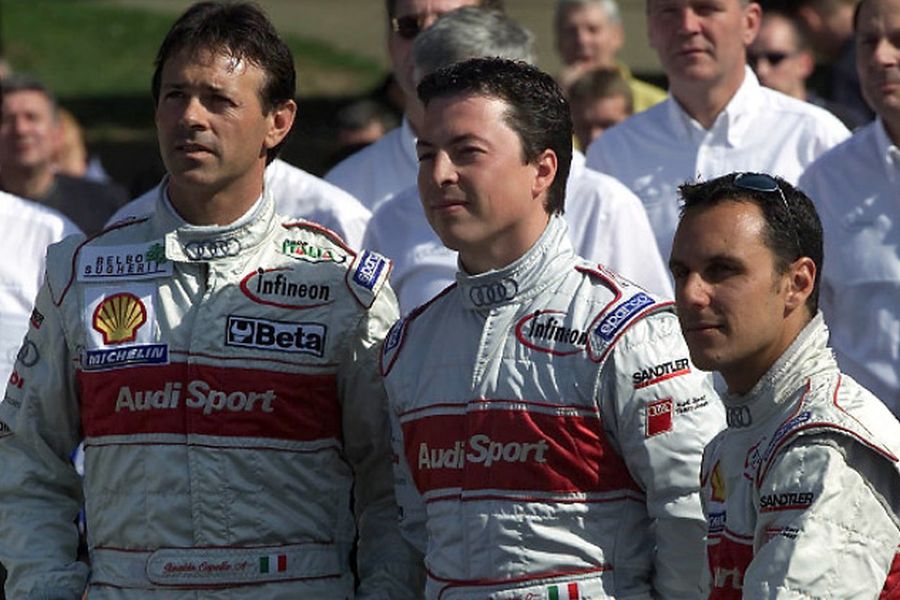 While driving for Ferrari in two competitions, Pescatori joined Audi to drive the #2 Audi R8 at 2001 Le Mans 24 Hours.  In his debut with Audi, Pescatori achieved a fantastic result, finishing second overall together with Laurent Aiello and Dindo Capello.

The next great success with German manufacture came at 2002 Sebring 12 Hours. Pescatori, Johnny Herbert and Rinaldo Capello were the winners in the #2 Audi R8. In June 2002, Pescatori returned to Le Mans with Audi, sharing a car with Herbert and Capello. They finished second, behind teammates in the #1 Audi R8. 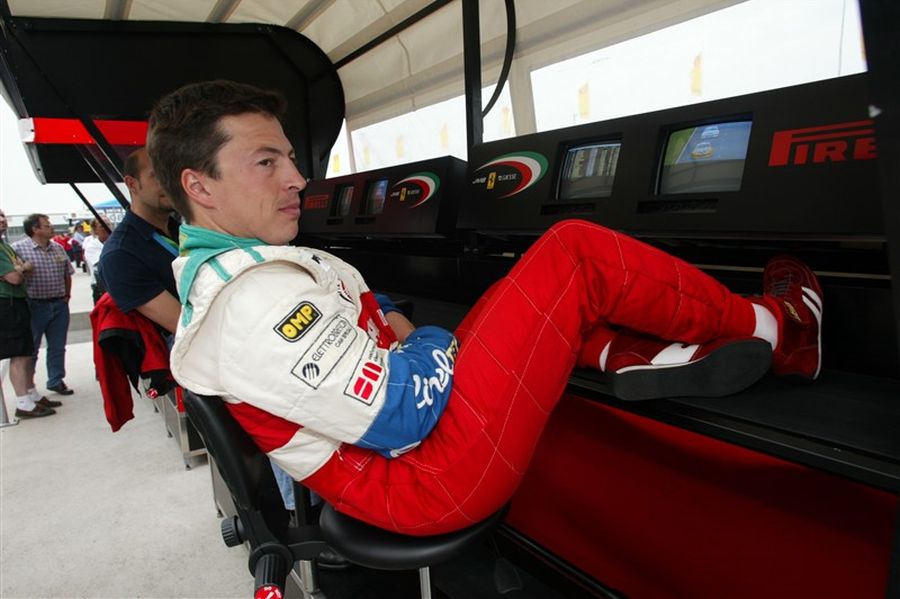 Vice-champion in the 2002 FIA GT Championship

In 2002, Pescatori had a full-time commitment with JMB Racing in the FIA GT Championship, driving the #50 Ferrari 360 Modena in the NGT class. Sharing a car with Andrea Montermini and scoring two wins, he finished second in the points, behind Freisinger Motorsport's Stephane Ortelli.

In 2003, Pescatori progressed to main class of the FIA GT Championship, driving a Ferrari 550 Maranello for JMB Racing. The results were disappointing and he scored points in just one race.

In 2004, Pescatori returned to NGT class of the FIA GT Championship, driving a Ferrari 360 Modena GTC  for GPC Squadra Corse. He finished fifth in the points, after winning one race together with Fabrizio de Simone and another race together with Jaime Melo. 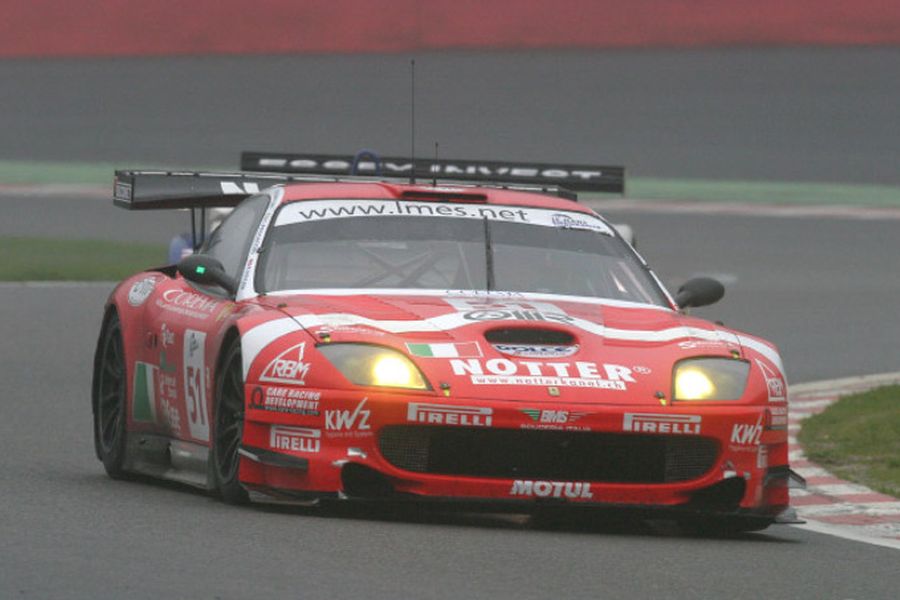 In 2005, Pescatori rejoined BMS Scuderia Italia to drive for the team in the Le Mans Series and Italian GT Championship. In the Le Mans Series, he was driving the #51 Ferrari 550 Maranello, scoring two wins and taking the championship title in the GT1 class. His teammates were Michele Bartyan and Toni Seiler.

In the Italian GT Championship, Pescatori was a GT2 class winner two times in the #54 Ferrari 360 Modena GTC, ending a season in the third place, together with Michele Bartyan.

At 2005 Le Mans 24 Hours, Pescatori participated in the #51 Ferrari 550 Maranello GTS, sharing a car with Fabrizio Gollin and Miguel Ramos. They retired after 67 laps.

Driving an Aston Martin in his last season

In 2006, BMS Scuderia Italia switched from Ferrari to Aston Martin DBR9. Pescatori was sharing the #24 Aston Martin with Miguel Ramos, Matteo Malucelli and Fabio Babini in the GT1 class of the FIA GT Championship. Not scoring wins or podiums, he finished 16th in the points. At Spa 24 Hours, Pescatori finished fourth in the #23 Aston Martin.

At the end of the season, Pescatori retired from Professional racing. He returned one more time to Spa 24 Hours in 2009, driving a Ferrari F430 GTC for  BMS Scuderia Italia. In recent years, he appeared in some historic racing events. He also had some managing duties in different teams, most recently with Villorba Corse. 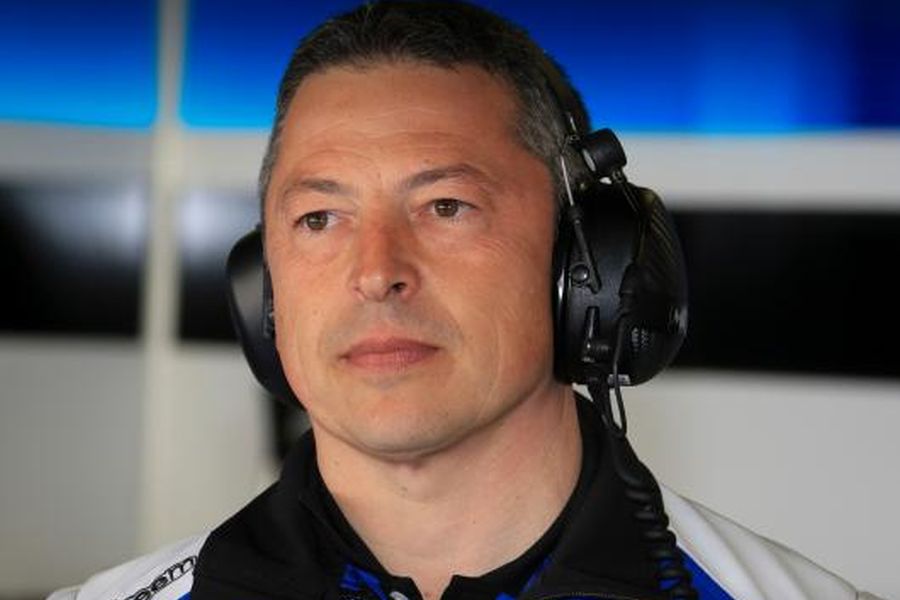