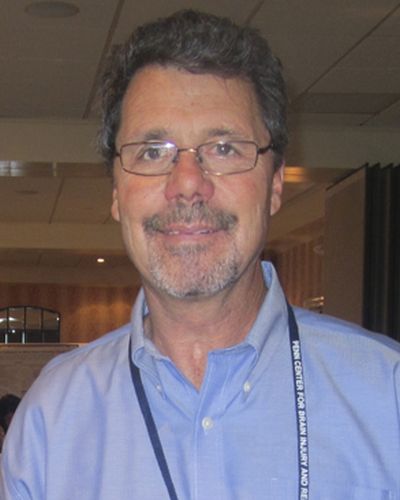 The American stock car racing driver Ernie Irvan competed in NASCAR between 1986 and 1999, collected many awards in his career but never won any championship title. He recorded about 400 starts in all three NASCAR national series, winning 18 times. Before his retirement, he was named one of the NASCAR's 50 Greatest Drivers.

Ernie Irvan, whose full name is Virgil Earnest Irvan, was born on January 13, 1959, in Salinas, California. He began his racing career at the age of 9, driving karts across California. At the age of 15, he  won the California Championship. At the age of 16, Irvan moved up to stock cars at Stockton 99 Speedway and he won his first race. In the next couple of years (until 1981) he raced every weekend at Madera and Stockton, winning numerous feature events.

In 1982, Ernie left California and moved to Charlotte, North Carolina. He was doing various jobs to collect money for racing. In the next couple of years, he mostly competed in the late model races, until he met car-builder Marc Reno. They became friends and business partners, building Irvan's first NASCAR cars.

Irvan had a NASCAR Busch Series debut on October 4, 1986, at Charlotte Motor Speedway, driving the #09 Pontiac in the All Pro 300 race. He retired due to engine failure after 160 laps. Two weeks later, he retired again at North Carolina Motor Speedway in Rockingham. Irvan's first Winston Cup car was #56 Chevrolet Monte Carlo, again built by Irvan and Marc Reno.  Irvin debuted with that car at Richmond Fairgrounds Raceway, on September 13, 1987, but again retired due to overheating.

On September 27, Irvan moved to D.K. Ulrich's #6 Chevrolet and finally finished his first NASCAR race, scoring the 15th place at Martinsville Speedway. Until the end of the season, he scored even better results, finishing 8th in the #56 Chevrolet at Charlotte.

After a difficult debut season, Ernie joined D.K. Ulrich's US Racing in 1988, to drive #2 car for his first full Winston Cup season. He participated in 25 races, combining Chevrolet and Pontiac. His best result was the 11th place in fall's race at Martinsville. Irvan was 26th in the overall standings, losing the Rookie of the Year award by three points from Ken Bouchard.

In 1989, Irvan started all 29 races of the Winston Cup season, driving D.K. Ulrich's #2 Pontiac. He scored his best result at Martinsville again, finishing sixth. He was close to victory at Bristol, leading for 56 laps before an accident happened on lap 167. With four Top 10 finishes, Irvan was 22nd in the final standings of the 1989 season.

Ulrich's team had financial problems and it forced Irvan to join Junie Donlavey's team in 1990. After only three races with True Cure-sponsored #90 Ford, the lack of sponsorship money forced Irvan to make another move. He joined Morgan-McClure Motorsports to drive the #4 Kodak Oldsmobile. In March, at Atlanta, Irvan entered Top 5 for the first time, finishing third.

In April's race at Bristol, he took his first pole position. In August,  again at Bristol, the maiden victory finally came. Irvan won the Busch 500 race, after leading 120 out of 180 laps in the #4 Kodak Chevrolet. At the end of the season, Irvan was ninth in the points.

The season of 1991 started with a sensational victory at Daytona 500. He started second, led for 29 laps and won ahead of Sterling Marlin. Irvan's next victory came in August at Watkins Glen International Raceway. In 29 starts, Irvan collected eleven Top 5 finishes and nineteen Top 10 finishes. He was fifth in the points, which was his best season in a career.

During 1991, Irvan competed on a part-time schedule in the Busch Series, driving his own #10 Mac Tools Chevrolet. He participated in 15 races and scored his maiden Busch Series victory in October at Rockingham.

During his most successful season, Ernie earned the nickname 'Swervin Irvan' because of his aggressive driving style.

In 1992, the #4 Kodak Chevrolet was victorious three times: at Sonoma in June,  Daytona and Talladega in July. Although he had more wins than in previous year, Irvan was eleventh in the points. He was again successful with his own car in the Busch Series, scoring two wins at Watkins Glen and Talladega. In the Busch Series race at Atlanta, he had a severe crash, in which he suffered a broken collarbone.

In 1993, his fourth season with Morgan-McClure Motorsports, Irvan added two poles and Talladega victory on his account. Both team and Ernie parted ways in July, after Irvan's friend Davey Allison died in a helicopter crash. Irvan wanted to take his place in the #28 Ford of Robert Yates Racing, but Morgan-McClure team owners were against that.

Irvan debuted in the #28 Yates Racing Ford in September at Darlington. A few weeks later, at Martinsville, Irvan scored his first victory with #28 car. Irvan dedicated his victory to Allison. One more win followed in October at Charlotte.Irvan was ranked ninth in driver standings when he left Morgan-McClure, until the end of the season he jumped to the sixth place in the final standings.

In 1994 season, Ernie Irvan was one of the main championship contenders. In 20 races he scored three wins (Richmond, Atlanta and Sonoma) and thirteen Top 5 finishes, including six second-places. He was in the second place, 27 points behind Dale Earnhardt.

And then the unfortunate accident happened, that changed Irvan's life. On August 19, during the practice session for the GM Goodwrench Dealer 400 race at Michigan, Irvan had a front right puncture and his car went into the Turn 2 wall. His speed was over 170 mph before the crash.

Irvan was immediately airlifted to Saint Joseph's Hospital in Ann Arbor, Michigan. He was diagnosed with critical brain and lung injuries and given only a 10% chance of surviving the night. Fortunately, he survived. After two months, at NASCAR Awards Banquet in New York's Waldorf-Astoria Hotel, Irvan walked climb up onto the stage to receive the True Value Hard Charger Award. Despite missing the final 11 races, Irvan was still ranked among the top five for the most laps. In the overall points, he was 22nd.

After Michigan's accident, Irvan returned to the #28 car in 1996

Back on the race tracks after a one year off

Throughout the first eight months of 1995, Irvan went through rehabilitation and strength training to regain his physical strength. On September 16, Irvan was already prepared for the competition. He returned to the race track at Martinsville, entering for the first time NASCAR Truck Series race. He didn't start the race because the qualifying was stopped because of rain and the field was set by points standings. In the second attempt, at North Wilkesboro Speedway on September 30, Irwan was the second fastest qualifier. In the race, he retired due to suspension failure.

A day later, at the same track, Irvan returned to the Winston Cup Series. Since Dale Jarrett was driving the #28 Yates Racing Ford, Irvan ran the #88 car also sponsored by Texaco Havoline. After starting in the seventh position, he took the lead on lap 125 and led for 31 laps. He finished in the sixth position. In the season's finale at Atlanta Motor Speedway, he finished seventh.

Two wins in the comeback season

For the 1996 season, Yates Racing put Irvan back in the #28 car while Dale Jarrett was driving the #88.  Irvan's comeback season started well when he qualified second for the season-opening Daytona 500 and won the 125-mile qualifying race at Daytona.

He scored the first comeback victory in July at New Hampshire and another in September at Richmond. With twelve Top 5 results, he finished tenth in the final points.

On June 15, 1997, Ernie Irvan scored his 15th Winston Cup victory, probably the most important in his life, as the one he won at Michigan Speedway, on the track where he nearly lost his life three years earlier. During the season, he collected five Top 5 finishes and ended the season in the 14th place.

It was Irvan's last season with Yates Racing, he joined MB2 Motorsports for 1998, to drive the #36 Skittles Pontiac. His best result was sixth place in five events, including Daytona 500. He missed the last three races of the season, while recovering from the injuries he got at Talladega in October, and finished 19th in the points.

Retirement after one more accident at Michigan Speedway

In 1999, Irvan continued to drive the #36 for MB2 Motorsports. Sixth place at Las Vegas was his best result. On August 20, five years after his near fatal accident, Irvan again crashed at Michigan Speedway. He was driving his own #84 Pontiac in a practice session for the Busch Series race. In a hospital, he was diagnosed with a mild head injury and a bruised lung.

Two weeks later, on September 3, 1999, surrounded by his wife and two children, Irvan announced his retirement from driving at a press conference in Darlington, South Carolina.

Helping his son Jared to start a career

After a retirement, Irvan announced his plan to start a Cup team with Mark Simo, his partner from the Busch Series and Truck Series, but it was never materialized. In March 2000, a fire in his house destroyed all of his trophies, so NASCAR presented him with replicas of the lost trophies.

In recent years, Ernie is following a career of his son Jared (born 1998), who debuted in the NASCAR K&N Pro Series East in 2015.